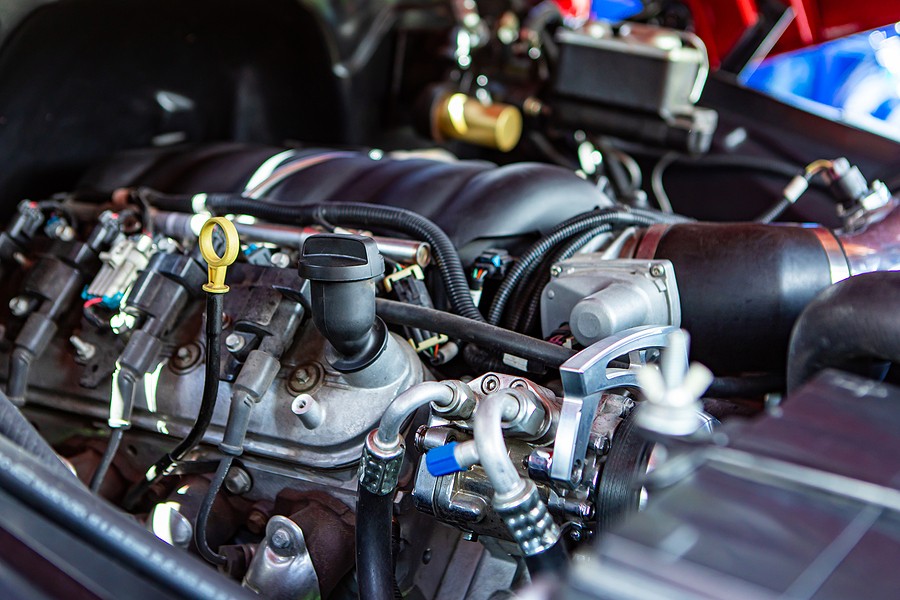 If you're wondering, “what can stop a turbo from working?” Take a closer look at these common causes of turbo engine failure:

We’ve all heard about the amazing features we can get when driving turbocharged vehicles. They’re much quieter and produce more torque and energy without wasting too much fuel. That’s why many manufacturers are now switching to turbocharged engines.

Unfortunately, despite the amazing features, you can get from these vehicles, this doesn’t necessarily mean that they’re problem-free. Many causes could stop your turbocharged engine from working. Familiarizing yourself with these causes helps you be prepared if something happens suddenly. It also allows you to learn about how to prevent problems from happening in the first place so you can save yourself a ton of money on repairs.

This article walks you through all you need to know about “what can stop a turbo engine from working?” In addition, it highlights the main cause of turbo engine failure as reported by automotive experts. Finally, the article also provides a general overview of the difference between standard and turbocharged engines.

What is the turbo engine, and how is it different from the standard engines?

Before we dive into the details about the main causes of turbo engine failure, it is critical to understand the biggest difference between the normal engine and the turbo engine. This way; we can have a good idea about what to expect in major damages.

The biggest difference between turbo and the standard engine is how they operate and how they withdraw natural air. Typically, standard engines withdraw air through the intake valve. However, turbo engines reuse exhaust gases and speed up the process the produce more energy without wasting so much fuel. That’s why turbo engines are considered more economical.

When running a vehicle with a turbo engine, you enjoy a ton of benefits, including:

If you have a turbo engine the same size as a standard engine, you typically have more power than the standard engine. This is because every time the spark plug sends a spark, your engine generates way more energy than the naturally aspirated engine. That’s why many manufacturers are moving towards smaller vehicles because they can now use a much smaller engine to generate the required power. For example, Ford decided to install a new 1L turbocharged engine instead of the 1.6L engine, which they referred to as “Eco-boost.”

Since turbocharged engines are much smaller than petrol engines, they typically are considered more economical and fuel saver. They also reduce the number of harmful emissions that could get to the environment.

All turbocharged engines are known to produce better torque than their petrol counterparts. With that, your engine doesn’t need to go through a high range of rev to achieve the required performance.

Finally, turbocharged engines are relatively quieter than any petrol engine as they utilize more pipes and fittings, eliminating potential loud noises in the intake and exhaust.

What can't stop a turbo from working? Causes of turbo engine failure

Now you have a good understanding of the main difference between standard and turbocharged engines; you need to learn about the common causes of a turbo engine failure so you can prevent them from saving yourself thousands of dollars on repair.

Let’s take a closer look below at some of these causes:

One of the most common causes of trouble engine failures is when carbon buildup between Wastegates and intakes. Sometimes carbon can build up inside the exhaust gas regulation valve, which is even more critical.

The more the carbon is, the pool road the engine's performance, and that's why it can lead to significant hot spots within your engine that could damage it in no time. These spots can be the main cause of cracked engine housing, and at some point, you might deal with complete engine failure because of the excessive carbon buildup.

Another common cause that could lead to significant problems in your turbo engines is when the catalytic converter is not working properly. As you might already know, the turbo engine is linked somehow to the exhaust system, and it utilizes the old gases again to use it for the engine processes. If the catalytic converter is not working properly, it impacts how the engine breathes, and it's known as a problem with buffering.

During engine buffering, the turbo engine is trying to withdraw some air, and the catalytic converter is just blocking this air from going. As a result, it causes some stress on the turbocharged engine leading to its failure prematurely.

In general, problems with the kettle to the converter are very common and could be the main cause of turbocharged engines' damage. This is because the catalytic converter is expected to last up to 15,000 kilometers, which is not a big deal for car repairs and car problems.

Whether you're driving a standard engine or a turbocharged engine, lubrication is a very critical component to maintain this engine and prevent its pure damages.  The turbocharged engine requires enough lubrication to reach the internal components, including the impellers and the shaft, so it works properly. However, if there is any problem with the seals, oil might leak, impacting how your engine receives lubrication. That's why don't be surprised to deal with broken impeller shafts or other damages within your engine if you don't maintain the right level of lubrication.

Checking your engine oil is not a complicated job, and considering what can happen to your turbo engine should encourage you to maintain a proper check-up on your oil level. Whenever you notice any warning sign indicating that your engine oil is running low, you should immediately pull over and check the oil level and top it off if needed. If you confirm a problem with an internal or external leak, you must take care of it immediately so you don't deal with extremely high repair costs replacing your turbo engine.

Driving a vehicle with a turbocharged engine requires a specific style of driving. For example, if you are used to immediately turning off your engine suddenly or being very harsh on the way you rip your engine, this might lead to premature damages to your turbo engine.

Most automotive experts recommend allowing your turbo engine to idle for a little time. Hence, the required amount of lubrication gets to the different components, and you enjoy the best performance without damaging your engine.

Unlike the standard engine, the turbocharged engine contains a lot of fittings and pipes. While this is a good thing because it eliminates many of the noises, it is an indication that you must take care of these pipes, and it's uh an indication that there's a very high chance for other problems to deal with.

For example, if the breather hose or the boost pipe gets ruptured or damaged, it can lead to significant damages to your turbocharged engine. Therefore, automotive experts recommend keeping an eye for any symptom indicating minor damages within these fittings because you don't want to deal with the other more complicated damages.

There are plenty of online articles and other researchers who posted things about detecting these minor problems before it gets more complicated and damage your turbo engine.

How much does it cost to repair a broken turbocharged engine?

Typically, turbocharged engine repair cost ranges from $3,600 to $4,110. This, however, doesn’t cover labor costs, which can be a big component considering the excessive time needed to repair this type of engine.

Keep in mind that labor cost differs significantly depending on where you get the job done. For instance, if you get your engine repaired at a small independent shop, labor costs will be way less than going to a dealership. However, you want to ensure that the mechanic has the right level of experience to fix the engine without introducing major problems. Some problems introduced by mistakes might cost you thousands of dollars, considering you’re working on a very sensitive component.

Turbo engine repair is not something you can do yourself unless you’re a professional mechanic and have the required tools.

How to avoid turbo engine damages?

Since carbon buildup is one of the main causes of turbo engine problems, you must perform regular clean-up to your engine if there are plenty of available commercial products that could help you clean the engine yourself without needing a professional so you can save a ton on labor costs.

Performing regular check-ups to your catalytic converter helps you save on labor and parts costs. Therefore, you must keep an eye on any symptom indicating that the catalytic is failing or is about to fail. This way, once you detect the problem early, you can probably fix it without installing a new catalytic converter.

As we highlighted earlier, you must familiarize yourself with the different tips and habits you should implement when driving a vehicle equipped with a turbocharged engine. It's not like driving a petroleum engine, and you should be aware of what needs to be done, so you don't deal with these major problems because of your driving habits.

Your vehicles owner’s manuals should have detailed information about what needs to be checked and when. You must follow the manual and keep an eye on all components around your vehicle. You never know what minor issue can cause and lead to significant damages. Your manual should give you an idea about how often you should check your oil level and replace it. It also details the carbon buildup issues and how often you should clean up the engine.

Turbo engines are amazing innovations in the world of automobiles. It brings tons of benefits ranging from better performance to enhanced fuel economy. But, unfortunately, these engines are still susceptible to damages like any other standard engine. Therefore, it is critical for you as a driver to familiarize yourself with the common causes of turbo engine failures.

This article provided you with a detailed summary of these causes. It also highlighted how expensive it is to repair a turbo engine. That’s why automotive experts recommend evaluating your situation before spending a penny fixing these engines. For instance, if you realize that repair costs are close to 75% or more of your vehicle’s value, it is never worth the repairs, and you should sell your vehicle instead.

If you're planning to sell your car today as of 2021-2022, cash cars buyer is one of the best options that guarantee to remove your car! All you need to do is reach out to our customer service at 866-924-4608. We are willing to provide you with all details and an instant quote that won't take any time or effort!

Our offers are free and fast! So, give it a try today!