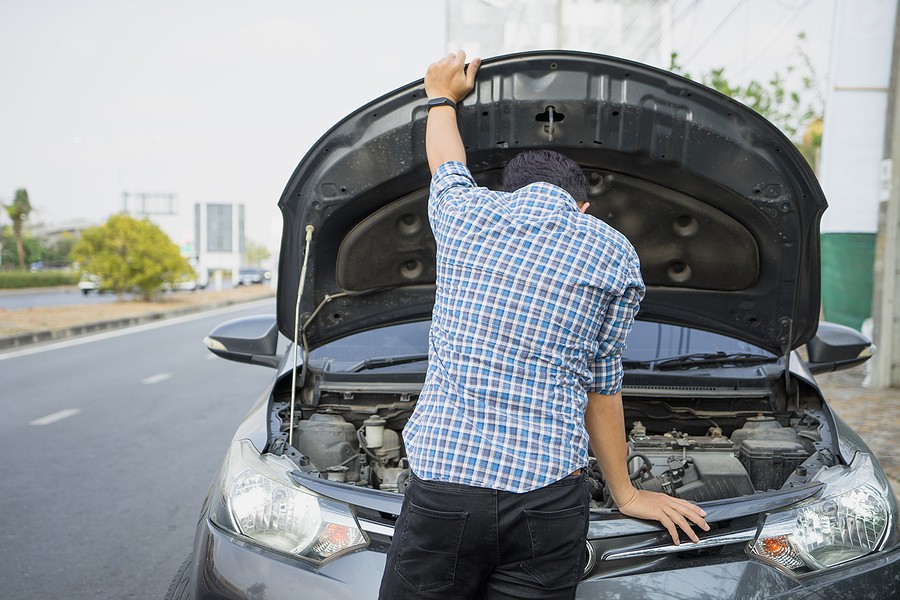 The last thing you want to hear as a driver is an unwanted noise that indicates some type of internal problem in your car. Hearing clunks, bangs, buzzing, and car squeaking noises can alter the drive and passengers to issues within the electrical, engine, transmission, fuel, or other type of system. Unfortunately, sometimes these problems lead to expensive repairs and replacements.

By diagnosing the car squeaking noises before they worsen over time, you can help keep repair costs as low as possible. Keeping an eye and ear out for anything out of the ordinary while operating your vehicle can ensure any internal issue does not go on for too long without being fixed.

Let’s see the most common causes of the car squeaking noises, the total repair prices, and how you can fix them as quickly as possible!

We will go over the four main causes of your car squeaking while driving. Make sure you keep an eye on your alternator function, pulley bearings, drive belt longevity, and belt tensioners.

The alternator is a generator of electrical power within your car. It is a main component of your vehicle’s electrical and charging system. All cars with an internal combustion engine have an alternator.

Signs of a Faulty Alternator

Warning Light – The most common symptom is the battery-shaped warning light on your dashboard. If this light doesn’t come on, the “CHARGE” icon could also come on while you're driving. This warning light typically comes on when you turn the ignition, but it should turn off as soon as the engine is started.

If the light stays on, it is a clear sign the alternator is causing the car squeaking noise. You should choose a mechanic to do some testing on the alternator and any electrical reasons for the light coming on while your engine is running.

Headlights Dim – The second symptom of a damaged alternator is the dash lights and headlights dim while your car is idling, but turn brighter while the engine is turned on. In addition, if there are poor connections with your battery terminals or a loose drive belt, that could cause the car squeaking noise. A whining and buzzing noise from the alternator is another symptom of alternator trouble.

Slow Engine Cranks – When the alternator is damaged and not working correctly, the car’s engine will crank very slowly. In order to figure out if this is the problem, you need to check out the ignition system before making a decision the alternator is at fault. The inability to crank might also be partnered with car squeaking, indicating a broken drive belt.

Check Your Alternator for Car Squeaking

If you notice the signs and symptoms of a faulty alternator and think it is the culprit of the car squeaking noises, you need to perform some tests to see if your suspicions are right.

If you have a voltage gauge, it will show the alternator output for you, and it will be easy to read and see the levels. Power the engine at least 2,000 RPMs for testing purposes. If the voltmeter is high when the engine is running, you can assume the alternator is not at fault for the car squeaking noises.

While the engine is running, listen to the alternator. If there is a problem with the bearings, you could hear a car squeaking sound coming from the front of the car. The car squeaking sound will become louder when you have more electrical items on at the same time, such as the radio and air conditioning running simultaneously at a high power.

After you turn the radio on, rev the engine to a higher power. Tune your radio to a low number on the AM frequency band with no music playing. If the radio continues to whine and makes a car squeaking noise, the alternator could be the issue.

To determine if your alternator really is the issue, you should try to find an auto parts store that can test your alternator. Dismount your alternator and bring it into the store for testing. If you find the car is beyond repair and are tired of the car squeaking, you can use CashCarsBuyer to sell your car for cash – fast!

The serpentine belt, also known as the drive belt, is the belt on a car engine that works in tandem with the car idler, tensioner, and idler pulleys inside of the accessory drive belt system helping to power the car. This serpentine belt provides the necessary power for the air conditioning, alternator, power steering, and the system water pump.

If you open the hood in a modern car on the market with either a gasoline or diesel engine, you will notice at least one serpentine belt in your car. There can also be cars with two or three belts, while electric cars do not have any serpentine belts. The function of the serpentine belt is to drive accessories like the alternator, and differs from the timing belt.

The timing belt runs the camshaft and is hidden under protective covers. So, what happens if the serpentine belt breaks or you hear car squeaking noises?

Luckily for car owners, unlike other engine problems, it is very inexpensive in the grand scheme of car repairs to replace a driving belt, whether it is completely broken or just loose.

The idler pulley is the part of your system that drives the belt of a vehicle. It directly correlates with the drive belt, serpentine belt, and your car’s engine, helping to regulate the crankshaft and engine accessories.

Idler pulleys are the engine pulleys that guide the tension in the belts. These drive belts control accessories like the alternator, power steering pump, and the AC Compressor, helping to make a smooth rotating point for the engine belts so that power and energy can be easily transferred. However, over time these belts and pulleys can wear out, leading to a car squeaking noise and other obvious symptoms.

If you find the pulley bearing is causing the car squealing noise, we need to know why this is happening.

Over time, regardless of how many pulleys your vehicle uses, an idler pulley will eventually become worn out and run down and prevent the timing belts’ proper functioning. You can notice this happening by obvious signs and symptoms in your car. Keeping an eye and ear out for these car squealing noises, sounds, feelings, and occurrences in your vehicle can keep your car running safely.

Looking at the average price of the idler pulley replacement, certain factors can affect how much you might pay for this fix – like where you get the procedure and service done. You can expect to pay between $163 and $367 for an average pulley bearing replacement cost.

One of the main causes of the faulty belt tensioners causing the car squeaking noise is misalignment of the belt, the pulleys, and the timing belt teeth.

Replacing a broken timing belt for preventative reasons usually runs between $500 and $900 on average. However, it depends if there are other problems along with the broken timing belt, like if your broken timing belt has destroyed your engine. If it has harmed other parts, it can cost up to $2,000 or more if there is extra damage to the valves, pistons, or water pump.

By diagnosing the car squeaking noises before they worsen over time, you can help keep repair costs as low as possible. Keeping an eye and ear out for anything out of the ordinary while operating your vehicle can ensure any internal issue does not go on for too long without being fixed.