Car Smells Like Burning Rubber and Smoking – What are the possible reasons? 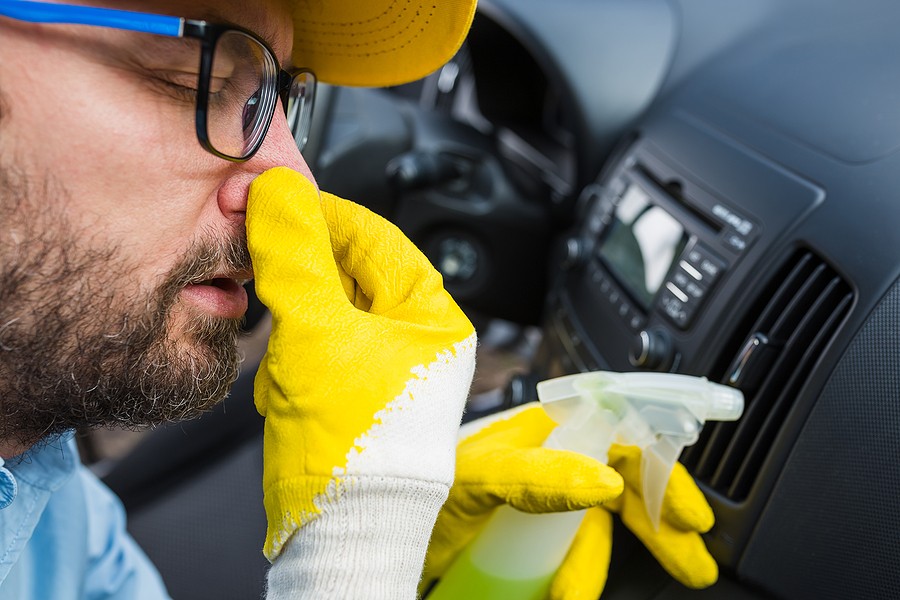 If your car smells like burning rubber and smoking, the problem might be really serious, and you need to have your vehicle inspected and repaired by a professional mechanic.

While some people might think the smoke is not very serious, if it's not too much, they might be sacrificing their vehicle's engine, which could overheat and damage itself.

When it comes to burning rubber smell, the problem is usually related to some excessive heat.

In general, the last thing that you would like to deal with is having your vehicle's engine overheated. Heat is the engine's enemy, and it can destroy it in a very short time.

It's important to understand the different causes that could result in your car smells like burning rubber and smoking. Once you have an idea of the different causes, you can get a smaller list of possible reasons and dig deeper into each one of them to determine the actual culprit.

To resolve to deal with car smells like burning rubber and smoking, there are some solutions that you could do yourself. In contrast, others are more complicated and usually requires a professional mechanic.

Our article helps you understand all about what happened to make your car smells like burning rubber and smoking.

My car smells like burning rubber and smoking, what are the possible reasons?

Rubber is used to create many of your vehicle’s components. It's almost as important as the amount of metal in your vehicle.

It's not surprising to deal with some burning rubber smell as we were driving. This means that one of those rubber components is getting exposed to a lot of heat that might result in burning this rubber.

Mostly burning rubber smell comes from components around the engine where most of the heat is generated. It's unlikely to deal with burning rubber in components that are far away and not exposed to extreme heat.

The reasons causing someone’s car smells like burning rubber and smoking are not direct and cannot always be due to the same problem.

That being said, there are a list of possible reasons for car smells like burning rubber and smoking, including:

If you don't already know, it is a small component that seals the engine cylinder and prevents any oil from making its way two inside the cylinder.

The gasket doesn't have any technical roll in your vehicle but dealing with a blown gasket could result in significant issues with the engine. Imagine if this gasket cannot do its job and leaks some coolant to the cylinders or allows the heat to get outside the cylinder's comma. You will be dealing with a lot of issues in the engine's area.

If the gasket is damaged and a lot of the hot oil or fuel made its way out of the cylinder, there is a very high chance for this oil to burn the rubber components around the engine's area. As a result, you might start smelling some burning rubber in your vehicle.

Of course, the more severe the leak is, the more and stronger smell you will notice.

Dealing with a blown head gasket is one of the fastest ways to deal with a completely damaged engine.

If you've confirmed that this is the reason causing the burning rubber smell, you might not be able to drive your vehicle for any distance. Before you attempt to move your car, it's important to consult a professional mechanic and ask him whether it's safe to drive the car or you should contact it tuned to get it removed and bring it to the repair shop.

If the clutch is pressed on very hard, it can generate a lot of heat due to friction, and this heat might result in your car smells like burning rubber and smoking.

The best solution, in this case, is to learn how to drive the vehicle properly. To do so, you can get in touch with a professional driver who can teach you how much pressure you should put on the clutch.

A couple of lessons could help you protect your vehicle and prevent any significant damages to the transmission system.

Now, if you have already got the clutch to a level where it's completely damaged, you might need to get it replaced and have a professional mechanic install a new piece instead. Otherwise, you might complicate the problem and have it scaled up to damage the entire transmission.

The engine is surrounded by belts keeping it moving and running other components in the vehicle.

The belt is usually connected to multiple components. If any of these components got jammed, the belt might get stuck and overheat due to the hot engine's continuous exposure.

Usually, the main problem causing overheated engine belts is a jammed conditioner compressor pulley. Another important problem that could cause engine belt overheating is a problem with the power steering pump pulley. In some vehicles, the power steering pump pulley is connected to a belt that might overheat and slightly get burnt to cause your car to smell like burning rubber and smoking.

Like the hot from the engine, some means start making, unfortunately, dealing with leaks, in general, is a little complicated when it comes to car repairs.

It's most likely that you will need a professional mechanic to inspect the vehicle to pinpoint the crack's location that made the coolant leak.

In many cases, the leak might not be happening from only one location. So, your professional mechanic will have the proper toolsets to help him identify the leaks' different locations.

While some people might argue that you can identify the leak's location by looking under your vehicle for signs of a leak or some puddles, there might be some small cracks in leaks that you can't identify. It's hard to identify small leaks because a lot of the coolant might evaporate right away after it leaves the different pipes or tubes.

Therefore, your best solution for dealing with a coolant leak is to consult a professional mechanic and have him get the problem resolved.

You can't wait on the coolant leak and keep drying your vehicle. As you might know, the coolant is responsible for maintaining a maximum engine temperature within the acceptable range. If there is not enough coolant in the cooling system, your engine can overheat and get damaged quickly.

It's not very rare to deal with a car smell like burning oil because a small plastic or rubber item got stuck around the engine's bay.

Usually, the engine's area is very hot, and if a simple and small plastic got stop around this area, it can easily melt and start causing the burning rubber smell. This rubber smell could start from this foreign object itself, but it also could happen due to some burns in the actual car components as the plastic object is melting.

It's important to look around the entrance area and make sure that there are no items around it. If there is any, it's important to be very careful before attempting to remove this melting item. Instead, it's better to consult a professional mechanic who could help you remove the item without causing any damages to the engine bay.

Dealing with car smells like burning rubber, and smoking is never fun. The problem might be related to very serious issues that could scarify your entire vehicle.

While some of the causes for a burning rubber smell might be resolved by yourself, there are much more complicated and usually require some help from a professional mechanic

In general, if your car smells like burning rubber and smoking, the problem is happening due to the gasket, the clutch, some coolant leak, for a foreign object stuck to the engine's components.

As a rule of thumb, if you started smelling something like burning rubber or smoking, you must not ignore the problem, and you have to have a professional mechanic repaired as soon as possible.

Never think that waiting on this issue could save you money; it's the other way around; by ignoring the problem, you're introducing more complicated issues that require a lot of time, effort, and money.

PrevPreviousFord 10 Speed Transmission Problems: What You Need to Know
NextMy Car Smells Like Burning Rubber After Driving! – What Happened?!Next