My Car Smells Like Burning Rubber After Driving! – What Happened?! 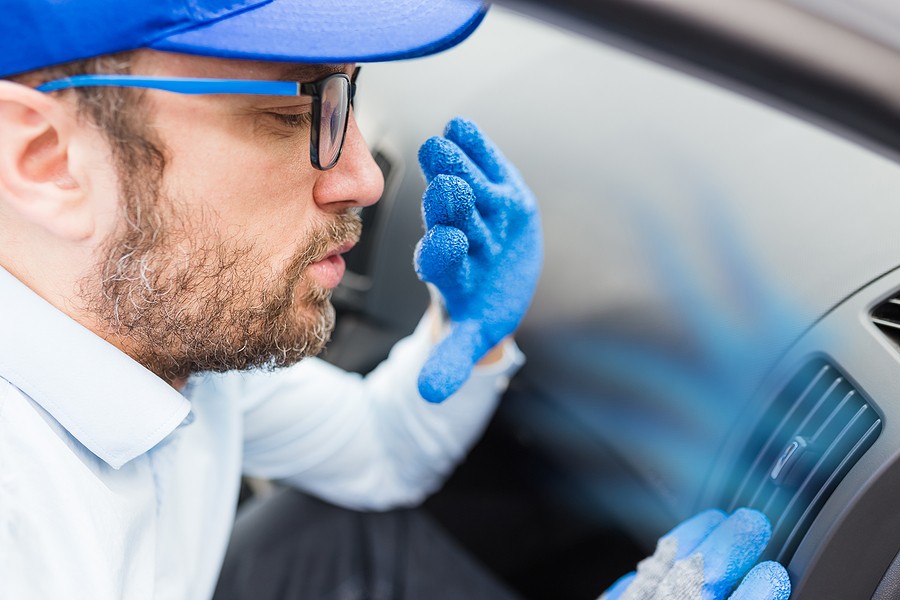 Are you dealing with a situation where your car smells like burning rubber after driving? Well, the problem usually happens after driving for long distances. It's important never to ignore such a situation to prevent complete damage is your engine.

Many reasons could cause a car smells like burning rubber after driving. Usually, these reasons require a professional mechanic to determine the root cause of the problem and help you resolve it as soon as possible.

This article helps you understand multiple causes for any car that smells like burning rubber after driving. They also offer you some suggested solutions and information about whether the problem is very serious, and you must take care of it, or you can wait for some time.

My car smells like burning rubber after driving! What happened?

If your car smells like burning rubber after driving, the problem could be related to one of the following culprits:

This very common problem is usually related to vehicles using manual transmission, and most of the time, it happens with newer drivers.

If you are pressing very hard on your car's clutch, you cause it to press on the car's components heavily and caused much friction. The more friction generated between moving parts, the more heat is generated and the more burning smell you would notice.

Around this clutch, there are multiple components in your vehicle that are made of rubber. As these components get exposed to extreme heat or simply high heat, there is a very high chance of getting burnt.

If that's the situation, your best solution is to drive your vehicle as properly as possible. In other words, it's nice to be very excited about driving a vehicle with a manual transmission, but you need to keep in mind some basic considerations about how to drive this vehicle. It might be worth coordinating with a professional driver who knows how to use this type of car and can help you see what you're doing wrong. This professional driver does not have to come from a certain school; It could simply be one of your friends or family member.

If your vehicle's clutch wears out, the problem was heat due to friction can be much higher, and in that case, you must consult a professional mechanic and have the clutch replaced as soon as possible.

The more you waste on a worn-out clutch, the more complicated the problem is because it can get to the transmission and cause significant transmission damage.

Replacing a vehicle's clutch is not usually a simple process, and you might not be able to do it on your own unless you have the required mechanical skill sets.

Automotive experts usually recommend that you never attempt to do a car repair that you have not done before, especially those dealing with complicated and important car components. This is because the first DIY usually doesn't go right, and you might be introducing additional problems to your vehicle.

Your engine is usually connected to other components with some belts. These belts are responsible for transferring emotion from the engine to the other vehicles' components to provide them with either energy or other different purposes.

If one of the components got stuck or jammed around your engine's belt, there's a very high chance for this felt to stay in continuous touch with a very hot engine that could result in burning it out.

Unfortunately, resolving a burnt-out engine's belt requires replacing the belt with a professional mechanic unless you have mechanical skills.

Like the previously reported problem, you don't want to wait a long time if your engine's belt is melting down because it could result in serious problems around the engine's bay.

Every liquid in your vehicle has certain paths to go through. If it leaks out to any other components, you're dealing with some problems in your vehicle's oil leak is one of the very serious problems not only because it results in some burns around the engine's area, but also you can't run your engine with a low oil because it could get self-destructed.

There is a small component called the gasket between the engine cylinder and the engine's other parts. This gasket is responsible for sealing the cylinder and preventing any oil or fuel from leaking into it.

If for any reason the gasket got damaged, hot oil could leave this wonder into the surrounding rubber components around the engine and result in burning them out.

Your problem here is not the burnt-out rubber; A more serious problem is dealing with an engine running on low oil.

If you don't already know, your engine's oil is responsible for lubricating the engine and making sure that there is no friction between the moving parts. The more friction, the more heat can be generated, and it's not safe for the engine.

Unfortunately, an oil leak is one of the very complicated problems you never want to leave or ignore because the catastrophic damages could happen quickly. In this case, your best option is to consult a professional mechanic and inform him what you're dealing with.

In some very serious cases, you might not be allowed to drive your vehicle an inch to save the engine. Therefore, you need to describe your situation to the professional mechanic as accurately as possible and ask him whether you can drive the vehicle or have it towed to the repair shop.

Similar to the oil problem, the coolant leak is also very serious.

Your coolant is responsible for bringing the engine's temperature down to the optimum level. As this coolant gets heated up, it goes to the radiator to cool down and come back to repeat the cycle.

Again, your problem is more than dealing with burning rubber components; You're dealing with a situation where your car will be running on low coolant.

As bad as the problem is when running on low oil, your vehicle can also get into serious problems if it doesn't have the required amount of coolant to cool down the engine.

Therefore, if you notice any coolant leak signs by looking under your vehicle and seeing puddles of weird liquid, you must consult a professional mechanic and ask him about what to do in this situation. It's important to describe this liquid's color and smell and under the vehicle to make sure that you understand what the actual source of this week is.

Keep in mind that small leaks around the radiator might not be very visible. Your best wait to confirm the cracks' actual locations is to have a professional mechanic use certain tools to identify these cracks.

As you're driving your vehicle, plastic foreign objects are a very high potential to get stuck in the engine's area. Think about it, your engine is very hot, and you're dealing with a plastic object touching the hot engine continuously. What will happen?

Yes! The plastic piece might melt and cause some rubber to burn around the engine's area. To resolve the problem, you need to have your professional mechanic use some specific tools to remove the melted down plastic piece carefully, so it doesn't cause significant damages to the rubber components around your engine.

This problem might be resolved fairly simply without costing you much money. Ignoring it could complicate the problem, and there is a high potential for the rubber components to crack and cause fluids to leak out of the vehicle. When fluids leak out of the car, significant problems are expected.

Never ignore a situation if your car smells like burning rubber after driving! The problem could be very serious and could result in damaging your vehicle's engine. However, some rubber-burning sources could come from less complicated problems that can be resolved easily.

Rubber burning smell after driving usually comes from a bad clutch, a problem with the gasket, an issue with a coolant leak, a melted engine belt, and a foreign plastic piece stuck in the engine's area.

Whatever the reason and the cause for your car smells like burning rubber after driving, you must take care of the problem as soon as possible to prevent dealing with complicated issues that could cost you any money.

PrevPreviousCar Smells Like Burning Rubber and Smoking – What are the possible reasons?
NextAcura Engine Repair Cost – Keep an Eye Out For The Oil Consumption!Next