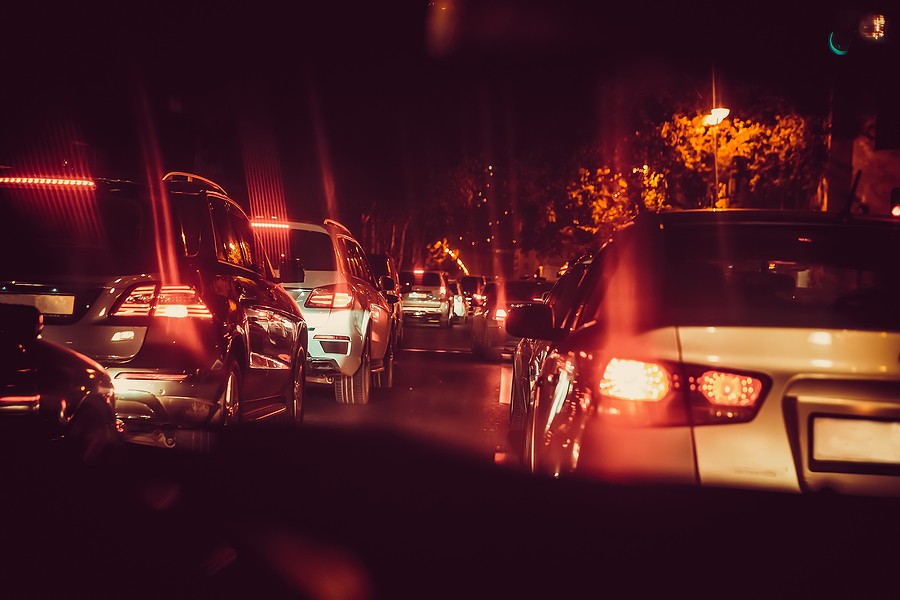 It's very frustrating as a driver when you come to a complete stop and, as you start trying to go again, your car just doesn't want to seem to pick up and go. If you are turning onto a busy road and there are cars coming up behind you, this can be not just frustrating but potentially dangerous as well. If you're not able to keep up with the flow of traffic like you expect, you're running the risk of getting into an accident. Not to mention that there is a certain degree of satisfaction when you're able to put your foot on the gas and just feel your engine open up and take you up to speed quickly and efficiently. When you lack that ability, when your car just is slow to accelerate after stopping, it can really be a problem.

Common Causes for Your Car Not Accelerating After Stopping

Unfortunately, there can be several problems going on under the hood of your car that could lead to your vehicle being slow to accelerate after you stop. Let's take a look at some of the more common ones so you at least have some idea where you might want to look if this problem is occurring in your vehicle.

If your timing belt is not functioning properly, perhaps it's worn thin and some of the teeth that grip the gears at the end of the camshaft and the crankshaft are breaking off, then your timing will suffer as a result. That means your combustion reaction may be happening at the wrong time or not at all, which in turn causes the acceleration of your vehicle to suffer as a result.

Depending on the make and model of your vehicle, the cost of getting a timing belt repair could be anywhere between $300 and as much as about $2,000. On average you're probably looking at around $500 though.

Bad Mass Air Flow Sensor: The mass airflow sensor, or MAF sensor, is attached to the inlet air cleaner. As the name suggests it measures the air mass that flows into the air intake of your vehicle. However, if the air flow sensor gets clogged or covered with grease and dirt so that it can't do its job properly it's going to be transmitting the wrong data to your car's computer. That in turn means your computer is going to miscalculate how much air and fuel needs to be injected into the combustion chamber of your vehicle which will potentially throw off your acceleration.

If you need to replace the mass airflow sensor in your vehicle, it's probably going to cost you about $100 to $150 to get the part replaced.

Bad Oxygen Sensor: The oxygen sensor in your vehicle measures the  exhaust rather than the air being taken into your vehicle. It analyzes the gases that are being expelled from your vehicle so that it can adjust the air-fuel ratio that burns in your engine to provide optimal performance. Just like with the mass air flow sensor, if this sensor gets contaminated it's going to be sending the wrong data to your car's computer. Also, your computer can end up calculating the wrong air to fuel ratio that you need to burn. The results of that can be a bad ratio which will cause poor acceleration.

If you need to get an oxygen sensor replaced, the cost for the part as well as the labour will likely run you somewhere between $200 and $500. Keep in mind that some oxygen sensors for just the part can cost $250 brand new depending on the make and model of the vehicle you drive.

Bad Fuel Filter:  Your fuel filter, as the name suggests, it's meant to filter debris and sediment out of your fuel before it makes it to the engine where it's burned. Essentially, it's not very much different than a coffee filter is. Over time it can get clogged and if it gets clogged badly enough then your engine will not be able to get the amount of fuel it needs in order to have a proper combustion reaction. Your fuel pump will struggle to get enough fuel from the filter into the engine and you could end up not just having issues with acceleration but damaging your fuel pump as well.

Getting your fuel filter replaced by a mechanic will typically cost anywhere from $50 to about $175. It's a little more difficult to get to in certain makes and models of vehicles so that's why the price can get rather high. But for the most part, this is one of the less expensive maintenance jobs you can get done.

Bad TPS Sensor: A TPS sensor, or throttle position sensor, is used to determine the angle of your throttle valve opening. It's connected to the accelerator in your vehicle such that when you put your foot on the gas it translates into how open the throttle goes. However, if the sensor goes bad then it's not going to be able to send the correct data to your car's computer about the speed that you're trying to attain when you put your foot on the gas pedal. Essentially, a busted TPS sensor means that your car doesn’t know exactly how fast you even want to go anymore. As you can see, that would have a definite effect on your ability to accelerate after a stop.

It will cost you about $100 to $250 to get your TPS sensor replaced if you need a new one in your vehicle.

Bad Air Filter:  Clean air is another necessary ingredient to a properly functioning engine. Your fuel has to mix with air to create the combustion reaction that actually makes your car move. But since there can be a lot of contaminants in the air, the air filter in your engine is used to purify the air so that only clean air gets to the engine in order to assist with the combustion reaction. And just like the oil filter or fuel filter, your air filter will get clogged over time. When the air filter gets too clogged it reduces the flow of air and that means that your fuel to air ratio will be thrown off. Just as with the fuel filter being clogged, this is going to translate into an issue with poor acceleration as a result.

Air filters are fairly cheap overall, and pretty easy to replace. You might end up paying somewhere between $10 and $25 for an air filter replacement if you need a new one in your vehicle.

Bad Crankshaft Position Sensor: Crankshaft position sensor, as well as the camshaft position sensor, monitor where your crankshaft in your camshaft are at all times. This allows the computer in your car to make minor adjustments in order to optimize the specific timing of your engine so that the combustion reaction is always taking place at the exact right moment. If the position sensor is not working the way it's supposed to, the data it sends to your computer will be incorrect and the result can be that your car will get the incorrect information about the timing of your engine. The effect of this is similar to when the timing belt is wrong in your engine.

Replacing a bad crankshaft position sensor will probably cost you somewhere between $175 and $250.

Can a Bad Transmission Cause Slow Acceleration?

If your vehicle needs new transmission fluid, you're probably going to end up paying around $300 for the parts and labour to get this job done.

It is possible that bad spark plugs could have an effect on your car's ability to accelerate after you stopped. If one or more of your spark plugs is damaged or contaminated in such a way that prevents it from sparking either exactly what it's supposed to be worse sparking at all then your combustion reaction is going to suffer as a result. Your engine relies on spark plugs to ignite the fuel and air mixture hundreds of times per minute which allows the pistons to rise and fall in the cylinders causing your wheels to move when you put your foot on the accelerator.

If your spark plugs aren't sparking exactly when they're supposed to then it's entirely possible you were going to be missing some of these combustion reactions in what is called an engine misfire. When your engine misfires, the fuel and air mixture is sprayed into the chamber, but it doesn't ignite. That fuel was wasted, and your engine loses power on that stroke. That means the rest of the cylinders are going to have to try to take up the slack from that one misfire cylinder. That in turn means your engine just can't perform at P\peak power so you will in fact lose power, and potentially not be able to accelerate the way you're used to as a result.

If one of your spark plugs has failed and you have a four-cylinder engine, then you're losing 1/4 power as a result. If two of the spark plugs failed hen you would lose one half of the power. Eventually you're going to be suffering problems such as the engine stalling out on you completely and maybe having to try to restart your car after you stop, and it just shuts down on you. As you can imagine this could be a serious problem if you stopped to try to turn the corner at a stop sign or stop light for instance.

Depending on the kind of spark plugs your vehicle uses, you could end up paying anywhere from about $5 for a new spark plug to as much as $50 for a spark plug. The average price tends to be around $10 to $15 though.

When your car is slow to accelerate after stopping, you're putting yourself and others on the road at risk. Other drivers are expecting you to be able to get up to speed quickly, and you're probably expecting the same thing as well. If you're not able to keep up with the flow of traffic, then that's a safety risk for everyone. Not to mention that it just means your car is not working as efficiently as it should. You expect a certain degree of performance out of the vehicle and you should be able to get it because it does cost quite a bit to own and maintain a car.

If you're suffering from slow acceleration after stopping, then it's very likely one of the problems that we've listed here. Your best bet is to head to a mechanic as soon as you can so it could be easily diagnosed, and you can get back to driving your car the way you want.