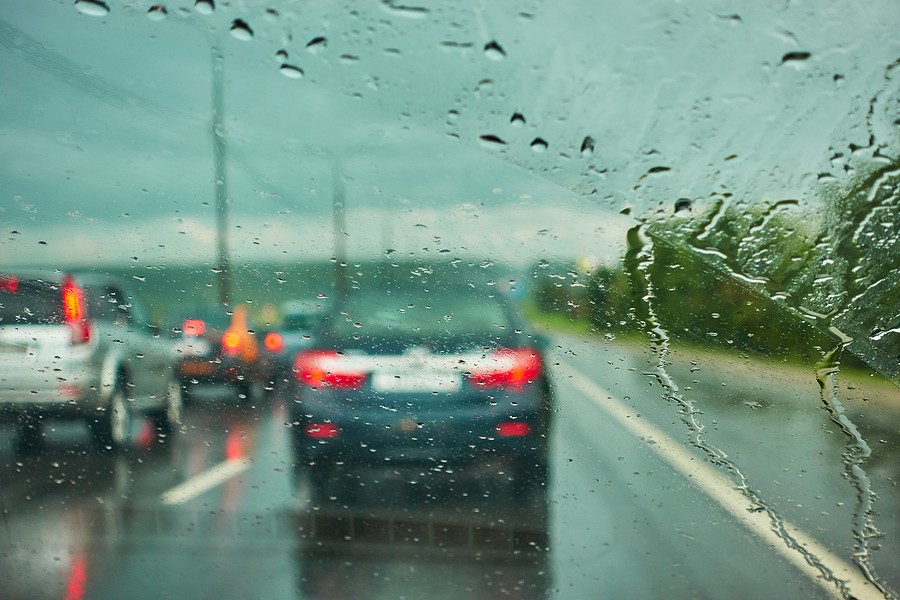 There are a number of causes for your vehicle shaking but the timing of these vibrations can play an integral role in figuring out why it's happening and whether or not you need to be concerned. If your car is shaking when it's accelerating as opposed to decelerating or parked and not moving, there are a number of potential causes that you could be on the lookout for to help you explain why it's happening.

This vibration can be an early warning of some bigger problems down the line. And at the very least it can be frustrating and annoying to deal with excessive vibration in your vehicle, especially if it gets bad enough. Before the situation is able to spiral out of control and lead to damaged parts in your vehicle, let's take a look at some of the reasons why your car might vibrate as it accelerates and what you can potentially do about it.

Mounts are made from a variety of materials but generally include a hard rubber buffer that holds them in place and absorbs engine vibrations. If this wears down and breaks off then as you are pushing your engine, such as when you're accelerating, the vibrations will easily transfer through the frame with a vehicle and you'll feel them in the cabin of the car.

Aside from excess vibrations, when your engine mounts fail your engine won't be sitting exactly where it needs to and it can start to cause a severe misalignment of parts which can eventually lead to extensive damage if it goes on for too long.

Although this problem is rare it could also be very serious and damaging to your vehicle.  It's hard to damage the axle of your vehicle but not impossible. Especially if you've gone over a curb or hit a bad pothole on one side of your vehicle. If you get even a slight bend in your axle it can cause serious vibrations when you're driving, and the problem can get worse as time progresses.

One of the big problems with a bent axle is that once it's happened, it can't really be repaired. Trying to bend an axle back into shape again is not a feasible solution to this because the metal will always be weak. The cost of replacing an axle can be between $100 and $250. This of course depends on the make and model of your vehicle more than anything.

Issues with your tires can also lead to some noticeable vibrations when you're driving your vehicle. In particular if you've recently installed new tires and you're now experiencing vibration then it's a good indication the tires maybe the problem. This is generally caused by your tires not being properly balanced.  At higher speeds this will definitely become more noticeable, and if it's bad enough it can start actually shaking your steering wheel.

You can take your car into a shop to get a tire technician to properly balance your tires if this is the problem. What happens is that the tire weights are not evenly balanced on the wheel after being mounted but you can’t actually take it off and put it back on again to fix that problem. However, small wheel weights on the rim can be added to even out the overall weight and make the rotation of your tire smoother. This will eliminate potential vibrations.

It's also possible that if your tires have worn out unevenly you can experience vibrations while you're driving as well. This can happen if you've got too much camber, or your tires are otherwise misaligned when they were installed. One part of the tread will wear out much faster than the other meaning that your tires are not evenly hitting the road at all times. It's possible a quick visual inspection could let you know this is an issue if you're noticing that the tread on one part of your tire looks much thicker than the tread on another part.

If the vacuum hose in your engine breaks or cracks, or worse, even disconnects, you're going to have a lack of air pressure which is going to throw off a number of the sensors in your engine. Aside from causing severe problems like misfires, loss of power, backfiring and other issues it's also going to lead to some very noticeable shuddering especially while you're accelerating.

If you're suspecting this is a problem, you can give your engine a quick visual inspection just to see if any hoses are actually loose or have come free. If you see any cracks or broken clamps you should replace the parts as soon as you can.

If the fan in your radiator has broken or even cracked, you'll notice that your car is shaky  anytime you're getting up to high speed. An unbalanced fan, even a house fan, won't rotate properly when one of the blades is broken. So, as you push your vehicle more, that unbalanced fan will cause a serious wobble which will shake the entire car when you're going fast enough.

There's a U joint underneath your vehicle that you can actually examine if you get under there to take a look. If your car is shaking when you're accelerating you could have a problem with the U-joints wearing out. If you take a look where the U joint and the drive shaft meet you may notice some residue of rust to indicate parts are beginning to corrode and break down. If this is the case, you'll need to replace the universal joint which should cost somewhere between $250 and $400 to get done at a mechanic.

If the issue you're facing happens when you're accelerating through a turn, then the problem is probably one with power steering. This will happen even driving at slow speeds, but you'll notice it through the steering wheel and in your hands as you're driving. It's possible that you have a power steering fluid leak which has caused the issue. You can try the top up your power steering fluid to see if that fixes the problem. If the car drives smoothly after that, then it's very likely you had a leak somewhere in the line. That also means you may not have fixed the problem, since you could still very well have a leak and the fluid will continue to drain out, but at least you know where to look now.

A faulty brake caliper can cause vibrations in your vehicle that you'll feel in the steering wheel. Once you get up to speed, the sticking caliper is going to transmit those vibrations through the steering column into your hands. The faster you go the more intense it will become. When you come to a stop, because it is part of your brake system, you'll also notice a burning smell.

If there is an upside to this situation, and it's not much of an upside but at least it makes it a little easier for you to figure out what's going on, you should be able to diagnose which wheel is giving you problems by tracing that smell to the source. You'll notice a burning smell in particular around one tire which means that's the one that has the faulty caliper.

A CV joint, also known as a constant velocity joint, is that the end of each of your axles before the wheel. You have an inner CV joint and an outer CV joint. If the inner one fails on you then the vehicle will start to vibrate noticeably as you accelerate to speed. The faster you go the more noticeable it's going to become. As well, if the CV joint gets worse, which it will over time, the vibration will become more and more intense.

When the joint boot in your CV joint tears open it can also fill with road debris and water which will reduce lubrication for your wheels. If this goes on for too long, you risk actually losing the wheel itself and causing some serious damage to your axle.

If your tires weren't properly tightened onto the wheels and the lug nuts are still loose, this could end up causing a problem with your vehicle shaking as you drive. Your wheels are going to become shaky, a problem which gets worse at high speeds, and the lug nuts themselves will actually continue to get looser as time goes on. The vibrations of your driving will cause them to slowly work their way down. If all of your lug nuts are loose, or even just a couple of them, the situation could become dangerous and the tire could actually come right off your car while you're driving. For that reason, you always want to make sure you're using the exact right size of lug nuts, and that they are properly tightened on your wheel.

If the tires on your vehicle are fine it's possible that the wheel bearings themselves have been damaged in some way. Loose wheel bearings, or ones that have been damaged, will shake as you get up to higher speeds. Wheel bearings are typically meant to last the life of your vehicle, but they are subject to damage just like any other part of your car. If you haven't been in an accident recently, or hit any potholes or curbs, this still may be a possibility if you're driving an older vehicle. You'll notice a problem with your wheel bearings most specifically in the steering wheel when you're driving as that will be the focal point of the vibrations. It's also worth noting that there are a number of other components that can lead to this kind of vibrating that are closely related to the wheel bearings including your struts, shock absorbers, tie rods, and ball joints. A fault with any of these could potentially cause vibrations to go through your steering wheel while you're driving.

The vibrations caused by a bad spark plug won't be nearly as intense as the vibrations caused by some of these other issues, but if you have a spark plug that isn't sparking properly then you're going to be getting a noticeable issue with engine shuddering as it tries and fails to fire on that one cylinder. Because you're having late firing or misfiring, you're going to experience a loss of power and other symptoms as well, not to mention poor fuel economy.

The drive shaft in a rear wheel drive vehicle transfers power from the motor to the rear axle. If that shaft is bent or damaged, which can happen the same way damage would happen to the  axel that we mentioned earlier, maybe you got into an accident, hit a bad pothole, went over a curb, etc., then the vehicle will likely shake when you're accelerating even at low speeds, and get worse as the speed of your car increases.

As you can see there are a whole host of reasons that your car may just start vibrating as you are accelerating. Some of these have simple fixes, but others can be more complex and can potentially lead to some serious problems that bring with them the chance of accidents and very high repair bills if you let them go for too long. If you're noticing some unusual vibrations in your vehicle the best thing you can do is get it checked out right away to find out what the problem is and fix it before it goes from an annoyance to a serious danger.