What You Should Know About Car Pink Slips 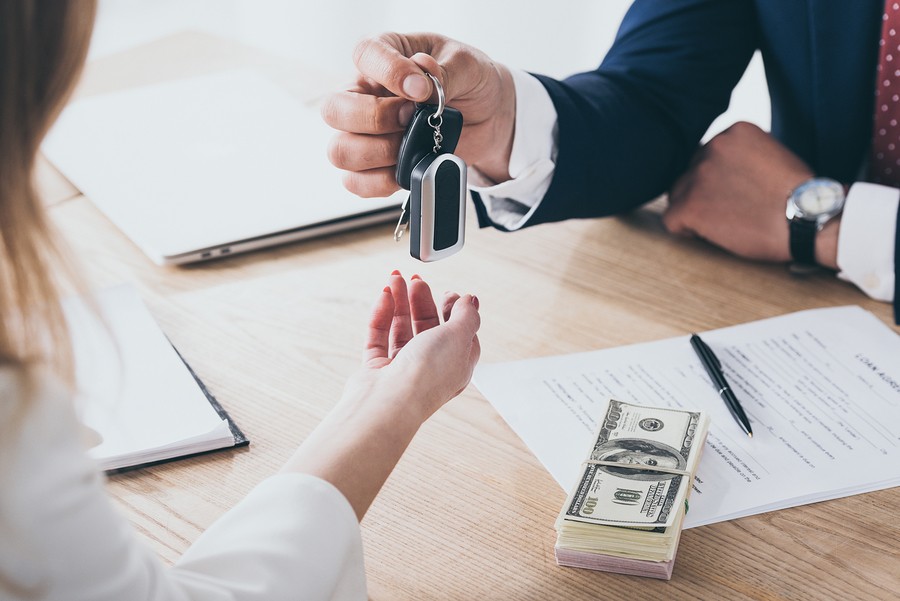 When you hear the term pink slip, you can’t help thinking about getting fired or laid off from your job. However, there is a kind of pink slip that most people are very happy to get and that is the kind you get for an automobile.  Before you try to sell your car, you should make sure that your pink slip (also known as the title) is in your name and is filled out properly. Without the pink slip, you may have a very difficult time getting rid of the car. There are a few things you should know about your car's pink slip before you attempt to sell it.

What is a pink slip?

A pink slip is proof, in writing, that you are the owner of a vehicle. It serves as a legal document if there should ever be any controversy over ownership. When a car is new, the Department of Motor Vehicles issues the title to whoever owns the car. When the car changes hands, a new pink slip will be issued documenting the name and address of the new owner.

Generally speaking, a dealership will be the first entity to have the title of a car. If you buy your car outright, you will get the title right away. If you finance the car, the name of the financer will appear on the title until you have paid it off in full.

Car titles were originally printed on pink paper to differentiate them from car registration documents. Making titles a different color than the registration papers was originally done to avoid confusion.

Drivers in most states have to register their cars once a year. In California, the registration papers looked identical to the title papers. People would often accidentally throw away their car’s title when they were attempting to throw away the previous year’s registration papers. The state solved the problem by printing the titles on pink paper.

California is a state known for having an abundance of vehicles. There was even an alleged conspiracy by General Motors to buy and dismantle the streetcars in Los Angeles, so everyone would be forced to buy cars. The term pink slip soon became part of the pop culture vernacular. Drag racers used to compete for pink slips and the racers and their lingo were soon immortalized in the movies. Nowadays the titles are not always pink, but the term pink slips stuck.

Why is the pink slip so important?

The title of your car contains a lot of important information. If you sell your vehicle to a dealership or directly to another driver, you will need the title. If a car fitting your car’s description is stolen, you may need the title to prove that the car is actually yours. If your car is ever recalled, it is important to have the title so you can have the part of your car that has been recalled replaced free of charge.

The title contains some very important information about your car. In fact, the title can give a potential buyer an idea of your car’s value. In addition to having the name of the lender and your name as the registered owner, a title will list the make, model, and license plate number of the car.

It will tell you the purchase price of the car as well as its weight. It will also give you data about the taxes on the vehicle. Having documentation about the value of your car is germane if you ever want to file an insurance claim or sell the car.

When you get married, divorced, or apply for a loan, you must have paperwork to prove the value of your assets. It is also necessary information if one is filing for bankruptcy or making a will.

The title will also list your car’s VIN number, which is a vehicle’s unique identity number.

What Does a VIN Number Mean

The first character of your car’s VIN number indicates where the car was manufactured. The second and third numbers will tell you the company that manufactured the car. Numbers 4 through 8 will tell you the car’s engine size and type. The ninth number is very important because it is a security code. That code lets you know it has been authorized by the manufacturer. The tenth character symbolizes the make and year of your car and the 11th number will reveal the plant where your car was manufactured. The 12th through 17th number is considered the serial number.

When a person buys a car, the person who sells the car must sign and release the title. Normally there is a place for the signature on the back of the title, but it may also appear at the bottom of the document. The back of the document should list directions for transferring the car as well.

When you buy a car from a dealership, you will get a temporary certificate of title. The salesperson will do all the paperwork for you and the DMV will send you the actual title in the mail. When a person sells or buys a car from a private owner, they will handle the transfer themselves.

Once the seller has signed the title, a buyer will take the title to the Department of Motor Vehicles to register the car in their own name. This can get a little tricky if you are not the only person on the title. If you co-own the car with another person you will want to read the language on the title carefully. If the title says you “and” the other person own the car, then you must both sign the pink slip in order to sell the car or register it. If it says you “or” your co-owner own the car, either one of you can register the vehicle.

If you are paying off the car, the lienholder’s name will appear on the title. When you pay off your car they should send you the title and they should take care of the necessary paperwork.

There are some states in which you can register your vehicle online. The DMV will give you a temporary certificate of registration and then they will send you your title in the mail.

If you have misplaced your pink slip or if it has been destroyed or damaged, you will have to replace it before you can legally sell the car. The ease of getting a replacement will depend upon the state in which you reside.

There are some states in which you may be able to get a new title online or over the phone and there are others where you will actually have to go to the DMV. In all cases, you will have to pay a fee to get a replacement.

Looking Out for Title Scams

Buying a used car can be scary. You never know if the lot or individual you are buying the vehicle from can be trusted. In addition to worrying about getting a fair price and a car that runs, you also will need to confirm that the car’s pink slip is real.

When a thief steals a car they can either take it to a chop shop and sell it for parts or they can obtain a fake pink slip. Getting a fake pink slip is similar to identity theft. A criminal will simply take the details from a car with the same make, model, and year as yours and create a fake title. They will often simply clone the VIN number. This kind of crime is very hard to stop because a car owner is unlikely to suspect their car has a fake VIN and, if they were suspicious, it would take a lot of research to prove anything.

The only thing you can really do to avoid a fake title is to check out your dealer thoroughly. verify that they have references and ask friends about their experiences. You can check out a dealership with the Federal Trade Commission and the DVM. Ask if there are any complaints against them. You can also contact the States Attorney General’s office and the Better Business Bureau.

Ask to see the title and make sure that the VIN numbers match. You should make sure that all of the information on the title is consistent. Make sure the former owners’ names and addresses are spelled the same way on every place that it is listed. You should also make your down payment with a cashier's check. A thief will not accept such a check as they are too easy to trace.

You can get a history of the vehicle from an agency like Carfax or U.S. Vehicle Reports. Not only will it tell you everywhere your car has been, but you can also make sure that the car does not have a salvaged title.

Buying from a Private Owner

It is probably in your best interest not to buy a car that you find listed on an internet billboard site as there is no way to check out the seller. If you do decide to look at such an automobile, make sure that you meet the seller at their home address and not a neutral location. Ask the seller a lot of questions about the vehicle's history and never pay in cash. It is probably safer not to carry cash to the meeting.

Selling Your Car to Us

If you are buying a new car, you are going to have to get rid of the old one and there is no easier way to do it than selling it to Cash Car Buyers. If you don’t have the pink slip, we can still work with you. We are a junkyard and will use the car for scrap and parts instead of trying to resell it.

Our process is very simple.

Simply click below and fill out our online form. We will ask for your name, email address, and phone number. We will also need to know the make, model, year, and VIN number of your car. We are primarily interested in cars that were manufactured between 2000 and 2020. We will call you right back and make you an offer. If you accept our offer we will make an appointment with you.

When our friendly employee arrives at your home, they will perform a quick inspection, pay you in cash, and tow away your car for free. There really is no more to it than that.

PrevPreviousCash For Cars Portland – Get Cash Fast! No Hidden Fees!
NextShould You Consider Getting Cash For Junk Cars Savannah, GANext