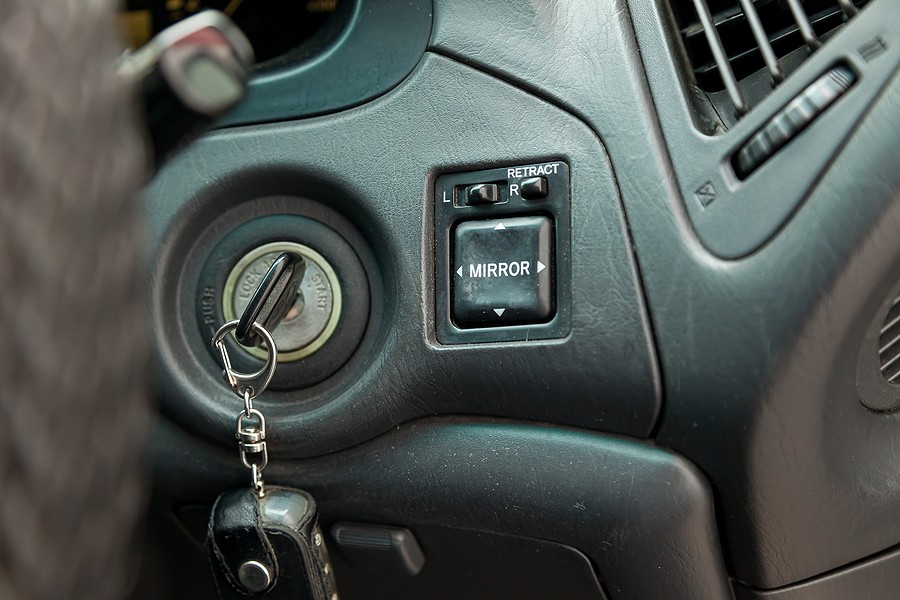 Have you ever experienced the hassle when a car key won’t turn in ignition? Trying to start your car but you can't seem to turn the key and it’s jammed? You try a countless number of ways to get it to turn without success. It could mean a number of things. And there are also corresponding solutions to each issue. Fortunately, most car key and ignition issues are common, as it is a quick fix.

The problem when a car key won’t turn in ignition of the vehicle may come from different issues from the key itself, the ignition cylinder, or from user error. Here are the things you will have to check first with some guidelines to identify and address the problem:

In a lot of vehicles, removing the key will lock the steering wheel from turning and because of this, the steering wheel can get stuck, which could also mean the vehicle key becomes stuck and cannot move to release it. This can happen when you accidentally bumped your steering wheel when exiting your car and it locked. This feature of the car prevents thieves from being able to steer the car if they have managed to hotwire it.

If that is the case, you can try rapidly moving the steering wheel from side to side while turning your key in the ignition. This can relieve this lock pressure and allow the key to turn. Once you feel the steering wheel get released from being locked, you would also be able to turn the key without issue.

If the ignition moves with your key in it the problem is solved. But this solution only applies to cars with a traditional ignition key, meaning a metal key that inserts into an ignition switch and turns to start the vehicle. However, if you've got an electronic key, then you won't have this problem. If your car is the type that has a starter button and your steering wheel seems stuck, then you will have to go to the repair shop because an electronic issue will not be a simple fix.

Some cars, SUVs, or pickup make and models have a feature that will not allow you to start the vehicle if the gear shift is not set to park or neutral. You can easily determine if that is the issue by quickly checking where the shifter is. However, this can only be an issue on a vehicle with automatic transmission, not a manual.

If it isn't parked or neutral gear,  shift it and then start your vehicle up. Sometimes, the gear may look as if it's in the right position but then it can be a bit off.  While this feature might be a hassle for some, this is actually a safety feature for automatic vehicles.

Problem: Often, most especially in older vehicles, the problem could be as simple as a worn out key. If this happens with the key, the pins inside of the cylinder will not drop correctly and start the car or the key is too worn out or already damaged not to be recognized by the vehicle.

To make sure a worn-out key is not the only problem, you can use a spare key and try to use that first. Since you likely don't use the spare key too much, it won't have as much wear and tear and should have no same problem as the worn-out key.

If you do not have a spare key best to contact your dealership to get a new key made. If you have confirmed that the key itself is really the problem, then you will need to replace it with a new one. Remember that a locksmith isn't always equipped to do car key replacements because of the special codes and electronics in them.

Go to the car dealership which issued the car and key to you. They will be able to make you a new key that is programmed with the right code. Give them your Vehicle Identification Number (VIN), but some newer models already have key codes attached to a set of keys. This is the code you will give to your dealership instead of the VIN.

A bent key can still successfully enter the ignition cylinder, but sometimes once inside it will not line up correctly to get the ignition starting. Inspect your key and if it looks bent, then carefully hammer to flatten the key down.

Use something that will not damage the key as hammering it runs the risk of causing more damage or harming the electronic components if it has any. If you are able to straighten out the key and get to start the ignition using it, you will still have to replace it to avoid having the same problem in the near future when a car key won’t turn in ignition.

If your key is dirty it could also cause a key not to work. Many people keep their car keys in their pockets or in their bags, where it has the potential to be mixed in with items that will make a mess of the key. Some people also use their car key to open up tape on packages, and the adhesive can easily stick to the metal, which will make it easy for your key to building up debris like lint and dirt, which could prevent it from correctly lining up with the ignition.

So quickly check your key for signs of foreign materials. Use rubbing alcohol to scrub the key down. Ideally, you should use a lint-free cloth to prevent anything else from potentially sticking to the keys. Dry the key after cleaning and try starting the car again.

Also if you’re having problems with your car key always getting stuck in the ignition then you must try to spray a little bit of WD-40 into the ignition lock. The additional lubrication will sometimes be enough to let the key slide out even by gently wiggling it.

It's a very simple mistake but sometimes this mistake is made. Not only do many keys look similar, but this mistake can also happen if you are carrying many keys in your keychain. So double check if the correct key is being used and try to start the vehicle.

If there can be an issue with a key being worn down, the same can happen to the lock cylinder. Something can obstruct the keyhole, and being off even by the slightest amount can prevent the teeth from properly lining up so car key won’t turn in ignition.

If something is causing obstruction inside the ignition cylinder, use a can of compressed air to help you clear out any debris that is getting in the way. You can also try to squirt some silicon-based lock lubricant into the ignition or door lock.

But if that does not solve the issue the cylinder itself may have already been damaged, so that won’t be an easy fix. You will need a mechanic to check, and if that is the case then you will be needing to replace the entire ignition cylinder.

Only your key will work to turn on your car because the pins and springs within the key cylinder adhere to the particular shape of your key. Problems with the pins or springs can make it difficult to turn the key.

When this issue happens, you should use a small tack hammer to gently tap the key ignition and loosen any stuck pins or springs. Remember not to hit hard. It is the vibration of the tap, and not the force that should loosen any jammed pins or springs. Once done you can try to insert the key and turn it.

Since more and more vehicles are already using electronic ignition systems, more are also relying on a car's battery to get a car started. This can be true as some layouts also require energy to be able to turn the key and start the engine.

To confirm if the battery is the reason the car key won’t turn in ignition see if the interior lights and headlights turn on as they should. If not, the battery may already be dead. Do not replace the battery right away, but have a full check of your electrical charging system first, so you don't run into the same issue again soon after. This might be another issue in the car's electrical system causing the battery to die before its expected lifecycle.

While rare, you must also consider the possibility that the particular model, year and make of your vehicle is subject to a recall or technical service bulletin (TSB) directly related to the ignition issues. You may check by simply entering your VIN in the National Highway Traffic Safety Administration (NHTSA) website.

How do I know if my starter or ignition switch is bad?

If your car won't start the first thing to check is the battery. If the battery is fine, that’s when you will check if it’s either a bad starter or a bad ignition switch. Take note that the starter is an electric motor, found under the hood, that cranks the engine to effectively start the car, while the ignition switch on the other hand is a set of electrical contacts that activates the starter and is commonly located on the steering column.

It is the role of the ignition switch to activate the main electrical systems in your vehicle. So if your radio, wipers, turn signals, and others don't work and the fuel pump is not working, then you're more likely dealing with a bad ignition switch. You can check to see if it is a bad starter by turning the key in the ignition on and then using a circuit tester to check if there is power to the wires leading to the starter. Once you see that there is power, then you can conclude that you’re dealing with a bad starter.

When your car won't start but all the lights come on?

When your car won’t turn over but your lights have managed to come on then there might be issues with various systems within the car, like the transmission, engine, starter, and other parts that are completely separate from any lighting components. You will be able to pinpoint it by looking at the top reasons of what it means when a vehicle won’t turn over but lights come on.

With the lists above you may now be able to narrow down the cause of the issue before having the vehicle towed to a repair facility. It will be worth checking as it may only be just a quick fix you can do without spending so much time, money, and effort. But if the car key won’t turn in ignition despite all your self-diagnostic efforts you should contact a mechanic for further diagnosis.

And whatever you do, never use force to turn the key even how much annoyed you are. You will only end up causing damage to the ignition key lock cylinder or even the key itself if your key is that older metal one. The worst thing that could also happen is having it snap off and get half of it stuck inside the ignition. By then, you can only expect a much more expensive and time-consuming repair.