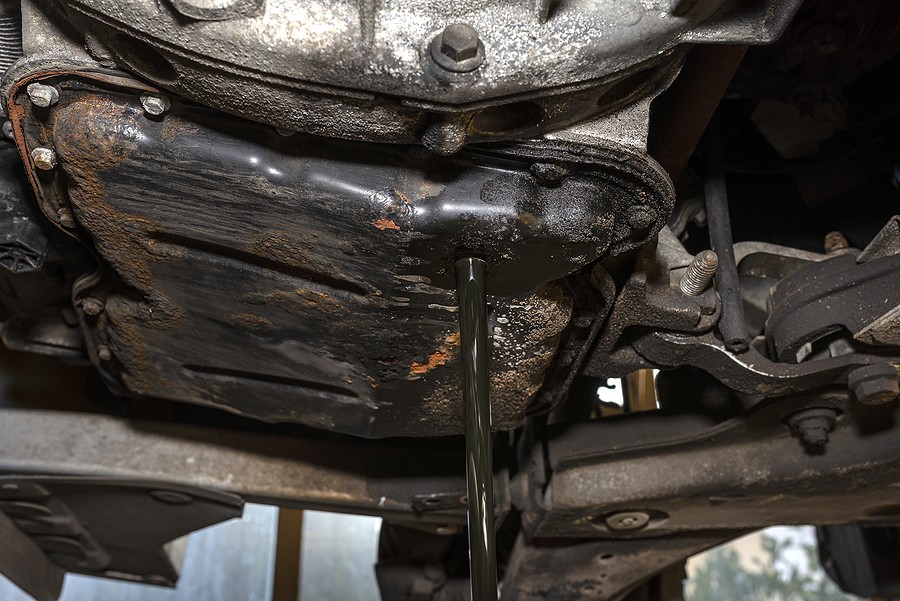 Car burning oil but not leaking? If your oil levels are low after recently adding oil to the motor, your car could be burning oil. For older vehicles that have reached the hundred thousand mile mark, it is completely normal for the engine to consume more oil than usual. As the engine wears it will require additional oil to thoroughly lubricate all of its components.

Sometimes an oil change is all you need for the proper oil levels to be restored. However, when the car is burning oil but not leaking there could be a serious problem with your engine. What should you do?

Signs That Your Car Burning Oil But Not Leaking

What are some clear signs that your car is burning but not leaking? Most of the time when there are problems within your engine or the cooling system there are usually telltale signs. One thing you should do is monitor your engine’s performance. Is the engine running rough? Or perhaps you’ve noticed that your engine has begun misfiring,

If they are then you’ll know for sure that your car is burning oil. Make sure you properly reconnect all the spark plugs because your engine won’t be able to turn if you don’t.

Since most auto manufacturers don’t provide any guidance on this problem you might wonder if your car burning oil but not leaking is normal in every engine? The truth is that what may be normal for one engine could be excessive for another vehicle. According to BMW, it’s normal for their engines to burn at least a quart of oil in less than a thousand miles. In cars made by General Motors, it's normal for their engines to burn a quart of oil every two thousand miles.

If your need to keep adding oil to the motor every 3,000 miles or less there could be internal problems within the engine. In recent years, cars have been designed with engines that use lower viscosity oils which means they are thinner and more likely to slip through the gaskets and seals.

If your car has been running well for the most part but your low oil pressure light flashed on it’s a good idea to perform a dipstick test. If the oil level is low you’ll need there could be a small engine leak that isn’t visible to the untrained eye. If your car was leaking a lot of oil you would leave a big black or brown puddle underneath your car.

Before your blood pressure rises a small leak doesn’t mean you’ll have to go out and replace the entire engine. If the leaks are small then likely the head gasket isn’t leaking too bad, at least not yet. You should make sure you’re keeping track of your oil levels and add more when necessary your engine isn’t in danger of failing.

Car Burning Oil But Not Leaking – What Should I Do?

Even if you don’t see blue-tinted smoking coming from the exhaust, there’s something wrong with your car’s engine or cooling system. In some instances, a simple tuneup could fix the issue, however further in-depth repairs might be necessary.

Of course, the first thing you should do is take your car to an experienced mechanic to confirm that you don’t have a leak. Being informed on how much oil is too much for your vehicle to be consuming can help you determine whether your engine is burning excessive amounts of oil and whether you will need to have it serviced.

Car Burning Oil But Not Leaking – Is It The Head Gasket or PCV Valve?

How Do I Know If It’s the Head Gasket?

Malfunction in the PCV System or Faulty PCV Valve

PCV stands for positive crankcase ventilation. The crankcase is located at the bottom of the engine and holds the oil. When the engine consumes and burns fuel, the PCV produces waste gases that pass through the exhaust system.

The positive crankcase ventilation system controls emissions. When the PCV valve fails it leaves traces of engine oil that accumulates and clogs up. It also leads to waste gas mixing with the engine oil which starts to clog the engine and cause corrosion. Some of the most common signs of PCV valve failure is:

A fault within the PCV is often misdiagnosed for other more expensive mechanical issues. Therefore, to properly diagnose PCV failure a mechanic will have to remove the PCV valve from the bottom of the engine and inspect it. If the PCV valve is the problem it should be repaired as soon as possible or else the head gasket will blow which is a very expensive repair.

If the engine isn’t properly maintained as it starts to wear the valves and seal guides will fail. When that happens it won’t be able to keep oil from reaching the combustion chambers. These parts will become soiled with oil while the vehicle is off and parked. When the engine is running the oil gets burned.

The piston rings form a seal over the cylinder bores. The piston's rings are tight enough to block too much oil from getting into the cylinders and burning along with the air and fuel mixture. When the piston rings become worn they aren’t capable of keeping excessive amounts of oil out of the cylinder and crankcase. It can cause the engine to burn a lot of oil and create issues that are similar to PCV failure.

Car Burning Oil But Not Leaking – Oil Burning Outside the Engine

A clogged filter or oil filler cap can be the culprit behind your engine consuming excessive amounts of oil. The oil filter removes contaminants from the oil before it’s released into the engine. When the oil filter becomes clogged it will stop releasing oil into the engine. As a result, the engine and its components won’t receive any lubrication and it will cause damage.

In addition to low oil pressure, the engine’s performance will significantly decrease. This will become evident when you’re trying to accelerate and the engine fails to move the car fast enough. A clogged filter will begin to affect your car’s exhaust system. A lot of smoke will be coming from the exhaust system. The smoke may even be black or brown.

When was the last time you had an oil change? The oil filter should be replaced every time you have your oil changed. Since motor oil can get dirty fast you should change the oil filter as soon as possible because it will eventually kill your engine.

Did you know your driving style can also affect how much oil your engine consumes? When you increase your RPM increased pressure is placed on the seals and gaskets. The oil ends up getting burnt in the combustion chamber.

Car Burning Oil But Not Leaking – Are You Using the Right Type of Motor Oil?

For older cars with engines that consume lots of oil, you should consider switching to a high mileage oil. Motor oil designed for cars with lots of miles is filled with additives and seal enhancers that provide extra support to the valve seals and other critical components of the engine. It also aids in reducing internal and external oil leaks. They also contain detergents that can remove sludge from the engine. Overall, this type of motor oil aids in mitigating all types of risks that come with normal wear and tear.

Engines with increased mileage require extra maintenance. High mileage oils are suggested for engines with at least 75,000 miles on the odometer, however, it’s up to you to decide when it’s best to make the switch.

Car Burning Oil But Not Leaking – What’s The Next Step?

The longer you drive your vehicle in its current condition, you increase the risk of causing serious damage to the engine. While it’s normal for your vehicle to burn oil every couple thousand miles, when you find yourself losing a quart of oil frequently or your oil levels remain low it’s time to seek help.

A mechanic can perform an oil consumption test to see just how much oil your car is burning over the last few weeks. A skilled mechanic will need to perform a thorough inspection of your vehicle to determine the exact reason why your engine is burning oil.

In the meantime, it’s best to exercise caution and drive your car as little as possible. As your engine continues to burn oil, overheating can occur which can lead to an engine fire. You also run the risk of completely burning out the engine.