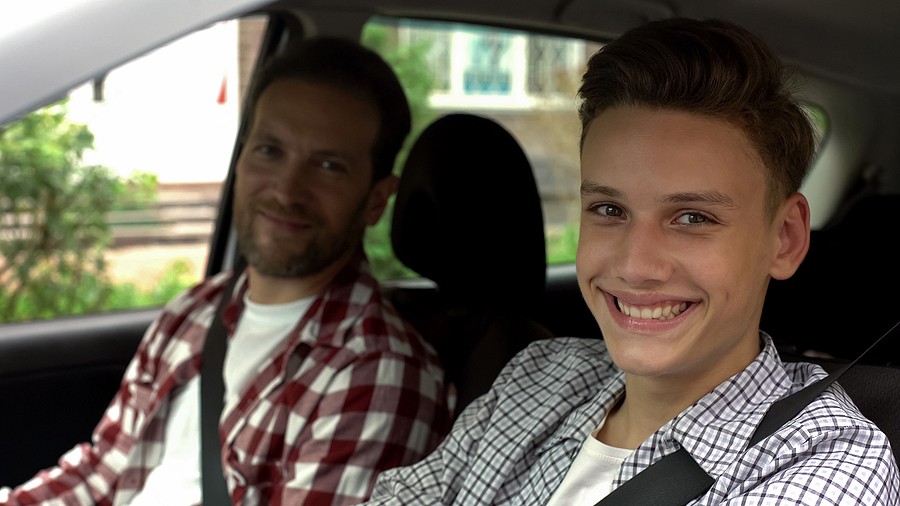 Getting a driver’s license is considered a rite of passage in the United States. Traditionally,  a person gets their driver's license after having learned how to drive with a permit.

Most people get their first driver's license when they are still in high school. However, If a person grows up in a large city where they are reliant on public transportation, they may wait until adulthood to get a driver's license.

Even though a person is considered an adult when they are 18, a novice driver still needs training. You can't learn to drive entirely from a book, and you shouldn't get in a car alone and drive until you know what you are doing.

Any skill requires practice and driving is no exception. Many states require that you get a learner's permit before acquiring your permanent driver's license.

What are the laws for learner's permits?

A learner's permit allows a person to drive under the direct supervision of a licensed driver. In some states, there are other restrictions.

In Alaska, you must be accompanied by a driver who is over 21 and has had their license for at least one year. They must also have experience driving your particular type of vehicle.

In Alabama, you must practice driving with a parent or legal guardian for at least 30 hours before taking the driver's license test. You also must take a driver's education class before you can receive a license in the Cotton State.

There are some states that do not require permits or temporary licenses. Although the vast majority of people who actually get learner's permits may be between the ages of 15 and 18, Most states require some type of learner's permit before issuing a regular driver’s license no matter what age the person is.

In California, you can take the written test to obtain your permit, and if you pass, you can technically take your driving test that very same day. However, it is very unlikely that you will get an appointment to take the on the road driver's test that day. You are likely to have to come back and take it at a later time.

In the state of Illinois, a person must be enrolled in driver's education for 30 days before obtaining a learner's permit if they are between the ages of 15 and 17. If they are older than 17 years and 3 months old, they may apply for a permit without taking a driver's education class.

In the state of Delaware, you only have to have your permit for 10 days before taking the test to get a license.

States in Which You do not need a Learner’s Permit

There are a few states that do not require a learner's permit but have other standards.

The state of New Hampshire has no learner's permit, but when you are learning how to drive, you must be accompanied by a licensed driver who's at least 25 years old, and you must be at least 15 and a 1/2 years old. You may not practice driving a commercial vehicle.

In the state of Virginia, you have a couple of options when you are learning how to drive. Provided you are 18, you can either drive with the permit under the supervision of a licensed driver or you can take a driver’s education class.

Unlike most states, in Virginia, the driver who supervises you does not always have to be over 21. They must be a licensed driver, but if they are your brother or sister or half-sibling, they only have to be over 18 to supervise you.

If you are over 16 years old and 3 months and you have had your learner's permit for over 9 months, you do not need a licensed driver with you when you drive in Virginia.

A State by State Guide to Learner’s Permits

Different states have different ages at which a person may obtain a learner’s permit and a license. The reason for this often has to do with the lifestyle of the citizens of the state. If a lot of farming is done in a certain place, it may allow kids to drive at a younger age. Rural areas that have nominal access to public transportation often have younger driving ages.

Here is a state-by-state list of driver's permit minimum ages.

Many states will only issue a provisional license to persons who are between the ages of 16 and 18 years old and issue a permanent license when the driver becomes an adult. Here is a state-by-state list of age requirements for a permanent driver's license.

Cars, as we know them today, appeared on the roads in the middle of the 1880s. However, no one thought of having a driver's license until about 20 years later in 1903.

The states of Missouri and Massachusetts were the very first to require drivers to be licensed. At one time you did not even have to pass a test to get a license.

The Model-T came along in 1908 and it enables many people to become car owners. Soon, Michigan also required drivers to be licensed. It was the tiny State of Rhode Island that was the first to require that drivers take an exam to obtain a license.

Although California started requiring licenses in 1913, it did not Institute an exam until 1927.

Initially, car salesmen were saddled with the task of teaching people how to drive. By the 1930s many high schools in the United States offered driver’s education.

Laws Vary Quite a Bit by State

As you have probably gleaned,  the age at which one can drive varies from state-to-state. Each state has its own unique laws when it comes to getting a driver's license.

A hardship license is issued to drivers who have had their driver's license suspended but need to drive to get to work or school. In most states, a person under 18 cannot get a hardship driver's license. However, licenses may be issued to underage kids in California, Georgia, Iowa, Michigan, Minnesota, Nebraska, Ohio, Tennessee, Texas, Wisconsin, and Wyoming.

In addition to getting a driver's license being a rite of passage, the first accident you ever have will be a rite of passage. There is the reason that parents give their kids the grocery getter as a first car.

If you have a totaled car sitting in your driveway, you can sell it and get a little bit of cash to buy the next one. You will have a few options as to where to sell your junk car.

There are many websites on which a person can sell a used or junk car. These sites will charge you a monthly fee to list stats and pictures of your automobile. If you tried to sell your vehicle this way, you will be in competition with many people and it may take months to get an interested buyer.

The majority of people who want to buy a junk car are mechanics who will only be interested in buying a part or two. If you part your car out, you will be left with the body of your car on your property and you will have to pay to have it towed.

Selling your car online can be dangerous. Many criminals have found their victims this way,

Using Your Car as a Trade-In

When you go to buy your new car, the salesman at the dealership will be authorized to give you a trade-in allowance for your old car. They may try to give you less money than the car is actually worth. They will count on your agreeing to a lower price so you can get the deal over with and get into your new car.

It’s always a good idea to check your other options before agreeing to a trade-in allowance.

Cash Cars Buyers can give you a great price for your junk car. All you have to do is fill out our simple form to get started. We will ask for your contact information as well as the make, model year, VIN number, and mileage of the car.

We will call you back with an offer as soon as we get your form. If you accept our offer, we will make an appointment to come to get your car. We will pay you in cash and tow the vehicle away for free.