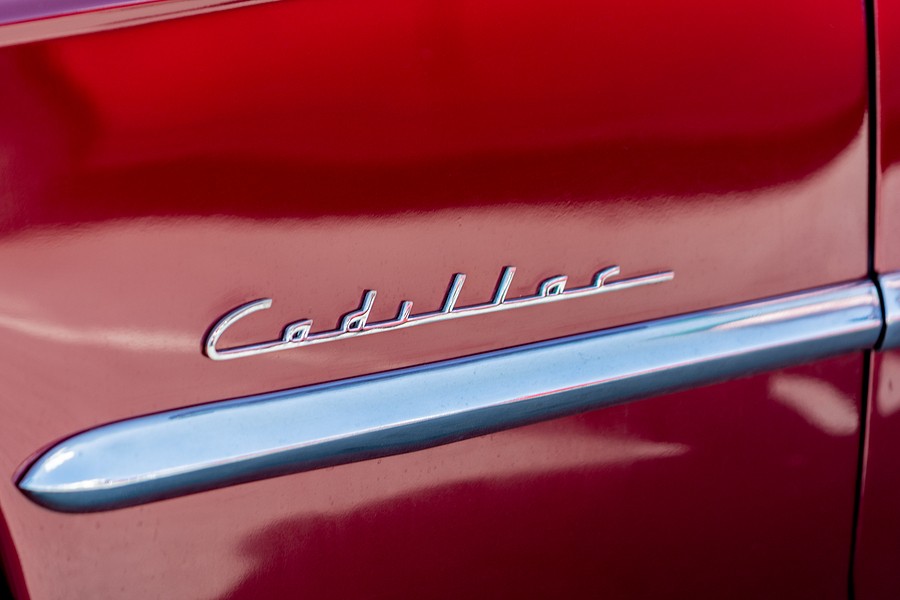 The typical Cadillac engine repair cost for smaller internal parts could range between $500 and $1,000, while a complete rebuild will typically span between $2,500 and $4,000 for both the labor price and the cost of the parts.

By determining which Cadillac model and year is safest, most reliable, and most durable for you to purchase, you can save money on long-term repairs and expensive replacements. Let’s find out which model has the best safety scores and which models could lead to an expensive Cadillac engine repair cost.

The Cadillac ATS is a compact executive 4-door sedan produced by General Motors from the 2013 until the 2019 model years. The body style is either a 4-door or 2-door coupe, with an FR or F4 layout. The ATS is based on the Alpha platform, and offered on either rear-wheel-drive or all-wheel-drive configurations, complete with a 2.5-liter l4 gasoline 2.0-liter l4 turbocharged gasoline engine, 3.6-liter gasoline or E85 engine, or the 3.6-liter V6 engine.

Although the ATS earned five-star safety ratings in the front crash, side crash, and rollover protection, there are still some owner complaints regarding the high Cadillac engine repair cost in some model years.

The worst model years of the Cadillac ATS are the 2013-2016 years, with the 2016 having the most-reported issue of the transmission shaking during use. Furthermore, the top three most concerning issues in all of the years focus on the transmission failure in the 2016 ATS, the discoloration of tire rims in the same year, and the exhaust breaking in the 2014 ATS.

Owners stated that the car loses power while driving and the vehicle unintentionally accelerates, both of which can cause safety concerns and increase the overall Cadillac engine repair cost.

The Cadillac Catera is a 4-door, five-passenger, rear-wheel-drive sedan produced by the Opel wing of General Motors from the 1997-2001 model years. With this relatively short lived production span, we can assume that the Cadillac Catera had some problems throughout the 4 years – like a high Cadillac engine repair cost.

The worst problem years in the Catera are the 1999 Catera for the most-reported issue of the tensioner pulley failing and causing a blown engine. Other problems that have plagued all model years are the car stalling while driving and the car’s front headlight assembly dimming during use.

In the 1999 Cadillac Catera, the other problematic categories focus on the cooling system, interior accessories, and lights – but especially highlight the safety issues and high costs associated with the engine. Owners reported that the car stalls while driving, the car dies and then won’t restart, and the tensioner pulley fails and blows the engine.

The Cadillac CTS is an executive car produced between 2003 and 2019 by General Motors over three generations. Although it was priced like the compact luxury cars on the market, it has been seized a little bit bigger and similarly to the mid-size cars from other automakers. Although the first-generation CTS was nominated for North American Car of the Year, it has had its fair share of problems – like a high Cadillac engine repair cost.

The 2009 Cadillac CTS is plagued by engine problems, transmission issues, body and paint concerns, and interior accessory malfunctions. The main engine concerns focus on the timing chain failure and the loss of power while accelerating. At the same time, the NHTSA also cited concerns regarding the engine cooling and the vehicle speed control.

The timing chain failure typically requires the owner to replace the timing chain at around 98,000 miles, with the price of a replacement ranging between $413 and $1040, causing a high Cadillac engine repair cost.

The Cadillac Deville was the first car to have the nameplate Coupe de Ville, and was known for its full-size luxury car, FR layout, complete with a transverse front-engine, front-wheel-drive layout. Produced over eight generations, this car lasted from 1959 until 2005, showing the popularity and reliability of this vehicle. Even with a high reliability rating, the Deville had some pricey repairs, which included a high Cadillac engine repair cost.

Other categories of concern in the 2001 Cadillac Deville focus on the windows and windshield, interior accessories, cooling system,, and the engine. Owners state that the car’s engine burns oil at a very high rate, the oil pan leaks, the radiator cracks after minimal use, the engine block cracks, the engine has a high idle, the engine makes a knocking sound, the manifold leaks, and the car has poor acceleration.

Furthermore, if you need to fix the oil pan leaking or the cracked radiator, owners will have to repair the oil leak before it gets any worse. This typically runs around $2,100 for the Cadillac engine repair cost, with owners needing to repair the problem at around 140,000 miles.

The Cadillac Escalade is a full-size luxury SUV manufactured by General Motors, being Cadillac’s first vehicle in the SUV market. Produced from 19980present, with the ESV and EXT options produced from 2002 and 2001 respectively until present, the Escalade is a popular and well-liked vehicle.

Despite the popularity and worldwide recognition of the Escalade, it has been known for a high Cadillac engine repair cost. The worst model years of the Escalade focus on the 2007, 2008, 2014, and 2016 years, with the 2007 having the most-reported issue of the door handles breaking off.

The 2016 Cadillac Escalade is known for its transmission, interior accessories, body and paint, and engine concerns. The NHTSA has cited numerous concerns regarding the engine and vehicle speed control, with owners complaining of a high Cadillac engine repair cost to fix the problematic parts.

The Cadillac Seville is a mid-size luxury car produced between the 1976 and 2004 model years, with the model replaced by the Cadillac STS in 2004. With an FR layout between 1976-1979, a longitudinal front-engine and front-wheel-drive between 1980 and 1985 and a transverse front-engine and front-wheel-drive layout between 1986 and 2004, the Seville went through five generations during its lifespan.

Despite the long-lasting production, the Cadillac Seville is known for a high Cadillac engine repair cost and the head gasket failure – especially in the 1999-2003 model years. The other worst problems in every model year include the main bearing failure in the 1988 Seville, costing the owner around $4,000, and the frame breaking in the 2003 Seville for around $2,500.

In the 1999 Cadillac Seville, the top categories of concern focus on the engine, electrical system, suspension, and transmission, with owners having one main issue with the head gasket failing prematurely. Fixing the head gasket failure will oftentimes require a completely new gengine, leading to a hefty CAdillac engine repair cost.

The typical repair price for the head gasket failure is around $4,650 to replace at just over 101,000 miles, with owners stating the head bolts start falling out of the engine, the engine block cracks, and the engine overheats while driving.

The Cadillac SR is a mid-size luxury SUV and compact luxury crossover SUV produced over two generations from 2004-2016. The Cadillac SR, unfortunately, had many problematic years, with the 2010-2015 models having their fair share of owners and NHTSA concerns.

The worst three problems across every single model year focus on the water in lights in the 2010 SRX, which costs $1,600 to fix, the navigation system breaking in the 2012 SRX, running around $2,400 to fix. The seal on the headlights breaking in the 2011 SRX, costing the owner around $1,800 for the repair cost.

In the 2010 Cadillac SRX, the most problematic categories focus on the lights, engine, electoral system, exterior accessories, interior accessories, and the brakes. The main engine issues are the timing belt failure, the engine light coming on, the car misfiring while driving, and the car making a loud noise and stalling while idling.

Fixing the timing belt failure is an expensive fix, with the Cadillac engine repair cost coming to $2,270 to replace the timing belt at just below 99,000 miles on average. Owners stated that the car is generally diagnosed with a failed timing chain multiple times at very low mileage, showing a lack of durability and reliability in the 2010 Cadillac SRX.

In 2010, General Motors was forced to recall many of their 2010 Cadillac SRX units that contain the turbocharged 2.8-liter V6 engine due to potential engine failure. If owners had aggressive driving habits and frequently burned through oil, it could cause the engine to work harder and cause fuel to be burned faster.

If this occurred, the SRX was prone to internal engine damage, such as connecting rod failures. The automaker was forced to recall the 2010 Cadillac SRX model, later leading to permanent removal of this car due to safety issues, poor sales, and a high Cadillac engine repair cost.

Figuring out which Cadillac model and year is safe for you to drive can help save on a hefty Cadillac engine repair cost.