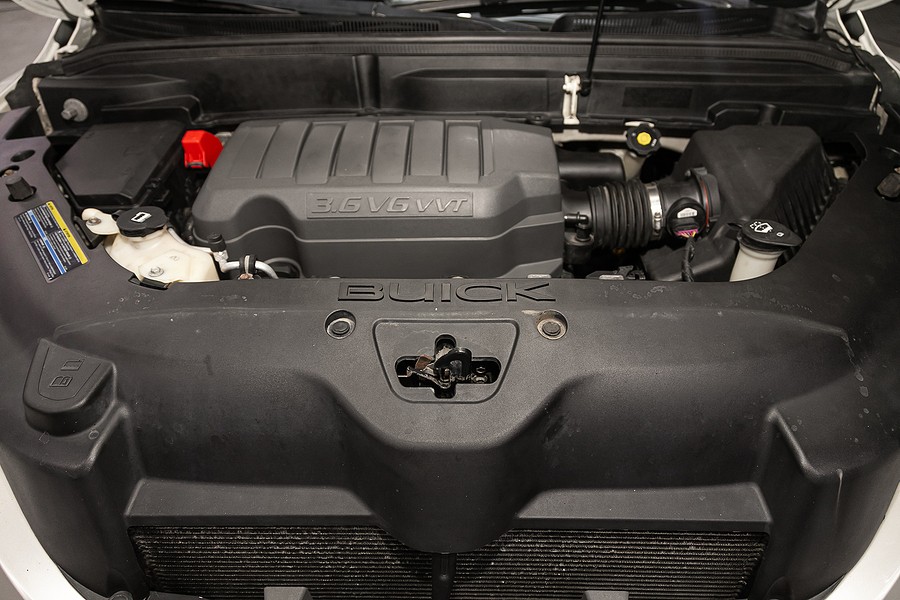 The average Buick transmission repair cost for a rebuilt transmission is between $1,110 and $2,800 while paying for a used transmission is only half of the cost. However, if you let needed repairs and maintenance go for too long without fixing, you may need to pay upwards of $3,400 for a transmission replacement in your Buick vehicle!

The Buick Century is a model name used for the upscale vehicles produced by General Motors from 1936-192, 1954-1958, and 1973-2005. This car was known for its 2-door coupe, 4-door sedan, or 4-door station wagon style, with the car having a lighter and shorter build than previous models by the same manufacturer.

The worst model year of the Buick Century is the 2999-203 years, with 2001 having the most-reported issue of the power windows no longer working. Although this year has the most problems, the 2000 model year is often considered the least reliable due to the severity of problems and the prevalence of owner concern.

Fixing a slipping transmission is an expensive fix, with the most common solution being to rebuild the transmission or purchase an entirely new mechanism for your Buick. The typical repair cost is around $2,140 and occurs at nearly 80,000 miles. Owners state that their car goes into overdrive, the alternator fails, and the transmission slips while trying to accelerate.

The Enclave has succeeded in recent years, but not without a rocky start at the beginning of production. The 2008 Buick Enclave is rated as the worst model year due to the prevalence of issues, high repair cost, and owner concern. It also has the most-reported problem of transmission failure.

The categories of concern in the 2008 Buick Enclave focus on the transmission, steering, engine, and interior accessories. The 2008 Enclave has a wide range of issues, with the transmission miles declining, the new power steering units costing over $1,300, and plenty of engine complaints that all lead to a hefty Buick transmission repair cost.

The most common solution for this problem is to replace the entire transmission, rebuild the transmission, or replace the wave plate and fluid pump. The typical repair cost for this fix is around $3,570, with most owners having to perform this procedure before the war even hits the 100k mile mark. We would avoid the 2008 Buick Enclave at all costs due to the high Buick transmission repair cost.

The Buick Encore is a subcompact, crossover SUV built in 2012 and is currently still in production today. The worst model year of the Buick Encore is the 2013-20015 years, with 2014 having the most-reported problem of the battery dying during use.

The main categories of concern for car owners of the 2014 Buick Encore involve the interior accessories, electrical system, engine, AC and heater, brakes, and transmission. The main transmission concern that can spur an expensive Buick transmission repair cost is the fluid leaking, with the problem generally happening at around 44,000 miles.

The Buick Lacrosse is a mid-size sedan that has been produced by General Motors between 2005-2019 in the United States and 2006-present in other countries. A mid-size, 4-door sedan, this car comes in two layouts of either front-engine, front-wheel drive, or front-engine, four-wheel drive.

With the first generation of the Buick Lacrosse replacing the Buick Century and the Regal in North American markets, the car became the brand’s poster-child for a mid-size vehicle. However, even with the brand’s popularity and marketing, the Lacrosse had its fair share of issues and high Buick transmission repair costs.

The 2011 Buick Lacrosse had the most concerns in the engine category, interior accessories category, transmission category, and the cooling system category. The main transmission issues are the transmission slipping, a 10-second pause before the car slips into gear, the engine downshifting while driving, and the car not working during use.

The Buick LeSabre was a full-size car produced from the model years 1959-2005, showing a long-range of continuous production that sparked confidence and reliability in the brand and specific model. Before its production in 1959, the Buick Special was Buick's main car model. However, the Sabre soon took charge and was a staple in the car industry for eight generations.

The worst model year of the Buick LeSabre was the 2000-2002 years. The 2001 has the most reported problem of the power windows not working and the 2002 often being considered the most problematic and severe year due to the prevalence and high expenses of the issues.

Fixing the failed transmission in this car typically requires replacing the transmission at around 80,000 miles. The high Buick transmission repair cost averages $2,330 in the 2001 LeSabre, with owners stating that there are loud whining noises under the hood, the transmission fails prematurely, and the car gets poor gas mileage while driving.

The Buick Lucerne is a full-size car produced by General Motors from the model years 2006 until 2011, with the car having a distinctive 4-door sedan body style and FF layout. Named for the city of Lucerne in Switzerland, this car was eventually replaced by the Buick LaCrosse.

The most problematic years of the Lucerne were basically every year of production, with the 2006-2009 being the worst in terms of issue prevalence and problem severity. The most-reported problem was the fuse block melting in the 2009 year, while the 2007 model was often considered the least reliable.

The 2007 Buick Lucerne had problem categories of the electrical system, fuel system engine, AC and heater, and the transmission. The worst issue is transmission failure, with the average mileage of occurrence being 57,000 miles, and owners complaining of the transmission slipping during early mileage.

The Buick Regal is an upscale, mid-sized car that was produced from the model years of 2004, and 2011- 2020 in North American markets. Discontinued in 2004, the Regal was replaced by the Buick Lacrosse but eventually came back into production for the 2011 model year as a mid-sized vehicle.

Fortunately for Regal owners, only two model years had severe issues – the 2000 and 2011 options. The Regal’s most-reported issue is the engine stalling and shutting off while driving in the 2011 Regal, while the 2000 had its fair share of engine failure and timing chain issues.

The Buick Rendezvous was a mid-size crossover SUV produced from the model years 2002-2007, having a relatively short lifespan worldwide. The Rendezvous was the entry from General Motors to cross over into the SUV segment, with a four-door layout, front-engine construction, and optional all-wheel-drive layout.

The Rendezvous’s worst model years were the 2002, 2003, and 2005 model years, with the three worst issues being the leaking intake manifold, leaking head gasket, and AC no longer working. The 2002 is the worst model year, with the most problematic concerns being in the engine, cooling system, interior accessories, and transmission categories.