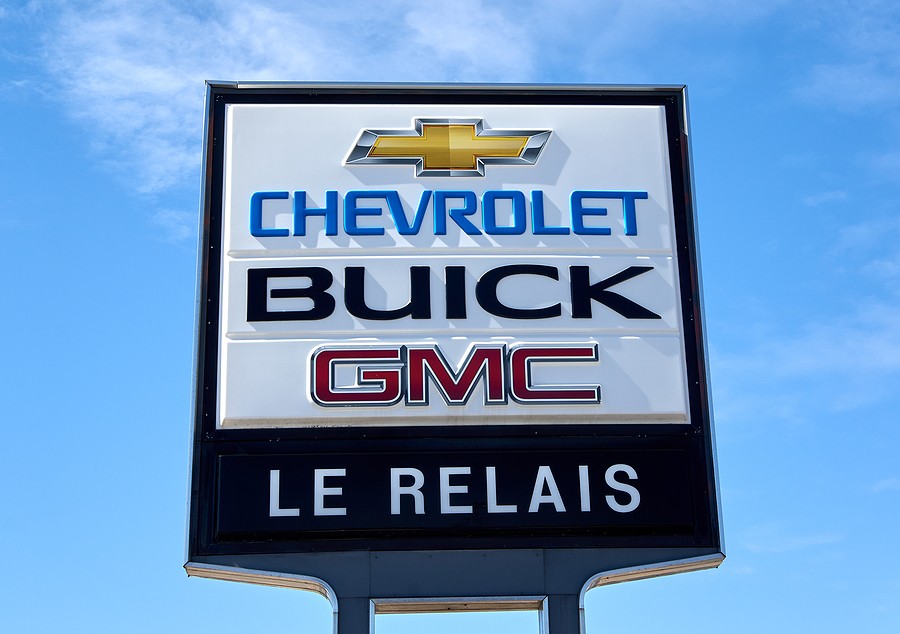 To fix the engine stalling and shutting off while driving, the most common solution is to check the transmission module or replace the valve train. The typical repair cost for this issue comes to around $140 to replace at around 72,000 miles. Owner's state with this issue that the engine suddenly shuts off while driving on the highway.

To best understand why you are experiencing these Buick Regal problems, you have to know the signs and symptoms of a damaged engine in your car. Fixing these issues before they get any worse can save you a hefty replacement cost in your Buick.

The cost of an engine replacement comes at an average of between $4,000 and $5,000, which can oftentimes be worth more than the vehicle itself is worth. This price is even likely to go up for a V6 or V8 engine, with the job prices ranging from the engine’s complexity and vehicle performance.

Rough idle when cold is one of the common Buick Regal problems and can be pretty difficult to diagnose since several mechanisms come into play. How your engine is idling is a good indicator of its overall health and how long it is going to last. Addressing the problem can help you save on expensive repairs or replacements in the long run.

sensation in the vehicle. Although some cases are less severe than others, the rough idle is usually pretty identifiable by both the driver and passengers.

In addition to the vibrations, you might also notice strange sounds when the car is running rough idle when cold. Along with the strange sounds coming from your engine and under your hood, there might be an inconsistent engine RPM while driving and accelerating.

Typically, a healthy vehicle will have a smooth RPM that stays at a consistent level of around 1,000 revolutions. If your vehicle is going too far below this line or moving too far above, you might be dealing with a rough idling issue and the other engine Buick Regal problems.

The second category of Buick Regal problems in the car involves the interior accessories, with the most common user complaints focusing on the heated seats not working, the radio turning on and off, the clock not keeping time, the cruise control not working, the key stuck in the ignition, and the dash panel randomly getting brighter.

The typical repair cost comes to $600 to replace the entire heating element at around 66,000 miles to fix the heated seats. In addition, to fix the radio and the clock, you should get your car checked at around 71,000 miles by a mechanic to see the root cause of this issue.

Keeping an eye and ear out for the most common transmission issues can help you keep your car running at a high-performance level for a long period of time.

The typical repair cost for the engine not turning over depends on whether you have to replace the entire battery in your car or repair the issue. The car’s average mileage not turning over happens at around 35,000 miles and has a severity rating of 7 out of 10 on the scale.

To keep your car working at a high level and preventing the electrical Buick Regal problems from hurting your car any more, you need to know the signs of a faulty and damaged battery.

One of the most obvious signs of a bad battery is the warning light on the car’s dashboard that can indicate to the driver and passengers something is wrong with your car. In some cars, the dashboard will show a light that appears like a battery, and in some cars, it will even say the word “CHARGE” beneath the icon.

Another sign that you might be having battery and voltage issues is that you have an old battery in your car. Suppose you have not repaired or replaced your battery in many years, and the battery is showing signs of deterioration. In that case, this is a clear indication that the battery is notwithstanding the rough conditions and needs to be replaced with a new option.

If you notice a smell coming from under your car’s hood, this could be due to the battery leaking fluid and causing a noticeable smell. This problem requires a new battery and can affect other engine components due to the leaking liquid, like acid corroding the metal engine parts.

Regarding the Buick Regal problems, the most common brake issues involve hot spots forming on the brake discs, the brakes overheating, and the service light turning over time.

Brakes apply pressure and the necessary friction to a vehicle’s brake rotors. The brake rotors are an important part of the system because the vehicle’s clamp pads clamp down on to stop the wheels from spinning. Brake rotors are just as important as brake pads in the braking function. The average cost of rotor pad replacement ranges from $406-$559. Brake rotors may need to be replaced as soon as you notice the uneven brake pad wear and the other Buick Regal problems.

First, a screeching sound when applying your brakes might happen. This sound is caused by a small indicator placed in your brake pad for this purpose. If you hear this while braking, it’s time to take your car in for inspection. In addition, if your brakes are constantly exposed to wet or damp conditions, then a layer of dust can form on the brake pads.

Second, if it isn't screeching, there might be an audible grinding while braking. If you hear a deep and low noise, this is typically a sign that the brake pads are worn away and that your brake discs and calipers are currently rubbing against each other. This rubbing can be due to the uneven brake pad wear over time and cause the prevalent Buick Regal problems.

Lastly, your vehicle might have an indicator light that will come on to signal when it is time to replace your brake pads. Be sure to check your vehicle’s manual to see when and how often this usually is and what the proper indicator looks like. If your light comes on, you’ll have to bring your car to a mechanic to shut off the light, as well as check the brake pads.

The most common Buick Regal problems regarding the lighting system involve the headlight bulb harness melting, the brake lights not working properly, the exterior tail lights, and the exterior headlights.

To fix the headlight bulb harness melting, the average mileage comes to around 60,000 miles at the necessary replacement time. To fix the brake lights not working properly, the typical mileage of occurrence is around 66,000 miles and has a severity rating of 6 out of 10.

The most common body and paint issues from the Buick Regal owners involve rust accumulating on the car and water leaking into the vehicle. To fix the rust on the car, car owners can usually take care of this problem on their own to save costs and cut corners.

The first step is to buy paint and supplies for your specific car. You will have to spend around $100 on the necessary supplies to fix the rust on your vehicle, buying the necessities like sandpaper, primer, tape, poly sheeting, rags, and touch-up paint to match your color Buick Regal.

After you have bought the necessary supplies, you need to mask the vehicle by taping the edge of poly sheeting away from the area you will be working on to fix the rust. Then, sand and clean the area before you begin to work on adding the new paint.

Once the surface is ready, you can spray the base coat and add the clear coat to the area that has been previously rusted on your Buick Regal.

The next category of Buick Regal problems involves the AC and the heater, with the most common complaint from owners being the AC line gets worn down by rubbing against the fuel line in the car. The most common solution to this issue is to replace the AC line at around 66,000 miles, with the severity rating coming to 4 out of 10.

The most common Buick REgal problem in the exhaust system involves the exhaust manifold splitting during use. The typical repair cost of this is around $200 to replace the manifold at around 100,000 miles.

The most prevalent windows and windshield problems in the Buick Regal involve power window failure. To fix the issues with the power windows, you should get your vehicle checked at around 114,000 miles to ensure the problem is not getting any worse over time. To keep your windows and windshield working correctly in the Buick REgal, you need to keep the window motor working correctly.

Window Is Stuck – There might be a certain situation in your vehicle when the window could rise or lower a little bit but then get stuck before it gets where you wanted it to go. This could result in the window getting stuck halfway up and not being able to fully raise or lower. When you have a stuck window, you most likely have a broken window motor regulator, with the improperly working regulator increasing the overall window motor repair cost.

Window Button Does Not Work – If you cannot properly raise or lower any of your vehicle’s windows by pressing the electronic button, you most likely have a bad power window regulator.

Window Drops – In less likely situations in your vehicle, you could have a severely damaged window motor regulator. In this case, the window might literally fall out of place and dislodge inside of your door when you go to press the button to raise or lower the glass to the desired position. This is usually seen when a car has been in an accident, and the vehicle’s door has been damaged by another car.

Knowing the most common Buick Regal problems can help you make a good decision on which model year is safe for you to buy! Keeping an eye and ear out for engine issues, transmission problems, and fuel system malfunctions can help you make the right choice as to which car to buy for you and your family.