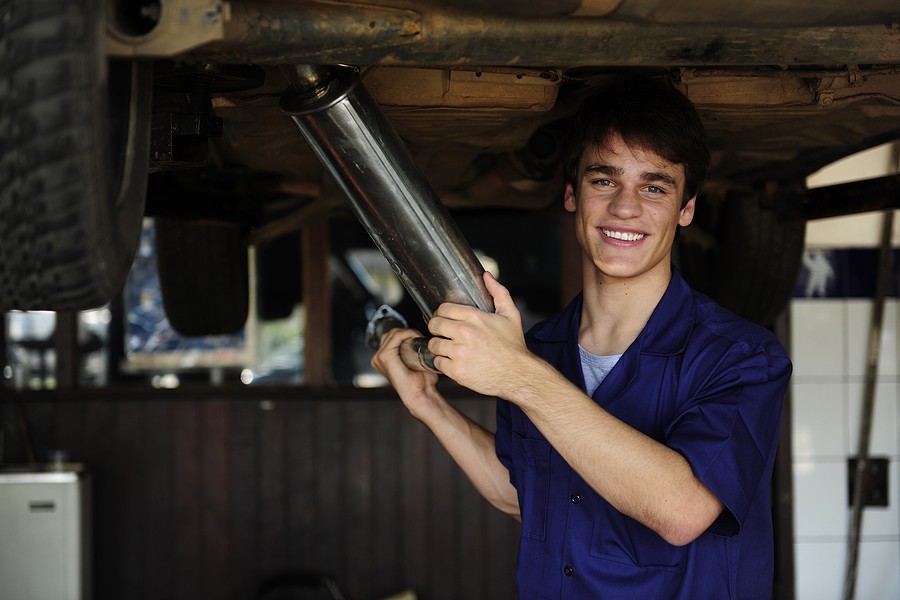 The first generation Buick Lacrosse replaced the Century and the Regal beginning in the 2005 model year, and served as the brand’s main midsize car. The automobile was first sold as the Buick Allure in Canada, but was then completely redesigned in 2010 and again in 2017.

Despite the Buick name providing reliable and reputable cars, the Buick Lacrosse has had some issues and problems throughout the generations and model years.

The top categories of concern regarding this first model year of the Buick Lacrosse feature the lights with the top number of user complaints, along with the most NHTSA complaints. The top user concerns for the lights involve the headlight failure and the cars only having high beams, with the typical repair cost for headlight failure coming out to $200 and the most common solution being to replace the headlights and occur at around 110,000 miles. There were many user reports of the headlights not working and the high beams not working correctly.

The top categories of concern for the next year were also the lights system, with the second top category of complaints being the cooling system issues. Regarding the lights, the main issues focus on the headlights going off intermittently, the headlight regulator burning up, and the bulbs having a short life span. The typical repair cost of these headlights going off intermittently is around $110 and occurs at around 106,000 miles.

The top problems in the cooling system of the 2006 Buick Lacrosse deal with the antifreeze leaking, costing around $240 to repair and occurring at an average of around 63,000 miles.

The main electrical issues in your Buick Lacrosse focus on the relay melting in the fuse and relay box, the electrical systems going out, and the fuse box and wiring getting burnt. These problems generally occur at around 146,000 miles and have users stating that the fuse box causes safety problems in the car.

The 2008 Buick Lacrosse had additional issues from the previous year, with the main concerns differing from the original models and focusing more on interior accessories and the engine. The interior accessories concerns focus on the door locks being faulty, the instrument panel lights dimming while driving, and the instrument panel lights blowing. The typical repair cost comes out to around $500 and occurs at around 72,000 miles, with the most common solution being to replace body control modules and the door lock actuators.

The top concerns regarding the 2009 Buick Lacrosse involve the engine and the interior accessories, despite the issues being much fewer than the previous 2008 model year. The main engine concern is the reduced engine power light turning on while driving, with the average mileage of these issues coming in at around 64,000 miles and has users stating that there is a lack of engine power and the check engine light turns on during use.

The top concerns in the interior accessories category focus on the dashboard lights not being visible in the sunlight, the door locks not working correctly, and the car not having lights on the floor gear shifter.

The 2010 Buick Lacrosse had the most overall complaints, and is one of the worst rated model years after all of the previous generations. The top category of concern focuses on the engine, with the interior accessories having the second highest number of complaints. The main engine problems focus on the engine stalling and shutting down while driving, the car having trouble starting, and the loss of engine power. To fix the engine stalling, the average mileage of problems occur at around 74,000 miles.

The main concerns in the interior accessories category focus on the paint and chrome peeling off, an inaccurate clock, uncomfortable front seats, and the window frame blocking your view.

The 2011 Buick Lacrosse follows suit with previous models in that the engine category is the worst system, with the top concerns focusing on the engine light coming on, the engine failing, the engine power reducing, and the engine stalling and dying while driving. The typical repair cost for these issues comes out to around $6,580 and occurs at around 27,00 miles, with the most common solution being to replace the engine, the battery, or change the spark plugs and clean the fuel system.

Similar to the previous years, the top category of concern focuses on the engine. The second category of concern focuses on the AC and the heater, with users having the main problems regarding the AC not working properly and the defroster not being wide enough. To fix the air conditioning not working correctly, the typical repair cost comes out to around $160 and occurs at around 31,000 miles.

Unlike the previous years, the top category of concern for the 2013 Buick Lacrosse focus on the interior accessories instead of the engine. The top complaints in the interior accessories category focus on the alerts on the screen, the memory seat settings being faulty, the audio stopping working, the chrome on the door handles cracking, and the reverse assist screen not working correctly. To fix these accessories issues, it costs around $170 to remedy the alert on the screen that occurs at around 76,000 miles.

The 2014 Buick Lacrosse is one of the last model years that have major complaints that need to be addressed before the relatively minor layers of 2015-2019. The top user issues with the 2014 model year was the interior accessories and the exterior accessories. Regarding the interior accessories, the main concerns focus on excessive heat noise, adaptive cruise control failure, automatic collision control warning light issues, cruise control stopped working, and the Bluetooth microphone not working correctly. The excessive seat noise generally occurs at around 20,000 miles, with users stating that the car makes a crackling noise while driving.

The main areas of concern in the exterior accessories category is the door handles do not work and the remote unlocks the trunk while the key is in your pocket. The typical repair cost of the door handles not working is around $1,200 and occurs at around 77,000 miles.

The 2015-2019 Buick Lacrosse had very minor issues compared to the previous model years. The 2015 only had minor issues regarding the engine, with the users stating the top problems included rough idle and the car shutting down while driving. The 2017 also had a few complaints with the electrical system and the seat belts, with the main concerns about the electrical system being that the radio sound only works intermittently and the speed limit does not display during use.

There are a total of 21 recalls for the Buick Lacrosse throughout all model years and production. One of the main recalls deals with the powertrain and automatic transmission and was set in 2013. General Motors had to recall certain 2013 Buick Lacrosse vehicles since the transmission shift lever and the transmission braking effect could be harmed by a software problem that causes the car to inadvertently shift to Sport mode. This can cause the engine braking to be unexpectedly removed and increase the risk of a vehicle crash.

One recall a year later is the front assembly seats and the power adjust system. General Motors recalled certain 2011-2012 Buick Lacrosse vehicles due to the bolt that secures the driver’s and passenger’s power front seat height adjuster falling out and causing the seat to drop suddenly to the lowest vertical position. If the driver’s seat drops, the distraction and seat position can cause the driver to lose control of the vehicle.

One recall occurred in the 2017 model year involving the suspension, with General Motors recalling 2017 Buick Lacrosse vehicles due to the rear suspension being incorrectly installed and potentially loosening and disconnecting from the suspension system.

The NHTSA is involved in rating crash tested vehicles by assigning them between one and five stars, indicating the amount of injury protection to drivers and passengers. The car earned nearly 5 stars in every category except for the passenger’s rating and the side barrier rating on the driver side.

Regarding the IIHS ratings, which rates cars based on front and side crash tests plus evaluation about neck injuries in rear impacts, the 2018 Buick Lacrosse earned a good rating in every category except for the torso, structure and safety cage, ease of use, and overall rating.

The IIHS is in charge of rating vehicles based on performance in high speed front and side crash tests, along with evaluations of restraints for protection against neck injuries during rear impact. The IIHS rates vehicles as either good, acceptable, marginal, or poor. The Buick Lacrosse in 2019 earned good ratings for almost every category, except for the the torso, the structure safety cage, the ease of use, and the overall rating.