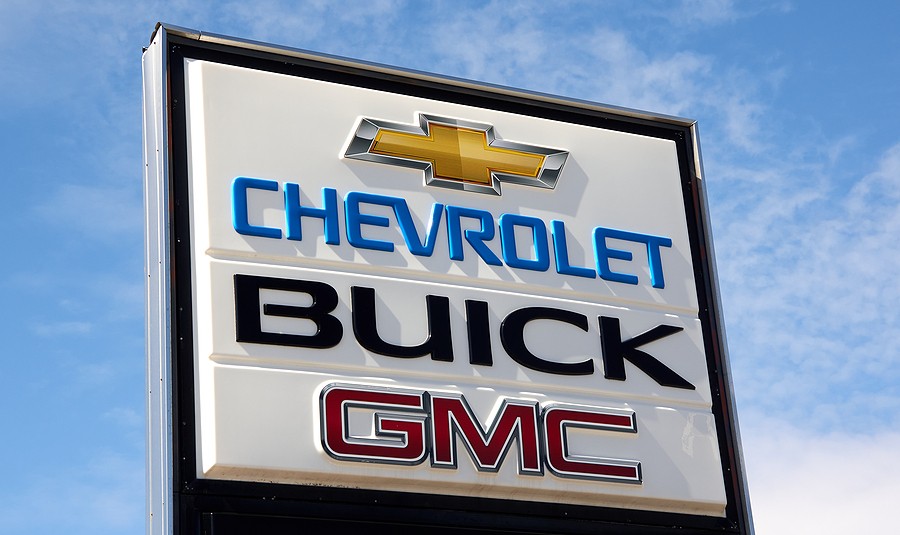 Buick is a division of General Motors, first founded in 1899 and establishing a massive following in the North American market. Selling luxury vehicles that are different from the time’s mainstream vehicles, Buick sold nearly 1.5 million vehicles by 2017, setting a record for the brand.

Although Buick had a loyal following, there were engine concerns that caused owners to be concerned about the lifespan of Buick cars. The total Buick engine repair cost will depend on the severity of the specific model’s issues, ranging from $500 to $800 for a small rebuild and $2,500 to $4,000 for a complete replacement.

In all of the Buick Vehicles, there are specific engine types used in the varying car models. The Buick Straight 6 engine is a frequent choice, used from 1914 to 1930 in the Buick Six Platform. The Buick V6 engine, commonly known as the 3800 engine, was a large V6 used by GM and Buick.

The GM E-Turbo engine is a member of GM’s next-generation turbo family. The engine uses start-stop technology and features high horsepower and acceleration in the newer Buick models.

The Rover V8 engine is a compact V8 internal combustion that was first designed by GM, used by Rover in the United Kingdom, and featured in many Buick cars.

The 2001 Buick Century experienced many problems with the windows, windshield, engine, electrical system, and transmission. The most common engine problems dealt with leaking coolant, the intake manifold gasket failure, and engine knocking noises coming from under the hood.

The main concerns for this model are engine failure, the check engine light turning on, the reduced power while driving, the engine continuing to run after the ignition switch is turned off, a delay while accelerating, and oil going into the air intake filter.

Fixing the premature engine failure is a hefty repair, with the typical Buck engine repair cost coming in at around $7.060 for this severe problem. The most common solution is to replace the engine at around 111,000 miles, with owners stating that the low oil pressure light comes on the dashboard, the car does not start, and the head gasket blows during use.

The top categories of concern for the 2014 Buick Encore involve the interior accessories, electrical problems, engine issues, and the AC and heater problems. The main engine categories involve the lack of power, engine surging, and the oil pressure light coming on.

The most common solution is to fix the engine concerns at around 30,000 miles, with owners stating that the car makes loud noises under the hood and the RPMs increase while trying to accelerate in the car. Unfortunately, putting this amount of stress on the engine can cause a high Buick engine repair cost.

The main concerns for the Buick Lacrosse focus on the model years 2008, 2010, and 2011 years, with the 2010 Buick Lacrosse having the highest number of complaints. Although this year has the highest prevalence of issues, the 2006 Lacrosse has a severe issue of the headlights failing in dim conditions.

The 2010 Buick Lacrosse has areas of concern regarding the engine, interior accessories, transmission, and cooling system. The engine problems focus on the engine stalling while driving, trouble starting, and a loss of engine power while trying to move. The most common solution to fixing the engine stalling frequently while driving is to disconnect the negative battery terminal or bring your car to a mechanic so they can estimate the total Buick engine repair cost.

The worst model years of the Buick LeSabre involved 2000, 2001, and 2002 model years. The most overall complaints occurred for the 2001 Buick LeSabre focusing on the power windows, engine, and transmission.

The worst concerns regarding the Buick Lucerne focus on the fuse block, electrical category, and the engine category, with the worst model years being the 2007 and 2008 models.

The 2008 Buick Lucerne has problem categories focusing on the electrical system, the fuel system, the engine, and the AC and heater. The top engine concerns are the car dying while driving, the engine turning over and not starting, the gas pedal sticking, and the motor mounts breaking.

The average Buick engine repair cost of the engine dying while driving comes to around $2,500 and $4,000 to replace the entire engine at around 120,000 miles.

The worst problem year regarding the Buick Regal is the 2011 model year, with the worst complaint focusing on the engine stalling or shutting off while driving. The 2011 Buick Regal problem categories involve the engine, interior accessories, transmission, electrical system, and the brakes.

The Buick Rendezvous has many problem models, with 2002, 2003, and 2005 model years being the most problematic in terms of severity and frequency of issues. The main categories of concern focus on the engine, cooling system, interior accessories, and the AC and heater in the 2002 Buick Rendezvous.

The 1999 Buick Park Avenue has the most overall complaints, but the 1998 and 2000 model years are also regarded as unsafe due to the severity of concerns, such as the car stalling immediately after warming up.

The most common engine concerns in the 1999 Buick Avenue involve the coolant leaking into oil and the engine tachometers stops working while driving. Fixing a coolant leak usually entails replacing the intake gasket at around 97,000 miles.

The typical engine rebuild for your Buick engine repair cost is between $2,500 and $4,000, with the price varying depending on your Buick model, labor costs, and the total cost of the part used in the repair.

PrevPreviousBMW Service Engine Soon Light On? Here’s What It Might Mean
NextMazda Transmission Repair Cost – Keep an eye out for early transmission failure!Next