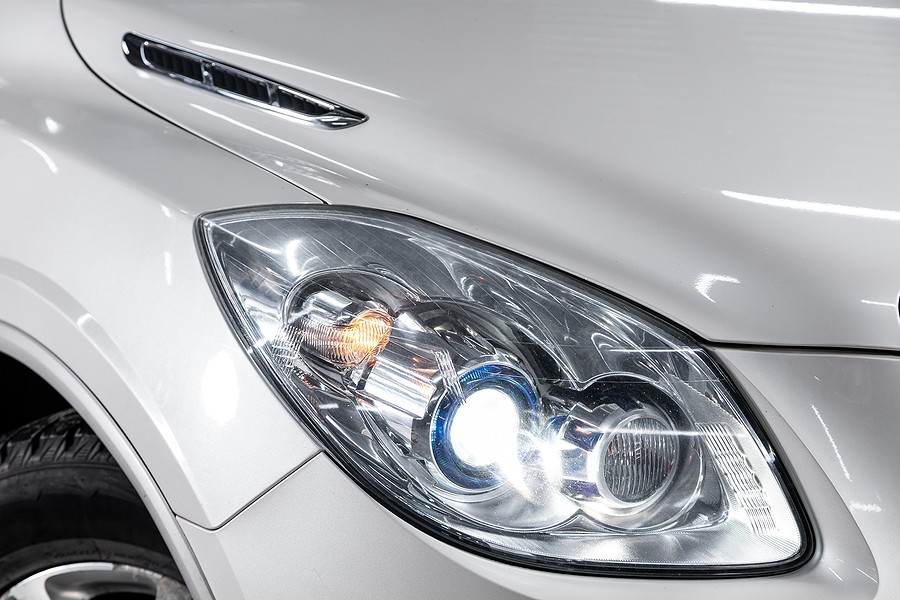 The Buick Enclave offers drivers a comfortable, mid-size 3-row crossover SUV. With its launch back 2008, the Enclave was reviewed at the 2006 North American International Auto Show; there is was viewed as a concept car, making it the first Lambda vehicle to be on display. As a replacement for both the Buick Rendezvous and the truck-based Rainier, the Enclave top ranking as an Affordable Midsize SUV in from News & World Report's rankings Buick unveiled the second-generation Enclave at the 2017 New York Auto Show.

Is The Buick Enclave Being Discontinued?

While the Buick Regal will no longer be available, the Enclave seems to be a vehicle that Buick will focus on. A report in USAToday.com states that Buick will shift its focus to SUVs, crossovers and the like: “The [Buick/GM] brand is now focusing on sales of its lineup of SUVs, including the Enclave, the Encore and the Envision,” states USAToday.com.

Buick seems to be adding some tremendous features to the 2020 Enclave: “The 2020 Enclave helps you navigate the unpredictable and empowers you on the road with a suite of available advanced safety technologies, including Lane Change Alert with Side Blind Zone Alert and Automatic Emergency Braking, “adds Buick.com. The site further adds: “When it comes to performance, the Enclave SUV is eager to please with its 310-horsepower 3.6L V6 engine, available intelligent All-Wheel Drive with active twin clutch and a standard 9-speed automatic transmission. Enclave also delivers plenty of pull—including towing capability of up to 5,000 lbs. with the available Trailering Package.”

Do Buick Enclaves Have Problems?

Given its style and offerings, one would think that the Enclave is free of issues. But just as any automaker, there are great vehicles and then there are vehicles that give owners problems. Reports indicate that the top issue with the Enclave seems to be the transmission.  Owners usually notice an issue with the transmission, when the Enclave begins to clunk or shake while increasing in speed.  Additional reports indicate that Enclave owners note these clunking as well as shaking issues around the 91,000-mile mark. Furthermore, it appears as if the 2008 models are generating the most complaints regarding transmission issues. It also appears that after that 2008 model year, Buick listened and consequently made some changes. Why? Well the transmission issues seem to be less of a problem for the 2009 Buick Enclave. Additional issues with the Enclave that have been documented include:

As many Enclave owners reported the issue of a stretched timing chain, it’s well known that this component is a vital part of every internal combustion engine. A working timing chain is stretched around the camshaft as well as the crankshaft, and is regulated so that the engine’s valves open and close at the appropriate time. But when the timing chain becomes stretched, it can no longer successfully perform this function- thus leading to costly repairs. Sure, a timing chain has to be replaced on a vehicle that someone keeps for a long time. But replacement generally occurs around 150,000 or 200,000 miles. For Enclave owners with a stretched timing chain, they report the problem 40,000 miles.

Another well-documented issue with the Enclave, seems to be the power steering. While this issue is relatively easy to notice quickly and even better at diagnosing, it can cost over $1000 to repair. During a drive with this issue, the Enclave owner will experience a steering wheel that is hard to turn while driving. Earlier Enclave models seem to have the most power steering problems. Specifically, Enclave vehicles between 2009 and 2011 reportedly have highest number of reported complaints.

Is the Buick Enclave A Reliable Car?

Take a read of what some Enclave owners have to say about the reliability of their vehicles!

“I had three GMC cars, two for my husband and myself for work and the Enclave for travel so you can tell by the miles and year I don’t drive it much, so I retired and sold my work car and now I will only have the Enclave and as soon as I sold the other car the Enclave’s transmission failed. I didn’t get my money that I paid into this car. And I will never buy another GMC car. After I fixed it with the GMC dealer Ian’s took it on the road the engine light came on, I had to take it back to the dealership.”

“Transmission was replaced with USED transmission, the extended warranty plan (Cars Protection Plus) would not pay for a rebuild or to be rebuilt. Now after only a little over 5000 miles and 15 months later, I am having a problem with shift solenoid and transmission would not upshift, various trans codes. [I] had taken it for service but it would not happen when they had the vehicle, took it to a different shop and they could not get it to fault either. At wits end going back and forth with this vehicle because the extended warranty company would not cover the repairs unless this occurrence happens at the shop. I bought a diagnostic scan tool because if I clear the codes it does not happen for several days, then acts up again! [It] should have been replaced with a rebuilt transmission in the first place and I would not be having this problem now. I have had to shell out money we did not have to get a rental only to find out I could not get reimbursed because the shop could not get the vehicle to have this problem, totally ridiculous!

“Never ever buy a used Buick Enclave from 2010. Purchased 11/1/2017 from local dealership (believe they threw a party after I left with this piece of junk). [Five] months later check engine light comes on with a codeP0008, engine ignition systems. [I]Talk with local mechanic said most likely is stretched timing belt & told to go to Buick dealership because some repairs of this issue covered under an extended warranty campaign from Buick. Dealer checked VIN# & this is not covered even though it’s the same issue that was recalled by Buick & fixed in 2008-2009 models that had this motor in it.  Dealer more than happy to make $2,500 fix & said they did a lot of these. Contacted Buick Customer Care & was told that vehicle was out of warranty & nothing they could do, they were ‘sorry'. I'm sorry too. Sorry that I purchased a vehicle that was engineered to fail. Sorry that Buick nor the dealership will do the right thing & fix this lemon out of their own pockets (I have other problems I will be reporting on with this vehicle). And sorry that I didn't do the research before I bought this money pit. Just type in 2010 Buick Enclave problems & the lists & reports are virtually endless. Sorry Buick, unless you make this right, you've lost this customer.

“Service engine light came on 6/1/18 on trip out of state. [This is based] on current mileage of 122,000 minus mileage of trip the mileage would have somewhere around 120,500 or less. Also, on that trip had a brake problem. Local mechanic changed rotors. I ask him to check service engine light but he said at that time it wasn't on. Couple days later it was back on. I had him check it while it was on and the code PO008 came up so meaning timing chain. I took it into the dealership today. Repair estimates now will cost me $3200.00. Mileage is now at 122,000 so GM refuses to cover the repair charges because even though the 10 years is not up the mileage is now over the 120M extended warranty period. I've taken my Buick into the dealership numerous times past couple years for warranty recalls, etc. and also for a check engine light at 61,375 miles. Nothing has ever been said about the timing chain problems or the Customer Satisfaction Program 10287 which offered to reprogram the control module. So much for their Customer Satisfaction Program. I'll never own another Buick or GM vehicle. Done with both.”

How Many Miles Will A Buick Enclave Last?

From the worst to the best, some Enclave owners are not only seeing high mileage with their Enclave, but great performance. Find out how many miles some Enclave vehicles last as well as more!

“Best car I have ever driven. 34,000miles and no problems. Great power and braking. Great sound system and love OnStar.”

“My 2012 Buick Enclave was purchased new and lasted eight years and 208,000 miles: Chicago winters, family trips, work commute- 60 miles round trip. Best vehicle I have owned. Traded in the 2012 Enclave yesterday for a 2020 Enclave!”

“Bought it in 2007 and owned it until 2017. AWD, fully loaded, V6. Did 325,000 km (190,000 miles), replaced 1 wheeled bearing on warranty and never had a problem. Love, love, loved it. A tank when it came to winter driving on ice and in snow. Never got stuck and the most stable Vehicle I ever owned. Everything is solid and made to last. Impressive for a luxurious crossover. Pulling a trailer or heavy loads … no problem. Exchanged it for Envision in 2017 … regretted it ever since. I miss my Enclave.”

Do Buick Enclaves Hold Their Value?

It appears as if the Enclave is a vehicle that can hold on to its value. According to the Kelley Blue Book: “The Enclave is expected to retain at least half its value over three years and has been average in its segment for total 5-year cost-to-own.”

What Is The Best Year For The Buick Enclave?

“Have owned two Enclaves now and no major problem in 46,000 miles total.”

“The level of quality workmanship, material, parts and warranty. 16,000 miles and no apparent defects.”

“First car that has not been back to the dealer for a major problem in the first two months.”

Which Is Better Honda Pilot or Buick Enclave?

When you compare the Honda Pilot to the Buick Enclave, you are comparing two very durable cars.

Although the Pilot and the Enclave seem to offer the same amount of room for rear passengers, the Enclave may be even a bigger hit for those tall drivers as well as front seat passengers, since it has a lot of more front head- and legroom than the Pilot.

Regarding cost, the Honda Pilot may be a more economical choice over the Buick Enclave, when it comes to MSRP. And don’t forget about the Destination Charge- the standard charge for transporting the vehicle to the dealer from where it was manufactured. But of course, you have to consider great deals, rebates, the time of year you are buying your vehicle and if you are purchasing a pre-owned or a new vehicle.

While both vehicles offer similar torque as well as turning radius, it will all come down to functionality and style.

Have an Enclave You are Looking to Sell?

For whatever reason, you are looking to get rid of your Enclave. We can help with that! Forget selling it online or selling it to a family member. For fair market value for that Enclave, you can sell it to Cash Cars Buyer!

Not only do we charge you nothing to get rid of your Enclave, you can receive fair market value dollars on the spot! Just click here to enter your Enclave’s specs. Then, call us and tell us all about your Enclave. We will then present you with a guaranteed offer on your Enclave you will love. Once you accept your offer, we will make plans to come to your home or location- to appraise your Enclave, and offer you money right there! Sell your Enclave today, to Cash Cars Buyer and get the money you need as well as deserve, NOW!