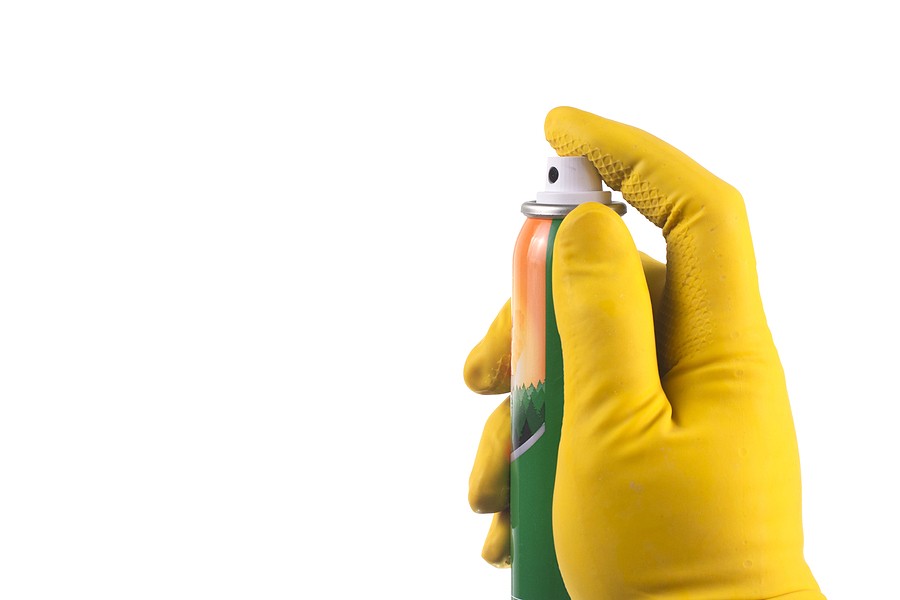 As a driver one of the last things you expect to deal with is an infestation of bugs in your car. But it does happen sometimes and really, to a bug, a car is no different than a house. If you have easy access to food in the car, it may be all a bug needs. There’s shelter, water when it rains, and protection from predators so they can breed. If you’re experiencing an issue with bugs in your car you may be tempted to look into getting a bug bomb to simply clean them all out in one fell swoop. But is it a good idea? Let’s take a look and see.

Is it Okay to Bug Bomb Your Car?

If you have a serious pest infestation in your car, then you can use a bug bomb if it's designed for the space you need. That means one meant for cars or small areas, not for whole houses. The process for using one to clear your car from bugs is not a difficult one but it does take some effort and especially time. You need to do this when you have a few days to spare. Ideally, you’re going to want to let your car sit for at least two or three days to allow the pesticide a chance to work and then dissipate.

Step 1:  Clean up any mess and debris in your car, especially any food packages, wrappers, or crumbs. Thoroughly empty your trunk and clear out everything from top to bottom. Remove any child seats you may have as well, and seat covers. Remove the floor mats as well.

Step 3: Take your car to a well-ventilated area outside. You definitely don't want to use a bug bomb in your garage. Place a roach bomb as close as you can to the middle of the car, either in the centre console between the driver seat and the passenger seat, or right behind it in front of the rear seats. You can also set off a second one in your trunk. If using the trunk bomb, set that one off first and then set off the interior one after that. Quickly close and lock the doors.

Step 4:  If at all possible, you can tarp your car at this point. A painter's tarp for a large plastic sheet will do. Something that will cover most if not all of your car and keep the pesticide from escaping. The best thing you can do is secure the tarp to the ground afterwards with some duct tape.

Step 5:  Leave the bug bombs to do their work for the suggested length of time, though it's a good idea to tack on a few extra hours just to ensure that the job has been done. Once the full length of time plus a little extra has passed, maybe two or three more hours, then you can remove the tarp and open the windows.

Step 6: You're going to want to let the car sit to air out for several hours at this point. Anywhere from five to eight hours should be good with the windows open. Keep everyone out of your car for this length of time.

Step 7:  Once the car has had a chance to air out you can vacuum it again, making sure to get into all the cracks and corners that you possibly can. You also want to use a cleanser on all the surfaces inside your car. Your best bet is to actually take it to get professionally cleaned at this point but if that's not an option you can do the job yourself by wiping down all surfaces with a sanitizing solution to remove pesticide residues and make it safer for you to use again.

Step 8: If you have a serious infestation of insects like cockroaches then unfortunately you're going to need to repeat this process again a week or two later and likely a week or two after that as well. This is because bug bombs are not able to destroy the eggs, so they may hatch and restart a new infestation again. It can take two to four treatments to thoroughly clear your car depending on how bad the infestation is. However, if you can keep your car free of any food sources during that duration it will also discourage the roaches from wanting to stick around and will help you eliminate the problem more quickly.

Can You Use a Raid Fogger in a Car?

If you have an issue with insects in your vehicle you may be tempted to use a Raid fogger inside the car. While these are an okay idea for the large, open spaces of your home, it's not a good idea to drop one of these in your car and set it off. They're not meant for a space that small and you're going to contaminate the car pretty severely with pesticides that will certainly kill whatever insects are in there but they're also going to contaminate you every time you get in the car thereafter. The residue will be on every surface and the amount of effort you'll have to put into cleaning that off to make it safe for you kind of defeats the purpose.

Any residue left over from a pesticide fogger isn't just annoying, it could also potentially be dangerous and have some serious health concerns. They are better ways to get bugs out of a car that won't put your own health in jeopardy so you may want to avoid this idea for the safety of you and your passengers.

The directions from Raid’s website warn to never use their fogger in a space smaller than 5 x 5. For your car, you should choose a different type of bug bomb.

Can you Get Bed Bugs from Someone Sitting in Your Car?

Usually when you're thinking of a bed bug infestation you're obviously thinking of the bedroom since the bed is the focal point for most bed bug activity. But you have to remember that bed bugs got to that bed from somewhere else to begin with. Bed bugs are notorious travelers and can move from one place to another fairly easily. Any fabric, especially clothing, that has been sitting in an area with an active bed bug infestation could easily become contaminated. If someone wearing those clothes gets into your car, they can transfer from that person into the upholstery of your vehicle. At that point they can easily transfer from the car to anything else in the car which includes you, your passengers, and your pets.

If you think you might have a bed bug infestation in your car, you can approach it in much the same way you would deal with it in your house. The first thing you want to do is get the area as clean as you possibly can. Remove all the clutter and trash that might be around the foot wells, under seats and in door panels. You'll have to do a close visual inspection because they're not easy to see and they do like to hide out of sight. Check in the seams of your upholstery around and under the floor mats and even in the glove compartment along the console. If you don't see the bugs themselves, you might find signs of them like dark spots and tiny blood stains. They also shed their exoskeletons fairly regularly so you may see what looks like the tiny husk of a bug. If it's difficult to see everything, a good tip is to use some double-sided tape to swab the upholstery and the mats in your car, especially in all the cracks and crevices. Take a look at the surface of the tape to see what kind of stuff it's picked up. Remember these things are pretty small, so you'll have to get in there for a close look.

Can Roaches Live in a Car?

Usually when people think of roach infestations they're talking about a house or an apartment, however you can get a cockroach infestation in your car as well. Roaches can get in your car pretty much the same way they'll get into your home. If there's food there, a safe place to stay out of the elements, and places to hide, it's good enough for them. If you're transporting something that has cockroaches in it like luggage, groceries, or construction equipment then there's a good chance they're going to transfer from your trunk to the rest of your car.

Generally, when someone sees a roach in their car their first instinct is to simply clean up and hope that will work, but unfortunately that won't do to get rid of an actual cockroach infestation in the vehicle. For every single roach you see there's a good chance dozens or even hundreds more are hidden away someplace like inside door panels and around the frame, in the upholstery, under the mats and so on. When they're done eating any readily available food sources that you have in the vehicle, they will start eating things like fabric and plastic casing on wiring as well. That’s the reason you can't expect that they’re just going to disappear on their own. if you do see roaches in your car, you're going to have to use some kind of pest control system to eliminate them before the situation goes from bad to worse. If you don't have them in your home but they are in your car it's only a short period of time before they make the jump from one to the other.

How to Get Rid of Spiders in a Car

Every now and then spiders will be drawn to cars and set up shop under the hood and in vents. Mazda has even had to recall some of their models due to problems with spider infestations. When it comes to these kinds of pests you don't actually need to go all in on a bug bomb. Spiders are very much put off by certain smells. If you buy some peppermint oil and mix it into a spray or use it on a cloth to wipe it around your vents and mirrors it will cause them to leave you alone. Mix about 20 drops of peppermint essential oil with 1 and 1/2 cups of warm water and put it in a spray bottle. You can spray it around your car like it was an air freshener. That should do the trick for keeping them out of the cabin of your vehicle and moving somewhere else. You can also use citrus oils for the same job as spiders are not fond of that smell either.

It should come as no surprise that insects can and will be attracted to your vehicle as a potential place to set up a nest and wait out cold weather. Your car is open from the underside to allow them in and presents ample places to hide out away from predators. And, if you’ve allowed any junk and food to accumulate, they may have plenty of food to eat as well.

If you suspect you have an infestation, it’s best to get on removing it as soon as possible. The longer you let this go the more chance you’ll allow the infestation to get out of control and spread from the vehicle to your home so you have two infestations to deal with rather than just one. Keep you car as clean as you can, make sure you're throwing away any food wrappers and not leaving crumbs laying around, and if necessary make sure you do a thorough fumigation of the vehicle to stop the problem before it gets any bigger.