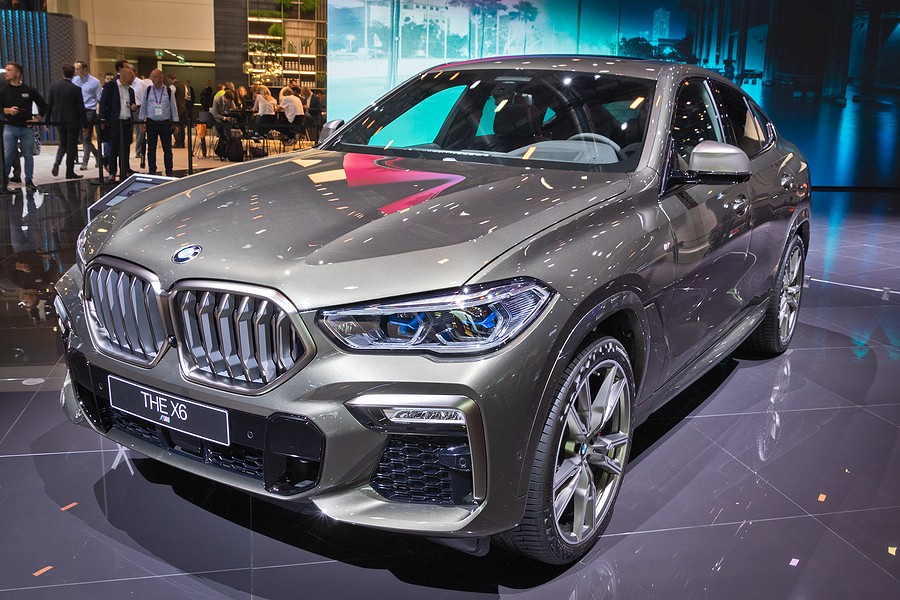 Before we discuss its transmission like how it works, what could go wrong, the fix and expenses let us first get to know BMW X6. The BMW X6 is a mid-size luxury crossover SUV manufactured by the German brand BMW.

It's built alongside the BMW X5 in BMW's North American plant in Greer, South Carolina, on the same platform. Prior to the introduction of the X7, the X6 was regarded as BMW's flagship SUV. The first generation (E71) went on sale in April 2008 for the 2008 model year, and the second generation (F16) debuted at the 2014 Paris Motor Show. The X6 was unveiled in its third generation.

So are transmissions rebuilt or replaced? Generally, CTVs and DCTs are replaced, not rebuilt. The transmission gets taken apart, just like what is done in appliances not working right, but unlike appliances, the transmission gets fixed and assembled back in the right order. So when you do a rebuild the “soft” parts of automatic transmissions are still replaced. These soft parts are those that easily wear with use and friction, like seals, clutch plates, and gaskets to name a few.

The transmission cooler will be flushed and removed, as well as the transmission filter. Any further damage will be checked for and replaced as required. Then it's all put back together again by experts who know what they're doing.

So we can better understand the BMW X6 transmission replacement cost, let us also look into the recent year model’s engine, transmission, drivetrain and their efficiency. The X6 can be purchased with a ‘B58’ 3.0-litre, in-line six cylinder, turbocharged petrol engine and is installed longitudinally or perpendicular to the axle. The X6 is also available with a diesel engine worldwide.

A ZF-designed eight-speed torque converter automatic transmission receives power from the petrol in-line six-cylinder engine. The eight-speed transmission is also used in a number of other BMW vehicles with high-torque engines. The transmission has eight levels to choose from, allowing for fast acceleration as well as calm, fuel-efficient highway cruises.

BMW's xDrive all-wheel-drive system comes standard on the X6. The system divides torque 40:60 between the front and rear axles, but depending on the grip available, it can send 100% of the power either way. The X6 is built to be driven in the city, but it can also handle some rugged roads and includes features such as hill descent control.

When the turbocharged in-line six-cylinder engine, eight-speed transmission, and xDrive drivetrain are combined, the over two-tonne SUV claims to sprint from zero to 100 kilometers per hour in 5.5 seconds.

The ‘B58′ engine in the X6 improves performance with features including a twin-scroll turbo, direct fuel injection, variable valve timing, variable valve lift, and idle start/stop. The nearly three-metre long, two-tonne, powerful SUV is estimated to have a fuel efficiency of 10.31 kilometers per litre. Thanks to an 83-litre gasoline tank, the X6 has an ideal range of 855 kilometers.

Your transmission isn't functioning as it should if your car has rough shifting, gear sliding, banging into gears, or blips of elevated RPMs without increased speeds. Your transmission could shift erratically, could be slipping, could be stuck in gear and show a malfunction message if it's failing.

Another indication that you might look into your BMW transmission cost is when you start to notice strange smells, which could already be a sign that your transmission fluid is burning inside your components.

A lot of people tend to ignore the check engine light whenever it appears thinking it's just a little light? What's the worst that could happen? You may ignore the check engine light but you will be doing it at your own risk. In the end, it's lit up because something's wrong with your engine. And no matter how hard you try to make it go away, the reason isn't going away.

When the BMW iDrive displays a transmission-related error message, the vehicle enters safe mode, also known as limp mode, in which the transmission no longer changes. When this or other transmission related problems happen there might still be a way to fix them. This way you can do the fix yourself without having to worry about your BMW X6 transmission replacement cost and they are as follows:

Doing an engine restart can fortunately be a quick fix for transmission problems.

The first thing you can do if your BMW shows a transmission error message or is stuck in gear is to find a safe spot, switch off the engine, and restart it. Before starting the engine, wait at least one minute. The engine control unit may be reset, and the transmission fault alert may be switched off. It isn't always effective, but it is worth a shot.

Don't say there's nothing wrong with your BMW just because it's shifting normally again. There's a fair chance you'll have to deal with the same transmission issue again. Have your BMW diagnosed by a mechanic, or at the very least, use a BMW Scanner to read the codes and check the transmission fluid level.

The problem may be incorrect shift points if your BMW shifts erratically or does not respond properly to the gas pedal. Reset the adaptive settings if necessary. This is a simple and straightforward technique. It requires no tools, and will only take a couple of minutes. It has no risk of damaging the transmission as it simply resets the shift points back to factory settings.

There might be a DSC or ABS fault code that causes the transmission to go into limp mode. It's likely that a fault code will bring your BMW automatic transmission into Fail-Safe mode, even though nothing is wrong with it.

Your BMW should be parked on a level surface or elevated using a lift. The transmission's fill plug should be withdrawn. The drain plug can be used to check the level in certain versions. You'll have to figure out which transmission you've got. If the oil pan is completed, only a small amount of transmission fluid can drain.

There will be no oil coming out if the level is poor. But overfilling the transmission above the recommended amount may trigger shifting issues as well.

Again, one of the priciest repairs you will make is for your transmission, which is especially true when talking about the BMW X6 transmission replacement cost. A transmission can fail for nearly as many reasons as there are parts inside, and it's always easier to replace than it is to fix. What’s even better is to avoid going down this road overall by strictly adhering to the service schedule outlined in your vehicle's owner's manual.

With a rebuilt, you'll have to pay not only for the new or rebuilt transmission, but also for the labor to remove the old one and install a new one. This is a lengthy process that includes disconnecting fluid lines, electrical wiring, engine mounts, exhaust system parts, axles or driveshafts, and other components. A transmission replacement may be done by a transmission specialist or a service department technician at your dealership.