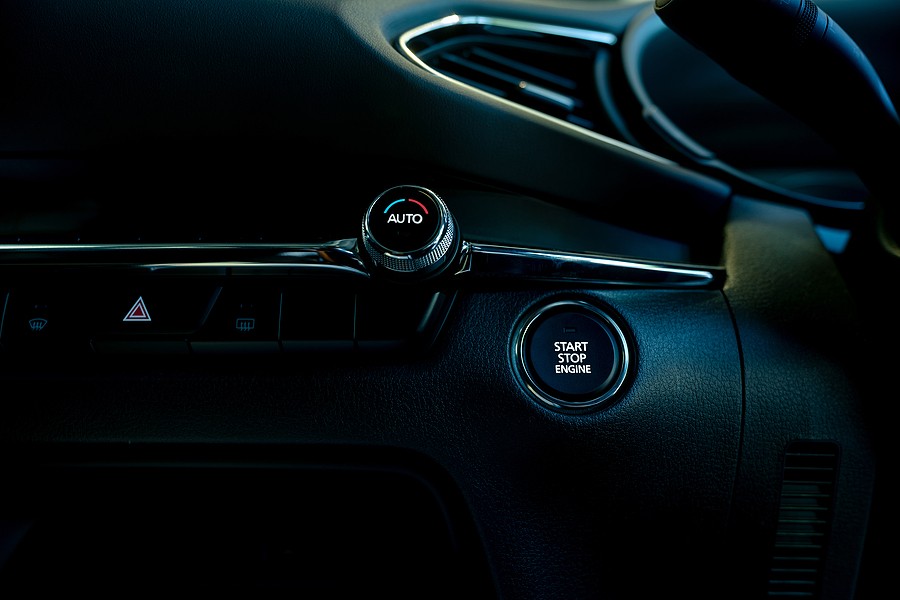 If you have a push-button start mode in your BMW, then there is no turn of the key to even try to get the slightest response from your car. While the push-button start is the next generation of keyless entry for your BMW, you may not completely understand how it works and what to do when your BMW won't start. Continue reading as we explore the topic in further detail.

What is a Push Button Ignition?

Push-button start cars, including those manufactured by BMW, use a keyless ignition system. The fob needs to be inside the car when you push the start button to start the engine. The fob connects to the car's computer system and allows the driver to start the engine without a key physically turning the ignition. Basically, the fob sends out low-frequency signals to the car.

The ID signal emitted by the fob is unique to that vehicle it connects with. The car's receiver will pick up the signal and respond by sending power to the engine.

Up until the mid-'90s, keyless entry was a luxury granted to only a handful of premium cars. Many BMW's of the '90s still needed a physical key to be inserted into the door to unlock it and then into the ignition to get the engine started.

It wasn't until the early 2000s that BMW started producing cars with a push-button ignition, and the trend is growing, even amongst the more affordable models.

According to statistics released by the National Highway Traffic Administration (NHTSA), only 5,000 cars, of all makes and models, had been produced in 2002 with a push-button start. By 2013, Ward's Auto reported the numbers to be close to 4,4 million, and they are still on the rise as more cars enter the market with a push-button ignition.

However, BMW has evolved their key once again as technology reaches new heights in the automotive industry. Recently, they have completely revamped their keyfob. The new i8 and 7 series models now have a fully interactive remote control device that goes beyond a physical instrument that signals the engine to start.

Why Your BMW Won't Start

If your engine does not crank when you push the start button in your BMW, then you may be experiencing one of these problems:

There could be a conventional electrical problem preventing your car from starting, such as:

While some of these problems are general across all BMW models, some are also specific to those that have a push-button start engine.

Let's explore why your BMW won't start with a push-button start engine in further detail.

Your keyless engine will not start unless it detects the key is inside your BMW. If the key fob is inside your vehicle and the engine still won't start, then the battery may be dead in the key itself. A key fob with a drained battery is rendered useless since the car's system will not recognize the fob inside the car. Not only do you have an inactive key, but a car that won't start either.

There is a way around this, though. You may not be able to unlock your vehicle remotely, but you can still access your car and start it manually.

To unlock your door:

To start the car manually, you can:

While all of the above are helpful tips to gain entry into your BMW and to manually start it, rather replace the key fob's battery as soon as possible. You will need to switch out the battery for either a CR2450 or CR2032, depending on your BMW fob.

If the battery is not at fault in your key and your BMW won't start, then your key fob may be damaged.

The key may be repaired; however, it may be easier and possibly less expensive to replace the key with a new one.

If you opt to replace the key entirely, then the starting price for a BMW key fob is $300. More advanced and new BMW models carry a higher price tag for a replacement fob.

Below are some of the possible causes of a defective push-button start system, and possibly why your BMW won't start:

The Engine Cranks, But Your BMW Won't Start.

If the engine does crank when the push start button is pressed, then it is likely that the fault does not lie in the push-button start system. If this is the case, and the anti-theft light is not flashing, then check for:

If the engine cranks slowly, but it still won't start, then a weak or discharged car battery could also be a cause. If it cranks slower and slower until you just hear a clicking noise, then your starter motor does not have enough power to turn over your BMW engine.

Diagnosing the cause of the problem behind your BMW not starting will help you determine the appropriate solution. When in doubt, rather consult a professional to assist you.