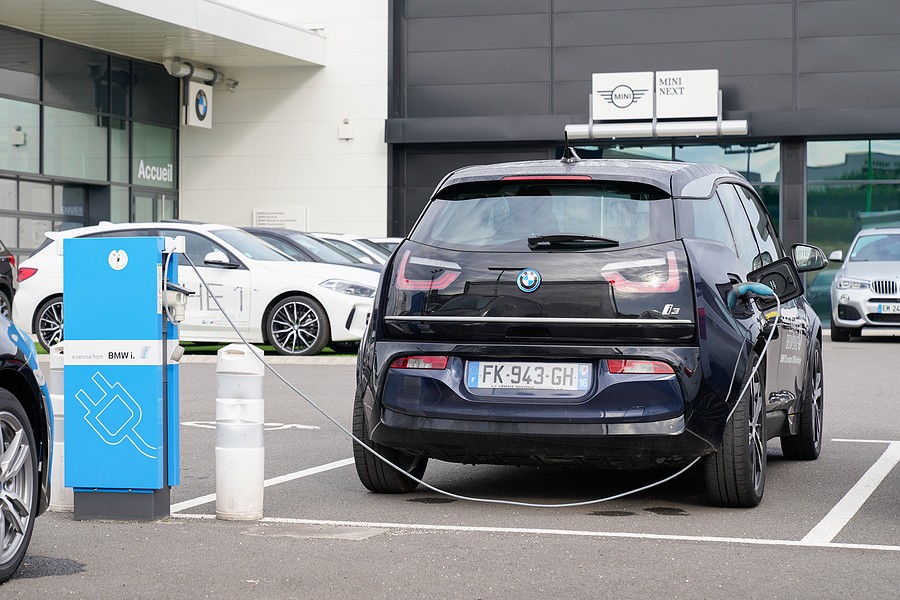 Whether you have a completely fresh and brand new BMW or an old used one, you may be wondering how often you need BMW battery replacement to get the optimum performance. A BMW battery typically lasts three to five years. But there are numerous elements that influence the equipment's longevity. In addition there are also things you need to know about BMW battery replacement that sets it apart from other car brands. We are going to discuss it in detail in this article.

Why You Will Eventually Need a BMW Battery Replacement

You will eventually need a BMW battery replacement because just like any other batteries, BMW batteries have a shelf life. It could last 3-5 years and that depends on some factors that affect how fast the battery components can deteriorate. Here are the affecting factors:

If you are living in a place with a hot climate it can cause the liquids inside the vehicle battery to evaporate, reducing the battery's lifespan.

The frequency of your BMW battery replacement also depends on the terrain you are often driving on. Hold-down clamps secure your battery, but they might loosen over time. When your battery is jostled while driving on a bumpy road, the vibrations might put additional strain on your equipment.

When your battery empties to the point that it requires a jump start, it can severely reduce the battery's lifespan.

The quality of the battery you are using is also another factor. OEM parts, on average, endure far longer than aftermarket replacements, according to our research.

How do I know if my BMW needs a new battery?

You already have an idea how long a BMW battery can last and the factors that could cause its lifespan to shorten but how will you know that the battery is nearing its end. Here are the signs to look out for that you already need a BMW battery replacement.

You may arrange a battery check with your mechanic, but you can also learn how to test a car battery on your own. You can use a digital multimeter to accurately verify the battery levels, or you can perform a quick headlight test.

Start your car, turn up the headlights, and rev it up. Your battery may be fading if your headlights become brighter. Take note that a BMW battery is usually found beneath the liner in the trunk under the hood, rather than being found under the car’s hood.

Does a BMW battery need to be programmed?

Yes, a BMW battery needs to be programmed. When it comes to replacing the battery in modern, late-model BMWs, it's important to remember that the new battery must be “registered” or matched to the onboard ECU for appropriate performance and battery longevity. You might be asking why this is essential, and some keyboard warriors on the internet might even argue that it isn't, that it's just a service provider's strategy to earn more money by replacing the battery.

To avoid the extra cost of registering their BMW battery, some consumers purchase a new battery from an auto parts store, install it themselves, and soon discover that their battery needs to be replaced again.

BMW battery replacements have to be programmed and matched to the ECU each time you replace the battery in your BMW.  If the car's alternator is continually operating, pushed by the engine via a drive belt in order to keep the battery charged, the engine is under constant load. Even if the strain on the engine is minimal, it adds up over the several hours you drive the car every day.

The BMW ECU is programmed to drive the alternator occasionally to improve fuel economy, only when electrical consumption absolutely demands it. The ECU also recognizes the battery's age and mileage and changes the alternator's (battery charging) operation accordingly. Variable charging saves money on gas and extends the life of the battery.

The ECU does not identify the new battery as new and continues to run the charging cycle as if it were the old battery if the new battery-ECU matching is skipped. This reduces fuel economy and drastically reduces the new and unmatched battery's service life. In the long run, missing the battery registration will cost you more money at the pump and in replacement batteries than skipping it will save you.

This new battery-ECU matching programming will be systematically provided by a respected and competent BMW service and repair center to maintain the car's design targets, operational efficiency, and ownership economy. Because they are much more modern in terms of electrical environment, which aims to enhance gas mileage, all BMW cars made after 2002 require battery registration.

All current BMW vehicles have what BMW refers to as Intelligent Battery Sensors, or IBS, which necessitate battery registration. The IBS is a mechatronic device that monitors the state of the battery. The IBS is fastened and attached to the battery's negative terminal. The IBS's power source is delivered via a separate connection. The IBS is connected to the DME (Digital Engine Electronics) or DDE (Digital Diesel Electronics) via the BSD, meaning bit-serial data interface, for data transmission.

The software on the IBS's PC-board calculates the battery's “State of Charge” and “State of Health” and communicates the data to the DME through the Bit Serial Data link. Measurement of off-load current: The IBS continuously monitors the data pertinent to the battery indications when the vehicle is not in use.

Can I replace my BMW battery myself?

Replacing the battery is simple and uncomplicated, especially if you use a new battery that matches the original's specifications. You can still change a BMW battery yourself and save money if you do it correctly.

Things that you will be needing:

Instructions in replacing and registering a new BMW battery yourself:

What happens if I don't register a BMW battery?

If the battery replacement is not registered, the power management system will not work effectively, and operations will be limited as a result of individual electrical consumers being turned off or having their power consumption lowered.

The BMW battery registration process clears the charging history of your vehicle's battery. It clears the preceding battery's battery and temperature statistics. During the process, the odometer reading will not be lost. If you conduct a BMW battery replacement without registering the new battery, the new battery could die prematurely. Electrical faults or warnings on the instrument cluster may occur in some instances.

BMW Battery Replacement: Can I charge my BMW battery?

Yes. You can charge a dead BMW battery and using a 12-volt trickle charger and making sure to use the jump start terminals under the hood is the best way to charge it. The battery should be charged away from the car if possible, but if there are no damaged cells, it can also be charged in the car.

Also you can use a slow charger to jump-start a BMW battery, however you'll need to charge the battery for several hours first. A slow charger only produces 2 to 12 amps of current, which isn't much. It can take up to 10 hours or more to fully charge your BMW battery if it is entirely depleted.

BMW Battery Replacement: What kind of battery does my BMW need?

The physical size, capacity rating, and kind of battery are all crucial considerations when replacing a battery. First and foremost, it is critical to replace your BMW battery with one that has almost identical physical dimensions as your original battery. This is critical since the original BMW battery hold-down device is only compatible with specified battery sizes.

The goal is to avoid undesired movement/jarring and vibrations that can cause internal battery damage (shorted cell), thus diminishing the battery's life. For your BMW's safety and lifespan, it's critical that the battery be correctly secured.

Following that, the electrical capacity rating of your battery is critical, since new BMWs have numerous electrical functions and monitoring systems that are quite sensitive to low voltage. CCA (cold cranking amps) and Ah (Amp Hour) ratings are the most prevalent methods for determining BMW battery capacity.

It's always a good idea to use a battery with a similar CCA or Ah rating. If a battery of a different capacity is inserted, vehicle coding can be used to fix the problem, but this adds additional time and cost to the battery replacement process. Some electrical activities may be severely hampered if a battery with a considerably lower capacity is utilized, and battery longevity will almost surely suffer. In some cases, a little change in battery capacity will not necessitate coding.

A white battery suggests a conventional lead acid battery, while a black battery indicates an AGM battery, which is fairly easy to discern with factory original BMW batteries (Boron-Silicate absorbed glass mat). It's preferable to stick with the factory battery type when replacing your BMW's battery, but if you want to upgrade to an AGM battery, special coding will be required to properly refit your BMW with an AGM battery.

AGM batteries hold a charge for longer periods of time, generate almost no heat during charging and discharging, are very resistant to shock/vibration, will not leak battery acid if punctured, and have very little out-gassing, but they are typically 1 to 2 times the cost depending on application.