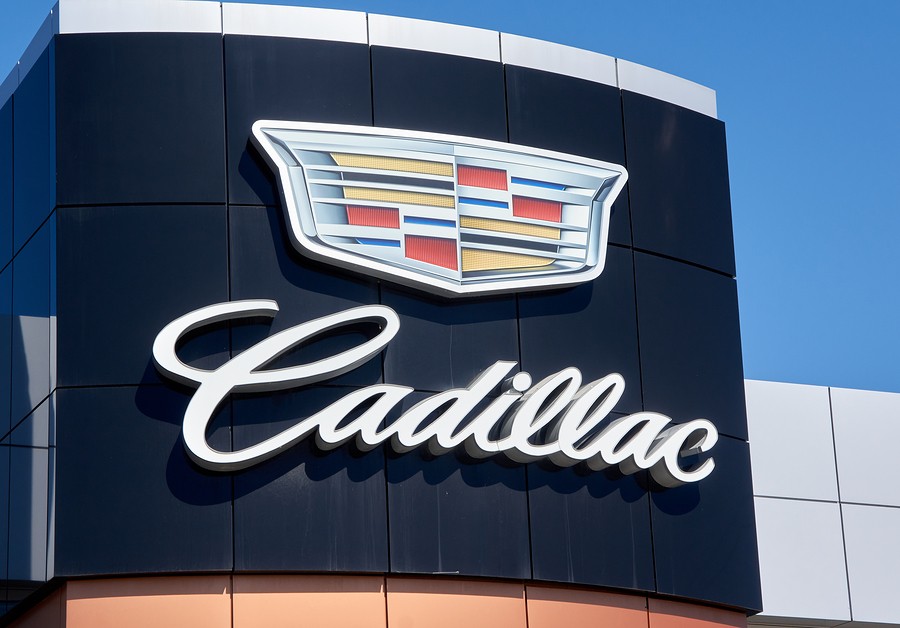 Founded in 1902 the Cadillac brand has since been associated with luxury American cars and it has ever since been a standard when it came to high-end automobiles. It is no wonder, though, that It’ll cost you an arm and a leg to get yourself a brand you model, but that doesn’t mean you won't have the privilege to own a Cadi. Out in the used car market, there are a lot of Cadillacs in great condition, you just have to know where and what to look for. This article will help you with the latter, below are three of the best old model Cadillacs that are still out in the used automobile market.

For luxury SUVs we have the Escalade, for luxury sedans, we will talk about the CTS with its high-performance version, the CTS-V. And as a cherry on top, we have the XLR roadster and its high-performance trim, the XLR-V for luxury sports cars. As the state of every used car varies, mostly depending on how the owner or seller has taken care of the vehicle, we will tell you about its production models, this way, it will give you an idea on what the car’s original state was and somehow compare it to how it is as you see it.

Introduced in 1999, the Escalade was Cadillac’s entry to the full-size luxury SUV market. It is their response to the Mercedes-Ben ML-Class, Lexus LX, and the Lincoln Navigator. Originally it was identical to GMC’s Yukon Denali, but the 2002 model was redesigned to correspond to the current art and design science of Cadillac. So if you’re looking for a used Cadillac SUV, you should start with the 2002 Escalade.

The 2002 Escalade was finally switched to the GMT820 chassis, a couple of years later than its sister General Motor Trucks from GMC and Chevy. It was unveiled at Pebble Beach in August of 2000. As standard, it is a Rear-Wheel Drive powered by a 5.3 L V8. If you’re looking for more power or off-roading capabilities look for the ESV or EXT trims, they come standard with All Wheel Drive, higher ground clearance, and are powered by the High output Vortec 6.0 L V8 engine.

Un upgraded StabiliTrak or electronic stability control system (leveled up to a four-wheel type), High-Intensity Discharge, or HID low-beam headlights, the power-adjustable pedals and also the signal outside mirrors came standard with second generations Escalade, and to top that, a Bulgari branded clock is installed on the dashboard.

The ESV trim is premium edition Escalade and on the later models, it sported 20-inch chrome wheels, though it most likely that you’d still find those installed on a used Escalade, but you’ll never know until you try looking for it. It also came with front and back seats that are heated and cooled, cup holders that are also heated and cooled, a moon roof, and monitors for the second and third-row seats. Make sure these still work before driving home with your “new” Escalade, if they’re not in any good working conditions, I’d suggest you reconsider buying it. These do come standard with the Vortec 6.0 L V8 engine giving you 345 horses to drive you around.

The fourth-generation Escalade released in 2007, it was given the new GMT900 platform together with other General Motors SUVs and Trucks like the Silverado, Sierra Tahoe, Suburban and the Yukon Denali. In 2006, before it came out to the market, it became the official vehicle of Super Bowl XL, and that year’s MVP, Hines Ward was awarded one, being the first ever to own the fourth-generation Escalade.

This redesigned Escalade was also given a new engine, an all-aluminum 62. L Vortec V8. This new Vortec V8 is the first in a mass-produced nonoverhead cam engine. It was a pushrod engine that includes a VVT or variable valve timing and produces 403 horsepower and a whopping 417 lb-ft of torque. It is coupled with an equally new six-speed 6L80 automatic transmission.

If what you’re looking for is a vehicle that has class but can still perform when you need important stuff done, look no further than an Escalade.

The Cadillac CTS is one of the best executive cars that was ever produced by General Motors, it was marketed from 2003 to 2019 in three generations. Originally priced to be similar to the compact luxury market, it was soon obvious to Cadillac that it can easily compete with the mid-size luxury cars of their rivals, so when they released the third generation in 2014 it was marketed as a mid-size luxury car. The first and third generations were only offered as a 4 door sedan, but the second generation gave people more body styling options: a 4 door sedan, a 2 door coupe, and even a 5 door sport wagon which were all on the same GM Sigma Platform as the first-generation CTS.

The first generation CTS, introduced in 2002 as a 2003 mode, as mentioned above sits on GM’s new (at the time) Sigma platform, it was rear-wheel drive and had a fully independent suspension system. It was also the first Cadillac to have a manual transmission since the Cimarron in 1988. Designed to replace the Opel Based Catera, the 1st Gen CTS was the first production model ever to embody the Art and Science design language that was developed on the Evoq concept car.

If you think that the 3.6 L engine is still not enough for your needs, you’d be happy to know that Cadillac released a high-performance CTS called the CTS-V. It was intended to go head to head with BMW’s M3 and M5, Audi’s S4 and S6, and with Mercedes-Benz’ C and E class AMGs. It is powered by the 5.7 L LS6 V8 engine that produces a maximum of 400 hp at 6,000 rpm and 395 lb-ft of torque at 4,800 revs. Its powerful engine is coupled with a Tremec T56 6 speed manual transmission. It has 4 wheel disc brakes with 14-inch rotors and 4 piston Brembo calipers. Cadillac also offered a suspension upgrade, so it would be suggested to look for CTS-Vs with high spring rates and stiff anti-roll bars. To top all that performance upgrades, the CTS-V was given unique design treatments to the front and rear, including mesh grills on the front openings, 18×8.5 wheels wrapped with P245/45R18 Z-rated Goodyear Eagle F1 Supercar run-flat tires.

All of these definitely make the CTS an iconic automobile, and if you’re out in the market for a Luxury Sedan, this car would be a great option.

Introduced in 2003 at the Detroit Motor Show as the flagship model of Cadillac, the XLR is a luxury roadster that was marketed from 2003 to 2009. It was offered with numerous features that included most notably the Bulgari designed interior instruments and its power retractable hardtop. Among these features offered as standard (or options) is an entertainment system that includes an AM/FM radio, XM Satellite Radio, and GPS navigation which could be voice-controlled. This is connected to a premium Bose amplified audio system. It comes with power-adjustable (and driver memory) perforated and luxury leather-trimmed, heated as well as cooled-in bucket seats and classy carpeted floor mats embroidered with the XLR logo.

The XLR is featured with what is called magneto-rheological, a shock-absorber fluid equipped adaptive suspension to enhance ride control. Its system provides instantaneous shock dampening adjustments based on the measurements of wheel motion over the road by the four-wheel to body displacement sensors. This is done by the use of suspended ion particle fluid that responds to any magnetic signals filling up the shock absorbers. This is how the system responds, it constantly monitors the wheel motion and changes the damping forces on all the four corners of the said vehicle, this modulates body motion when you’re zooming across the track at high-speed corners or going over some uneven road surfaces.

The XLR is powered by 4.6 L Northstar V8, it comes coupled with either a five-speed “5L50” auto-transmission or a six-speed “6L80” auto-transmission. As the transmission is rear-mounted, this car has near 50/50 front to end weight distribution, which means that handling this beast won’t be a problem.

If all that is still not enough for you, rejoice! Because just like the CTS, Cadillac also released a high-performance version of the XLR called the XLR-V. It was teased on Super Bowl XXXIX on February 6, 2005, but not until that year’s New York International Auto Show was the car formally introduced to the public. It is powered by a 4.4 L supercharged Northstar V8 coupled to a six-speed automatic transmission. The engine can produce a whopping 443 hp and a total torque of 414 lb-ft. The supercharger as well as all four of its intercooler cores are embedded inside the intake manifold giving it all the breathing room it needed. To compensate with all this power boost, the car was equipped with larger brakes that are similar to the ones equipped on Z51 Corvette, and these are wrapped by 19-inch alloy wheels. This gives the XLR-V a limited top speed of 249 km/h and can accelerate it from 0 to 100 km/h in just 4.6 seconds. It also has a quarter-mile time of 13 seconds at 177 km/h.

Now if that isn’t a car that can attest to both luxury and sporty performance, I don’t know what is. If you're in the market for something that will give you a sense of class when driving around the city but still give you the edge when driving at speed on the track, the XLR is the right car for you.

When buying used automobiles it is best that you have knowledge of the basics of the car that you are looking for, If not, the next best option is to have someone who does or at the very least someone you can call and ask for advice and verify about the state of the car. Always be sure to check everything as much as you can, all the equipment and gadgets, see if they were some of the standard and optional features that were mentioned above, or if they are aftermarket add on, this will help you gauge the vehicle’s current state. It is also always a good idea that you request a test drive, if the seller refuses, walk away immediately, and if they do agree this will be a good way for you to see how the car feels and drives off the bat. It will give you an idea of its current state not just by how it looks but also by how it runs on the road. And with the information provided above, I hope it will help you compare what the car was when it was brand you and somehow know what it went through to get to its current state, this way, you can negotiate a fairer price or even decide not to purchase the vehicle at all.