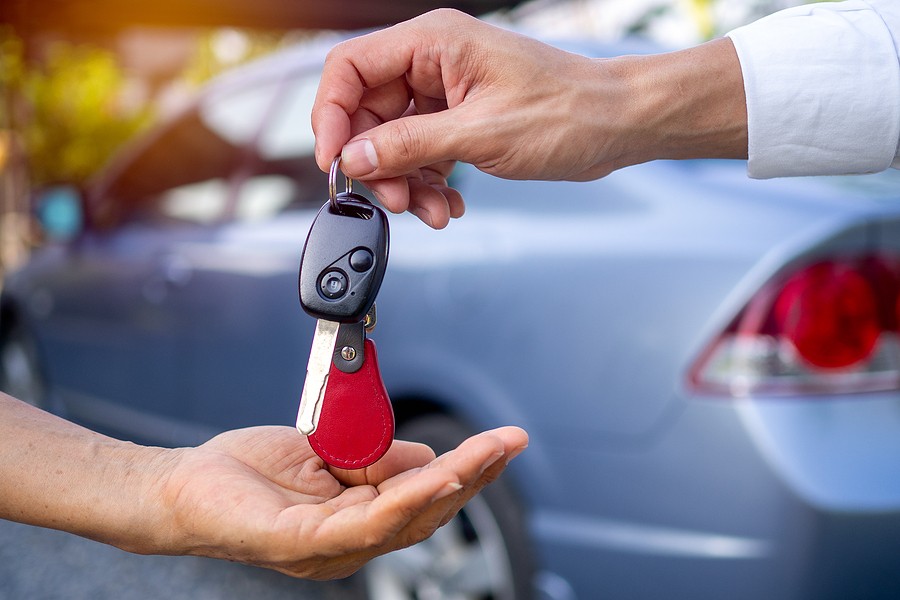 Do you know that you’re going to sell your car at some point in the not-too-distant future? If so, you might be wondering when the best time to sell a car is. You can sell a car at pretty much anytime these days. But there are going to be certain times of the year that will be way better than others.

By picking the right time to sell your car, you’ll be able to bring in the biggest profit possible for it. You’ll also be able to unload it quicker than you would be able to otherwise. It’s what makes choosing the best time to sell a car so important in the end.

Continue reading to learn more about when the best time to sell a car is.

When Is the Best Time to Sell a Car?

If you’re going to be selling a car sometime soon, the absolute last thing that you’ll want to do is try to sell it in the dead of winter. If you list a car for sale in, say, January, you’re not going to get much action on it! This is not the best time to sell a car. At all.

You’re going to be better off trying to sell a car anytime between March and August, as this is going to be the best time to sell a car. It’s when people throughout the country tend to shop around for used cars the most. As a result, you shouldn’t have any trouble convincing someone to buy your car when you attempt to sell it during these months.

With all of that being said, you should consider more than just the month that you’re going to try to sell your car when you’re thinking about the “best time to sell a car.” There are also going to be more specific times when it’ll make all the sense in the world for you to unload your car rather than keeping it any longer. Take a look at the 10 of the best times to sell a car below.

1. When It’s Warm Outside

There is a good reason why most people have an easier time selling a car between March and August than they do at other times of the year. It’s because that’s when the weather tends to be the nicest throughout the year!

Instead of just blindly listing your car for sale sometime between March and August, you should try to choose a time when it’s going to be warm outside. You’re going to drum up more interest in your car when you try to sell it when the weather is nice since more people are going to want to take your car out for a test drive during these times.

You might want to wait until the first really nice day in March or April to start to try and sell your car. This is typically when people are out and about, which could net better results for you. You might find that this is going to be the best time to sell a car in your area.

2. When the Used Car Market Is Red Hot

Just like the real estate market, the used car market tends to have ebbs and flows. There are some times when it’s simply hotter than it is at other times. Throughout the COVID-19 pandemic, for example, the used car market has been on fire with people buying up used cars in droves. It has made the last year the best time to sell a car compared to past years.

You should Google “used car market” prior to putting a car up for sale. It’ll show you whether or not now is a good time to go about doing it. It’ll also help you come up with the right price for your car. If you know that the used car market is red hot, you might be able to get away with listing your car for a little more than would be able to under normal circumstances.

Most cars nowadays last for well over 100,000 miles. In fact, it’s really not all that out of the ordinary for cars to last for more than 200,000 miles. These are tons of cars, trucks, and SUVs that are starting to hit the 200,000-mile mark without a problem.

But even still, the perception among many people is that it’s not worth spending money on a car that has over 100,000 miles on it. So if your car is inching closer to the 100,000-mile mark, right now could be the best time to sell a car. It’ll be a good idea for you to get rid of it before it eclipses 100,000 miles on your odometer, especially if you want to bring in top dollar for it.

Once it gets to 100,000 miles, it might actually make more sense for you to just keep it and ride it out rather than selling it. The discrepancy in what you’ll get for it prior to it hitting 100,000 miles and what you’ll get after could mean that holding onto it would be in your best interest.

Cars are starting to last a whole lot longer than they used to. The average car’s lifespan currently sits at right around 12 years. But even with this in mind, a lot of people tend to shy away from buying a car when they know that it has been around for more than a decade. It’s why the best time to sell a car might be right before it celebrates its 10th birthday.

If you have a car that’s 8 or 9 years old, you shouldn’t have too much trouble selling it. But once it hits 10 years, you might notice that some buyers will balk at the idea of buying it. Or at least, they’ll balk at the idea of paying a lot of money for something that has been around for more than a decade now.

5. When You’re Spending Too Much Money on Car Repairs

If you own a car, you should be prepared to pay somewhere between $400 and $500 to repair it every year. That’s the average price that people usually pay to keep their cars out on the road. The best time to sell a car is before you’re forced to start paying a whole lot more than that to repair your vehicle every year.

If you’ve been hit with a series of expensive car repair bills, that’s typically a pretty clear-cut sign that it’s just about time to sell your car. You don’t want to get stuck paying for these types of car repairs on a regular basis:

You might be able to get away with making one or two of these kinds of repairs. But if your car is in constant need of repairs, it’ll be time to pull the plug on it. This will be the best time to sell a car for many people.

6. When You Can’t Afford to Keep Your Car Any Longer

When you first financed your current car, it might have fit nicely into your budget. But since then, circumstances within your life may have changed, and it may have resulted in you not being able to afford your car anymore. Rather than trying to continue to pay for it, you should look at it as the best time to sell a car.

You might not have a whole lot of luck convincing someone to pay you what you owe on your car for it. Because cars depreciate over time, your car could potentially be worth a whole lot less than what you still owe on it. But it would be worth trying to sell it for as much as you can, even if it means paying off the difference between what you owe and what you sell it for with a personal loan. It’ll prevent you from sinking too much money into a car you can’t afford.

7. When You See a New Car That You Want

For a lot of people, the best time to sell a car is simply when they know that there is a new car that they want! Auto manufacturers are constantly making improvements to all their different makes and models and releasing newer versions of their vehicles on an annual basis.

If you see a new car that you want and you can afford to buy it, you should consider that to be the best time to sell a car. You can either sell your current car back to a dealership or sell your car in a private sale and use whatever money you’re able to make to buy yourself a new car.

8. When Your Car Is No Longer Considered Safe

At the end of the day, you want the car that you drive around in every day to be as safe as it can possibly be. You don’t want to put yourself, your passengers, or even other drivers into danger because of your car’s shortcomings in the safety category. But that might be what you do if your drive around with:

You can, of course, pay to have some of these things fixed up to ensure that your car is safe. But if you have too many safety issues with your car, it might not be worth spending a small fortune trying to fix all of them. It’ll be smarter to chalk it up as the best time to sell a car.

9. When You Can’t Get Your Car to Run

Do you have a tough time getting your car to start these days? There might be a simple fix you can make to it to change that. Installing a new car battery, for instance, could get your car up and running in no time at all!

But there are also some more serious problems that are going to prevent your car from starting and running in the way that it should. If you have engine issues, they could very well shut your car down for good and stop it from running like it used to.

If you try to get a broken-down car to start and you just can’t seem to get the job done, it’ll be the best time to sell a car. You should let someone else worry about your car not starting and replace it with something that’s a whole lot more reliable.

10. When Your Car Is Simply Taking Up Space

If you have a car that’s been parked outside your house for months or maybe even years now, the best time to sell a car is going to be “ASAP!” There is no excuse for leaving a car to wither away when you could collect cash for it. You can reclaim your space in a hurry and put it to much better use.

Is Now the Best Time to Sell Your Car?

If you think that now might be the best time to sell a car, Cash Cars Buyer can help you do it. Whether it’s the dead of winter, the dog days of summer, or somewhere in between, we’ll be there to buy your car when you want to sell it.

All you’ll need to do is sell a car to Cash Cars Buyer is send us the make and model of it, the year that it was made, and some other information. We’ll take things from there by coming up with an offer for you and sending it your way. And if you decide that you want to accept this offer, we’ll also arrange to come to you to pick up your car after putting cash into your pocket for it.

Sound like a plan? Contact us today to get all the info you’ll need to sell a car fast for cash!