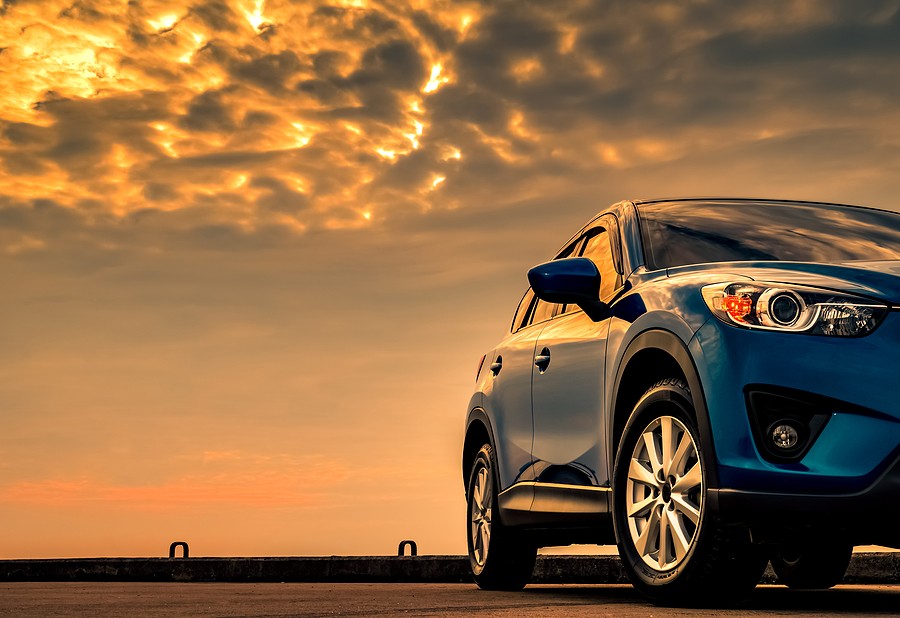 Labeling a vehicle “the best” in its segment is no easy task. There are many factors to consider, and it may be subjective, so in this article, we classify the best compact SUV of 2016 based on different aspects, including how it holds its value through the years, its value in relation to cost (if it’s the best buy) and in terms of safety.

What compact SUV holds its value the best?

Jeep and Toyota have dominated the top 5 spots on the list. The Jeep Wrangler Unlimited took the top spot, thanks to its 30% depreciation value in five years, that’s more or less $12,188 difference. Toyota has secured 4 spots on our list.

According to experts, Toyota’s high resale values are a good affirmation of its strong reputation for longevity and reliability.

The Subaru Outback is commonly known to be one of the most reliable four-wheelers in the category.

The Toyota Land Cruiser is a superb luxury large SUV for various reasons. However, it is not so great for many other things. This Toyota is one of the most competent off-road vehicles on the market. You can take the rough and beaten path in a mostly well-equipped and luxurious interior.

There is plenty of muscle to tap with the Land Cruiser’s powerful V8 engine. The Land Cruiser offers a comfortable ride on paved roads, however, its old-fashioned body-on-frame construction and heavy steering may not be so attractive to some drivers. In addition, the Land Cruiser is not the easiest vehicle to maneuver through tight city streets and suburban parking spaces.The second-row seats are spacious, but they are not very comfortable. On the other hand, the third row is also not that comfortable due to its limited space.

Mercedes-Benz G-Class is a decent luxury large SUV. It is definitely among the best off-roaders you can find. It is balanced with a rugged, adventuring spirit with coddling luxury and top-tier refinement. There are a few shortcomings though, such as a small cargo space and poor fuel efficiency estimates, however, those things won’t matter if you are a solid G-Wagen shopper.

According to experts, the G-Class models are well-known for their off-road capabilities, and off-road SUVs tend to hold their value way better than their less-rugged rivals.

Experts say, “The G-Class is also an attractive vehicle that is viewed as a status symbol, and since its body style has not changed significantly, a five-year version is almost impossible to differentiate from a late-model one.”

The Honda CR-V is a great compact SUV, and it is as balanced as you can get in this segment. The latest iteration of Honda’s small crossover is not really a compact vehicle as it features a huge cargo hold and near class-leading passenger space. The high end materials further add to the magnificent cabin.

The CR-V retains its value thanks to its reputation for reliability and longevity, like the Subaru Outback.

For shoppers looking for a family-friendly crossover,we strongly suggest having the RAV4 on their short list. But it has one of the highest starting prices among compact SUVs. This Honda is a bit more affordable, and it offers a more roomy cargo bay than nearly every other class rival. On the other hand, if you have extra in your budget, consider the RAV4 Hybrid. It has an incredible fuel economy and has smoother off-the-line acceleration than the regular RAV4.

The Toyota 4Runner is a    great off-road-oriented vehicle, however, by most other aspects, it is not a great used midsize SUV. It features a standard V6 engine and spacious cargo space, it also has a decent predicted reliability rating. However, the 4Runner comes with slightly higher prices for the class. It comes with a few standard and available active safety features, a drab cabin, and a small infotainment screen. This Toyota also has poor fuel efficiency, mixed test results, and a rough ride over bumpy surfaces.

Jeep redesigned the Wrangler for the 2018 model year, launching the SUVs JL generation. It has seen a few updates since then. The 2019 model was the first to have an available adaptive cruise control and forward collision warning. For 2020, they added two new special editions, as well as an optional turbodiesel engine that is anticipated to be out by midyear. It is likely that you can save money by shopping for an older model like the 2018 or 2019 Wrangler, and still be able enjoy similar features and performance as the 2020 model.

THe most popular segment in the market today is the SUVs. They come in all shapes and sizes, from inflated sedans to truck-like “sport” vehicles, and from spacious eight-seaters to cute subcompacts. They are roadworthy and versatile, yet feature-packed and comfortable.

While many SUVs are outstanding, well-rounded contenders, some of these vehicles excel better in certain areas than others. Some features only two rows, others have three, and still others give you the option to choose how many rows you need. Bear in mind that three-row SUVs are not designed to comfortably accommodate adults in the third row, however, you should not have any problems if you need the space for children.

The all-new 2016 Honda HR-V’s roomy interior offers a comfortable ride, and there is a lot of extra space for cargo. The practical HR-V boasts an abundance of great technology features, even if there are only a few safety features. According to experts and reviewers, the climate and audio controls are touchy. Its 1.8-liter four-cylinder engine delivers adequate power and returns excellent fuel economy.

The GMC Terrain underwent an exterior refresh for its 2016 model year. It has a stylish, cushioned interior with roomy seats, however, cargo space is less than what many of its peers have. This GMC has one of the top reliability ratings among compact SUVs. Experts and test drivers fancy the optional, powerful V6 engine.

The Terrain emanates comfort over sportiness. It does not handle curvy roads well, exhibiting recognizable body roll. The top of the line interior features plenty of high tech amenities, even though the infotainment system can be slow to respond.

The Chevrolet Equinox gained some feature updates for 2016, including a rearview camera and a standard 7-inch touch screen. Available features include blind spot monitoring and rear cross traffic alert. One of its strong points is the class-topping predicted reliability rating.

It is known for its performance, but the family-friendly Equinox excels in various areas. The base engine is weak and handling may be dull, but the optional V6 offers sufficient power. You will get versatile seating, roomy and a smooth, quiet ride in the compact SUV.

The completely redesigned Hyundai Tucson provides ample room for large adults in both rows. The ride is quiet and comfortable, and critics fancy the cabin’s simple, and clean layout.

The entry level four-cylinder engine is slightly underpowered, however, you can upgrade to a turbocharged four-cylinder that provides a decent amount of acceleration for everyday driving. This Hyundai boasts an abundance of advanced safety features, and its safety scores are superb.

The Elegant cabin is constructed of high-end materials, and Kia’s infotainment system is easy to learn and easy to use. There are additional physical buttons and knobs to control features like audio and climate.

Though the base four-cylinder engine is slightly not potent, both optional engines, a V6 and a turbocharged four-cylinder, packs plenty of power. This midsize SUV comes with three row seats, however, the third row is cramped for adults, and it will cost around $7,000 to move up to the EX V6 trim to get it.

The Insurance Institute for Highway Safety has given the BMW X1 a Good safety score in all its crash tests, and it named the SUV a 2016 Top Safety Pick+. The X1 is available with front and rear parking sensors, a rearview camera, parallel park assist, adaptive cruise control, and Active Driving Assist which consists of forward collision warning with brake assist and lane departure warning.

The 2016 Encore has decent safety scores. The National Highway Traffic Safety Administration has given the SUV a perfect five-star rating overall, same for its front and side impact tests. The Encore gained four stars in its rollover crash test. The Insurance Institute for Highway Safety named the Encore a 2016 Top Safety Pick. It earned an Acceptable rating, which is the second-highest score offered, for small overlap front crash safety–passenger side. It earned Good ratings, the highest offered, in all other tests conducted.

The Insurance Institute for Highway Safety has given the 2016 Fiat 500X a Good safety rating in all its conducted tests and named it a 2016 Top Safety Pick+, the organization’s highest award. The 2016 500X has not been crash tested yet by the National Highway Traffic Safety Administration.

The 2016 Honda CR-V is among the best compact SUVs who got the highest safety ratings in the class. The NHTSA has given it an overall safety rating of five out of five stars. It gained five stars in the frontal and side crash tests and four stars in the rollover test.