Ball Joint Repairs in Old Cars May Not Be Worth It 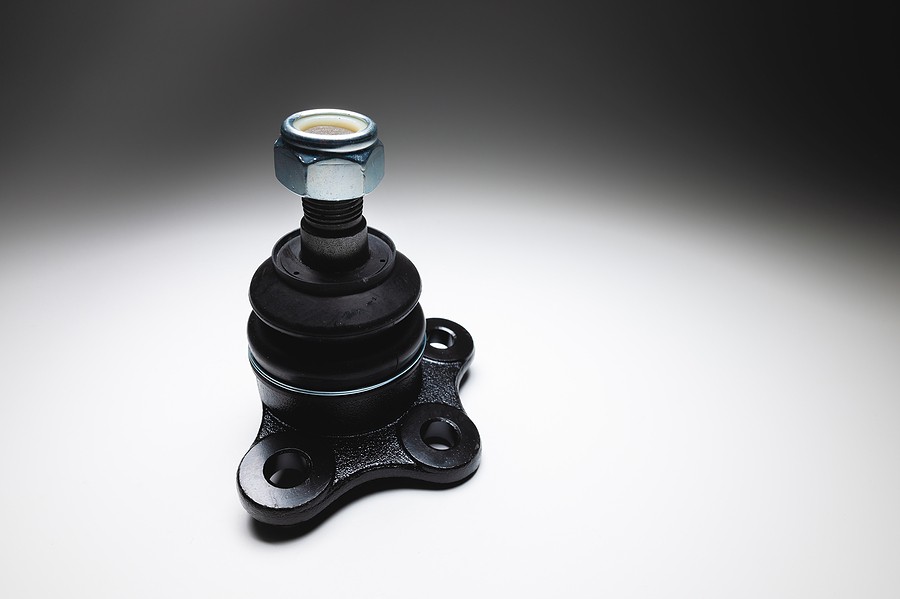 While driving, we might hear a clunky noise and start to feel a lot of vibration from the front. It might be a worn-out ball joint, folding into the tire in the middle of a ride. The part is pretty cheap, between $20-100 usually. Adding labor, it can be up to $500.

Control is key when we talk about cars. An important element of the vehicle is the suspension system, and within this system are the ball joints. This little piece does a lot of heavy work from keeping the car in motion to weight distribution.

Just as in the human body, the joints help to facilitate movement. In the car, they move your front suspension. For this reason, they must be in good shape.

If you have an injury or certain diseases, your joints will not allow you to move. A worn-out ball joint is similar.

Noises, vibrations, and erratic steering are signs that something is not okay, and the ball joint can be part of the problem.

Another issue related with worn ball joints is the tire wear, which contributes to a shortening in the use of a tire. Also, it can be dangerous making you lose control of the car.

People don’t realize that riding through dirt, dust, debris, and other pollutants can make the joint go bad faster.

If the car is new, the chances you will have a problem are really low. This particular piece has a long lifespan. The more we use the car, the more the ball joints will be worn. Ball joint problems in older cars are to be expected.

Parts only could be a way of saving money on the ball joint repair, but it’s not recommended. Cars are better off being serviced by a licensed mechanic.

Let’s figure out what a ball joint is before jumping into the grittier details.

What is a Ball Joint?

When the mechanic said ball joint, you probably nodded in agreement imaging some car part. Most drivers don’t really know what it is or what it does. Some don’t even know where to find it.

The ball joint is like a control arm for the car. It allows movement for the wheels.

Another function that it has is to bear the weight of the vehicle, making for a smoother ride. This is one of the reasons you really need to pay attention to it. With a bad ball joint, you won’t be getting very far.

If you can turn to the left or to the right, this little piece is part of it. It even helps with the alignment of the tire, enabling to operate the steering in a light way.

The main components of it are the ball, which gives mobility, the socket (where is the place the ball is going to be), a rubber boot that protects the ball from dirt and water, and the stud. Finally, there’s enough grease to go around.

Some car models use four-wheel steering, which translates to more ball joints; in this case joints are going to be on the rear suspension as well. That means if you have four ball joints to replace, the bill is going to be higher.

Joints can be found in different locations. The lower one is at the wheel while the upper will likely be in a single piece with the arm control.

Signs the Ball Joint is Bad on Your Car

Old cars can have a lot of problems, including bad ball joints. The older the car, the more likely that breakdowns occur often and that you will get to know your neighborhood mechanic pretty intimately.

Some symptoms are the same that a warn ball joint has.

The deal with wheels and tires is that they are part of a bigger system that allows the car to move, steer, and reverse. It works with the gears, and the motor, and in conjunction, the car takes off as designed.

Luckily, the vast majority of modern cars rely on one joint (in fact, more than 80%). The part’s actually pretty easy to scope out on your own in most cars, which is a benefit if you find yourself at the mechanic talking about the part. Ask the mechanic to show you where and how the part is damaged.

Old cars relied on ball joints that needed to be lubricated and greased regularly.

This design has a zerk on the top of the ball joint, making the greasing of it easy. You will only need a greaser gun, grease, and a flexible hose.  This is common in older cars.

Modern cars do not need this treatment. The joints provided by the factories have the grease to last the lifespan of the whole piece, so you will not have to worry about asking for maintenance on this one anymore.

We can divide these joints into two categories, upper and lower, as we have seen previously.

If we have two, normally the heavy lifting is done by the lower ball joint which translates in an easier worn. These one could be the only you should take a look at if the symptoms of been worn are present.

The upper one is going to be a “follower,” with the main purpose of connecting the lower control arm and the steering knuckle. The “load carrying” joint is usually the lower one, doing all the hard work and, as the name suggests, supporting the weight.

Taking a Look at the Ball Joint

While you are driving your car, the first check begins. If you identify some symptoms of a worn-out ball joint, you need to make a further inspection of the front suspension.

From here the process can be a little messy, so it is better to put on some gloves if you do not feel comfortable touching greasy auto parts. (You can also take your car to the mechanic.)

First, conduct a visual check. A flashlight might be necessary. Check the lower ball joint and inspect the status of the rubber boot. If it is cracked, the ball joint is allowing water and dirt to enter, shortening the lifespan of it. This simple issue requires the ball joint to be replaced.

We can take a look at the upper ball joint. If this ball joint also has its rubber boot cracked or a fracture the ball joint needs to be replaced. In this case, the joint is part of the arm control and for safety measures we would need to chance the whole arm.

The mechanic can test the ball joint to see if it’s the root of the noises coming the what might be the front suspension. The professional will get the car up on the lift or jack and crawl under for a sneak peek. If there’s noise coming from the wheel with a little movement, that’s not a good sign.

Can Anybody Replace a Ball Joint?

Absolutely not! There are a lot of special tools required to change out a ball joint, especially in a timely and safe manner.

Many people do not feel comfortable investing in car care because they don’t have the funds or because they are cheap. Not spending a little on car repair now means you will spend a lot on towing, insurance, and a whole new vehicle in the future. Car care requires responsibility.

DIY is not the route to go when changing the ball joint (unless you yourself are a certified and well-trained mechanic). Nobody wants to be driving out on the road with a car that might not turn correctly. It’s too dangerous!

Ball Joint Replacement Cost: How Much Will It Run You?

The part alone costs about $100. You have to realize you might be buying it for four wheels, though.

The part also costs more for a four-wheel drive car.

In fact, some ball joints are priced as high as $250 a piece.

Some factors that influence replacement costs are:

This all spells out to a hard-to-nail-down estimate on the repair. It could be about $200 or it could be over $700. If you’re worried about costs, try talking to a few different mechanics. Compare the costs and go with the best value (not always the cheapest option).

The Ball Joint: A Long-term Issue

Are rotten ball joints bad news? Yes. What’s the good news? You can rest assured that most people do not have ball joint problems with their vehicles, especially if the car is new.

If you are concerned, you can research the frequency of ball joint problems in your specific type of car.

You can also chat with a mechanic.

Today, cars are built to last an average of twelve years. If you are driving a newer car, and something’s wrong with the ball joint(s), it might even be covered under a recall or warranty.

If your car is fairly old, but not in terrible condition, the fast and fairly affordable repair might make sense. However, old cars with a lot of problems are a different story.

Many people with old cars call the junkyard when they’re finally hit with a repair bill big enough to make the car’s continued maintenance not worth it in the slightest.

For example, if you have an old car that’s barely making it from point A to point B, you need to consider whether throwing a few hundred bucks at it is worth the hassle. Sometimes the mechanic says “ball joint,” and the driver says “junkyard.”

Better options are ahead. For example, you could use the money the service pays you to put money down on a new car. You could buy a bus pass or make a new habit of using rideshare applications. You could even take that money and get yourself a pair of walking shoes.

Don’t be afraid to be realistic about the repairs for your vehicle. It’s your time and money.

If you don’t feel comfortable spending the money on getting the ball joints fixed because you know it isn’t worth it anymore, call a junkyard and let that old car go.