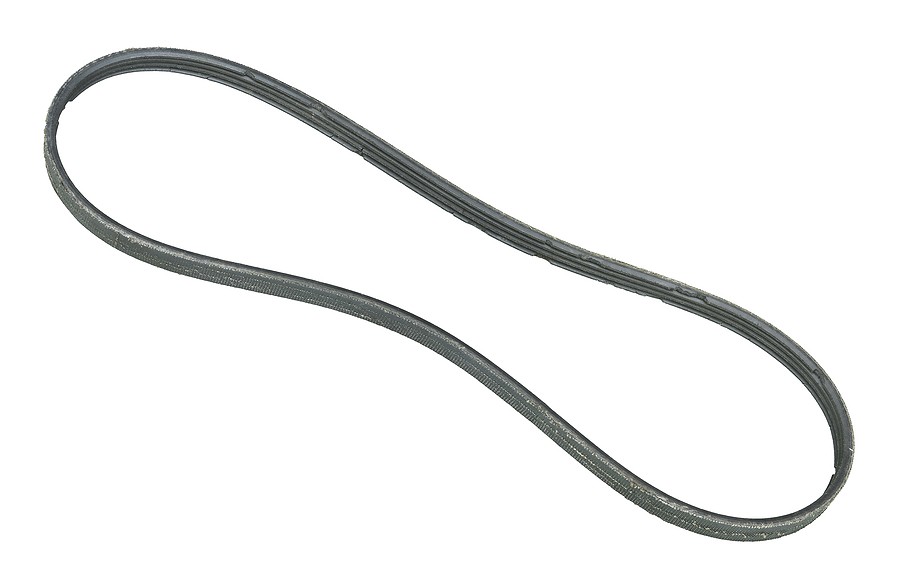 You may hear the terms timing belt and timing chain used interchangeably.  The timing chain and the timing belt are essentially the same, but they are not exactly the same and that is why the words are different. Timing chains were often used in older vehicles and, as the name suggests, they really were chains. They were made from metal and they perform the same function as a timing belt.

A timing belt is a belt made from rubber. It has numerous notches along the inside of it that look like teeth. This allows the belts to synchronize the action of the crankshaft in the camshaft which keeps the valves in your vehicle moving and the engine running.

How Your Timing Belt Works

Given that the timing belt is what allows all of this precise movement to occur in your engine, you can see why it's such an important part of your vehicle. If your timing belt is worn down or breaks, you simply cannot have a properly functioning car.

A long time ago, prior to the 1970s, vehicles were equipped with timing chains. These were heavy steel chains that work the same as a timing belt today, but they were sturdier, heavier, and more expensive.

A timing chain is a very reliable piece of equipment, and they're obviously built to last. They certainly tended to last longer than modern rubber timing belts do. So why did they bother to switch to timing belts at all?

The timing belt exists as a product of the times. In the 1970s there was a fuel crisis, and the cost of driving was heavy on people's minds. Automakers were desperate to find ways to reduce manufacturing costs while still making money from consumers. As part of the cost-cutting endeavors that most automakers undertook, timing chains were sacrificed in favor of timing belts.

Ironically, as time passed, and especially in newer, high-end vehicles timing chains have started to make a comeback again. The reason why is that timing chains last longer. What was a cost-cutting measure for manufacturers in the past by switching to rubber has become a cost- saving measure for consumers as they are now switching back to the more reliable and long-lasting timing chains. In theory, a metal timing chain should last the life of your vehicle. Obviously, that's not going to be true 100% of the time, but it should definitely last longer than a timing belt. Still, there is a long history of timing belts being used in vehicles, and many manufacturers still use them today.

A timing belt is still a sturdy tool and can last anywhere from 60,000 to 130,000 miles or more. It all depends on how much wear-and-tear you put your vehicle under, and how good you are at maintaining the overall Integrity of your vehicle. But it's still just a rubber belt at the end of the day and it can't last forever.

While the rubber belt is efficient at what it does, at some point in time it's going to start slipping. It could slip from the gears and that's when you start getting things like engine misfires in your vehicle. As time goes on, you risk having the belt slipping off the gear completely or snapping which would render your engine not functional at that point.

Unfortunately, if your timing belt does fail, it's not as simple as the engine just stopped working so you need to get it towed. There are a couple of things that could happen when your timing belt fails. These depend on your specific engine.

If you have a non-interference engine in your timing belt breaks, you're in a bit of a better position overall, as the crankshaft will not be causing that extensive damage. Of course, your engine still won't work and you're going to need to get it repaired, but at least you're not risking all the extra repair bills on top of it.

There are a few symptoms that you can be on the lookout for if your timing belt has started to go bad.

Ticking Noise: As we mentioned, the most prominent thing you can be on the lookout for is the sound that your car is going to start making. Because the timing belt is covered in a series of rubber teeth, when they start to wear down, or some of them even break off, it's not going to run evenly between the camshaft and a crankshaft any longer. That creates a ticking sound as it spins. Because of the speed that your engine operates at, this is going to be a very fast-paced sound.

If you've ever heard someone spin a roulette wheel before, or even one of those big prize wheels from game shows are casinos, you can expect that the sound from a failing timing belt will be somewhat similar to that what it's fun at a very high rate of speed.

Misfires: If you're not sure about the sound you're hearing, because sometimes it can be lost in the overall sound of your vehicle, there are other symptoms that you can look out for at the same time they can help confirm the issue for you. If your engine is misfiring, which is what happens when one of your cylinders opens or closes at the wrong time and your engine isn't able to fire properly at that moment, that's a good sign that there's also a timing belt issue. If your engine has started misfiring, you definitely need to get it checked out quickly because this could lead to some serious damage.

Engine Won't Start: If your timing belt has slipped off or snapped completely, then you're simply going to be unable to actually start your vehicle. When you put the key in the ignition or press the start button, you'll probably hear the starter motor engaged and try to start the vehicle, but the actual engine will not be able to turn the camshaft and the crankshaft. In this instance, your car cannot start at all, and you're going to need to have it towed into a shop to get it fixed.

Rough Idling: When you have the engine on but you're not driving and you're just sitting with your car idling, you could notice some potential issues with the timing belt in this situation as well. This could be a product of the teeth on your timing belt coming loose or coming off completely in falling into the gears. You'll notice that the car seems to vibrate and shake for no reason as though it's struggling even though you're just sitting still with the engine running.

Low Oil Pressure: When the timing belt begins to fail, and either pieces or teeth begin to fall off of it because it's worn down, those pieces are going to fall into the gears and likely end up in the oil pan. With pieces of rubber clogging up your oil pan, it won't be able to circulate oil back through the engine properly. This is going to cause your oil pressure to decrease overall. This low oil pressure generally goes very much hand-in-hand with the ticking sound that you'll hear from your engine when the timing chain is not functioning properly any longer.

A lot of drivers are surprised when they take their car in to get the timing belt replaced and find out how much it's going to cost them. Even though it's a simple looking rubber belt, the cost of replacing a timing belt can be staggeringly expensive.

Any repair job is going to depend heavily on a few factors. The make, model, and year your vehicle is always something that needs to be factored in. Likewise, where you live can have an effect on what mechanics are going to charge you for repairs. You can imagine that a mechanic in Beverly Hills might give you a bit of a steeper bill than one in Butte, Montana. That said, repair bills for a faulty timing belt can range anywhere from $500 up to as much as $2,000.

If you head to AutoZone you'll see that the cost for a new timing belt is usually in the neighbourhood of $100 to $200. The reason that the cost of replacing one is so much higher in many cases is because of the labor that's involved in doing this. Replacing a timing belt is not something that you're going to be able to do at home unless you're already a fairly skilled mechanic. Because of where the timing belt is located, you really need to get right into the heart of your vehicle to replace it and that is a time-consuming and difficult process.

In addition, it's not a simple matter of just popping off the old timing belt and slipping a new one on. In many cases there are a number of other parts such as idler bearings and tensioners that are needed to keep the belt properly aligned that are also replaced at the same time. Many mechanics will also replace your water pump when they replace your timing belt as well because it's located in generally the same area and usually has about the same lifespan as your timing belt.

In fact, if you check out that link, we supplied for the AutoZone timing belt, you'll see that most of these belts come in a package that includes parts to replace the water pump as well. It's just a standard procedure to do both jobs at once. That makes the entire process of repairing the timing belt a fairly involved one that includes several different jobs at the same time. That's what ups the cost of labor, and that's why this is such an expensive repair job overall.

Anytime you hear a new sound coming from under the hood of your vehicle you know something needs to be done about it. If you're driving along and you hear that ticking sound, that it's a good sign that you really need to take a look at your timing belt and do something about it.

The fact is you can't avoid this kind of repair. Unfortunately it is a very pricey one for some vehicle models, but when you compare that to the potential risk you're facing by not getting it repaired, they're actually going to save yourself a lot of money in the long run. If you end up suffering from severe engine damage as a result of the timing belt breaking and the valves becoming damaged, you're looking at several thousand dollars more and repairs just for that. It's never worth it to avoid getting your timing belt repaired, so keep your ears open for that ticking sound and make sure you get it repaired as soon as you can.