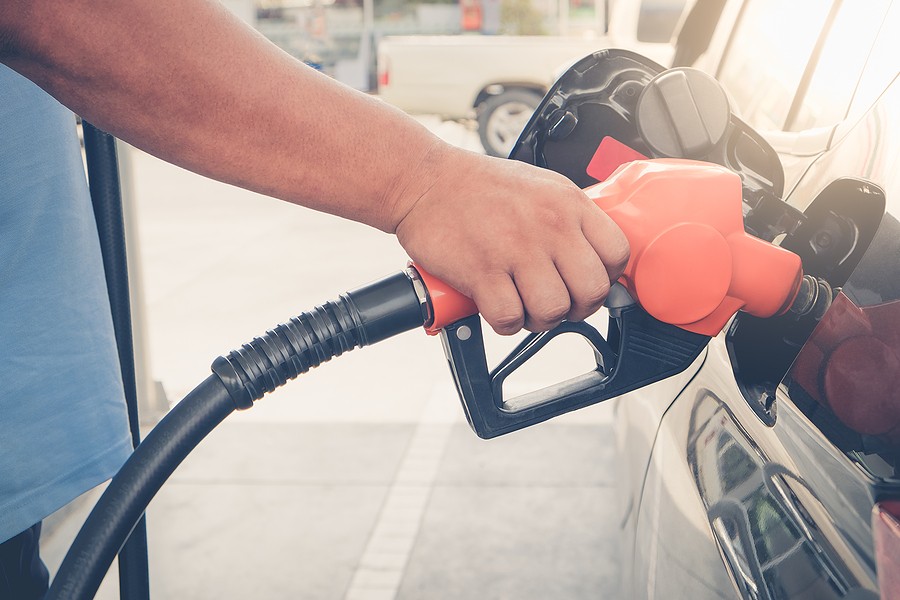 A damaged or a bad oil pump is something drivers don’t usually encounter since oil pumps are generally built sturdy and durable. However, due to normal wear and tear and other contributing factors such as poor maintenance, low oil level, and engine sludge, a bad oil pump can happen. You will know if you have a bad oil pump when you experience any of its signs or symptoms that include low oil pressure, increased engine temperature, or strange noises coming from your vehicle. To correct the problems caused by a bad oil pump, you might need to have your oil pump replaced.

Bad Oil Pump: What are the signs of a bad oil pump?

The oil pump of the vehicle is said to be the heart of the lubrication system. It is the one that sucks oil from the pan and circulates the engine oil under pressure to the bearings, pistons, the camshaft, and all the oilways in the engine then back into the pan and the process begins again.  This process helps the system to be lubricated and aids in engine cooling.

Because the engine has moving parts, it needs proper lubrication since friction can happen and it is not so friendly with the engine’s moving parts. It slows down their performance and decreases their lifespans.  It is for this reason why the oil pump is a very crucial component, it allows the oil to circulate through these moving parts. An oil pump works two ways – one is to reduce the friction and second is to help cool down, removing the heat from the bearings, pistons, and camshafts.

If your vehicle has a bad oil pump, chances are, your engine will have issues with the lubrication that can result in severe damages. A bad oil pump can cause damages that can become too expensive to fix. To prevent this from happening, you need to be aware of the common signs or symptoms of a bad oil pump.

When the oil pressure is already low, it can trigger the low oil pressure warning light to illuminate. If you notice that this warning light is turned on on your dashboard, you need to check your oil level right away. Add more oil if it’s too low, just enough to get the appropriate oil level.

If the low oil pressure warning light is still illuminating after filling up your oil, it could be an indication that you have a bad fuel pump. It is best that you have your car checked to get the right diagnosis and to get the problem fixed.

As the oil pump circulates the oil through the engine, it helps maintain the engine’s operating temperature by cooling its moving metal components. It acts as a lubricant that decreases the friction of these moving parts.

If you have a bad oil pump, the engine’s temperature while it is operating will increase since the usual oil flow has been restricted and the engine and its moving parts will not get enough oil for lubrication. This can cause them to rub against each other, creating friction that generates heat.

When the engine becomes too hot, it will set off a warning light on your dashboard to warn the drivers that the temperature of the engine is already high. If you notice the warning light, you need to have your vehicle checked immediately cause an engine that is too overheated can cause damages to it and its components. It can become something that can cost thousands of dollars to repair.

This valve train system has some important parts that help keep the engine running and these parts rely on the oil that flows through them to be lubricated. If your vehicle has a bad oil pump, it won’t be able to work properly and the oil will not be circulated through these parts.

If this happens, these parts won’t get the lubrication they need which could result in them seizing and ceasing to operate properly or quietly.  You will hear the valve train operating with unusual noises or producing a lot of noise as the oil levels continue to decrease because of the bad oil pump.

One of the most important components of the valve train mechanism is the hydraulic lifters. Its task is to adjust the plunger and take up all the clearance in the valve train and it does its tasks by using the oil pressure. This process helps make sure that the engine will be quieter and prolongs its reliability by slowing down its normal wear and tear.

If the unusual noises coming from the hydraulic lifters are ignored, it can cause these parts to wear out faster, decreasing its lifespan. It is best that you have this problem repaired as soon as possible. There are also some instances where a noisy hydraulic lifter is caused by using the wrong type of oil. If this happens, you need to consult your owner’s manual for the specific type of oil you should use.

If you hear a whirring or whining sound even when the car is idling, it could mean that your oil pump and its internal gears are already worn out and failing. The only way to fix the problem is to replace the entire oil pump.

Here are the common reason why oil pumps fail:

Poor car maintenance is the leading reason why there are parts of the car that have shorter lifespans. Not following the recommended oil change intervals by the car’s manufacturer can be a reason enough why oil pumps fail. It has already been stressed enough how important oil changes are and if you are not doing it because you want to save money, then you will end up spending more for repairs due to broken car components. If you want to save some money, you can try to do the oil change yourself.

Oil changes are important since over time, the oil will accumulate a lot of debris from the wear of the engine’s moving components, as well as dirt, sludge, and other foreign materials. All these contaminants get to circulate with the oil through the engine and it can keep the oil from properly lubricating the parts. It can also cause the oil pump to have an extra wear on its parts that can lead to a bad oil pump.

Like mentioned earlier, poor car maintenance can cause the oil to become contaminated because of the debris and dirt it picks up while circulating through the engine. A contaminated oil can cause unnecessary wear on the moving parts of the engine, including the oil pump.

However, oil contamination can also happen when there is an issue on the other parts of the engine. Gasoline and other fluids might leak into the oil that causes it to become contaminated. When this happens, it can damage the oil pump.

If there is an insufficient amount of oil in the engine, it will take a toll on the oil pump since it will be the one that has to deal with the extra friction because of the lack of lubrication. When this happens, mechanical problems can occur and some of the pump’s parts can warp that could trigger a bad oil pump and cause it to fail.

With a car that is properly maintained and is regularly serviced, the oil pump can last around 60,000 to 70,000 miles. If the oil pump of your vehicle is starting to show wearing signs, you will have to replace it to avoid potential problems caused by a bad oil pump. Do not wait until the oil pump completely fails before replacing it.

If you have already replaced your vehicle’s oil pump and for some reason it is still not functioning properly, it could be caused by an improper installation. Replacing or installing an oil pump can be difficult and making little errors while installing it can cause the oil pump to fail.

Bad Oil Pump: How much does it cost to replace an oil pump?

A vehicle that has a bad oil pump should not be driven since it can trigger a lot of potential problems that can become too costly to fix. A bad oil pump can also cause the engine to not run at all since the engine can’t run without the oil pump and the pressure it creates.

A bad oil pump can be avoided if the vehicle is well-maintained and is regularly serviced. Oil pumps are made to be durable and it is unlikely that you will ever experience a bad oil pump. But if you encounter any of the symptoms listed above, it is best that you have your vehicle checked, get the right diagnosis, and have it repaired as soon as you notice it so you can prolong the life of your engine.