10 Bad Fuel Pump Symptoms: All You Need to Know 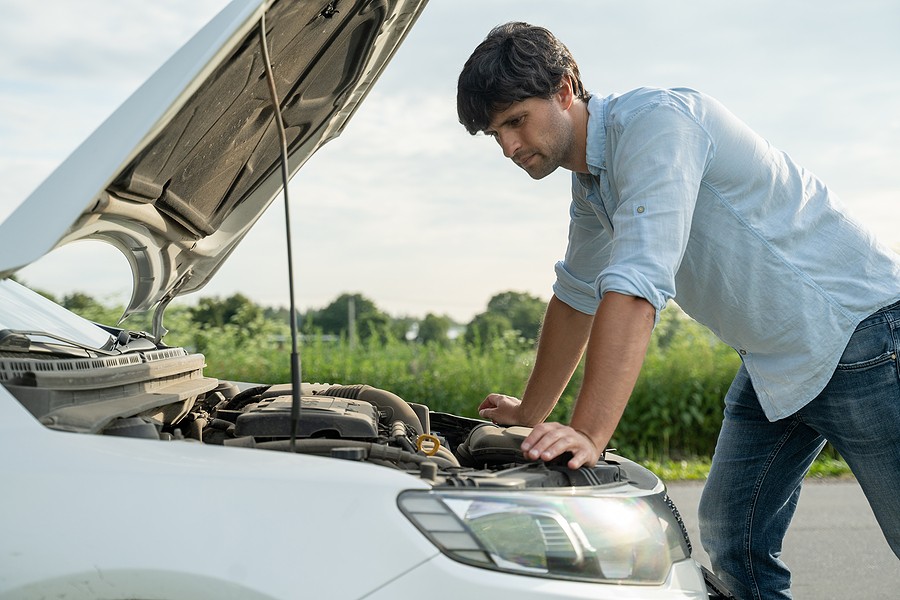 Whenever you notice any of the following bad fuel pump symptoms, you must replace the fuel pump immediately:

Your vehicle requires a specific amount of fuel supply continues to function properly. So, when there is any problem with the fuel system, you'll have a lot of negative consequences that might prevent you from starting your engine at all.

The fuel pump is the core component responsible for pulling fuel from the gas tank and sending it to the engine. Since this pump is expected to fail over time of use, you'll need to keep an eye for bad fuel pump symptoms so you can detect the problem early and resolve it before dealing with major breakdowns.

This article lists the 10 bad fuel pump symptoms that you might encounter during the lifetime of your car. Whenever you notice any of these symptoms, you must get the pump replaced immediately. The article will also provide rough estimates about how much it will cost you to replace the fuel pump.

What is the fuel pump, and what does it do?

Before we dive into the details about that fuel pump symptoms, it is important to understand its importance in your vehicle and its main role. As the name suggests, the fuel pump is responsible for pumping fuel from the fuel tank to the entire fuel system.

This pump might be functioning using electrical or mechanical force, depending on your vehicle type. Once the fuel is pumped from the fuel tank, it is distributed to all other components, including the fuel injectors and the cylinders.

Let's take a closer look at some of the common bad fuel pump symptoms:

Have you ever driven your car and realized that the engine is sputtering, especially if you're driving at constant high speeds? If that happens, it is clear that your fuel pump is not doing well, and you should replace it sometime soon.

When the engine sputters at high speeds, it tells you that the fuel pump cannot maintain a steady-state supply of fuel to the engine, and that's why the engine won't generate the steady-state required amount of energy to continue driving your vehicle efficiently.

Overheating is one of the worst enemies that might impact your vehicle because it leads to major breakdowns in no time. For example, when you drive your car and realize that the temperature gauge is rising significantly, it might indicate that the fuel pump is failing.

Keep in mind that car overheating might be linked to a long list of potential culprits. Therefore, you cannot immediately assume that it's the fuel pump, and therefore, you must perform a thorough inspection to confirm the real culprit.

The gauge will get confused since the pump is not sending the required amount of fuel to the engine, and that's why sometimes you'll see that the gauge is reading very high, and suddenly, the reading drops significantly without any explanation.

Since the engine is continuously under stress, you'll deal with power loss, especially if the fuel pump is very bad. When that happens, don't be surprised to deal with engine stalling and sudden stop.

Without a properly working fuel pump, don't expect to have the best fuel economy. Your engine is expecting a certain amount of fuel supply all the time. When the engine doesn't receive this amount, it will ask for more fuel, and that's where you will notice that you are visiting the gas station more frequently than before.

Keep in mind that low fuel economy can be due to any other reason along with your vehicle's fuel system and other components. Therefore, you must perform a thorough inspection to confirm that a bad fuel pump is causing the issue.

In some severe scenarios, and when the fuel pump is not working, you can't start the vehicle. Imagine that the main source of power, the fuel, is not getting to the engine; what will happen?

The situation will be very similar to running your car without gas at all. Thus, you must keep an eye on early symptoms indicating that the fuel pump fails before reaching this point.

As a rule of thumb, whenever you hear any noise coming from the vehicle, whether it's loud or not and related to the fuel tank, you should take this issue seriously. These sounds might be a way for your vehicle to grab your attention to resolve minor issues that could get very complicated soon.

Like any other component, when the fuel pump is not working properly, you might hear some whining noises coming from the fuel tank showing that the fuel pump is trying to pull some fuel and send it to the engine, but things are not working. When you are very you notice these sounds, you must consult your mechanic to resolve the problem.

If the fuel pump is not completely failing, you'll have issues starting the vehicle between now and then, but you might not necessarily deal with starting problems at all. In other words, when you notice that you sometimes cannot start the vehicle, but other times you can, you would want to check the fuel pump because it could be the culprit.

Finally, when the engine is continuously under pressure, don't be surprised to deal with engine overheating!

And overheating is one of the worst things that any driver would want to deal with. This overheating can immediately lead to significant engine damages that could cost thousands of dollars in no time. Therefore, whenever you notice that the temperature gauge is reading very high, you must pull over and stop your vehicle as soon as possible.

Experts recommend that you allow your car to cool down for at least 15 minutes before popping out the hood and looking into the engine. If you realize that this did not help, you must consult the mechanic before attempting tools starting the vehicle because you might deal with engine damages very quickly.

How much does it cost to replace a bad fuel pump?

Yes! Fuel pump replacement can be extremely expensive, especially if you're driving a luxury car. Therefore, before spending a penny listing the field pump, you must evaluate the entire situation and confirm that your vehicle is worth the investment. Otherwise, you might want to consider selling your car and using its money to buy a better vehicle.

What are the different types of fuel pumps?

When you hear about the term fuel pump, you'll think that every fuel pump is the same. However, there are two different categories for fuel pumps, including the electric and the mechanic fuel pumps.

As the name suggests, a mechanical fuel pump relies on mechanical energy to function. That's why it should be connected somehow with the engine to receive the proper amount of energy to send the right amount of fuel. These pumps typically exist in older vehicles because most newer cars switched to more electrical fuel pumps instead.

The nice thing about mechanical fuel pumps is that most of their problems are easy to diagnose and repair. However, they are expected to fail much earlier than electrical fuel pumps, and they do not provide you with the same amount of efficiency that you achieve from the electric fuel pump

How long can you drive with a bad fuel pump?

If the fuel pump is not functioning properly, expect your vehicle to stop between 15 and 30 minutes. Yes! It is a very short time frame for you to figure out how to resolve the issue. That's why you must keep an eye on the come in bad fuel pump symptoms and detect the problem as early as possible before dealing with these sudden breakdowns.

How often should I replace the fuel pump?

The fuel pump is a core component in the vehicle's fuel system. It is responsible for sending a specific amount of fuel to the engine whenever needed. Since the fuel pump is expected to fail at some point, you'll replace it immediately to maintain a properly working car.

This article highlighted 10 bad fuel pump symptoms that you might see during the lifetime of your car. Whenever you notice any of these symptoms, the fuel pump must be replaced immediately. Otherwise, you'll deal with negative consequences.

Keep in mind that since fuel pump replacement is not a cheap job, you must evaluate the situation carefully and confirm whether it's worth the investment or not. If you notice that your car's repair costs are piling up and approaching 75% or more from your vehicle's value, you'll send with this vehicle and use its money to buy a better car that doesn't have problems.

PrevPreviousWhat Is the Best Tire Pressure for Fuel Economy? All You Need to Know!
NextHow to Dispose Your Motor Oil? Oil Recycling Tips!Next