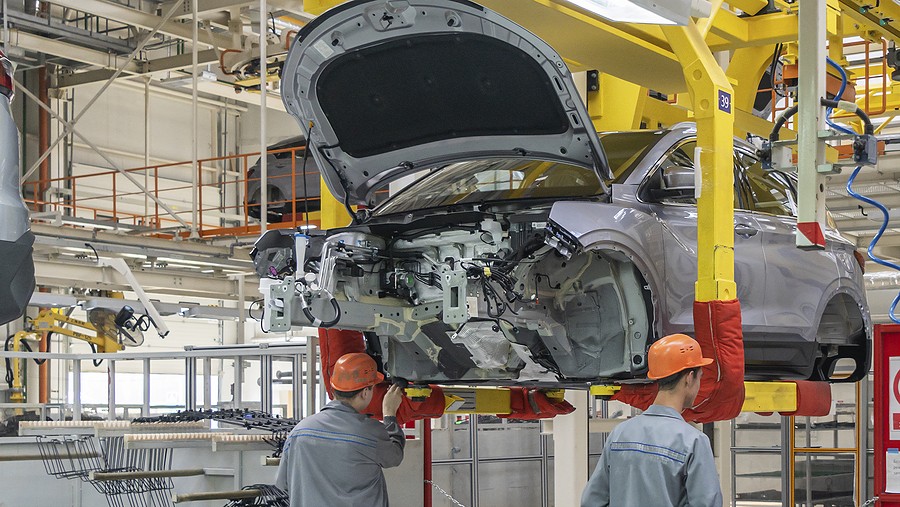 A bad distributor can cause serious damage to your engine. A distributor is a rotating shaft that is enclosed and used in spark-ignition internal combustion engines with mechanically timed ignition. The distributor also sends current to the spark plugs, which starts the engine. With its primary function to route secondary, or high voltage, current from the ignition coil to the spark plugs in the correct firing order and for the correct amount of time it is very important that it’s always in a good working order.

To fix your car's issues, you must first understand how to troubleshoot in order to figure out what the issue is. A faulty distributor will usually exhibit a wide range of symptoms, many of which are easily identifiable as distributor-related. Knowing what to look out for ahead of time will save you time and money later. Hope this article helps.

Symptoms of a Bad Distributor

An engine as it runs sends a huge amount of power to the rotor, which turns inside the distributor, via the ignition coils. The rotor directs energy through the spark plug wires and ultimately to the engine's cylinders in the correct firing order.

During the operation of your vehicle, high voltage runs through this entire distributor system, but if there is a problem, this voltage will not be distributed to the correct spark plugs to ensure that your engine runs. A faulty distributor rotor and cap will usually cause a few symptoms that alert the driver that service is needed.

Misfires in engines can happen for a variety of reasons. One way to ensure that everything is in working order is to inspect your distributor rotor and cap to see if they need to be replaced. The distributor cap, which is the top part of a car's distributor and regulates the engine's firing order, is an essential component of an automotive ignition system. If the distributor isn't supplying enough power to the spark plugs, it can cause your engine to misfire, which feels like it's stumbling.

When the distributor cap is loose or malfunctioning, the engine is unable to send the spark through the entire circuit required to move the cylinders, causing the car to start. So when the distributor fails, drivers may experience symptoms ranging from a rough idle, difficulty starting to a car that will not start.

This is common when starting the vehicle in areas with low outdoor temperatures due to a lack of protection. The burst of heat caused by an engine running with the cold distributor cap, which is covered in plastic, is often enough to cause the distributor cap to break under heat stress, and is most commonly seen on cars kept outdoors or in unheated garages. To avoid it, inspect the distributor cap frequently for signs of cracking and try to keep the vehicle in a protected environment as much as possible during colder weather.

Unusual shaking while the car is running is a classic sign that your distributor is failing. This can range from a light vibration to a strong shaking that can be felt throughout the vehicle. This shaking could be an indication that the distributor is not spinning properly, affecting the timing and firing process. This type of shaking is common with bad distributor caps when the car is idle or has come to a complete stop while running, such as while stopped at a red light or stop sign.

A high-pitched squealing noise when starting your vehicle is another sign of a bad distributor. If everything else in your car appears to be in working order, pull over to the side of the road and look under the distributor cap. The distributor cap is frequently caked with pollutants and grease.

As the air circulates through the engine, these buildups can sometimes cause the distributor cap to squeal. If the noise persists after cleaning the distributor cap, a new distributor may be required. This is typically something that must be diagnosed by a trained mechanic who regularly works with distributors.

When your Check Engine light illuminates, along with some of the other symptoms listed here, it's time to call a professional to find out what the code from your car's computer is.

How to Inspect if You Have a Bad Distributor

It is critical to keep the engine distributor operating at peak efficiency in order for the ignition system to function properly. Here is how to check if you have a bad distributor:

The rotor should also be examined because it is the point at which high-tension spark moves from one distributor cap terminal to another and must be in perfect condition. This should be checked for burns, traces of carbon, and a secure fit.

Check the condenser. A broken condenser results in an engine that will not work. If the electrical connection is grounded, the current will short out. The open condenser is caused by a broken wire lead. This causes point arcing and burn, causing the engine to stall. Examine the points of contact. If the points are bad, the engine may experience a variety of issues. Bad point connections cause engine overrun, timing issues, speed missing, and misfiring or failure to start the engine.

Examine the surface of the contact points carefully. Examine for corrosion or deterioration. These parts must be replaced if the points appear to be burned, the contacts have eroded, or the block is worn out.

Have someone keep an eye on the arc while the engine is turned on. It is firing if there is an arc. After the wire on the distributor electrode has been checked, replace it. This method of checking each wire can reveal a misfire or faulty connection in the distributor.

Steps in Replacing a Bad Distributor

This project of replacing a bad distributor should be simple enough with the right tools and with the knowledge of most car enthusiasts and individuals with basic car repair knowledge.

Have the white out, flathead screwdriver, a rebuilt or new distributor, a point gap tool, a socket wrench and ¼” hex socket ready for the bad distributor replacement task.

Crank the engine to get the timing mark on the crank pulley to top dead center (TDC) before removing the distributor. Depending on the type of vehicle, this will be visible when you locate the crank pulley. For the schematic for your vehicle, consult the owner's manual or a repair manual. If your car's engine is filthy, use white out or nail polish to mark the TDC position on the crank pulley.

Using a screwdriver, remove the clamps that hold the distributor in place. Examine the old distributor in relation to the new or rebuilt one to ensure that they are compatible. They should be the same length, have the same number of gear teeth, and look exactly the same. If not, return the replacement distributor to the store or retailer and obtain the correct replacement

Insert the new distributor into the hole where the old one was removed. Lower it slowly until the gears make contact with the camshaft gears. To ensure that the distributor is in the proper position, rotate the oil pump drive shaft.

This is critical (and why you marked the TDC) because the engine will not start if the distributor is not in the proper position. Slowly rotate the distributor until it matches position with a screwdriver or 14″ socket for a hex screw slot. Take your time and double-check that the positions correspond to those of the previous distributor.

Once the new distributor has been set and you are confident that the timing marks line up, replace the clamps, replace the distributor cap, and start the engine. Examine how the engine starts and ensure that there are no hesitations or misses. If everything sounds fine, you have successfully replaced the engine distributor.

Every 50,000 miles, regardless of whether or not the distributor cap and rotor are damaged, they should be replaced together. If you don't put a lot of miles on your vehicle each year, it's also a good idea to replace them every three years.

A spark plug tester tool is the only safe way to test for spark. If a coil problem is suspected, use an ohmmeter to measure the primary and secondary resistances of the coil. If either of these conditions is not met, the coil must be replaced. A coil can be easily bench tested using a digital ohm meter with a 10 megaohm impedance.

In a lot of cases a distributor may still advance the timing well above 6000 RPM; thus, the advance curve must be checked at all rpm ranges where the engine will be used! Too much advance at too low rpm can cause overheating and/or pinging, which can cause engine damage.

Most distributors can be rebuilt unless they are severely damaged or weathered. The distributor in your car directs the flow of high-voltage electricity from your coil to each of the engine's cylinders. Weights were used to advance the spark in older distributors.

Fortunately, distributors are no longer used in modern automobiles. Individual coil packs, which are far less complicated, are used instead in modern engines. However, there are still a wide range of vehicles on the road that have a distributor lurking beneath the hood. And they happen to be a very important component of a vehicle’s ignition system. Hope this article helps if you ever find yourself stuck with a bad distributor.