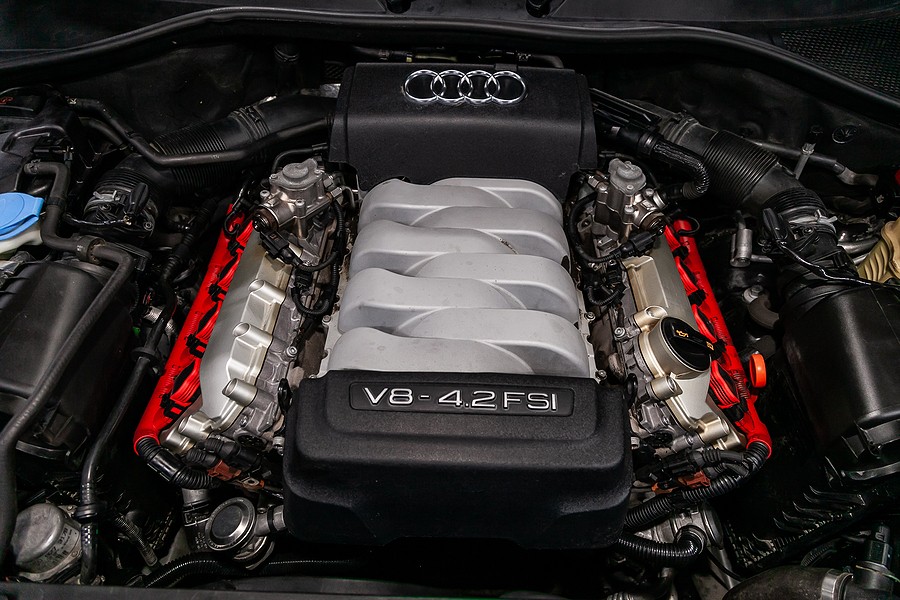 Knowing the most common concerns regarding each Audi model can help you diagnose and fix the issues before they get any worse and cause a more expensive Audi transmission repair cost in the future.

Audi cars are plagued by common transmission concerns, costing the car owners an expensive Audi transmission repair cost. Audi cars produced and manufactured after the 1995 model year are more technical and complicated regarding the engine and transmission, with the detailed features leading to more expensive repairs.

Some of the newer Audi models produced after the 1995 model year are more susceptible to electronic faults, engine stalling, and premature transmission failure. These concerns are especially prevalent in the A4 and A3 Audi models.

Causes of a Faulty Audi Transmission

The worst model years of the Audi A4 are the 2009-2011 cars, with the 2009 Audi having the most overall complaints and featuring the most-reported issue of excessive oil consumption. Owners of this car have complained of engine concerns, cooling system issues, exterior accessories, body and paint, and transmission issues.

The most concerning model years of the Audi A6 are 2004, 2005, 2006, 2011, and 2014 options, with 2004 having the most overall complaints. Even though 2004 has the highest prevalence of issues, the 2000 model year is sometimes regarded as the worst due to the severity. The 2000 model year has the most-reported transmission failure issue, causing owners an expensive Audi transmission repair cost.

The 2000 Audi A6 has concerns regarding the transmission, engine, and fuel system, with the NHTSA also citing various issues with the brakes, electrical system, and the wheels and hubs. The main transmission issue deals with premature transmission failure, with the most common solution being the manufacturer needing to remedy the design flaws.

The 2000 Audi A6 owners state that the average mileage of occurrence is around 86,000 miles, with fixing the transmission failure costing around $4,350 for the average Audi transmission repair cost.

The second model year with issues is the 2004 Audi A6, with the engine, interior accessories, drivetrain, and transmission worrying owners. The main transmission issue in the 2004 Audi is the car having a hard time shifting into low gears and stalling during use, with the problem typically happening at around 55,000 miles.

For owners of the Audi Q5, we recommend potential car buyers avoid the 2011, 2012, and 2013 model years. 2012 has the highest prevalence of issues, while 2014 is sometimes regarded as the worst model due to the severity of problems and the expensive Audi transmission repair cost.

In the 2012 model year, the worrying problem categories are the engine, windows and windshield, brakes, AC and heater, and transmission. The #1 concern in the Audi Q5 is the transmission jerking while shifting, with this problem happening at around 88,000 miles for most owners.

The Audi Q7 has many problematic years, with 2007, 2015, and 2017 being the worst for potential car buyers and current owners. The 2007 model year has the most overall complaints, with the most-reported issue being the engine not turning over or starting while turning the key in the ignition. Other problem categories focus on the brakes, electrical system, interior accessories, and the transmission.

The worst model years of the Audi S4 are 2012 and 2014, although the 2005 model year has the most-reported problem of the engine rattling on startup. The 2012 Audi S4 has problem categories focusing on the engine, suspension, interior accessories, body and paint, and the transmission.

Owners reported transmission concerns focusing on premature transmission failure and the car lurching during use, with the problem occurring at around 67,000 miles and leading to a high Audi transmission repair cost. There are many gearbox malfunctioning incidences that have caused the warning light to come on frequently while driving.

The NHTSA cited issues with the manual transmission vehicles’ powertrain, with owners stating that the gear shifter breaks during use, causing the Audi transmission repair cost to increase.

The recall in 2020 features the 2021 Audi A6 Allroad, Audi Q7, Audi RS6, and Audi RS7 cars. All of these cars suffer from electrical concerns regarding the crash sensors and front doors, leading to malfunctions of seat belts, side curtains, and side airbags. If the airbags and safety features do not work correctly, this can cause other internal issues, like transmission and engine concerns.

Transmission issues will increase if your airbags and sensors are not operating properly, causing a high Audi transmission repair cost. Audi dealers stated that with this recall, they had to replace the front door crash sensors beginning in January of 2021.