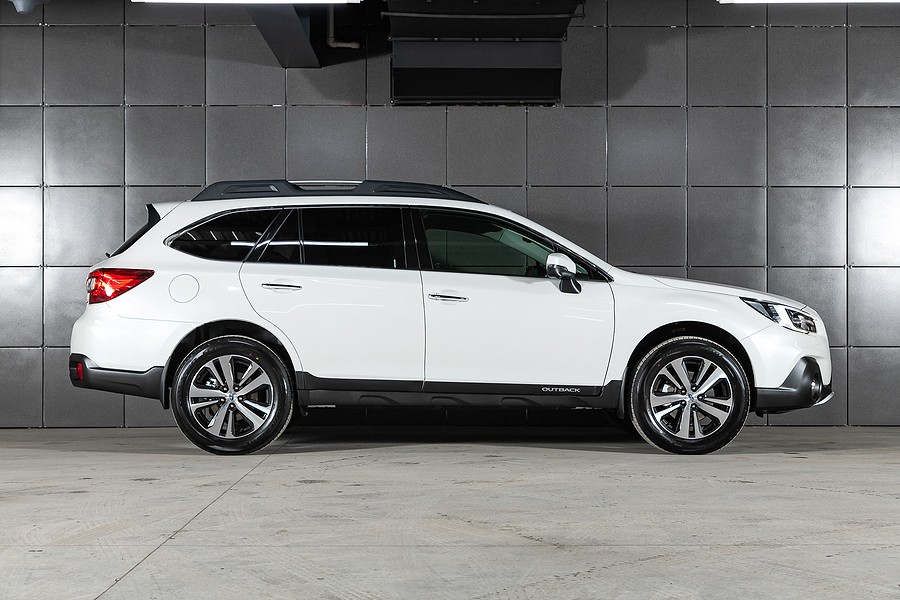 Subaru is the 22nd largest automaker in the world. The company dates back to 1953 but grew out of another company called Fuji Heavy Industries that was an aircraft research lab as early as 1915. After the end of World War II when they were no longer needed to make fighter planes, the company switched gears and started creating scooters, notably the Fuji Rabbit. This was actually made from spare parts from the planes that they used to make during the war. In 1950 the company split up into 12 small corporations and out of that Subaru was born. After all that time you may be wondering are Subarus reliable?

The very first car Subaru ever made was the Subaru 1500. There were only 20 of them off the line because they didn't have enough materials to make any more. After that first run they created several other models and then in 1965, they introduced what they are arguably most famous for to this day which is the boxer engine.

What is a Subaru Boxer Engine?

The boxer engine is not unique to Subaru, but it is something that few other manufacturers make and has developed something of a cult following among the fans of Subaru vehicles. It's a kind of flat engine, or a horizontally opposed engine where the cylinders are on either side of the central crankshaft. Think of your typical engine like a V8 only this time there's a 180-degree angle between the cylinder banks.

In a boxer engine each pair of opposite cylinders go in and out at the same time. Because of that these opposing pistons balance each other out. Regular engines need some kind of balance or a vibration suppression system that keeps the engine running smoothly. A boxer engine doesn't need that and naturally creates less vibration. The advantage to all of this is that a boxer engine is a little more efficient and suffers less wear and tear in the long run. So, theoretically, a boxer engine in a Subaru should last you longer than your typical engine in another kind of car might.

Right off the bat this is one thing that makes a Subaru a little more reliable than some other types of vehicles.

How Reliable is a Subaru?

For the latest Subaru models, in particular things like the Subaru Outback, the Subaru Forester, and the Subaru Crosstrek, dependability studies done by JD Power and Associates for the 2020 model year have not actually been very favorable for the Japanese automaker. In fact, 5 years in a row Subaru has scored below the industry average in terms of dependability as determined by JD Power. This isn't just with JD Power either. Consumer Reports rank Subaru as number seven among all automakers.

When JD Power does a dependability study what they do is measure the number of problems per 100 vehicles experienced over the course of a year by original owners. The way this works is for 2020 they're going to be measuring vehicles that were from the year 2017. That's how you can get a full year of data out of a vehicle, so even though the study is 2020, it's not 2020 models that they're looking at.

In the year 2020 Subaru rose to a 154 but that still places it 10 from the bottom of the list. The industry average now is 134. It's worth noting that, since 2020 is ranking vehicles from 2017, Subaru has actually upgraded the Outback, the Crosstrek, and the Forester but data on those will not be available for another year or two.

JD Power's Ratings of the Subaru

One thing that you should remember when looking over the data which paints a bit of a grim picture for the Subaru is that there is no weight given to problems associated with Subarus by drivers. What that means is if one vehicle has a bad transmission and another vehicle just has windshield wipers that don't fully clean the windshield, both of those are weighted as equal problems. That counts as two points against the vehicle. Obviously, a transmission problem is more serious than a problem with wipers that don't fully connect. So, you're not getting the clear picture of exactly why the Subaru is ranking so low, just that there have been problems reported with it and not necessarily the severity of those problems.

It's also worth remembering that JD Power is simply one outlet that reviews vehicles. Everything from Car and Driver to Consumer Reports to Motor Trend and dozens of others will also review Subaru vehicles and often the reviews don't match up very well. For instance, while JD Power had issues with reliability of some Subaru Crosstrek models, Consumer Reports views the Crosstrek much more favorably. And at the end of the day, you need to get a wider picture to make an informed decision if you're interested in buying a new vehicle.

Always remember to do your due diligence when researching new cars. Check-out opinions from as many sources as you can find, especially ones backed by hard data, before you commit to buying anything or before you dismiss any one model out of hand.

The Most Reliable Subaru Models – Are Subarus Reliable?

Obviously, there's some definite benefits to buying a Subaru. The boxer engine is very efficient and will probably cost you less money and repairs over its lifetime then other engines. As well, Subarus are typically fairly affordable depending on the model you get. For that reason, it can be tempting to want to pick one up. Despite JD Power's low-ball ranking of the Subaru, since we know that the rankings aren't necessarily weighted in a way that paints an accurate picture of Subaru strengths and weaknesses, let's take a look at which Subaru models have proven to be the most reliable.

Clearly one of the most popular models that Subaru produces, the Legacy dates all the way back to 1990. The 2015 model of the Legacy was actually the Canadian Car of the Year for quality and from 2015 onwards the cars have proven to be exceptionally well performing. Consumer Reports gave the 2020 Subaru Legacy a 4 out of 5 for reliability which is standard across the board for most outlets that took the time to review this particular model. These Subarus are reliable for even the busiest drivers.

The 2020 Legacy has been touted especially for having an exceptional transmission and engine performance. It also scored high marks in safety, due in no small part to the fact that it offers a wide array of standard safety features compared to other cars in its class. Things like forward collision and blind-spot warnings as well as lane departure assistance really go a long way to supporting the reliability of the Legacy. It also scored exceptionally high in crash and roll over tests, getting a 5-star crash test rating overall.

It's worth taking a look at the Subaru WRX because this is also a very popular Subaru model, and it's arguably the most sporty and sleek looking car that Subaru produces.  The Subaru WRX has a Turbocharged 2.0 litre four-cylinder engine that can get you up to 268 horsepower. You can choose either a manual transmission or a CVT and it comes with all-wheel drive standard. You can also go in for a little more power and get a 2.5 litre 4-cylinder engine that will take you up to 310 horsepower.

All of that said, according to Consumer Reports the WRX scored an abysmal 2 out of 5 ranking when it comes to reliability. While it handles really well and the acceleration blows away most other cars on the road, the ride is not smooth by any means. If you're looking for performance over anything else, the WRX still might fit the bill for you. At 0 to 60 in 6 seconds, some drivers would certainly be willing to sacrifice a bit of comfort on the road.

Unfortunately, the Subaru Impreza is not scoring very well with a reliability according to most outlets that reviewed the vehicle. Just like the WRX, the Impreza only got a two out of five for its reliability. It's definitely a sporty car, and it does have all wheel drive and decent fuel economy. However, the acceleration is not the best.  The Impreza has a 170 foot stop from 70 miles per hour which is not particularly impressive either. In general, most reviewers find that the Impreza is fairly mediocre for most of the features that it provides. There's nothing that really stands out and makes it seem impressive, but there's not a lot that makes you really dislike the right either. It is an average vehicle.

When it comes to things like engine issues, transmission problems, fuel system, electric system, brakes and so on the Outback has not had any major setbacks over the past several years of production. In fact, it is slightly ahead of the competition in terms of all of these systems and how well they function. These Subarus are reliable. If you're looking for a solid SUV that you can rely on, the Subaru Outback should definitely be on your list of vehicles to check out.

When Consumer Reports checked out the 2020 Subaru Forester, they gave it a score of 3 out of 5 for reliability. An overall score of 84 out of 100 is what the vehicle managed to pull in. Unfortunately, the Forester has a history of reliability issues which is why the vehicle lost some points on reliability for the 2020 model year. From 2017 through 2019 the Forester has not proven itself to be exceptionally reliable and the 2020 model years scores are based in part on this track record.

That said, since reliability is heavily based on predicted reliability rather than definite reliability, it's certainly worth checking out the Forester since it was also Consumer Reports’ number two SUV on its entire list. Are Subarus reliable? When looking at the Forester the answer is yes!

Unfortunately for the Subaru Crosstrek its predicted reliability rankings are falling well below what you might hope if you're in the market for a new vehicle. US News & World Report gives the Subaru Crosstrek a 7.3 rating overall. That's based on 26 other reviews that they've aggregated and compiled. The reliability is only 2.5 out of 5. However, Consumer Reports came up with a 5 out of 5 for reliability when it comes to the Crosstrek. And also received an 87 out of 100 during their road test for the 2020 model year.

The Bottom Line –  Are Subarus Reliable?

Obviously not every Subaru model is going to be the most reliable vehicle on the road. Some Subarus are reliable while others aren't, but you can say that for any manufacturer out there. There are Ford models, Toyota models, Chevy models and so on that are extremely reliable while others have proven not to be. Unfortunately, that's the way the auto industry works sometimes and that's why you need to do your research before investing your hard-earned money in a vehicle. Just because something looks good doesn't necessarily mean it's going to perform well or function the way you need it to.

All that said, Subaru has managed to stand out over the years as being an affordable, and reliable automobile. For many models the question “Are Subarus reliable” is a yes. Just make sure you're researching the model you're interested in to find out if it's going to be right for you. Don't just take one opinion, make sure you look into it for multiple sources so you can be as informed as possible.