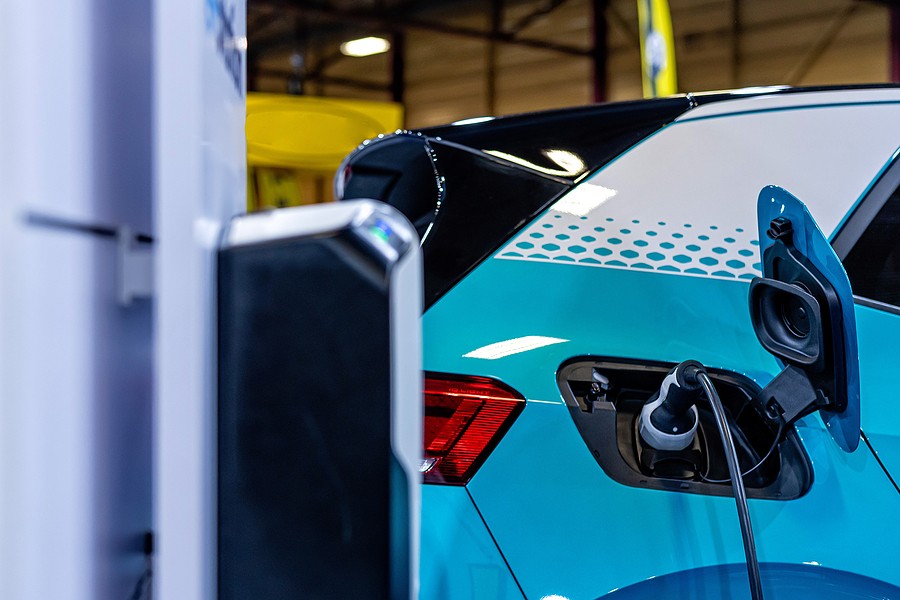 If you're wondering, “Are electric cars more expensive to repair than gas cars?” The short answer is no; electric cars are cheaper to appear than gas cars. This is because gas cars have many internal moving components that might fail, and they require a long list of scheduled maintenance you cannot skip.

In the automobile world, you'll come across three main types of cars: gas cars, electric cars, and hybrid cars. Electric vehicles are considered the more modern type of vehicles that saves a lot of energy and helps the environment.

Despite the great advantages you'll get from an electric car, they are considered more expensive than gas cars. However, that is not the case when it comes to maintenance. This article walks you through the main differences between electric and gas cars maintenance costs.

What is the difference between electric and gas cars?

Before we dive into the details about “are electric cars more expensive to repair than gas cars?” It is important to be fully aware of the biggest difference between the two types of vehicles.

In the world of automobiles, here are the biggest types of vehicles that you might experience in terms of power source:

The first and most common type of vehicle that you see every day is a gasoline car. These vehicles are equipped with a combustion system that consists of a big engine responsible for generating massive amounts of energy to get the vehicle going.

Pros of driving a gas car:

If you decided to go with a gasoline vehicle, you'd get multiple advantages. First, gasoline vehicles are much cheaper than any vehicle in the automotive market. They also have the longest range of up to 400 miles, where you don't have to worry about refueling the tank. Finally, gasoline vehicles also produce a massive amount of power that makes them suitable for large vehicles and towing capacities.

Finally, gasoline stations are almost everywhere around the nation, which means that they don't have to worry about finding gas stations, and you can also have some extra fuel in small tanks in your vehicle.

Cons of driving a gas car

While gas vehicles come with many adventures, they play a major role in impacting the environment, which is why many automotive experts and environmental advocates plan for different types of vehicles. However, in general, gasoline still emits many harmful emissions to the environment despite all the efforts and strict regulations to minimize these emissions.

Also, the main source of power for this type of vehicle is fuel, which is one of the nonrenewable types of energy. Therefore, considering all environmentally sustainable initiatives, driving a gas car increases the carbon footprint. Moreover, it consumes a crucial energy source, making it very hard for future generations to enjoy these energy sources.

Considering all the negative impacts of combustion systems, automotive experts and environmental advocates worked hard to generate what's known as electric cars. These cars rely 100% on a battery as the main source of power, and they emit zero emissions to the atmosphere.

Although it can be very challenging to tell whether this vehicle is gas-powered or electric towers, you can easily figure the difference once you look underneath the vehicle. The vehicle's bottom will have fewer moving components in an electric car, and it will not show the big engine compartment. On the other hand, if you look underneath A gas car, you will immediately see the big engine and the combustion components.

The structure of the electric vehicle is not very different than the gas car. However, the main power source consists of important components like the battery, the controller, and the electric motor.

Pros of driving an electric car

When driving an electric car, you'll enjoy 0 carbon emissions to the environment because the vehicle does not release any types of gases into the atmosphere. Also, lifted vehicles do not have many internal moving components, so you don't have to worry about many car replacements when things go wrong.

Since electric vehicles are new to the industry, they tend to have higher resale value, which means that if you decided to go with an electric car, you can't easily resell it and get a decent amount of money.

Cons of driving and altered car

Despite the amazing adventures of driving an electric car, it still has a long list of drawbacks to keep an eye for. One of the biggest issues about looking at vehicles is range. Most drivers worry about driving an electric car because it might not get them up to 120 miles without needing a second charge. Also, since charging stations are not available in every location, many people prefer not to use electric vehicles for long distances, especially road trips.

Also, electric vehicles tend to be more expensive than gasoline cars because they are new to the industry and or manufacturers. Still, we're not able to create another car that is affordable enough for many people. So the initial purchase price is high, and the battery itself is very expensive and can get up to $4000 in some scenarios. Therefore, while you don't have to worry about many internal problems, repair costs can be extremely high when the battery goes bad.

To combine the advantages of electric cars and gasoline vehicles, automotive experts came up with a new set of vehicle types: hybrid cars. Hybrid vehicles rely on two different energy sources, including the gasoline combustion system and the small electric battery.

The electric battery will continue to work if you drive at certain speeds limits. As you need more power to go for higher speeds, the vehicle automatically switches to the combustion system. Obviously, this is not the only way for hybrid cars to work because the way it works depends on the manufacturer, and to get a better idea about what's connected first, you might want to review the brand's websites.

Pros of driving a hybrid car

When driving a hybrid vehicle, the first thing that you will get is improved fuel economy. In most scenarios, your vehicle will be driving on the battery, and at certain points, you will need the fuel. Thus, you'll have limited visits to the gas stations, and you will not emit any emissions to the atmosphere.

With the hybrid car's different advantages and unique features, you will still get a very high resale value compared to conventional gas cars. However, the hybrid cars' resale value is not as high as the electric vehicles, but it's good enough.

Cons of driving a hybrid car

While the hybrid car comes with amazing features combining conventional gasoline vehicles and electric cars, it still has drawbacks. Obviously, hybrid vehicles are not cheap, and they are still considered expensive where people might not necessarily afford them.

Finally, the hybrid vehicles do not provide the best power when you accelerate because it is not equipped with the same powerful engines that you will find in gas cars.

Are electric cars more expensive to repair than gas cars?

No, electric cars are not more expensive to repair than gas cars.

While electric cars are more expensive to own gas cars, according to automotive experts, electric vehicles are cheaper to repair than gasoline cars. Consumer Reports, for example, indicated that if you own an electric car, you can save up to $4600 on repair costs over the lifetime of the vehicle.

It is not surprising to hear that electric cars are cheaper to repair because they don't have many internal moving components that could go wrong. In other words, there are plenty of things interacting with each other in any combustion system, and any of these things can go bad. When it goes bad, you'll have to replace it immediately; otherwise, you sacrifice the other components of the vehicle.

Also, gas cars require many additional scheduled maintenances that have to do with the internal moving components. For example, if you don't follow a specific oil change schedule, you can deal with immediate engine overheating, resulting in complete engine failure.

Therefore, even though you're going to pay a lot initially for purchasing an electric vehicle, at the end of the day, if you completed the total costs over the lifetime of the vehicle, you'll end up paying less for the electric vehicle versus the gas car.

How much more expensive are electric cars than gas cars?

If you shop in the used or new car market, you will see that electric vehicles are more expensive than gas cars. However, you should not look at the cost this way because there are some long-term factors that you need to consider.

In general, owning an electric car in the US will cost you annually about $2722. When considering this annual price and factoring it out in the initial cost, the average cost for owning an electric vehicle is about $9400 per year.

If you apply the same principle to A gas vehicle, you will discover immediately that owning a gas car costs you much more than an electric car across the year. According to statistics, A gas car should cost you about $3300 per year, and if you factor this number out with the initial costs, the overall yearly cost for a gas car is about $7900.

The price is not the same across every state in the United States. For example, owning an electric car in Oregon should not cost you more than $1800 per year. On the other hand, Michigan, considered the most expensive state in terms of electric vehicles, expects to pay about $4200 per year on your electric car.

This also applies to gas cars, and prices might differ significantly across the United States. For example, in North Carolina, which is considered the cheapest state in gas prices, your gas car should cost you about $2600 per year.

Electric vehicles are the new innovative approach to driving without causing harm to the environment. While electric cars are considered more expensive to own gas cars, experts proved that they are cheaper to maintain.

If you're planning to switch to an electric vehicle and cannot afford the initial down payments, your old car can still help you. Whether you're driving a vehicle in good condition or not, Cash Cars Buyer can remove it within one to three days only!