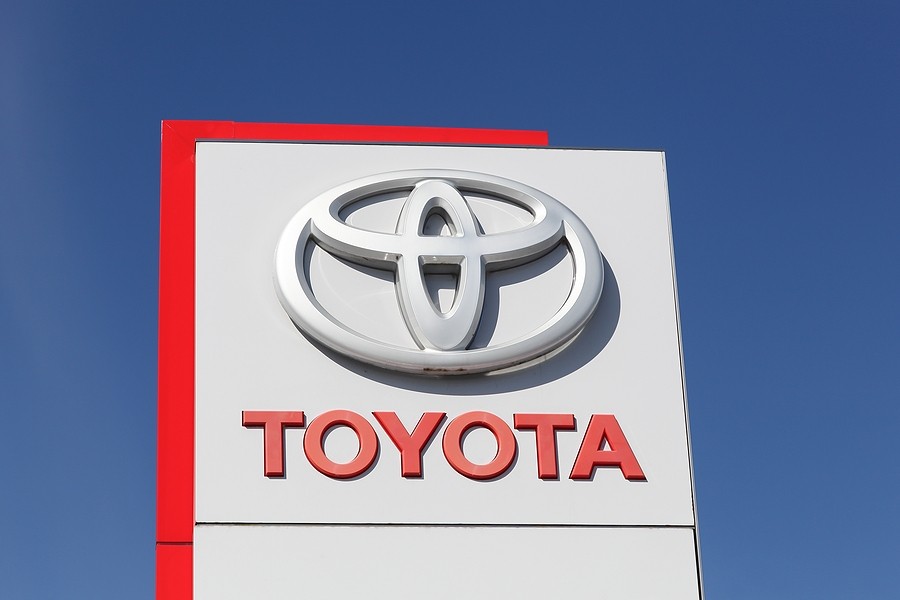 In this digital era, plenty of things compete for our attention behind the wheel. We need to make sure we maintain a good speed, a safe distance from the vehicle ahead of us, pay attention to the signs, and then there’s sometimes a need to respond to a text message or answer a call. Recent technologies like Apple CarPlay and Android Auto enable car owners to safely receive and respond to text messages.

Both Android Auto and Apple CarPlay are highly-desired features in a car. This is not surprising due to the ubiquity of smartphones. For some prospective consumers whether a car has smartphone compatibility can make or break a deal.

Here are Toyota Models that have Apple CarPlay:

Here are Toyota Models that have Android Auto:

All 2020 Toyota vehicle models (except the Land Cruiser) have Apple CarPlay, thanks to the Toyota Entune multimedia manager. But there’s a limitation as the push-to-talk compatibility only works for the 2020 4Runner, Tundra, C-HR, Tacoma, Camry, Sequoia, Corolla Hatchback, Rav4 and Highlander. Only a few 2020 Toyota vehicles have Android Auto support. But any phone with Bluetooth capability can be paired with any new Toyota vehicle, allowing you to listen to your favorite music, audiobooks or podcasts no matter what.

When choosing a vehicle you no longer based your decision on two main factors: their engine and how many they seat. Now, many prospective buyers also give consideration on the available infotainment system. Apple CarPlay makes it possible for users to have everything on their phone at the tips of their finger in their dash. It allows drivers to safely use apps, call people, and integrate their favorite music and shows into their vehicles. But this is just the beginning of what your vehicle can do with Apple CarPlay.

Apple dubs the CarPlay as the ultimate co-pilot, performing plenty of the same functions as an iPhone. Car owners can use CarPlay to get turn-by-turn directions, make phone calls, receive and answer text messages, and listen to music or podcasts. The features are displayed on an intuitive interface with big icons that iPhone users can instantly recognize.

Most of CarPlay’s features are accessed through Siri, Apple’s digital assistant. For instance, the motorist can say “Call John”or  “Play Wap”, and Siri will obey. Drivers whose vehicle is not equipped with voice-recognition tech can navigate the software using the touchscreen in the dashboard, or the various buttons and knobs usually found on the center console and steering wheel. The screen of the iPhone is locked when CarPlay is active. The main point of the software is to lessen distractions, after all.

There are third-party apps compatible with and optimized for Apple CarPlay. Here are recommended CarPlay apps for the iPhone: Spotify, Waze, iHeartRadio, WhatsApp, Pandora, Tidal, Amazon Music and NPR One. And unexpectedly, the software also supports some apps developed by rival Google. You can access Google Play Music and Google Maps via CarPlay.

However, car settings are not part of CarPlay, so you have to exit the app to browse radio stations, adjust climate control temperature, or pick a different driving mode. Google has helped carmakers like Volvo develop infotainment systems but no one has (yet) inked a similar collaboration with Apple.

If you want Apple’s operating system in your dashboard, you would need a compatible iPhone. All iPhones since the 5 is compatible with CarPlay, though your phone needs to run iOs 7.1 or newer for the software to work. You cannot run CarPlay if you’re using an iPhone with a 30-pin connector, or if you are using an iPad. There are some cars that support wireless CarPlay. But for those that don’t, you would need your iPhone to be physically connected to the vehicle through a certified lightning-to-USB cable.

CarPlay in iOS 14 brings a large variety of changes to cars, all through a simple update to their phones. Apple offers a simple change coming to CarPlay, but you can notice it right away. It is five new colorful backgrounds, instead of the stark white or boring black backgrounds it previously offered.

In iOs 13, Apple added a Settings app to the software’s interface to make adjustments easier, like automatic mode switching or turning on “Do Not Disturb While Driving”. You will also find the five new backgrounds in the Setting app that look similar to the ones of the stock iOS 14. These backgrounds are also dynamic and you can adjust light to dark depending on the time of day, if dark and light mode switching is on.

New types of apps are also coming to iOS 14 including quick food ordering, EV charging and parking. There would be a charging station app showing the latest EV charger for your vehicle nearby, an app that shows all open parking within range, or an app to order a pizza.

CarPlay also reaps benefits from the iOS14 update overall. So despite not being exclusive to CarPlay, CarPlay users can still benefit from them. For instance, Maps was given significant updates as part of iOS 14 and is represented in the vehicle. When using Maps, you will now be notified of red light or speed traffic cameras. Siri has new tricks too and can now send voice messages.

Apple is also offering CarKey. A feature in which you can lock, unlock and start your car through your iPhone. You can tap your iPhone against the door handle to lock or unlock your car, then once inside, you can place your phone in the wireless charger and push the ignition button to start your car. Keys can also be shared which includes full access or short temporary restricted access via Messages.

The presence of Google in the car industry does not end in developing autonomous technology. Millions of drivers run its Android Auto each day, either because they prefer a smartphone-like interface or because they find their vehicle’s infotainment system quite confusing.

Like Apple CarPlay, Android Auto is promising to make driving safer by lessening distractions. But if it really achieves its purpose is still debatable. But here is what you need to know about the Android Auto.

Android Auto brings things you love about your Android-powered smartphone and puts them straight in your car’s dashboard through overriding the car’s infotainment system. It shows information on a familiar, intuitive interface with large icons, cards you can swipe out of the way, and legible menus. It just received a darker theme, a more user-friendly interface, and an updated app launcher layout, so Android users will find it easier to use than ever.

One of the most impressive parts of Android Auto is the Google Maps-powered navigation system, providing step-by-step directions and automatically finds an alternative route when detecting heavy traffic. It’s a bummer if your vehicle doesn’t have a built-in navigation. Thanks to Android Auto you don’t have to manually type in the address to your house, office or school since it can port over saved destinations from your phone. The software also gives you on-demand access to millions of songs and podcasts through third-party apps, allows you to surf the web and stay connected by making calls and sending messages using WhatsApp, Hangouts and other messaging apps.

All of the above mentioned features respond to basic voice commands. For instance, you can say “OK, Google, play Blinding Lights,” or “OK, Google, what’s the capital of Germany?” You can also respond to messages through speech-to-text-technology. You should not also worry about if your car does not have a voice-recognition technology since the Android Auto’s features can be accessed using the touchscreen in your car, or the rotary dial if you don’t have touchscreen display. Remember that the smartphone’s screen will be locked when Android Auto is on, though you can swipe to unlock it when it’s safe.

Google Assistant Integration maximizes intelligent voice controls to help you keep your hands on the steering wheel. Smooth, accurate two-way conversations are possible, thanks to the Assistant’s artificial intelligence-powered technology, plus all your favorite apps come along too.

Android Auto works with a number of third-party apps, such as iHeartRadio, Spotify, Waze, Pandora and WhatsApp. But just like the Apple CarPlay, the vehicle settings aren’t part of Android, so the user has to exit the app to select a different driving mode, to adjust climate controls or browse radio stations. Google is currently collaborating with automakers like Polestar to develop new, Android-based infotainment systems where all of these features can be accessed from one place.

Users whose smartphone is running Android OS versions 9 or below require downloading the free Android Auto app from the Google Play Store, but smartphones with Android 10 have the functionality built in. Any smartphone that runs Android 5.0 and up with an active data plan can power Android Auto, so you are not required to have the newest device to use it.

Your smartphone is required to have a working USB port to connect to the car, though the latest Android phones from Samsung and others are able to support wireless Android Auto connections in some vehicles.

It might be a challenge to find a used car that is compatible with Android Auto since it took awhile for automakers to let Google into the cabin. However, there are some exceptions. Chevy, Kia and Hyundai were among the first car manufacturers to build Android Auto-compatible vehicles after the software became available in 2015. If those do not match your preferences, a stereo swap could be the right solution. Aftermarket manufacturers like Pioneer, Kenwoord, Sony, and Panasonic offer head units that are compatible with Android Auto. Having an upgrade to a stereo system might be a timely change anyway. A new head unit is also much less expensive than buying a new or used car.

Drivers can overcome compatibility issues by downloading Android Auto and using the software as a standalone app. You can simply launch the software and mount your phone to your dashboard or windshield. The interface has the same features so it does not matter if it is displayed on a smartphone or on a car’s touchscreen. As long as motorists use the tech in a responsible way, Android Auto’s innumerable features can make a trip more entertaining.

Difference Between an Apple iOS and Google’s Android

Thanks to recent updates, both softwares are closer now in functionality than ever, but there are still some main differences. Apple’s ecosystem is more closely protected than Google’s, like CarPlay only works with iPhones. Android, on the other hand, can run on a wide range and variety of devices. But this also makes it a little more confusing for users of Android. The good news is that Android will run with any device that has at least Android 5.0 Lollipop, though Google recommends a device that runs an Android 6.0.

There’s also the difference between Apple’s Siri and Google’s Assistant. Both do mainly the same stuff, but the Google Assistant is more functional in the information it can deliver and the variety of commands it can recognize. But overall, both systems do a good job at what they’re supposed to do, which is to provide enough smartphone functionality and minimize distraction. If you already got one or the other brand of smartphone, there is no reason to switch phones for use in your car.