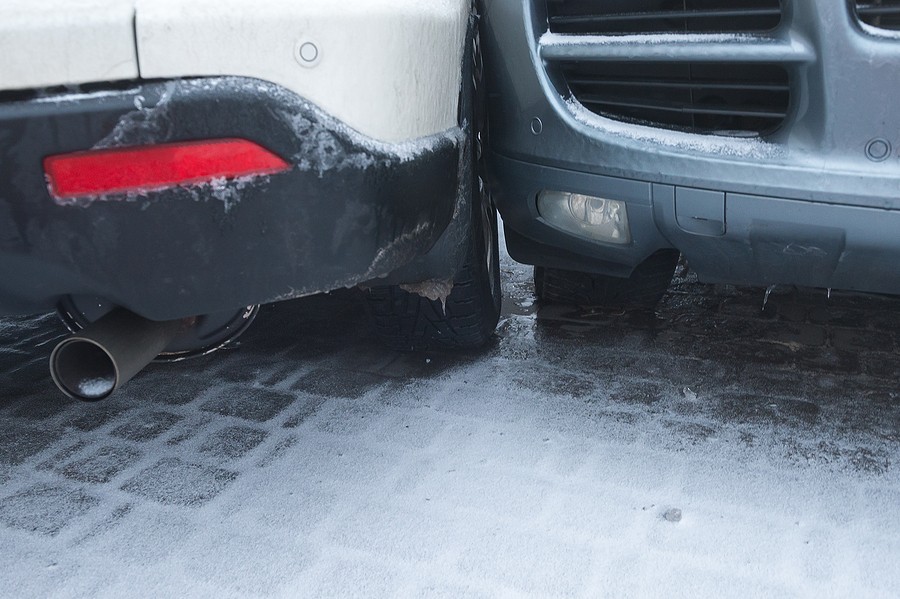 Antifreeze, which is also commonly called coolant, is a green or orange liquid that is mixed together with water before being poured into the coolant reservoir located under your car’s hood. Antifreeze coolant is made up mostly of the base chemical ethylene glycol, and there are a whole host of different types of antifreezes out there. Some are made for more general use, while others are made specifically for high-mileage vehicles.

Antifreeze coolant plays a very important role in the overall well-being of your car. After antifreeze coolant is mixed with water—typically at a 50/50 ratio—and placed into your vehicle, it works to regulate the temperature of your car’s engine when it’s turned on. It’s especially useful when it comes to keeping your engine’s temperature regulated in extremely hot or cold weather.

Without antifreeze, you wouldn’t be able to get behind the wheel of your car and drive it in the dead of winter or the dog days of summer. Your engine would constantly be overheating and showing other signs of wear and tear due to a lack of antifreeze. Drivers need to sure change their coolant on a regular basis to prevent an antifreeze coolant leak.

The most common variety of liquid antifreeze is considered an IAT formula, also known as the Inorganic Additive Technology. IAT helps prevent the formation of rust and corrosion in your car, proving to be one of the most effective antifreeze/coolant types.

Another popular option when discussing the antifreeze/coolant types is the Dex-Cool coolant, an antifreeze coolant that is used in GM vehicles. This meets industry specifications and ensures complete reliability during use.

Since coolant technology and antifreeze/coolant types have changed so much over the past years, you may need a specific formula if you are looking to buy antifreeze coolant for an older vehicle.

Drivers need to know the antifreeze/coolant color to know what to purchase when in a shop or to notice any leaks in your vehicle. Antifreeze is a green or orange liquid that is mixed together with water before being poured into the coolant reservoir located under your car’s hood.

Flush the Radiator With Antifreeze Coolant

If you notice antifreeze coolant problems, chances are you will have to perform a coolant flush to inspect the cooling system and see where the problems are originating.

Performing a radiator flush can help prevent the antifreeze coolant problems in the future.

Although we know using antifreeze coolant for radiator flush is a very minor, cheap, and inexpensive fix when compared to other options, it can be somewhat pricey if you are bringing your car to a specific mechanic. We have looked up the top sample antifreeze/coolant price radiator flush costs so that you can determine how much you might have to pay at your local mechanic switch the parts they have.

What if you don’t use antifreeze coolant for a radiator flush?

Now that you know the steps of a radiator flush and the average antifreeze/coolant price, you might be curious as to if it is really necessary to the overall performance and the longevity of your car. All mechanics and car owners will tell you that the short answer is yes, it is very important. But what if you do not flush your radiator using antifreeze coolant?

If a mechanic has told you that you need to flush your radiator since you are experiencing difficulties and performance issues with your car, like leaks, coolant issues, steam emerging from the car, rapid overheating and friction buildup, and strange odors, flushing the radiator with antifreeze coolant will prevent these issues from worsening.

What If You Smell Antifreeze Coolant Through Your Vents?

A leak in a pipe or hose or a worn-out radiator cap will usually lead to a strong antifreeze coolant smell from outside your vehicle.

So, what does it mean if you smell antifreeze through the vents on the interior of your vehicle? Well, this is often a sign that you’re dealing with a problem involving your car’s heater core. Your heater core is responsible for dispersing heat throughout the cabin of your car.

Under normal circumstances, you likely won’t even notice this process playing out. But if there has been damage done to your heater core, it’ll disperse both heat and the strong smell of antifreeze coolant through the vents in your car. It’ll be impossible to ignore this smell, and it might even make it difficult for you to drive like normal in your car.

The good news is that, in small doses, the smell of antifreeze shouldn’t do any harm. Smelling it won’t do the damage that ingesting it will. You might get a headache if you’re exposed for more than a few minutes, but it shouldn’t cause you too many issues. That being said, you don’t want to sit and smell antifreeze in your car day after day. Even if it doesn’t do any damage to your health, there will likely be damage done to your car.

WHY do I smell the antifreeze coolant?

You now know what antifreeze coolant smells like. But what you might not know at this point is what causes a car to smell like antifreeze.

There are a few different reasons why you might smell antifreeze inside or outside of your car. If you’re currently asking why your car has an antifreeze coolant smell, here are some possible scenarios:

Drivers need to know the importance of antifreeze coolant in their car so they can take care of their cooling system by noticing signs and symptoms of an antifreeze leak!