Acura Engine Repair Cost – Keep an Eye Out For The Oil Consumption! 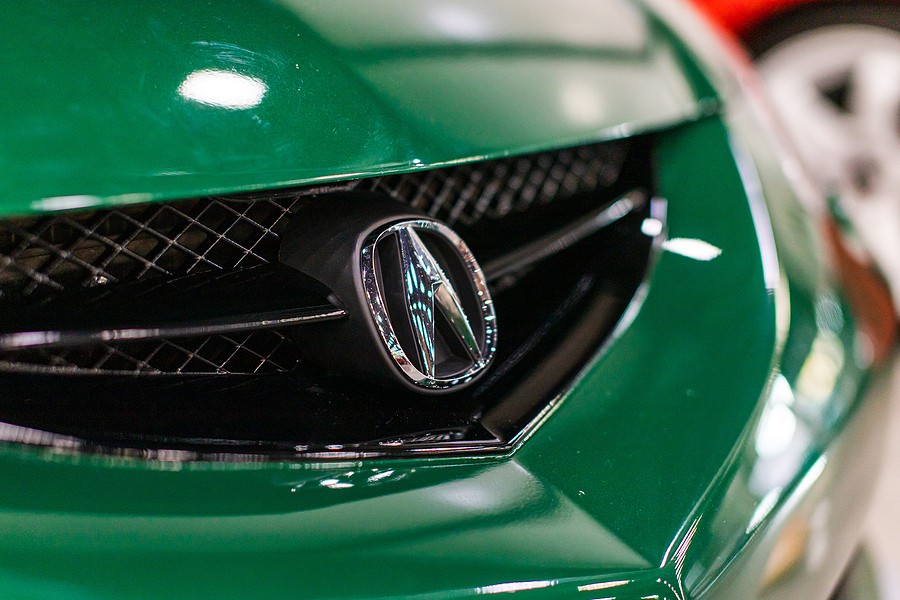 The average Acura engine repair cost for a complete rebuild comes between $2,500 and $4,500, with the most susceptible models for frequent fixes being the Acura MDX, ILX, TL, and the TLX.

Taking every single Acura problem into account, engine issues make up over 15% of all owner complaints from various models. The majority of these complaints were made by Acura MDX owners, showing the prevalence of severe engine concerns and a high rate of premature engine failure in this car model.

The most common engine complaint in all Acura models is excessive oil consumption in the 2010 Acura TL model. However, the worst models in terms of overall complaints are the MDX in first place, the TL in second, the TSX in third, the RDX in fourth, and the TLX in fifth.

The overall worst issue is excessive oil consumption in various models, such as the TL, TSX, MDX, and the car stalling or lurching forward after stopping for a prolonged time in the 2014 Acura MDX.

Regarding the worst Acura engine problem, the car using excessive oil, Acura owners have a hard time keeping their tank topped up to a proper working level. Although you may think changing your oil at the recommended 3,000 to 5,000 interval range will do the trick for your car, you will have to keep an eye on your oil tank constantly with Acura models.

The specific kind of engine that Acura cars use, called the J-Series V6 engines, is known for using excessive oil amounts – much more oil than advertised. The car manufacturer claims this oil consumption is within reasonable limits, coming in between 1,000-1,500 per mile driven, but it is poor compared to other similar cars on the market.

The main reason for the excessive oil consumption and high Acura engine repair cost might boil down to various reasons, such as poor maintenance, risky driving habits, carbon deposits, and damage to the spark plugs and piston rings.

Acura blamed owners and drivers for their driving strategy and habits, claiming that unsafe driving consisting of frequent acceleration and declaration has caused the oil consumption to skyrocket in the cars. However, owners noted that something else must be wrong with the engine mechanism to cause oil usage.

In April of 2018, Acura stated that carbon deposits could lead to excessive oil consumption levels in many car models. If the carbon deposits build up over time, it can cause overheating, excessive friction, premature engine damage, and car failure.

During this explanation and statement, Acura’s document focused specifically on the 2010-2013 MDX, the 2011-2012 RL, the 2009-2014 TL, and the 2010-2013 ZDX. After these tests were performed, service departments were then required to dismantle the engine system to determine the issue’s root cause.

In this case, many mechanics found damage within the engine itself, leading to necessary replacements of the pistons, piston rings, and spark plugs. The many replacements led to a higher Acura engine repair cost in the affected models.

Acura’s statement and the frequent users' concerns regarding the engine consumption led to a consumption lawsuit for owners who had Acura cars with J37 engines. Owners argued that the display showed inaccurate information about the engine oil lifespan, and the recommendation by the car manufacturer of when to fill the oil was unreasonable and imprecise.

In 2020, around 430,000 vehicles were recalled, including the Honda Civic, Fit, Accord, and the Acura ILX. The models involved in this recall suffered from a malfunctioning driveline, which could fail, leading to a safety hazard and dangerous situation for the driver and passengers.

Honda and Acura sedans that contain the driveshaft might not have been rust-proofed during the building process. In this case, like in the Acura ILX, the drivetrain component may break, causing the car to lose power to the engine and roll away when in motion or when parked.

The affected cars involve the 2013-2015 Acura ILx and the 2013 Acura ILX Hybrid sedans, with the driveline malfunction causing a high Acura engine repair cost for these models. The specific recall related to this problem involves recall #20V769 and recall #20V770.

The Acura MDX ranked 15th in reliability out of the total 20 Acura models, showing how the engine issues and the high Acura engine repair cost has negatively affected this vehicle. There is an overall PainRank of 7.37 based on a high complaint analysis over the past 20 model years.

The Acura MDX has three generations of cars, with the most reliable option being the 1st generation from 2001-2006. The worst categories in the Acura MDX involve the transmission, engine, electrical system, and interior. The worst issues involve excessive oil consumption in the 2010 and 2011 MDX models.

Common complaints regarding the Acura TL have to do with the powerful engine. Manufactured from the years 2000-2014, the Acura TL has a sleek design, popular style, and pleasing aesthetic that has made the car popular over the years. However, the V6 engine has its fair share of reliability and durability concerns.

The Acura TL owners stated that the 2003 model and 2010 were very problematic and involved a high Acura engine repair cost. Car owners of the Acura TL had to use much more oil to get the same performance benefits, needing to fill the tank with approximately 2-3 quarts of oil between the vehicle’s scheduled maintenance.

Other Acura TL owners stated that the engine prematurely dies, even with taking the vehicle to all scheduled maintenance and oil changes. The average Acura engine repair cost for repairing or replacing the failed engine comes in at a whopping $6,550.

Due to the high incidence of engine failure and high oil consumption, we would not recommend purchasing the Acura TL in fear of a high Acura engine repair cost.

The NHTSA cited complaints about the engine system in this specific make and model regarding the Acura ILX. The NHTSA stated that the vehicle did not start when users pressed the push-to-start button in their vehicles, with owners having to press the button for the vehicle to turn on repeatedly.

In these cases, there were no dashboard warning lights or any indication of engine problems during use. Despite the severe issue, the vehicle’s lack of warning indications meant this problem could get worse very quickly, leading to premature engine failure in the Acura ILX. With early engine failure, the overall Acura engine repair cost is much higher than if the problem was noticed early on.

The Acura RDX uses a 2.3-liter, straight-4 K23A1 engine with an i-VTEC head and dual balance shafts. This type of engine is in the K-series produced by Honda, consisting of DOHC valve trains and rockets designed to reduce friction and overheating within the system.

The RDX features a top-mounted intercooler to keep the engine at a low operating temperature and prevent premature engine breakdown. The engine is rated at 240 horsepower at 6,000 RPM, boasting an impressive torque number of 260 pounds per foot at 4,500 RPM.

Regarding the Acura TLX, there were various concerns across numerous categories that troubled users – especially in the 2015 model year. 2015 Acura TLX owners experience a poor transmission, with multiple reports of the car jerking while shifting and making loud clunking noises during acceleration.

More troubling than the damaged transmission were the thousands of reports of the engine revving, engine stalling at idle, failure to accelerate, and NHTSA citing concerns regarding the engine and vehicle speed control.

The average price for an engine rebuild is between $2,500 and $4,500 for the Acura engine repair cost, which is quite expensive in car fixes and replacements.

Knowing the average Acura engine repair cost can help you decide what model is best for you to purchase. For us, many Acura models have numerous issues with excessive oil consumption, making these car models unreliable and underperforming. We would avoid the Acura ILX, MDX, TL, and RDX.