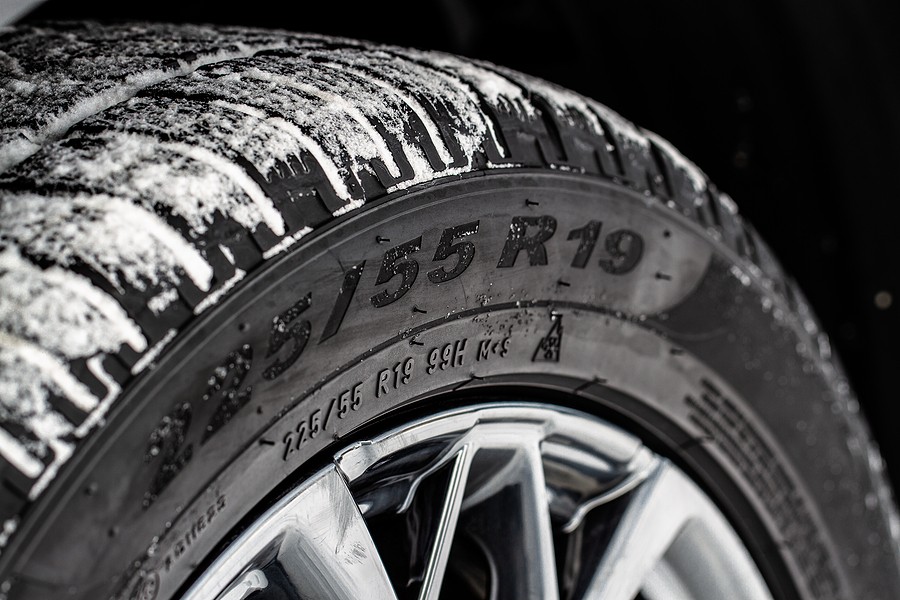 A radial tire (or more accurately, a radial-ply tire) is one of the two types of tires that has been on the road for decades, along with bias tires. Bias tires ruled the road until radial tires changed the game in tire technology in the 1970’s, when radial tires were introduced and since then it has been the most popular type of tires. This is due to their inherent advantages. They are now used on the majority of automobiles.

Tires are classified into two types based on the arrangement of the cord layer and features: radial tires and bias tires (cross-ply tire). Tires can also be divided into tubeless tires and tube-type tires based on how they retain inflation pressure, though tubeless methods are currently used by the majority of vehicles.

The first diagonal tires were used in 1898. They were the industry standard prior to the introduction of Radial tires. Nylon cord is used to make the carcase layers of diagonal tires. They are located diagonally in the side walls and tread. The precise angle is 55°. Diagonal tires are an integral part of straddle carriers that participate in port activities.

There became a need for a more flexible tire that can absorb and withstand shock. So radial tires were developed by Michelin in 1946. Their property is also more powerful, allowing the machine to operate at higher capacities.

Following Consumer Reports' discovery of the superiority of the radial design in 1968, radial tire construction climbed to 100 percent market share in North America, and were standard by 1976. Michelin tires were fitted to the Continental Mark III, the first American-made vehicle with radial tires as standard equipment, in 1970.

Only Goodyear, Cooper, Titan, and Specialty Tires of America remain independent among US tire manufacturers today, and the radial tire has largely replaced all other automobile tire construction methods on the market. Sam Gibara, who led Goodyear from 1996 to 2003, has stated that without Pilliod's intervention, the company “wouldn't be around today.”

Pirelli developed the wide radial tire in 1974 in response to a request from the Lancia rally racing team for a tire to handle the power of the new Lancia Stratos, and the following year, Pirelli introduced a wide tire with a reduced sidewall height, similar to a slick, but with a radial construction for the Monte Carlo Rally winning works Stratos.

Radial technology is now the industry standard for virtually all automotive tires because of their weight carrying capacity and resistance to swaying when towed.

The cord plies in radial tire design are arranged at 90 degrees to the direction of travel, or radially (from the center of the tire). A layer of rubber-coated steel belts covers the outside casing of a radial tire. And as a result, the crown and sidewalls have distinct characteristics.This layer is known as the “tread.”

A radial tire's second layer is made up of “plies,” which are rubber-coated steel embedded in the rubber. The direction in which plies point makes a significant difference. As the plies in radial tires begin in the center and run radially from bead to bead around the tire the radial tires perform better than bias tires.

.A bias tire's carcass is made of layers of ply cord that run diagonally to the tread's center line, making it less flexible and reducing performance. The layers are arranged in such a way that the cords form a crisscross pattern. The entire structure is consistent. So the tire's crown and sidewalls have similar mechanical properties unlike radial tires.

Radial tire crowns stick to the road when they make contact due to their soft sidewalls. Their footprint, which is smaller but wider than that of a bias tire, provides additional grip when leaning in heavily on corners. Radial tires distribute the pressure of the air in contact with the tire surface more effectively, resulting in more even tire tread wear over time.

Radial tires also provide more comfort at higher speeds, thanks to their soft sidewalls, which absorb the impact of road surface imperfections. Bias tires, on the other hand, can carry more weight because their sidewalls are more rigid so they are used on trailers.

The transition, however, is taking longer for aircraft because tires are certified alongside the airframe. But still because radials have less material in the sidewall, they are lighter, run cooler, and last longer. Bias tires on the other hand provide more stability at higher speeds and have stronger sidewalls so they are used for smaller planes.

Bias tires can become so deformed at high speeds that their performance suffers. Finally, bias tires are appropriate for vehicles that travel at moderate speeds, have small to medium-sized engines, and a flexible chassis.

They are also appropriate for heavily loaded motorcycles. Radial tires are required for more powerful vehicles with very rigid chassis, as well as for more sporty applications. They enable you to reach ZR speed ratings of more than 150 mph.

To summarize here are the advantageous and the disadvantages of radial tire vs bias-ply tire:

Radial tires have separate plies for the sidewalls and tread, so more of the tread is always in contact with the road. Radial tires also have a longer tread life because the stresses placed on the sidewall of the tire have less bearing on the condition of the treads.

Other Disadvantages Worth Noting:

In summary, when a radial tire is compared to a bias tire, the former is clearly superior due to its safety features, flexibility, strength, and ability to absorb shocks, impact, and bumps. They are more expensive than bias tires, but in the long run, they will save you time and money. They have low fuel consumption, less ground damage, and less rolling resistance, and their design makes them suitable for longer service, resulting in lower tire replacement costs.

Advantageous Features of a Radial Tire in General

Radial tires have a tread that protects the interior while also providing excellent traction on the road. It is also designed to have a longer lifespan, as well as improved maneuverability and durability. Furthermore, their steel belts radial tires have provide stiffness to the tread

This type of tire features a spiral layer for increased durability and maneuverability, as well as thick shoulders that protect the interior from shocks and damage. Its flexible sidewall protects the interior while also providing a comfortable ride.

Radial tires have a ply cord that serves as the tire's main body. It maintains inflation pressure and is resistant to load and road shocks. Radial tires' bead filler increases durability and maneuverability. The tire is held to the rim by the bead wires. Chafers on radial tires protect the plycord from heat generated by the rubbing of the bead and rim flange.

Disadvantages of Radial Tire in General

Radial tire repair is more involved and difficult than other types of tire repair because the sidewall and tread of a radial tire are made up of separate plies, punctures that affect both areas must be treated as separate punctures with separate plugs or patches.

The most straightforward radial tire repairs are those that must be made to the tread area or sidewall following a simple puncture caused by a screw, nail, twig, or something similar. Too many radial tire repair attempts without replacing a tire can result in a weakened tire that is potentially unsafe to use.

How long do radial tires last?

Most tires, including radial tires, should be inspected, if not replaced, every six years and should definitely be replaced every ten years, regardless of how much tread they have left. How do you determine the age of your tires? To be sure, there's a code on the sidewall that you can read about.

Why do radial tires look flat?

Overinflation of a radial tire has the same effect as bias ply tire overinflation in that it lifts the tread on the inside of a turn off the road surface, unless bias plies are mounted on wider than usual wheels. Radial ply tires have always appeared this way, and even more so with the low aspect ratio sizes found on sportier vehicles.

At what PSI will a tire explode?

At around 200 psi, a tire can explode. The average tire is inflated to between 30 and 35 pounds per square inch. The temperature of the air inside the tire rises by about 50 degrees in hot weather and on the highway. This adds about 5 psi to the pressure inside the tire. A tire's burst pressure is approximately 200 psi.

Although bias tires are still available for purchase, radial tires have proven to be a much safer and more comfortable option.