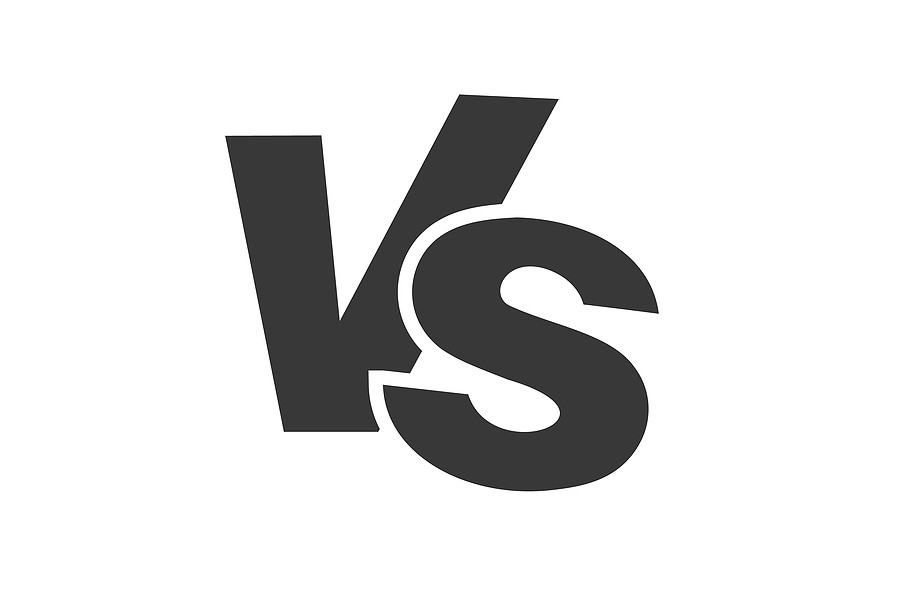 So you’re finally ready to purchase your first compact sport’s utility vehicle. SUVs have just about taken over the road and their slightly smaller counterparts like the RAV4 have significantly increased in popularity. Are you looking for the best compact SUV that’s within your budget? You are not alone. Crossovers offer great versatility for growing families, empty nesters, and young couples which is why it's the go-to vehicle for so many people.

In the last few years, SUVs and crossovers have made up more than fifty percent of auto sales. That’s why several automakers have shifted their focus to producing SUVs, crossovers and are phasing out their sedan lineup. Nissan and Toyota have the top-selling crossovers SUVs in the country. Last year, they sold more than a half-million RAV4s and Rogues in 2019 alone. If you’re having trouble finding a suitable compact SUV, why not start with these two options?

Going up against the Toyota RAV4 is no easy feat. In 2019, Toyota sold 448,064 units while in 2020 about 430.387 units were purchased by consumers. While the Toyota name alone has been synonymous with quality and reliability for several years, no other automaker has offered the number of trims that the RAV4 has. It’s like a kid in the candy store. Yes, the 2021 RAV4 offers something for everyone looking for the perfect crossover. If you're looking to invest in an electric vehicle the 2021 RAV4 is also available in plug-in hybrid powertrains.

The 2021 Nissan Rogue is a worthy contender. Nissan has stepped up their game by transforming the look and functionality of this vehicle. Where the Toyota RAV4 offers an abundance of choices, the Nissan Rogue is equipped with a host of convenient features and advanced cabin tech that is bound to steal the heart of any driver.

So exactly which vehicle is the best one to buy?

Of course, the first thing you consider when you’re purchasing a new sport’s utility vehicle is the cost. The 2021 Nissan Rogue was manufactured in four trim levels. The base price for the Rogue is $25.750 which is less than a $1,000 increase from the previous year's model. The higher trim levels retail for about $27, 440, $32,100 and $35, 530. However, these prices are for the front-wheel-drive models. In fact, an all-wheel-drive Nissan Rogue will cost you an extra $1400.

When it comes to costs, the Nissan Rogue takes the win. However, there is only a $300 difference between the starting price.

If you need a vehicle that is accommodating. You should know that the Rogue and the RAV4 are both capable of seating up to five people. Both the Rogue and the RAV4 provide an impressive amount of passenger space for a compact sport utility vehicle. Both vehicles provide occupants in the front and rear with plenty of head and legroom for a comfortable ride. While the RAV4 offers about 37.7 to 41 inches of head and legroom space, some owners have reported that the front cabin space is cramped.

Speaking of comfort, in this model, Nissan utilizes NASA-inspired Zero Gravity. These Zero Gravity seats take into account all of your body’s pressure points to ensure a comfortable and neutral position while seated.

Compared to the RAV4, the Rogue has about two extra inches of head and legroom in the front. The panoramic sunroof elongates the interior.

The rear seats in the Rogue can swivel back so that passengers can rest during long rides.

The RAV4 received a long overdue upgrade in 2019, so this model features an upscale design with soft to touch surfaces and premium materials.

When it comes to cargo space, the RAV4 and the Rogue have plenty to offer. The RAV4 has about 37.5 cubic feet in trunk space which increases to 69.8 cu-ft when the second row is folded down. The Rogue has 39.3 cu-ft of trunk space and 74.1 cu-ft capacity other than the rear seats folded down. Nissan employs creative methods such as making the cargo floor tiered to provide extra storage and a hidden shelf under the center console.

Bottom Line: When it comes to the interior and cargo space the Rogue and RAV4 are necks to neck. The Rogue offers more cargo space while the RAV4 has a slightly more spacious interior.

The Rogue attempts to steal the show by including keyless entry but the RAV4’s inbuilt WiFi hotspot (buyers are eligible for a three month trial) and wireless charging and hands-free communication system is a great comeback.

Of course, both the Rogue and the RAV4 have the standard Apple Carplay and Android Auto. The Nissan Rogue base level trim is equipped with a 9-inch touchscreen infotainment system. The high-definition 12-inch Digital Dashboard is fully customizable with the controls conveniently placed on the steering wheel.

However, Rogue buyers will need to upgrade to higher trim to experience the HD radio, navigation system, and the nine or six-speaker system.

The 2021 RAV4 has an average 7-inch screen infotainment system with one USB while the higher trims have five ports.

Bottom Line: Toyota included lots of standard features along with an updated infotainment system in its base model which is why the RAV4 takes the win when it comes to tech features.

Safety is key. For consumers searching for a capable vehicle to transport their family, the safety features are a determining factor. Both crossovers have standard features such as emergency braking, adaptive cruise control, and blind-spot warning.

The Toyota RAV4 uses Safety Sense 2.0 which includes essential safety features such as:

Bottom Line: The Nissan Rogue takes the win as this model is equipped with way more safety features on its base model compared to the RAV4 which consumers will be forced to upgrade to obtain half of these safety systems.

Under the hood of the Nissan Rogue sits a power lies a 2.5-liter engine. Its four cylinders are capable of generating up to 181 horsepower and 181 torque. Far from the power of a race, it’s a respectable measure of capability for the average driver who mainly uses their vehicle for regular commuting on the occasional trip across the country. The Rogue has been designed to tow up to 1350 pounds.

The Toyota RAV4 also has a 2.5-liter engine but it packs more of a punch than the Rogue’s engine. The RAV4’s engine has 204 horsepower and 184 pound-feet torque which is somewhat exciting for an eight-speed transmission. Consumers prefer the hybrid version of the RAV4 since the 2.5 engine is combined with an electric motor. The 2021 RAV4 hybrid generates 219 horsepower and an electronically controlled CVT. The Hybrid model is so much more powerful than the standard RAV4 and can even tow up to 1750 pounds.

Bottom Line: In terms of fuel efficiency, the Rogue and Nissan offer the same fuel economy. Toyota claims that the RAV4 returns 24mpg in the city and 32mpg when driving on the highway. However, if you decide to invest in the Hybrid model the vehicle can go up to 42 miles without any fuel.

Both the 2021 Nissan Rogue and the Toyota RAV4 have a high predictability rating. The Rogue has a predicted reliability rating of 81 out of 100 which is considered great.

The Toyota RAV4 has received a five-star rating by the National Highway Traffic Safety Administration. While the 2021 Toyota RAV4 received the Best Compact SUVs For 2021 award it received a Kelly Blue Book Value rating of 3.5 out of 5.

Three safety recalls have been issued by the National Highway Safety Administration. The recall covers:

There have been a few safety recalls on the 2021 Toyota RAV4 prime which is the Hybrid version of the compact SUV. The NHTSA issued safety recalls for the following:

Nissan offers customers a three year or a 36,000-mile basic warranty and a 60,000 mile or five-year powertrain warranty. Toyota offers the same warranty to customers who purchase their 2021 Toyota RAV4.

2021 Nissan Rogue VS Toyota RAV4- Which Is The Better Car?

The Toyota RAV4 has reigned as the top compact SUV for years and rightly so. Its bulletproof reliability is one of the reasons why consumers choose to invest in this vehicle. The great thing about the Toyota RAV4 is that there is something special for everyone. While the Nissan Rogue has a rather conservative lineup for this model they offer state of the art technology and a luxurious cabin. However, the RAV4 packs more power and powertrain options. Unless you’re interested in investing in a hybrid vehicle the Nissan Rogue is a great choice.

Q: What is wrong with the Nissan Rogue?

Customers have complained about transmission failure issues, engine acceleration issues, and electrical issues. Minor problems like paint chipping have also been reported by consumers. However, in the latest 2021 Nissan Rogue model automakers have addressed these pressing problems.

Q: Is the Nissan Rogue expensive to maintain?

The annual maintenance costs of the Nissan Rogue is $467. Since the average annual vehicle cost is about $651 this makes the maintenance of the Rogue very affordable.

Q: What is comparable to the Nissan Rogue?

The RAV4 is comparable to other mega-sellers such as the Ford Escape and the Honda CRV. Ford also offers hybrid compact SUVs. The Subaru Forester and the Jeep Compass are also great alternatives.

Q: How much does it cost to maintain the Toyota RAV4?

The annual maintenance costs of the Toyota RAV4 is $429 which is affordable for the average consumer.