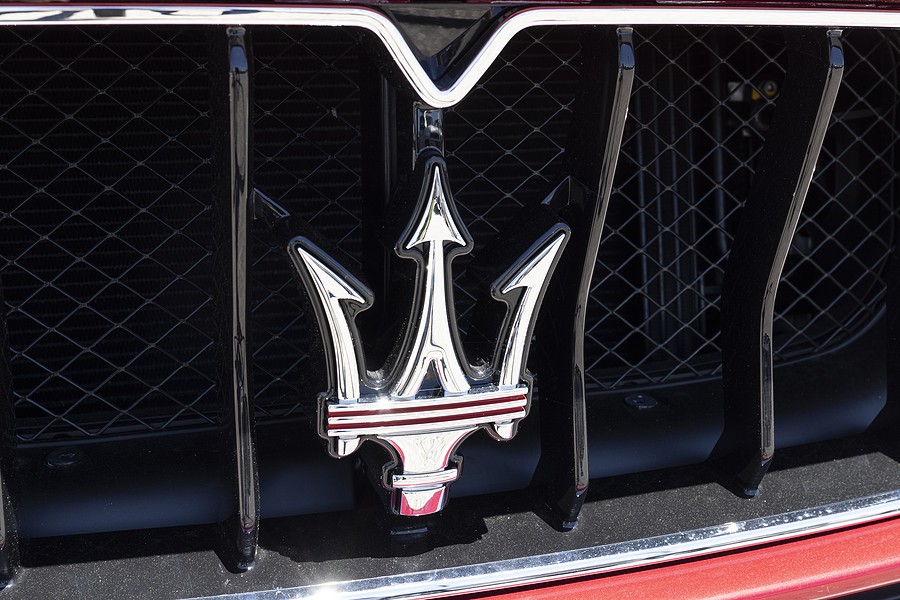 Maserati has been in a decline in recent years, but the first all-new 2021 mid-engined vehicle in a generation looks set to reawaken excitement. After 15 years, Maserati has once again graced the auto world with a supercar. Here is a breakdown of everything the 2021 Maserati MC20 has to offer.

While it has recently added Trofeo variants of the 2021 Ghibli and Quattroporte sedans, since the Levante luxury SUV back in 2016, Maserati has not unveiled a completely new product. In just 24 months, the MC20, which stands for Maserati Corsa 2020, was built.

How much is the Maserati MC20?

How fast is the Maserati MC20?

With a trident emblem, which is a three-pointed weapon, the MC20 is composed of a trio. The Neptune trident depicts a vision of luxury, elegance and ofcourse — speed. The 2021 model has a beautiful mid-engined coupe, powered by a hugely powerful new Maserati-made twin-turbo V6.

Although a 3.0-litre twin-turbo V6 may not have the romantic appeal of an Italian-bred V8 or V12, the first all-new Maserati engine in over 20 years is a patented technical marvel. Maserati selected the 90-degree V6 configuration to optimize many key areas of the MC20, including weight distribution and lower center-of-gravity.

The MC20 is the brand’s first ever supercar since the 2004 MC12 and is set to grace the racetrack as well as the road. The new engine, named Nettuno, Italian for Neptune, uses a novel twin-combustion mechanism borrowed from Formula 1 racing cars and is coupled with an automatic eight-speed transmission. It will go as fast as  zero-to-62-mph time of less than three seconds and a top speed of over 200 mph as claimed by Maserati.

Maserati is keeping quiet on the specifics, but has said it will be quicker than the petrol edition, and an all-wheel drive platform will be under-pinned. That suggests at least two electric motors, although recent online reports indicate that three motors would power the electric MC20. One on each rear wheel and one on the front axle.

Despite the additional 60 to 80 kg weight from its lithium-ion batteries, Maserati has promised that the MC20 will be quicker with an approximate 515 kW produced by the three-motor set-up. That's a big power bump from the 3.0-liter petrol V6 over the 463kW put out.

The 2021 MC20 will debut as a two-seater coupe or convertible with a minimalist cabin. A partnership with the motorsport engineering company Dallara has resulted in a carbon-fiber framework for the suspension and powertrain with aluminum subframes.

The carbon-fibre tub of the MC20 is constructed of 57 different carbon-fibre parts that provide both light weight and rigidity. With vortex generators channeling air through ducts, vents or the rear diffuser as required, the floor itself is fully enclosed.

Without the need for external aero aids such as wings, the end result is plenty of downforce, lending the MC20 a tidy and uncluttered profile. This construction minimizes weight, which sets the MC20 up for success related to results.

Lubrication comes from a dry sump device that according to Maserati, will set the MC20 up perfectly for a motorsport future. The company would not say which type of motorsport it was looking at, but on a packed grid of GT3 race cars, the MC20 wouldn't look out of place.

Fuel is supplied via a dual system known as a PDI injection, which stands for Port Injection and Direct Injection. With each cylinder, there are two sets of injectors. One with low pressure, and the other with a high pressure pointing directly into the combustion chamber.

But perhaps the unique selling point of the Nettuno is its twin-spark set-up, seen in a road car for the first time in the MC20. No wonder then that the invention was patented by Maserati. For each cylinder that functions as the primary ignition point, the device consists of a pre-chamber housing the first of two spark plugs. All the heavy lifting is done by it.

The second plug, referred to as the side spark plug, is only used for combustion when operating conditions do not consider it necessary to use the pre-chamber, thus helping to minimize fuel consumption.

The lower fuel consumption generated by the twin spark plug system, Maserati says, has allowed it to pursue more output from the V6. Think about it as a deposit. With European consumption and emission regulations among the most stringent in the world, in order to comply, every car maker must meet a target number.

Maserati uses this system to have a lower consumption number than required by law. Consumption can then be spent elsewhere in the production of the engine like for instance, in extracting more fuel. A 3.0-litre twin-turbo V6 cites impressive outputs that help propel it in less than three seconds to the benchmark 100km/h sprint.

The Exterior, Interior and Infotainment System

It is safe to say that reaction has been mixed when it comes to Maserati MC20's styling. While for a person it could be a thing of beauty, others find it generic. It being painted white can be seen as neat, fresh and new for some, while others see it as boring and standoffish. But the MC20 also sports yellow and red paint or to be more precise, Giallo Genio and Rosso Vincente.

Rather than having horizontal or diagonal broad-set headlights, it has almost upright lighting that accentuates the pointed nose of the coupe. Through upward-opening ‘butterfly' doors the two-seat cabin of the MC20 can be accessed. More than providing the drama, the doors serve a useful purpose, particularly in low slung sports cars such as the MC20.

More than just providing a show, it makes  entry and exit easier. In addition, Maserati claims that the butterfly doors of the MC20 also help increase aero performance, with a drag coefficient of 0.38 for the entire package.

The MC20 features a digital rear-view mirror that uses a rear-facing camera to feed a picture of what is behind the car to a frameless inside rear view mirror installed in the typical position on the windshield to help solve the rear-view visibility issue.

According to Maserati, the camera itself is subtly located just under the louvred motor cover, providing a more natural and practical view than the lower-mounted rear-view camera being used in parking.

The current lineup of Maserati uses a reskinned version of the Uconnect infotainment system of Fiat Chrysler. The MC20 will also receive a new interface with a horizontally-oriented touchscreen tucked in the middle of the dashboard under the air vents.

How many MC20 will be made?

Although the MC12, the last supercar of Maserati, was limited to only 50 units plus 12 racing models, Maserati has not yet made public that the production figures of the MC20 would be limited, nor did it include prices or a timetable for first deliveries.

Is a Maserati expensive to maintain?

In the more recent years Maserati has become more known and going back to 2013 the brand’s sale has significantly increased.  But notwithstanding its especially crafted interiors and good performance the Maserati still suffers from its lack of dependability. It is plagued with several issues, the most common being its electrical problems that affect the axle and suspension.

So while Maserati has become more popular among car buyers, its reliability still has yet to improve and has repeatedly been getting a low reliability rating based on the ReliabilityIndex rankings. It came last out of 40 competing brands.

But the question remains, why is this exclusive brand so unreliable?They have what can be called bespoke engineering and designs so it shouldn’t be undependable. That could be a common notion but based on actual facts a lot of luxury cars have reliability issues.

When they do have issues, the cost of repairs is quite insurmountable. The Maseratis can also take a very lengthy time to repair as their parts, being they are especially designed and engineered, are harder to find and replace with very limited suppliers of rarer components.

The Maserati may be loved for its uniqueness but the ultra-luxurious brand’s selling point which is its bespoke engineering, is also its downfall. The more modern, mass-produced manufacturing techniques do make more reliable car models than those with bespoke engineering.

Also, Maseratis can not be used as an everyday car. Luxury cars are not built for  constant usage, and if you dare to use it a lot then surely expect for it to wear down quickly. Given all the information, the Maserati is in fact expensive to maintain.

How expensive is maintenance on a Maserati?

It is a serious investment to maintain a Maserati car. Only an expert care of a certified Maserati service center can keep your new Maserati in pristine condition. So what is the cost of Maserati maintenance service? It really depends on the Maserati you drive, since there are a number of variants.

The Maserati, as a whole, has an estimated Maintenance Expense for One-Year starting at $380. After a full year or 12,000 miles it’s time for the first maintenance visit.

The 2-year or after 25,000 miles servicing expenses of Maserati starts at $500. It is more expensive with the addition of an engine air filter replacement and a cabin air filter replacement. This consultation also includes all of the service points covered in the one-year visit such as replacing engine oil and filter, checking engine, brakes system to exterior lights, etc.

The 3-year or 37,500-mile span, on the other hand, comes with a servicing expense starting at $1,080. Additional services like cleaning and inspecting the cabin’s air filter and replacing spark plugs are more likely to be included.

Why do Maseratis not hold their value?

Like other more exotic brands, Maserati continues to lose its value because its reliability, as stated above, is unpredictable and demand, mainly for that reason, remains soft. Unfortunately, there are no Italian cars that are known as all that reliable and they all seem not to do well when it comes to depreciation.

Is Maserati owned by Ferrari?

The five Maserati brothers founded their car business in Bologna, Italy, in 1914. Throughout the 1920s and most of the '30s, they constructed winning racing cars. But as the Great Depression dragged on the brothers encountered financial difficulties forcing them to sell the company.

Maserati changed hands many times from 1937 onwards, and with every change the cars they built also evolved. The carmaker went from private ownership to ownership of Citroen. It also shifted from manufacturing mainly race cars to selling luxury sedans in the late 1950s. The business was then owned by an entrepreneur and an Italian state-owned holding firm, with Chrysler holding a small stake in it in the 1980s.

In 1993, Fiat took full ownership of Maserati. In 1997, Ferrari, which was also owned by Fiat, acquired half of Maserati's shares. This archrival, ironically, is credited with modernizing the operations of Maserati and stabilizing its finances. In 2005, Maserati was split off from Ferrari and eventually made profits in 2007.

Being the first car ever to be 100% made in Modena, Italy, by Maserati, the 2021 Maserati MC20 has become the pride of the brand. With 4 Bespoke driving modes: GT, Sports, Corsa and Wet, among other features, Maserati promises a “one-of-a kind” driving experience. Sporting the first Nettuno engine and being the first Maserati with carbon fiber monocoque it is truly set to impress. So while Maserati may suffer a few flaws from history, this first of its kind Maserati model is truly worth looking into.