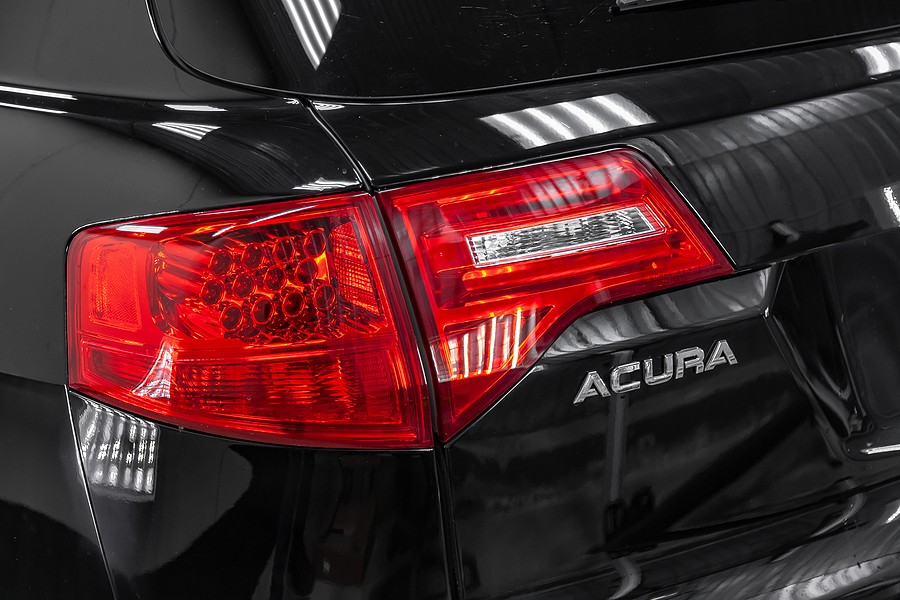 The 2018 Acura MDX is known to be one of the most best-selling luxury SUVs in the automotive market today. It will be a great choice if you are looking for your next family vehicle or a vehicle for daily commuting. It offers superior handling and a smooth ride with its V6 3.5 liter engine coupled with a Sequential SportShift 9 speed automatic transmission. As great as it sounds there are some 2018 Acura MDX 9 speed transmission problems that are reported from its users. Transmission problems like acceleration issues, vehicle stalling, hard shifting, and sudden shutdowns have been reported.

The 2018 Acura MDX has so much to offer. It is one great luxury SUV that offers a smooth ride, impressive handling and thanks to its 9 speed transmission, it offers a good gas mileage too. The nine-speed automatic transmission with Sequential SportShift paddle shifters which the 2018 Acura MDX has is extremely smooth and it promises you a superb driving experience. When it is in automatic mode, the driver will be able to choose between economical or sport shifting.

Because of this problem, there has been a suit filed against the Honda Motors which is the parent company of the luxury car brand, Acura. It is said that the 2016 to 2020 Acura MDX and RDX models have been found to have potentially dangerous acceleration defects.

Complaints include vehicle decelerating, stalling, or shutting down without any warning. One MDX user reported that the vehicle began to stall upon acceleration as the user was pulling off after being stopped or at times when driving in the 30 to 45 mph range.

There are also instances where the vehicle suddenly loses its power at random times. One user experienced this problem while changing lanes. The vehicle was decelerating but the electronics and air conditioning still continued to function.

Other 2018 Acura MDX 9 speed transmission problems that are reported from the MDX users include vehicle stalling then lurching forward on a low gear, jumping forward from stop without hesitation, part throttle hesitation low speeds, and other transmission shift problems.

One complainant of another class action suit reported that there are miscommunications between the software that controls the transmissions, the engines, and the throttle. It is said that this problem leads to unexplained vehicle shuddering and stalling during gear shifts. The complainant tried to have the problem fixed but the dealer cannot find the problem.

Many MDX users reported that they have problematic backup cameras that do not work when put in reverse and a display screen that just freezes up. Its external music device interface has been reported too because issues like the Acura system only allow browsing on fourth generation iPods and its earlier models and issues with phone pairing via Bluetooth. Complicated screen controls have also been reported.

Body integrity issues include strange noises like squeak and rattle sounds, loose or cracked seals, and air and water leaks. Some MDX users reported that they have dealt with wind noises because the door seals were not tight. The dealer fixed the problem and the noises have stopped.

The 2018 Acura MDX has also had some NHTSA recalls.

The recall was announced on November 01, 2018. It was a recall for certain 2017 to 2019 Acura MDX and 2017 to 2018 Acura MDX Sport Hybrid vehicles. Certain 2018 to 2019 Honda HR-V and Honda Odyssey and 2016 Honda HR-V vehicles were being recalled too. It is because of the rear brake caliper pistons that may have an insufficient coating. It can cause gas pockets to form that could result in reduced brake performance.

This recall was announced on April 05, 2018. It was a recall for certain 2018 Acura MDX vehicles. Certain 2018 Honda Pilot and Ridgeline vehicles were being recalled too. 2018 Acura MDX vehicles have been recalled for having issues with the driver powered seats. The said seats may have been assembled with improperly manufactured rivets. In case of a car crash, the rivets can break that could result in seats not being secured to the floor.

This recall was announced on April 12, 2019. It was a recall for certain 2018 to 2019 Acura MDX and Honda Pilot vehicles as well as certain 2019 Acura RLX, RLX Sport Hybrid, TLX and Honda Odyssey and Ridgeline vehicles. It has been found that the timing belt teeth might separate from the belt.

This recall was announced on January 29, 2019. It was a recall for certain 2016 to 2018 Acura MDX and 2015 to 2019 Acura TLX vehicles as well as 2015 to 2017 Honda Accord vehicles, all of which are equipped with a 3.5L V6 engine. It has been reported that there are particulates in fuel that may adhere to the fuel pump’s internal components that could result in reduced performance.

The problem will be fixed by updating the fuel injection engine control unit or FI-ECU software. The fuel pump will also be replaced if needed. The dealers will do all the repairs and replacements free of charge.

It is often said that transmission should last as long as the car does but it is not always the case. There are a lot of contributing factors that reduce the lifespan of your vehicle’s transmission. There are transmissions that can last for over 200,000 miles while some can just last over 10,000 miles. The numbers can change and vary depending on how the vehicle is maintained as well as the driving condition it runs on, and even the driving habits of the driver.

Reports say that the Acura MDX transmissions lasted for more than 200,000 miles because of strict compliance to the manufacturer’s recommended maintenance and services. Just like any other cars, your vehicle will last longer as long as you follow the regular maintenance schedule, make time to do all the needed servicing, and check and change your car’s fluids regularly.

The 2018 Acura MDX happens to be sitting in the middle spot of the luxury midsize SUV rankings. In fact, it has been awarded as the 2018 Best Luxury 3-Row SUV for the Money by the US News and World Report.

The 2018 Acura MDX is a great car with lots of impressive features and strengths to offer. It gives superb handling, smooth ride, spacious and comfortable cabin, a good fuel economy, and a long list of high-tech features. It is equipped with a 3.5-liter V6 engine that makes 290-horsepower coupled with a 9 speed automatic transmission. Some of the downside of owning one are the reported 2018 Acura MDX 9 speed transmission problems and a below average predicted reliability rating.

Overall, the 2018 Acura MDX is a good and reliable SUV. If you are looking for a family vehicle, the MDX will be a great option because of its spacious interior and its high safety ratings. With it, you can ensure your safety and the safety of your family.

If you decide to purchase one, make sure that you go through the vehicle history report and ask if the unit has been recalled and if the 2018 Acura MDX transmission problems have been fixed. Take your time and make the necessary inspections and research about the vehicle.

2018 Acura MDX 9 Speed Transmission Problems: How can I make my transmission last longer?

Transmission problems take too much to repair and a transmission is one of the most expensive parts to replace. That is why it is important that you take good care of your transmission and do preventive measures.

There are several ways to take good care of your transmission and make it last longer.

There might be some 2018 Acura MDX 9 speed transmission problems that have been reported, but it doesn’t mean that the 2018 Acura MDX is an unreliable SUV. The problems can still be fixed. Although the problems and complaints from the MDX users can cause an alarm, know that there are also many 2018 Acura MDX users that are satisfied with the vehicle and gave high ratings and great reviews.