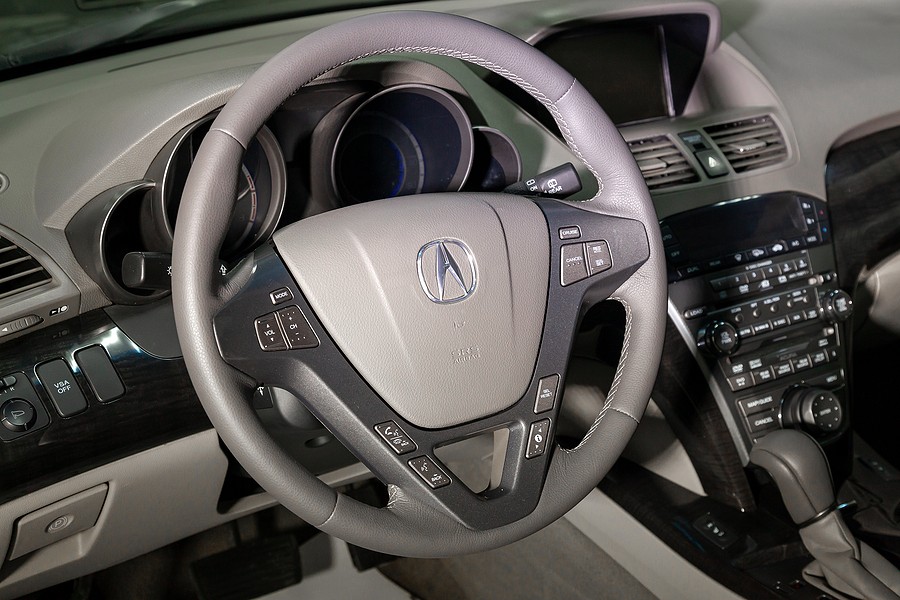 The 2017 MDX problems gave it a subpar predicted reliability despite its superb value having top-notch safety scores and tons of standard features. Some of its issues include an awkward infotainment system bringing the 2017 MDX down to a midpack ranking. Some consumers also reported check engine and D4 lights flashing, erratic engine idle speed, transmission problems and said they were not very happy with its lift back alignment as it’s“not up to luxury standards.” Here are just a few 2017 MDX problems we hope to look into in this article.

The Acura MDX is the best-selling luxury three-row SUV of all time, and the 2017 model year sees a major refresh. The most noticeable upgrades include an optional second-row captain's chairs, revised beak, 20-inch wheels, and an updated interior with leathers and wood trim.

Acura keeps it straightforward by only providing two MDX variants. A 3.5-liter naturally aspirated, direct-injection V-6 with 290 horsepower at 6,200 rpm and 267 lb-ft of torque at 4,700 rpm is the volume seller.

In this MDX, the only transmission option is a nine-speed ZF transmission. It sends power to the front wheels on entry-level models. Acura also offers Super Handling All-Wheel Drive, which transfers power to all four wheels.

In a configuration known as Hybrid Sport Super Handling All-Wheel Drive, a hybrid MDX is powered by a combination of one conventional internal combustion engine and three electric motors (HS-SHAWD).

The 2017 Acura MDX receives a slew of upgrades, including the AcuraWatch package for safety and driver-assist features as standard, a restyled exterior with a new grille, and luxurious 6-passenger seating in top-line MDX Advance trims. The Sport Hybrid integrates technology developed for the Acura NSX supercar, setting a new benchmark for the MDX's performance.

When including the destination fee, the 2017 Acura MDX has a Manufacturer's Suggested Retail Price (MSRP) of just under $45,000. All-wheel drive adds $2,000 to the price, and adding bundles will add thousands more. A fully fitted 2017 MDX will cost upwards of $60,000.

Tony with MDX Tech 3.5L Automatic transmission 23,500 miles said that when he tries to accelerate after braking the vehicle would have a massive hesitation and just sits doing nothing for a solid second. He describes this one 2017 MDX problems not only very frustrating but also very dangerous. If he was getting on a highway from a parking lot or was trying to switch lanes in traffic, etc the vehicle would just bog down and do nothing for 1-2 seconds.

David with MDX V6 Automatic Transmission at 12,000 miles said transmission chokes, stalls or jerks when starting from stop to go. Cars would fly by him and he had been honked from behind. His transmission got a code of p287a.

Mark with MDX Tech V6 Automatic transmission at 10,200 miles reported that while driving and was slowing down for another vehicle upfront which was making a right turn off the road at a distance of 100FT the braking light braking light and crash avoidance system started initiating a serious skidding or almost a complete stop.

Rebecca with MDX Automatic transmission at 1,000 miles said it was already her 5th MDX and the issues were never addressed. She stopped letting her new driver son use the car. Her husband nearly had an accident with the auto brake going off randomly, and she also had an accident in Feb 2017.  So this autobrake malfunction could potentially be one of the most serious 2017 MDX problems

Buckeyecal with MDX Automatic Transmission at 9, 900 miles came to lane expansion and moved to the carpool lane when the camera picked up the lane strips and braked the vehicle. It would not accelerate and the car almost stopped! Getting off the lane markings the car eventually accelerated! As the consumer goes up a winding hill the front camera detects oncoming cars and tries to brake, jacking up the car. It almost caused a rear-end collision several times,

A consumer with MDX Hybrid Automatic transmission at 5,000 miles reported consistently getting ~22 mpg while city driving (Approx 5000 miles). Benchmarking results against other MDX hybrids has seen 24-25 mpg. Acura reportedly refuses to further look into the issue.

Another consumer with MDX Sport Hybrid 3.0L V6 24 valve Automatic transmission at 2,300 miles has a window sticker on 2017 Acura Sport Hybrid claiming 27 MPH highway, 26 MPH city. But the average all-city driving has been 19 to 20 MPH, 25% less than the sticker. The average all highway mpg is better at 24 MPH and dealers couldn't fix it. Acura highly depends on their sales pitch of yearly savings using the Acura Hybrid, which was said to be totally false.

What year MDX have transmission problems?

The worst model, according to Car Complaints, was the 2003 model. This is due to the fact that this is the first year with the torque converter problem. There were 16 complaints registered to Car Complaints, but the NHTSA received 46 more. This model also had a lot of electrical issues. The heated seats, door locks, ignition, and rear-view auto-dimming feature all had electrical problems.

The 2001 model is the second-worst. The Acura MDX was introduced in 2000 for the 2001 model year. It was the very first model for this car, so it's not shocking that it has some flaws.

The transmission was the most serious concern, with nine reports on the site and 36 more submitted to the National Highway Traffic Safety Administration.

In the end, the transmission issues were mostly fixed by 2008, with a few issues resurfacing in later model years. Except for 2014, when the engine had a poor year, the Acura MDX received less complaints than the other versions. Aside from that, it recovered pretty well and is still going strong today.

What is the best year for Acura MDX?

The best deal is the 2017 Acura MDX. It has much of the same features as the 2019 model and is just $26,083 on average. You'll be driving a high-end vehicle without breaking the bank.

Knowing that 2017 is a good model year for Acura MDX and informed of potential problems you may encounter with this vehicle you can now better weigh in if 2017 Acura MDX is also the best deal for you despite the 2017 MDX problems presented.