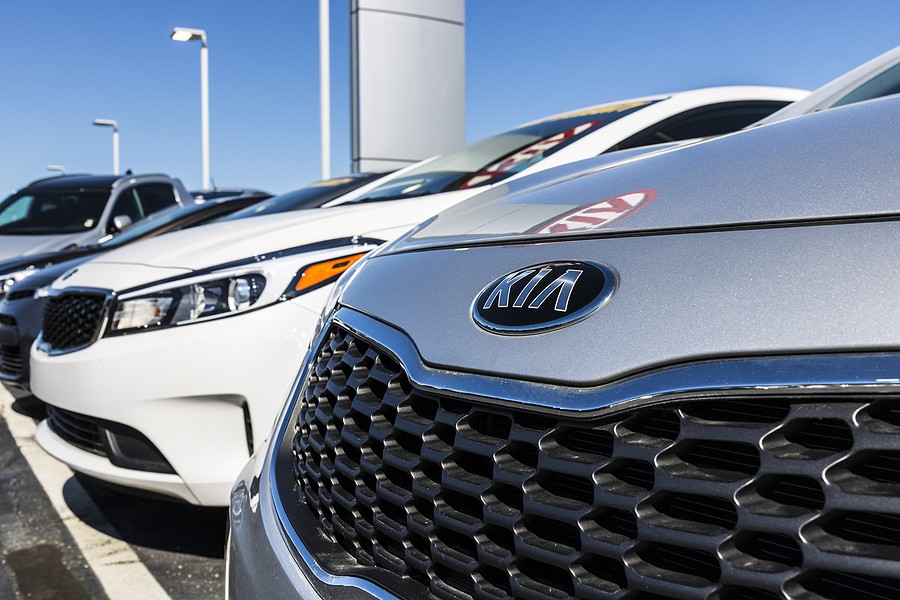 There are very few 2017 Kia Sorento problems reported by current and previous owners. Most reported problems had to do with the steering system lights engine electrical system AC and heating system and others.

The best way to look at any vehicle's problems is by listening. So, what current and previous owners say about their vehicles. There are tons of online websites. That's low equal owners to report mechanical problems they faced during the lifetime of their vehicle.

In this article, we provide a summary of the intensive review of most reported complaints about the 2017 Kia Sorento. We provide details about the problem category suggested repair options or repair costs and the mileage at which the problem most likely occurs.

The vehicle was featured for the user-friendly infotainment system, the great power engine, and the good vehicle handling along with the high-quality interior.

This vehicle comes with a 6-speed automatic transmission, has a towing capacity ranging from 2000 to 5000 pounds, And the fuel tank capacity of 18.8 gallons.

According to Kelley Blue Book, the manufacturer suggested retail price MSRP for the 2017 Kia Sorento is about $18,500, and this value can get as high as $27,000 with higher trims.

Steering system problems are the most reported problems about the 2017 Kia Sorento. The biggest reported complaint has to do with the vehicles wandering at the highway speeds.

It is very common for vehicles around 8,700 miles to drift from left to right when driving on the highways, as reported by several complaints from current and previous owners. Unfortunately, the complaints did not include information about Revere options or repair costs.

Another reported problem with the 2017 Kia Sorento steering system is related to sticky steering. While the problem was not reported very often, it is important to highlight it here because the owners mentioned that it could be very dangerous and can cause crashes, especially when driving on the highways. Sticky steering could occur mostly around 11,000 miles. Again, no repair options or repair costs were included in the complaints.

The second most reported problem with the 2017 Kia Sorento has to do with the lights.

If you are driving a 33,000 miles 2017 Kia Sorento, you might get into a situation where lights flicker on and off on itself, although it's set to an auto mode. The problem was reported by more than ten peoples from different locations owning different vehicles. The owners did not include information about repair options or repair costs. Still, they mentioned that problems are growing and are reported by several folks, and they are now hoping for Kia to provide an action or some recalls.

On the other hand, the total opposite could happen. If you own a 33,000 miles 2017 Kia Sorento, you might also get into situations where your vehicle lights would turn on its own even if it's parked and turned off. Several owners reported that the battery would die just because of this issue.

Engine problems are one of the worst types of problems a driver would like to deal with this is because they require a relatively high repair cost. Furthermore, you would need to have a certain level of advanced mechanical skills to be able to resolve the problem even if you have these skills you still need to repair a shop or dealership because you will also need certain tools that are not available in any place except these locations.

Unfortunately, the third most reported problem about the 2017 Kia Sorento has to do with the engine after the steering system and the light's problems. The biggest thing you could face engine-wise is a complete engine failure. Engine failure most likely occurs around 37,000 miles, and to get the problem resolved, you must some stole and no engine or rebuild your engine the site for repair is one of the highest repairs that you might be dealing with, although no information was included in the complaints about repair costs.

Electrical system problems were reported several times but not as often as the steering system lights or engine problems. A couple of owners Reported issues with the advanced cruise control and the battery.

Smart cruise control issues occur mostly around 6,000 miles, which is relatively no vehicles. The problem would start with a check smart cruise control system light illuminating, followed by additional warning lights like the antilock brakes lights brakes and others. This problem could cause a lot of safety issues, especially when driving on the highways and in the middle of traffic.

Surprisingly didn't battery issues occurred had a vehicle around 50 miles only! The owner was not even able to drive the vehicle home and enjoy it. Since the vehicle was relatively new, the owner did not include information about repair options or repair costs as he returned it to Kia.

AC and heating system were very rare in the 2017 Kia Sorento. Only one complaint was reported about the AC not working properly. This owner of 400 miles 2017 Kia Sorento reported that the AC would start blowing warm air while driving without a clear reason and even though the vehicle was relatively new. Again, no information on repair costs or if your option was included as the owner returned it to Kia.

In general, problems were not reported that often about the 2017 Kia Sorento since only one owner had one issue with the TPMS check the lights illuminating suddenly without a clear reason or previous warning signs. Again, this is another problem that occurred at newer vehicles around 100 miles. Thus, repair costs were not mentioned in the complaint as we expected that it was covered under the warranty or the deal was not completed.

Like interior problems, exhaust system problems were not reported as often only one owner had an issue with excessive smoke coming out of the tailpipe. Therefore, if you own a 35,000 miles 2017 Kia Sorento, you might need to expect and keep in mind any weird smoke coming from the tailpipe. Unfortunately, if you came across this problem, you may or might not find a solution based on what the owner reported. When taking the vehicle to the repair shop, they were not able to identify A cause for this excessive smoke that is coming from his vehicle's tailpipe.

The last problem we would like to highlight here has to do with the transmission. Similar to engine problems in this mission, problems one of the worst types of problems because they also require high repair costs and sometimes result in vehicle scrapping.

Luckily, only one complaint was reported about the 2017 Kia Sorento transmission. An owner over 20,000 miles 2017, Kia Sorento reported having an issue with an all-wheel-drive system. She mentioned that her vehicle but it make it through the bad weather. Plus, she does not recommend driving or purchasing a 2017 Kia Sorento if you were living in areas where there is a lot of snow in bad weather conditions because your vehicle will not be able to help you.

Is it worth repairing the 2017 Kia Sorento?

Answering this question is almost based on the same logic for any vehicle, not only the 2017 Kia Sorento. a couple of questions you need to ask yourself before deciding between repairing your vehicle, including:

If any of your answers to the previously mentioned questions is a “yes,” then it might not be worth repairing your vehicle. And you might need to start thinking of selling your vehicle only as junk. Luckily we can help you!

Cash car buyers are one of the top-rated junk car removals in the country. We don't only buy your car. We also provide you with free towing despite your living location.

All that you need to do is to give us a call, get our instant offer, except it, get your vehicle removed within one to three days, and receive your cash payments right in the spot. This way, you can use this payment to start a down payment for, and you are a better vehicle with less hassle and fewer headaches on the repair.

In this section, we included information about what current owners think of the 2017 Kia Sorento Problems.

The first owner I reported the problem to carcomplaints.com: “I bought this car without a highway test drive, stupidly! It is stressful and tiring to drive on the highway for more than a few minutes. Cannot wait to trade it in. Otherwise it is a beautiful car, but not worth it due to this problem. The car needs constant adjustments to steering on the highway, it seems to be a problem when driving over 50 miles an hour. It borders on dangerous. Wish there would be a way to fix it. Step up, Kia! Or no more Kia products for me. Or anyone I know, if I can help it.”

The Second owner I reported the problem to edmunds.com “The 2017 Sorento is the roughest ride I ever had. (And in a truck driver) how it amplifies each tiny pump or pebble into painful vibrations up the spine is baffling. The seats are uncomfortable and a 30 minute drive feels like it was 3 hours. Even the seatbelts are uncomfortable. The slightest correction of the steering wheel throws passengers side to side but you can t feel it in The driver seat. The slightest breaking even causes passengers to the sit forward and its unnerving to think of the possibilities if not equipped with insanely safe tires in adverse conditions. If you buy this car, know you should update the tires and suspension as to offset the poor handling and rough ride.”

The 3rd owner reported the problem to vehiclehistory.com: “The car is made of a lot of plastic that cracks easily. The car is too small for our young family of 5. The gas mileage is not as good as we expected. Insurance is higher on a Kia because of the way it is built and it is not safer. I would not buy another Kia in the future.”

Most reported complaints about the 2017 Kia Sorento has to do with the steering system lights engine electrical system AC and heating interior drive chain and others.

But the phone number of reported complaints about mechanical issues of any vehicle does not always tell the whole story. This is because some vehicles might receive a very high number of complaints; however, all these complaints are easy and can be fixed. On the other hand, another vehicle could have very few reported complaints, but these companies are very major and related to either the engine or transmission.

Since the goal of this article was to help no shoppers to decide whether to buy the 2017 Kia Sorento or not, we can say that most problems occur at the 1st miles of your vehicle. So if you were able to pass the 1st miles, then you most likely are not going to face significant issues with your vehicle. If you're buying a used vehicle, there is not a whole lot to worry about when it comes to mechanical problems.

The bottom line of this article is that 2017 Kia Sorento is a good vehicle with few complaints, and most complaints are not very significant.