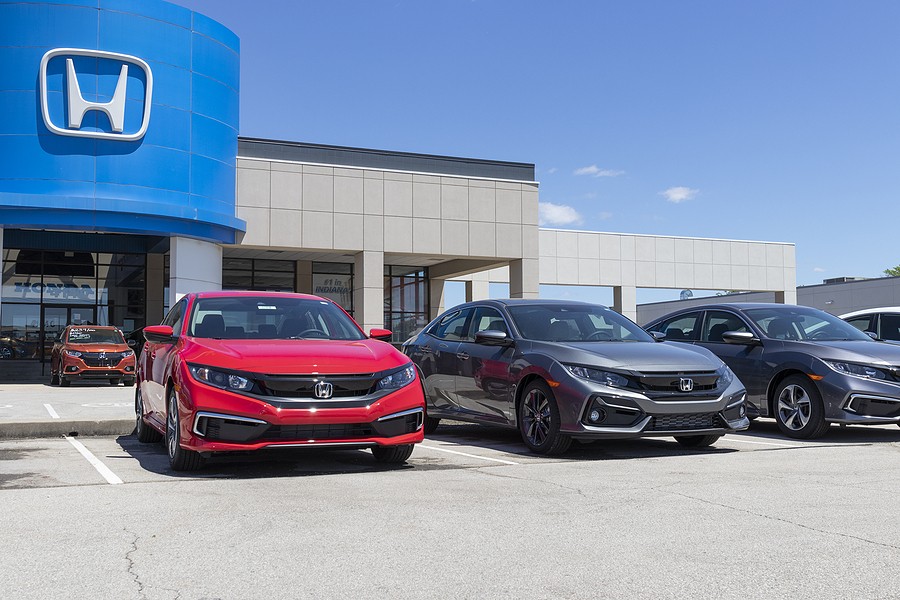 Has your 2017 Honda Accord suddenly stopped starting up for you? Has it been stalling out on you on a regular basis? Or did you just discover that it has a bad fuel pump in it that has been having an impact on its performance? These are several 2017 Honda Accord engine problems that might affect you if you own this particular Accord.

The Honda Accord has been around for almost 50 years now. As a result, Honda has managed to iron out most of the wrinkles when it comes to one of its most popular cars. But those who own the midsize vehicle might still be forced to face one of the many 2017 Honda Accord engine problems at some point in time.

You should try to steer clear of allowing any of these 2017 Honda Accord engine problems to affect you too much by keeping them on your radar. Simply knowing about them will let you know when you need to take your Accord in for service. Let’s discover a little more about the 2017 Accord below before reading about all the different problems that can take a toll on the engines in these cars.

When you close your eyes and imagine a reliable car in your head, there’s a good chance that the Honda Accord probably comes to mind. It’s been able to last for as long as it has in large part due to its reliability and its ability to last for a long time.

For example, the trunk is spacious, but it also has an awkward shape to it that can make loading and unloading it a challenge. The technological features found in the 2017 Honda Accord aren’t much of an upgrade from the 2016 model. And of course, there are a few 2017 Honda Accord engine problems that can ruin the experience of driving an Accord for some people.

In a moment, we’re going to touch on all the different 2017 Honda Accord engine problems that we just alluded to. But prior to getting into that, we want to familiarize you with the two different engines that are most often found in 2017 Honda Accords.

The second engine, meanwhile, is a 3.5-liter V6 engine that is able to produce 278 horsepower. It’s a much more powerful engine than the base engine and is widely regarded as a great upgrade for those who need a little more oomph from their 2017 Honda Accord. It’s only found in the EX-L and Touring 207 Accord trims.

When we talk about the various 2017 Honda Accord engine problems in a second, we’ll be mostly focused on issues surrounding the base engine. But there is a chance that both of these engines could present problems for 2017 Accord owners.

Because the 2017 Honda Accord has only been around for several years now, there haven’t been a whole host of 2017 Honda Accord engine problems reported just yet. Those who own a 2017 Accord have issued formal complaints about things like the interior accessories early and often. But there hasn’t been an influx of people having issues with their engines.

There are, however, a small handful of 2017 Honda Accord engine problems that you should look out for when you’re behind the wheel of one. Regardless of whether you have under 10,000 miles or well over 50,000 miles on your car, you could face one of the following problems with it.

When you stick the key for a 2017 Honda Accord into its ignition and turn it, you expect for the car to start right up. But unfortunately, more than a few 2017 Accord owners have complained about their cars not starting for them for one reason or another. And oftentimes, they’ve also reported that their Honda dealers have been able to diagnose the issue, which has led to them having to drive around unreliable cars that don’t always start.

One 2017 Accord owner issued a complaint at the top of 2020 about how their Accord, which only had about 30,000 miles on it, would not start for them on numerous occasions. They had to jumpstart their car several times, and while that would do the trick, their dealer was unable to figure out why their car wasn’t starting in the first place.

They broke down their situation in a complaint that was posted on CarComplaints.com. “In all the incidents, the car would try to turn on but wouldn’t,” they said. “The keyless entry worked, all lights worked. [But] the steering wheel locked on all incidents.”

Other 2017 Accord owners echoed this same sentiment. They touched on how their 2017 Accords also stopped starting out of the blue. And when they took them to their dealers to get worked on, the dealers struggled to find anything wrong with them. It has left many 2017 Accord owners and Honda dealers puzzled.

If you have a 2017 Honda Accord that won’t start, you should begin by checking the battery in it to see if it has gone bad. You’re also going to want to have your starter checked out since that is another thing that could go bad and stop your car from starting.

But if it isn’t either of those things, your dealer will have to take a deep dive into your Accord to see what’s going on with it. That could lead to costly repairs, and even then, you might still find yourself with a 2017 Honda Accord that won’t always start reliably.

Another of the common 2017 Honda Accord engine problems that you’ll want to watch out for when you drive a 2017 Accord is unexplained stalling. For every 2017 Accord owner that has complained about their car not starting, there’s been another one right behind them complaining about engine stalling.

One 2017 Accord owner, in particular, found that their car followed a familiar pattern every two weeks. While they were driving their car, it would randomly stall out on them at any number of different speeds. The check engine light would then pop on, and their car would begin to jerk on them before eventually beginning to drive like normal again.

“The failure recurred every two weeks,” they said. “But a failure code could not be found. The vehicle was not repaired.”

That last part makes this another challenging problem for 2017 Accord owners to face. It’s one thing to have your car stalling out all the time, but it’s another for your car to do it for no apparent reason. It can make it hard to fix the issue at hand.

Those who drive 2017 Honda Accords that are stalling out on them all the time should drive their cars down to their Honda dealers as soon as possible to have them inspected. Your car could be stalling because of bad spark plugs, a bad ignition coil, water in your fuel, or a bad fuel pump. The fuel pump issue in some 2017 Accords is the next thing we’re going to discuss.

There has only been one recall that’s been released for the 2017 Honda Accord thus far. And it could very well help to explain why so many 2017 Accords have started to stall out suddenly on their owners.

Honda put out this recall in early 2019 after finding that some fuel pumps found in 2017 Accords weren’t doing their jobs and were, therefore, leading to people experiencing engine problems. Reduced fuel pump performance was resulting in engine stalling in some Accords and increasing the chances of people being involved in accidents.

If you believe that a bad fuel pump might be to blame for the 2017 Honda Accord engine problems that you’ve been facing, you should see if your car qualifies for the recall that Honda put out. Those with Accords made between 2015 and 2017 as well as other Honda and Acura vehicles might be eligible for it.

This recall will allow you to have the fuel injection engine control unit software in your car updated. It’ll also allow you to have your fuel pump replaced free of charge if it’s defective. That’s something that would normally cost you between $725 and $900 on average.

Has your 2017 Honda Accord been burning through oil like no other? There are some 2017 Accord owners that complained about their cars using up entirely too much oil in short periods of time.

“They know they have a problem,” they wrote, “and are covering their a— by starting this amount of oil usage is normal.”

You should also see if you might have an oil leak somewhere in your engine if it’s using more oil than it should. Your dealer should be able to find out where your oil is going so that you don’t have to drive around worrying about how much you have left.

Other 2017 Honda Accord Problems

As if the 2017 Honda Accord engine problems that we just spoke about weren’t bad enough, there are also many other problems with the 2017 Accord that you should know about. Here are some of the many problems that people have reported over the last few years:

These are all problems that you’re going to want to address sooner rather than later when you notice them. They could all represent bigger issues that could put you or your car into harm’s way if you’re not careful.

The good news for 2017 Honda Accord owners is that there is only one open recall for the 2017 Accord at this time. The bad news is that it’s the one for the fuel pump that we just mentioned.

If you have a bad fuel pump in your 2017 Accord, it could potentially cause your car to stall out while you’re driving it. This could put you in a position where you might be involved in an accident. You need to see if your car qualifies for the recall that Honda put out and have your fuel pump replaced if necessary.

Is It Worth Fixing 2017 Honda Accord Engine Problems?

The issue with almost all of the 2017 Honda Accord engine problems that we’ve talked about today is that they’re mysterious in nature to some degree. They don’t all have easy solutions that will get your 2017 Accord up and running like normal again.

Because of this, it might not be worth trying to stop a 2017 Honda Accord from stalling out repeatedly or burning through too much oil. You could very well be better off selling your 2017 Accord and turning it into someone else’s problems.

Cash Cars Buyer is here to assist all those who are suffering from 2017 Honda Accord engine problems. If your 2017 Accord has an engine in it that’s not cooperating with you, we’ll make you an offer for it and take it right off your hands if you want.

Just fill out the form on our website and provide us with some basic information on your 2017 Honda Accord. We’ll respond with an offer and give you some time to think it over. Then, if you agree to sell your car to us, we’ll pick it up from you within just a few days and leave you with a stack of cash. It’s that easy to get rid of 2017 Honda Accord engine problems for good!

Contact us today for more information on selling a 2017 Honda Accord.