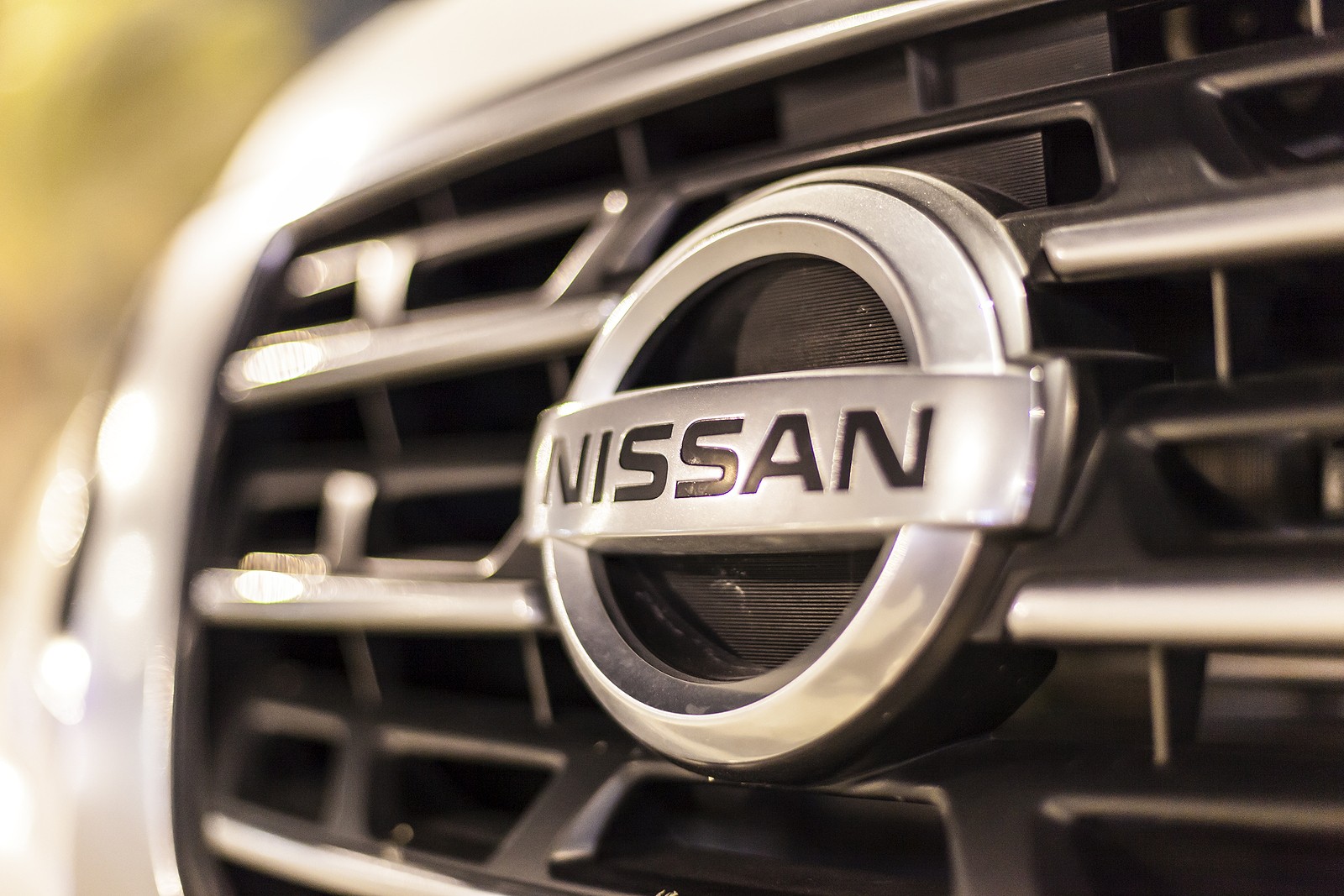 2016 Nissan Rogue Problems are related to the suspension, transmission, AC and heating system, engine, fuel system, brakes, and others. While the total number of reported complaints about this vehicle might not be the highest, most problems occurred at relatively new vehicles.

If you need to know about mechanical problems with a certain vehicle, it is best to hear what current and previous owners think of their vehicle. Many online resources allow owners to report problems about their vehicles.

In this article, we provide a detailed summary of most reported complaints about the 2016 Nissan Rogue to the websites mentioned above. In summary, we provide a highlight of the problem category, the suggested repair options and repair costs when available, and the mileage at which the problem occurred.

The vehicle was featured for the good fuel economy, the great cargo space, and the elegant interior that is at the high-end. The 2013 Nissan Rogue seats up to five people and gets between 25 and 26 miles per gallon on city roads and from 32 to 33 miles per gallon on the highways. The vehicle comes with either a front-wheel-drive or an all-wheel-drive and gets from 147 to 170 horsepower.

The 2016 Nissan Rogue comes with a 2.5 L four-cylinder engine that is associated with a continuous variable transmission. The vehicle has a curb weight ranging from 3,408 to 3,618 lbs.

The most reported problems about the 2016 Nissan Rogue has to do with the suspension system. The biggest reported suspension problem is about the noise coming from the front end when drivers make a turn.

More than twenty owners reported that their 2016 Nissan Rogue would make a strange clunking noise when driving at low speeds and especially when making a turn. The problem was mostly reported at vehicles around 5,200 miles. To get the problem resolved, the owners had to either replace the strut bearing assembly, the upper strut bearing, or the upper right ball joint bearing. The complaint did not include information about repair costs.

Several owners reported some transmission vibration, especially at 40 to 45 miles per hour. Furthermore, the tires felt like rubbing into something. The problem was resolved by returning the vehicle to Nissan. Transmission vibration occurred mostly at vehicles around 5,200 miles.

At least one owner reported a complete transmission failure suddenly without any warning signs with his 46,000 miles 2016 Nissan Rogue. To get the problem resolved, he had to replace the transmission and did not include information about repair costs.

AC and heating problems were also reported frequently about the 2016 Nissan Rogue. Several owners reported that their AC doesn't work properly in their 21,000 miles vehicles. The AC would start blowing warm air and doesn't respond to adjusting the temperature. Again, the owners did not include information about repair options or repair costs.

Similar issues with the heating system were reported as the vehicle would start blowing cold air then shut down completely. The owners did not identify the cause of this issue. However, they mentioned that heating system issues occurred mostly at vehicles around 10,000 miles.

Similar to transmission problems, engine issues are also very significant and can cause very high repair costs. There were several complaints reported regarding issues with the 2016 Nissan Rogue engine.

Another group of owners reported issues with unintended lurching after brake. The problem was described as very dangerous and could cause safety issues to any owner. Unintended lurching occurred mostly at vehicles around 17,000 miles.

The last problem we would like to highlight here is related to a continuous grinding noise coming from the engine. A couple of new vehicle owners reported this problem. They mentioned that they had to visit the dealership at least once every month due to continuous issues with the engine. The owners described engine issues as a “nightmare.”

Fuel system problems were not reported as often about the 2016 Nissan Rogue. A couple of owners had issues with the mileage. While the 2016 Nissan Rogue should get from 26 to 28 miles per gallon on city roads as a worst-case, most owners confirmed that the vehicle doesn't get more than 22 miles per gallon. The problem was described as “Pretty Bad.”

Brakes problems were not reported frequently about the 2016 Nissan Rogue, similar to the fuel system issues. A couple of owners reported hearing some squeaking sound whenever they hit the pedal of their 3,200 miles vehicles. The owners mentioned that they had to get the pedal fixed almost once every oil change, and the problem was not completely resolved.

2016 Nissan Rogue interior problems were not very common.  A couple of owners indicated having issues with the audio as it was not working properly. The problem occurred at vehicles around 2,000 miles. Audio problems were resolved by replacing the system. The complaint did not include information about repair costs.

2016 Nissan Rogue body and paint problems were reported only a couple of times, and all were related to some vibration in the hood when driving at high speeds. The problem occurred mostly at vehicles around 25,000 miles.

In this section, we included information about what current owners think of their 2016 Nissan Rogue.

The first owner reported a complaint about his vehicle's engine to carcomplaints.com: “New Rogue 2016 SV AWD. The car was smooth when test-driven. However, after a few hundred miles (<1000 miles) on it has started vibrating significantly. The vibration is significant when idling in gear (for example, when stopped at a traffic intersection). The problem increases when AC and Fan is turned on. And I mean this is serious vibration. All occupants in the car can feel the vibes! Including passengers in the second row.

This owner reported a complaint to vehiclehistory.com: “The car itself is comfortable if you're sitting the front seat, back seat is a very different story. It rides very rough and very wobbly. The car is safe and has some awesome features like the sport and eco button. The Bluetooth speaker is bigger making it easier for people to hear me when talking.”

The last owner reported a problem to Edmunds.com: “CVT cables replaced at 24000 miles thought it was tires from vibration. At 32000 repeated . Transmission replaced. At 10000 miles front end clicking when turning wheel. Front end parts replaced . 64 years old when I bought this as a new car. I don't beat on it. I have owned a 1998 Nissan Altima,  as well as a 2009 Altima loved them. Too many poor engineering decisions to list.Such as air conditioning dual climate doesn't offer max air. Things get trapped under front passenger seat almost impossible to get out. Seats fold down not level flat. Gaps in folded down seats. Emergency call button activated 3 times when not calling. Be careful when reaching for sun roof. I don't use it might as well not have it. Passengers get out of back seat belts dont retract properly causing drive you crazy rattle. Width of rear rail gate narrow not good for cargo. Hood moves like it isn't shut on high speed interstate driving over 60 mph . When checked its shut. Looking for mid size SUV run the other way!!”

In this section, we answered the most frequently asked questions about the 2016 Nissan Rogue in general and the problems in particular.

Nissan Rogue problems differ by model year. As we discussed earlier, the 2016 Model year has problems mostly related to the suspension system, transmission, AC and heating system, engine, and others.

On the other hand, the 2013 Nissan Rogue had significant issues with the transmission. These issues were related to the loss of acceleration, failure, and whining.

Since Nissan Rogue is an example of an SUV and SUVs are all new in general, it is hard to tell how long they can last. Overall, several experts indicated that the Nissan Rogue could last up to 200,000 or even 300,000. So, you might find a working used Nissan Rogue at around 250,000 miles.

Since 2008, the most reported problem with the Nissan Rogue was related to transmission failure. After 2014, transmission problems were less reported about this vehicle, indicating that Nissan did work on improving the vehicle's quality and reducing transmission issues.

Experts mentioned that Nissan Rogue's value drops significantly after two years of ownership; then, the vehicle starts holding its value. That's why many experts suggest buying a Nissan Rogue that is two years old if you are caring about your vehicle holds its value.

Unfortunately, Nissan Rogue doesn't have the best reliability, especially with the number of reported complaints to many review websites like carcomplaints.com. While it is hard for a vehicle not to receive any complaints, Nissan Rogue received about 177 in 2013, 146 in 2014, 130 in 2015, and 76 in the 2016 model years. This trend suggests that Nissan Rogue is working on improving its quality and reducing the number of frequently reported problems.

Buying a Nissan Rogue depends on your goals and needs. For example, the 2016 Nissan Rogue was featured in several rankings for the great cargo space, the elegant interior. However, it had several issues with engine power and noisy transmission. So, if you know that you would make a lot of shopping trips and need a lot of cargo room, and at the same time you don't care about transmission noise, then this vehicle would be good for you.

On the other hand, if you like the sporty handling and the great engine power, the 2016 Nissan Rogue might not be the best option for you.

Thus, it all depends on your own goals and thoughts about your vehicle.

The 2016 Nissan Rogue problems occurred mostly at relatively new vehicles, which raises a red flag about owning such a vehicle or not.

According to experts, the price of any Nissan Rogue drops significantly within the first two years of ownership, which could be explained by the different problems that occurred at the new vehicles.

Most 2016 Nissan Rogue problems were related to the suspension, transmissions like most Nissan Rogue vehicles, AC and heating system, engine, fuel system, and brakes.

While the 2016 Nissan Rogue is one of the most sold vehicles of this type, it still has a common transmission problem like most Nissan Rogue vehicles.