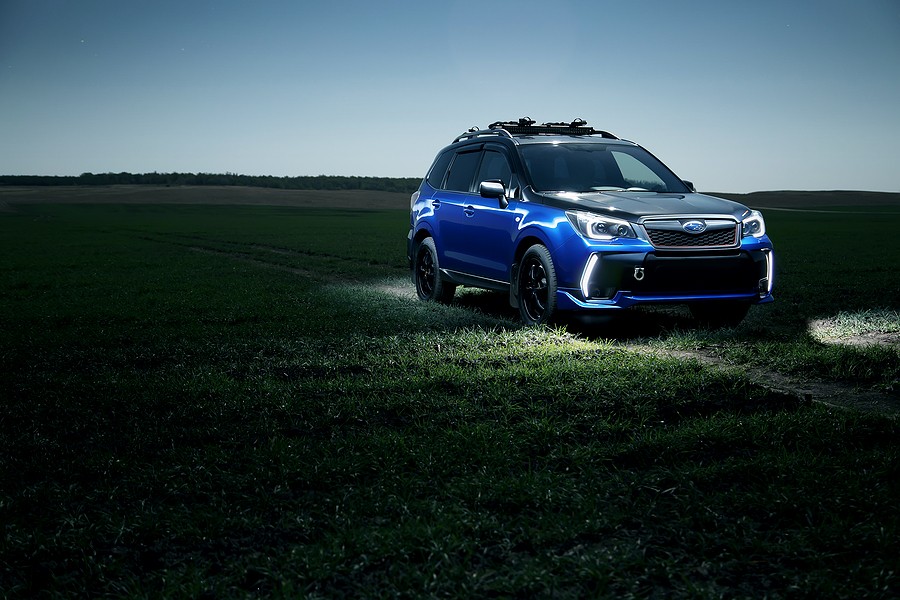 The 2015 Subaru Forester is an amazing compact SUV. It comes with many great features making it one of the best vehicles to drive, especially in various weather conditions.

Despite the great features of this vehicle, some reported significant mechanical problems, especially after owning this vehicle for a couple of years.

The best way to get an idea about what mechanical problems you might face as you drive a certain vehicle is to listen to real customers' feedback. This article summarized a detailed review of customers' feedback about their experience with the 2015 Subaru Forester.

Keep in mind that this article is focused on only highlighting the major problems in this vehicle. This does not mean that the car doesn't have any great features; Many reported good reviews were posted on larger platforms about the 2015 Subaru Forester.

This article intends to help you expect certain mechanical problems and be prepared for repair costs. It also helps you decide when is the right time to sell your 2015 Subaru Forester.

The 2015 Subaru Forester was ranked as #9 in the best 2015 affordable compact SUVs, as mentioned in cars.usnews.com. The vehicle received a score of 8 out of 10 in their scoring criteria.

The Subaru Forster was featured because of the amazing cargo space, the great engine options, the all-wheel-drive coming in a standard model, and the large cabin space.

Although the 2014 Subaru Forester was reported as the wharfs model year, surprisingly, the 2015 model year came with much more problems. According to carcomplaints.com only, about 140 two people reported significant issues with their vehicles.

These issues are mostly related to either the engine, the interior, the transmission, the suspension system, the brakes, the electrical components, etc.

Let's take a closer look at the major reported problem for each category:

One of the most reported complaints about the 2015 Subaru Forester engine problems is significant oil consumption.

Excessive oil consumption was not only introduced in this model year: it seems to start at around the 2011 model year where tons of complaints were reported at vehicles around 45,000 miles.

To resolve excessive oil consumption, most customers had to replace major components and pay around $2000 on average. Unfortunately, many of these drivers gave up on their vehicles and had to sell them as is, although they still owe on them.

In addition to the oil consumption issue, a couple of complaints were reported regarding unintended acceleration. While acceleration issues did not require as much repair costs as excessive oil consumption, they put customers' life at risk because it has to do with safety, especially if you're driving on the highways.

Lastly, a couple of complaints were also reported regarding the check engine light illuminating without any obvious reason. This light illuminates frequently, and the problem usually was not resolved immediately.

Although accessories problems are not usually associated with significant repairs, several customers were frustrated about their experience with some of these accessories.

Many customers reported issues with the Bluetooth connectivity, the voice recognition, and some vibration in the dashboard.

Around 20 complaints were reported regarding 2015 Subaru Forester transmission problems. These problems were most likely related to some surging at lower speeds, the engine not performing properly when accelerating, and significant engine failure.

Can, Fortunately, customers complaints did not include any repair costs details. Still, some of them indicated needing to replace the entire transmission with either a used or a brand-new part.

2015 Subaru Forester suspension problems were also reported by a couple of customers.

Most of these problems were associated with either Suspension spring breaking, vehicle fishtailing when driving on snow, and a broken lower control arm.

To resolve the problem, customers had to either replace the spring or the broken control arm. Repair costs ranged from as low as $400 to as high as $780.

The last problem we would like to highlight here is related to the 2015 Subaru Forester brake issues. A couple of customers indicated that they had problems with their brake pedal feeling soft, the brake sensor failing, and the brakes making squeaking noises.

The customers had to either Replace the brake sensor, flush out the brake lines, or replace the master cylinder to resolve these problems.

Although most customers did not indicate details about repair costs, whatever was reported indicated that brake problems were resolved by spending about $180.

Let's look at what these customers have to say about their experience with their 2015 Subaru Forester:

The first customer was very disappointed with her 2015 Subaru Forester oil consumption. She indicated that the vehicle consumes oil at an alarming level. She started monitoring how often she needed to change their vehicle's oil whenever she feels the oil; it drops significantly.

Unfortunately, although she purchased this vehicle brand new, the problem was not resolved; it was only 11 miles on the odometer.

The second customer had issues with oil consumption, but his vehicle was around 30,000 miles.

He indicated that he got his oil change one day, and then the second day, the oil level dropped by 1 inch immediately.

This customer suspects that the problem is might be related to issues with the valves or engine rings. Unfortunately, the problem was not resolved as well for this customer.

The first customer had multiple issues with his 2015 Subaru Forester.

He first indicated that the Bluetooth system is not the perfect style and performance he was looking for. He indicated that you need to enter all your numbers into the system manually, and once it's there, when someone rings or calls you, it will not pop up his name. It will only show the number, which is not very helpful.

Another thing he indicated has to do with his transmission. The driver mentioned that his transmission hesitates between around 15 and 25 miles per hour. This problem was not related to any other symptom to confirm the real cause.

The customer was very disappointed with his brand-new Subaru Forester, which was at around 2000 miles only.

The last customer we would like to highlight here had significant issues with the 2015 Subaru Forester transmission.

He did not expect how much the transition worked actively overall driving experience this that.

The first thing he suffered from is vehicle hesitating or surging at lower speeds or especially when you're slowing down your vehicle. The problem did not improve, and the dealership technicians mentioned that this should not happen with the 2015 Subaru Forester.

Unfortunately, when he took the vehicle to the dealership, the technician did not replicate the problem after a test drive.

The customer was not able to resolve the problem.

In this section, we will focus on some of the frequently asked questions about workforce tendencies are problems. Some of these questions are associated with the 2015 model year, while others target the entire Subaru Forster make.

According to the JD power reliability ranking, the 2015 Subaru Forester received a ranking of three out of five, which is considered above average.

Although every Forester will have its dedicated problems, the brand itself faced significant, consistent issues among all model years. These issues included engine failure, problems with the head gasket, excessive oil consumption, timing belt pulley failure, and rod knocking.

Yes, the 2015 Subaru Forester also had significant oil consumption problems, and it was the most reported problem by most customers. It seems like the problem was carried over from the previous model years and was not successfully resolved at the 2015 model year.

It's not rare for a 2015 Subaru Forester to last up to 300,000 miles. However, this number differs significantly depending on your driving style and how much you maintain your vehicle's regular maintenance.

The 2015 Subaru Forester is a great vehicle, especially for those who’re looking for a large cargo and cabin space. However, the vehicle suffered from a long list of problems you need to keep an eye for.

One of the biggest issues reported about the 2015 Subaru Forester has to do with excessive oil consumption carried from previous model years and was not successfully resulted in the 2015 model year.

Other problems are either related to the accessories, transmission, suspension system, or brake system.

Do you have a used 2015 Subaru Forster vehicle? Is it giving you a hard time and requires a lot of repair costs? How about selling this car for the top dollars?

Cash Cars Buyer will accept you are 2015 Subaru Forester despite its type of condition. We guarantee to buy your car even if it has major engine failure.

We will provide you with the top dollar by evaluating your car and comparing it to the most recent transactions around your area. The good thing about our company is that we provide free towing for all customers despite their living location around the United States.

As a 24-hour car removal company, we can come to your house and office and remove your vehicle within one to three days. We have service hours during weekends, evenings, and even the same day if that works for you.

To get more information about our company and our process, you can give us a call at 866-924-4608 or visit our home page click on the free instant online offer