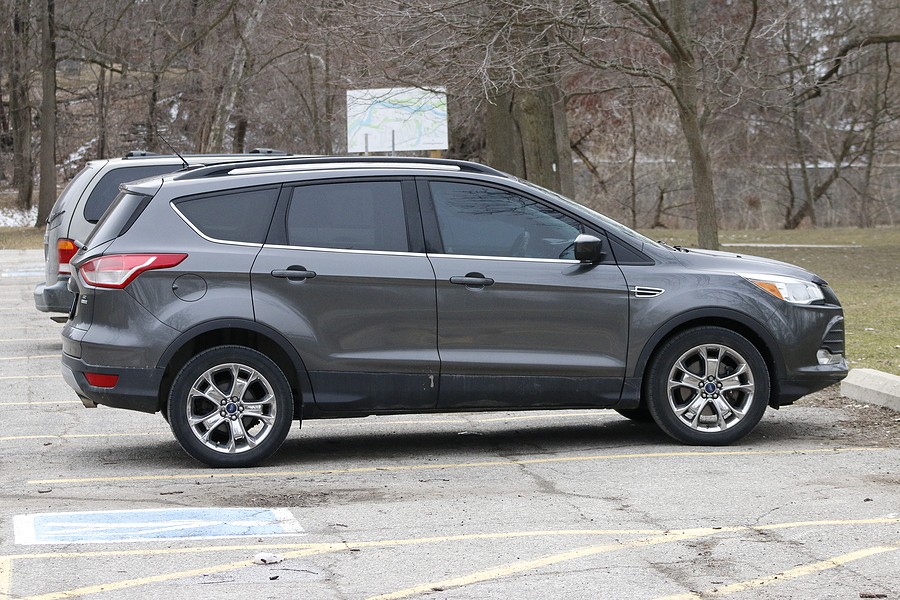 A good way to look at most reported problems for a certain vehicle is to review what customers have to say about their experience with this vehicle.

Luckily, some major platforms allow people to report complaints and reviews about the worst things they faced when driving this car. Some of these platforms allow for general review to highlight the pros and cons of certain vehicles.

In this article, we will provide you with an overview of the 2015 Ford Escape. Then, we will highlight the major reported problems with this vehicle. As we report the problems, we include any information related to repair costs and a rough estimate about At what mileage did this problem occur.

The 2015 Ford Escape was ranked as the second top in the 2015 affordable compact SUV category according to cars.usnews.com.

The vehicle was featured for many unique characteristics, including the beautiful interior, the great and smooth car handling, and the strong turbocharged engine.

With a strong engine, this vehicle achieves between 168 and 231 horsepower.

According to the JD power ranking criteria, the vehicle has a relatively good reliability ranking of four out of five. If you are not aware of the criteria yet, it involves several features that JD power analyzes and ranks the vehicle.

When it comes to the 2015 Ford Escape warranty, vehicles come with 36,000 miles or three-year bumper-to-bumper warranty. The vehicle also has an option of a 60,000 miles or five years powertrain warranty.

$3000 is a significant amount when it comes to any mechanical repairs. A lot of people ended up either replacing the transmission or getting rid of the vehicle itself.

Another group of customers reported issues with hard shifting at vehicles around 50,000 miles. To get the problem resolved, they had to either rebuild the engine, replace the torque converter, or install new solenoids and valves in the transmission.

Vehicle hesitating was also reported about the 2015 Ford Escape, and an occurred mostly around 60,000 miles. The problem was most likely related to the transmission as well.

One of the biggest complaints about the 2015 Ford Escape interior was that the seats were not comfortable. Other people reported issues with the CD player that was not working for some reason.

A couple of complaints were reported regarding seats breaking without any previous warning or any pressure.

Lastly, a couple of people also reported problems with the dashboard lights, which were flickering without an obvious reason.

The biggest concern about the internal problems is that they were reported at the early stages of this vehicle's lifetime, around 6000 miles.

It is not surprising to hear these complaints early because as you drive the vehicle for a long time, you might adjust to how the interior looks and feels. Thus, most people who just drove the vehicle indicated that the seats were not comfortable.

Who wants to deal with engine problems? Unfortunately, the third most reported problem about the 2015 Ford Escape was related to significant engine issues.

A couple of customers complained about the check engine lights frequently illuminating without any obvious reason.

Others mentioned that the vehicle might lose power as you're driving. Engine stalling and engine noise were also reported about the 2015 Ford Escape.

Although engine problems might sound scary to some people, most customers indicated that the problem was resolved for about $200 as they changed some of these small components like the fuel sensor.

Most of these engine issues occurred at around 50,000 miles.

The force the most reported problem about the 2015 Ford Escape was related to the steering system. Many customers complained about steering failure, clunking as the vehicle is driven at lower speeds, losing steering, and steering sticking during turning.

Luckily, most indicated repair costs were below $200. Keep in mind that not all customers mentioned the repair costs, which means that the $200 might not be the whole story.

No consistent trend was noticed at the mileage where electrical problems mostly occur. Some customers complained about their electrical system issue at around 50,000 miles, while others reported problems at around 600 miles.

Cooling system problems will also report it about the 2015 Ford Escape. Most of these problems were related to issues with the engine itself.

A couple of customers indicated a significant coolant leak from their vehicle into the engine block.

The customers did not provide information about the repair cost, but they mentioned that coolant leaking problems occurred most likely at around 75,000 miles.

Although not many complaints were reported about the 2015 Ford Escape windows, the very few complaints mentioned issues with windows exploding which is slightly scary.

Windows issues occurred at a relatively low mileage of as low as 300 miles and as high as 8000 miles.

What's look at what do Ford Escape owners say about their experience when driving the 2015 model year. We will focus these reviews on the problem's issues. This does not indicate that the 2015 Ford Escape doesn't have any great features; of course, the vehicle has many reported good reviews, but we would like to focus this section only on the reported reviews about complaints and problems.

The first customer lives in Canada, and he indicated that he experienced a terrible situation with his 2015 Ford Escape transmission.

As he was driving on the highway, his vehicle suddenly stopped moving and did not respond to any pressing on the gas pedal.

Luckily, the customer was alive, and he got to his vehicles at the nearest repair shop. He ended up paying about $2840 on a vehicle that he still owes about $120,000.

It seems like the second customer has her own experience with his vehicles. This was his third vehicle that needs to be replaced within only one week.

His 2015 Ford Escape suffered from 16 error codes related to the transmission. After the professional mechanic diagnosed the vehicle, he found that the transmission was already gone.

Unfortunately, the customer had to replace his automatic transmission at around 105,000 miles.

Another owner of 93,000 miles 2015 Ford Escape indicated issues with the transmission.

He purchased the vehicle with only 88,000 miles, and he mentioned that the car gave up on him after only one year of ownership.

As he was driving heading to Washington DC, he heard some loud whining noise coming from the engine.

Since the driver was not experienced enough with car issues, he did not pay a lot of attention to what's going on with the vehicle. After a short time, the whining noise became louder and deeper. That's when the driver took the vehicle to the nearest repair shop.

After a detailed inspection, the professional mechanic indicated that the vehicle is suffering from a significant transmission issue requiring installation in new parts.

Unfortunately, the driver could not get this to be covered by the insurance company and had to pay out of pocket.

The last complaint we would like to highlight here is more related to the engine. Although engine problems were not reported as much as transmission issues, it is very important to look at what people had to say about their experience with their engines of the 2015 Ford Escape.

This owner of 60,000 miles 2015 Ford Escape indicated that the check engine light frequently keeps illuminating without any clear reason.

When he took the vehicle to the repair shop, they mentioned that he needs to install a brand-new engine which costs about $9000.

This surprise to the driver made him ask why a relatively new vehicle would require a new engine when he took good care of it? The mechanic indicated that the vehicle was running overheating due to low fluid. The driver confirmed that he never drove the vehicle without proper fluids, and he maintained all necessary regular checkups and inspections of this vehicle.

Unfortunately, the driver still owes about $15,000 on this vehicle and could not afford to install a new engine for another $9000.

This customer ended up without replacing his engine, and he had to get rid of this vehicle.

The 2015 Ford Escape is an amazing vehicle. It has a relatively good reliability ranking of four out of five according to the JD power ranking.

Unfortunately, many reported complaints indicated significant issues with the 2015 Ford Escape transmission and engine and other complaints with minor parts.

High repair costs were reported, and many people gave up on their 2015 Ford Escape due to these major issues.

Cash Cars Buyer guarantees to buy you a 2015 Ford Escape despite any significant problem, whether these problems are related to the transmission, the engine, or any other component.

Cash Cars Buyer pays you the top dollars for your vehicle that it can make around your region. We provide free towing for all customers despite their living location around the United States.

Our process is very simple and includes the following three simple steps:

If you would like to hear more details about our company and about how our process works, you can always reach out to our customer service at 866-924-4608 or visit our home page click on the free instant online offer