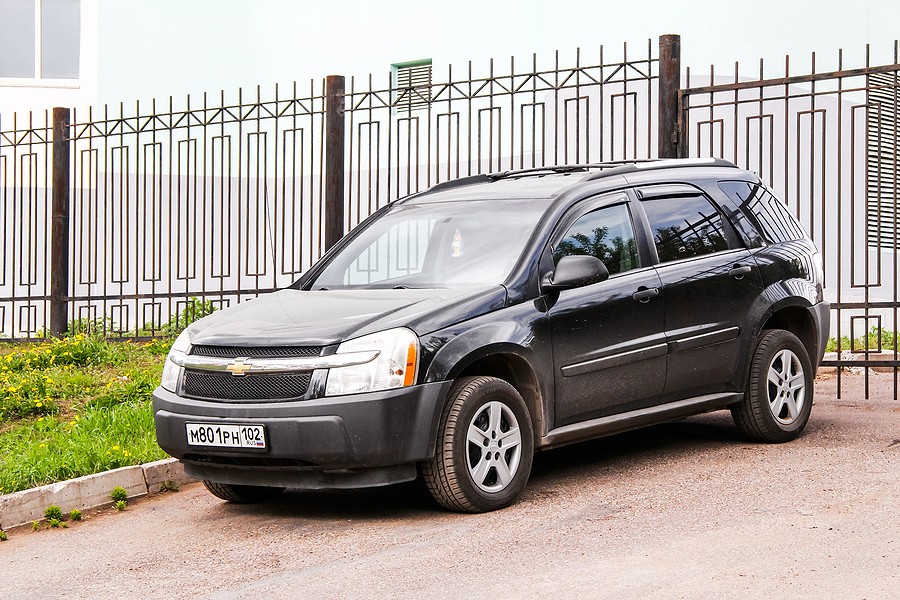 2015 Chevy Equinox problems were mostly related to the electrical system, the windows, the interior, the engine, the fuel system, and the body and paint.

There's nothing more useful than hearing about vehicle mechanical problems from real owners who experienced these problems and had to deal with them.

There are tons of available online platforms that allow previous owners to post complaints about their vehicles, focusing on certain problems. For instance, the 2015 Chevy Equinox received about 73 complaints were reported to carcomplaints.com, 51 reviews on edmunds.com, and about 1000 reviews on vehiclehistory.com.

Not all reviews are necessarily about vehicle problems but, certain websites are just focused on highlighting the major issues with these vehicles to help customers decide whether it's worth purchasing a certain vehicle or not.

This article is dedicated to focusing on highlighting the major problems that 2015 Chevy Equinox is suffering from. We will also bring the top reported reviews from real customers about their experience with this vehicle.

At the end of this article, we will answer some of the most frequently asked questions about this vehicle.

2015 Chevy Equinox was ranked as the 5th best 2015 affordable compact SUV's, according to the cars.usnews.com website. This website uses about 58 research items to analyze and rank all vehicles by year. The 2015 Chevy Equinox received a ranking of 8.2 out of 10.

The vehicle was featured for several amazing features: the strong V6 engine, the roomy huge seating spaces, the very smooth ride, and the top reliability ranking.

This vehicle seats about five people, and it achieves between 16 to 22 Miles on city roads and between 23 to 32 miles on the highways. The vehicle comes with either a four-wheel drive or an all-wheel-drive drivetrain. It also is equipped with horsepower that could get up to 301.

The 2015 Chevy Equinox manufacturer suggested retail price is about $17,400.

Now you have a good overview of the 2015 Chevy Equinox, let's like take a look below at the major reported problems about this vehicle.

Most customers complained about the electrical, windows, interior, engine, fuel system, and body and paint problems.

The most-reported complaints about this vehicle were mostly related to their electrical system. Several customers complained about the electrical battery dying, the electoral system shutting down, issues with the bad battery, alternator going out, etc.

While the reported complaints did not include any repair prices, most customers who reported the problem had vehicles around 30,000 miles. In general, most electrical problems were resolved by doing a software update.

In some scenarios, customers were not able to resolve the problem and did not mention any solution.

Following the electrical problems, a good number of complaints were received related to issues with the windows.

Customers complained that the wiper transmission broke suddenly. Others indicated an exploded tailgate window, and finally, a couple of complaints we received related to windshield cracking without any pressure.

Most windows problems were reported for vehicles around 70,000 miles, and repair costs were about $400.

In most scenarios, customers had to replace the part to get it to work, which makes sense because windows and glass items are not repairable, and in most scenarios, you need to install and no piece.

Surprisingly, most of these reported problems were associated with vehicles less than 10,000 miles, which indicates that it might occur early in your 2015 Chevy Equinox lifetime.

Luckily, not a lot of complaints were received regarding major problems with the engine or the transmission. As we all know, engine problems can be extremely costly.

However, the vehicle did receive a couple of complaints about the vehicle dying during driving, some instances of engine overheating, and issues with the rough idling.

There wasn't any consistency in the mileage where these engine problems occurred. For instance, a couple of people reported issues with the engine at 100,000 miles, while others reported it at about 11,000 miles.

It is not surprising to hear about engine problems after 100,000 miles because the vehicle gets to a point where it is acceptable to significant damages.

However, it is a little concerning to hear engine problems occurring at around 11,000 miles.

Fuel system issues were also reported about the 2015 Chevy Equinox. A couple of people indicated that their vehicle's accelerator stuck, they've experienced some fuel line leaks at around 30,000 miles, and the fuel tube had some defect issues.

The last problem we would like to highlight here about the 2015 Chevy Equinox is related to the body and paint. A couple of reported complaints indicated that the paint like Lake off by itself. Some people even mentioned seeing significant rusting on the vehicles external.

Most of these problems occurred at around 40,000 miles, and reported complaints did not indicate information about repair costs.

As we promised at the beginning of this article, we will provide you with some snippets from the top reported complaints about this vehicle on larger platforms like carcomplaints.com.

Let's look at what these customers have to say about their experience with the 2015 Chevy Equinox:

The first customer reported several issues about his 2015 Chevy Equinox. These issues occurred mostly around the winter. But not summer.

He indicated that his vehicle suffers from a battery, frequently dying every time he starts his vehicle.

Unfortunately, his battery is around one year old only, and it suffers these major problems.

The customer had to use jump cables or the time, and he's planning to upgrade his vehicle as the winter was approaching.

The second customer also reported issues with his vehicle's battery. He indicated that his battery dies every time he leaves it parked overnight or for a long time.

He tried a couple of options to get the problem resolved. He first replaced the battery itself, dead some diagnostics to look for any problems with the door switch, thinking that it is causing the problem because it doesn't close overnight.

He ended up paying about $700.00 without resolving the problem. In the end, he realized that the radio stays on every time he calls the vehicle, even when the key is not in the ignition.

At this point, he suspects that the problem is coming from the ignition switch itself, but he is not able to afford to replace it. The vehicle does not have any insurance coverage to take care of all these issues.

The third customer also had problems with a dead battery. He indicated that every time he tries to turn on the engine, it takes a long time before cranking.

After taking this vehicle to the dealership, they indicated that the battery was near dead. Therefore, they decided to replace it.

Once the battery was replaced, the engine turned on immediately, and he could drive back home.

After driving about 25 miles, the vehicle returned to have significant engine problems not turning on.

The driver did not mention any solution, and he indicated that he is planning to go to the dealership the next week.

The Last customer also mentioned significant problems with his vehicle's battery. He indicated that his vehicle was relatively new, and at about 500 miles, it suffered issues with the battery draining because of the radio not turning off.

He tried turning on and off the vehicle and ended up with a blank screen indicating that the radio is not working. The radio did not display any stations, and he was not able to control this.

Surprisingly, such problems occurred at a relatively early stage of the vehicle's life. Unfortunately, the customer mentioned that he would not buy another Equinox again.

Let's look at some of the FAQs about the 2015 Chevy Equinox. Some of these questions might be related to that entire Chevy Equinox make, while others are more specified and focused on this model year.

The Chevy Equinox was reported to have significant problems in oil consumption. However, this problem was not reported much in the 2015 model year.

Excessive oil consumption occurs mostly at around 16,000 miles, and it required about $3000.00 of average repair costs. The 2013 model year was the most affected by this overconsumption of oil.

According to the JD power reliability rating, the 2015 Equinox has the top reliability, indicating that it received about five out of five scores.

A high-reliability rating is a great feature of any vehicle, which indicates that you can safely buy this car without worrying about future problems that might cost you a lot of money. This, however, does not mean that the vehicle will not have any problems; it will still have minor issues that any vehicle will have as it ages.

Although the common problems depend heavily on the vehicle's year, in general, Chevy Equinox suffered from the following major problems:

According to multiple automotive experts, the 2015 Chevy Equinox is a great vehicle and has the top reliability rating.

Still, the vehicle suffered from a couple of problems related to the electrical system, windows, interior, engine, fuel system, etc. Most of these problems were not significant and did not affect the overall reliability of this vehicle.

If you're suffering from significant issues with your 2015 Chevy Equinox, it might be the right time now to select and use its payment towards your better vehicle.

You probably got involved in a car accident, or your vehicle got damaged in flood; there will always be someone interested in buying it.

Did you know that Cash Cars Buyer accepts all vehicles despite their type or condition? Yes! We guarantee to buy your car no matter what.

Our company pays you the top dollars for your vehicle and will tow it for free.

Our process is very simple. We will need you to give us a call describing your vehicle's type and condition. Then, we will provide you with an instant offer reflecting the maximum money your vehicle can make around your region.

Once we give you the offer, we ask you to review it and accept it. At the end, we move forward with scheduling a pickup time and location to remove your car within one to three days and handle the cash payment immediately on the spot.

To get more information about our company and our process, you can give us a call at 866-924-4608 or visit our home page click on the free instant online offer