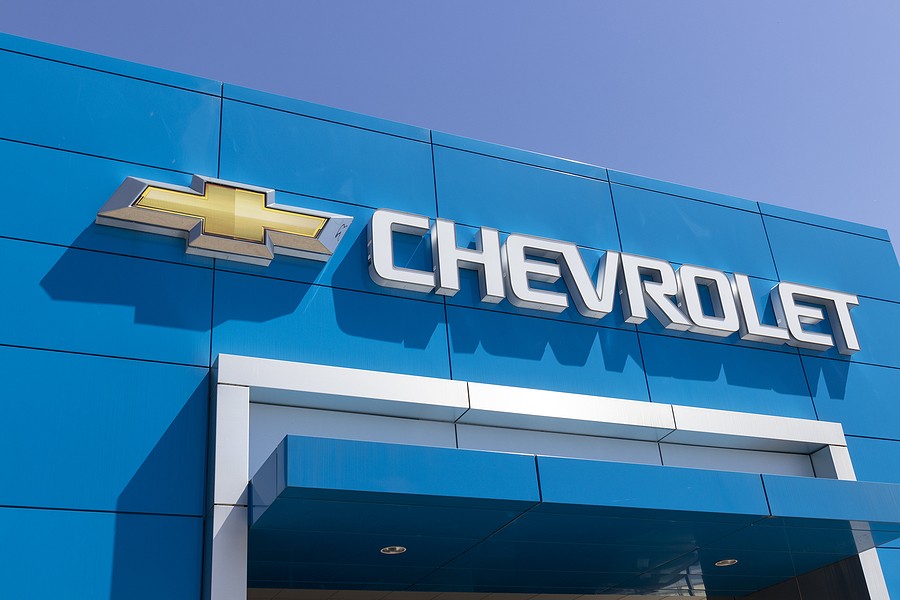 2015 Chevy Corvette transmission problems pervade the list of its issues in many Consumer Review websites such as Consumer Reports, Carcomplaints.com, etc. It includes defective torque converters causing vibrating or shaking issues, hard shifts, and other problems like overheating issues, leaks, and others that are software-related.

In one car owners’ website, it stated that 25% of the repairs done for the 2015 Chevy Corvette are due to its transmission. On this website, we will discuss what exactly those problems are and what is being done about them.

2015 Chevy Corvette Transmission Problems: What are the Configurations?

The 2015 Chevy Corvette is a front-engine luxury sports car that is available in two main configurations. First, is the base Stingray, with a naturally aspirated 6.2-liter V8 engine, producing 455 to 460 horsepower, and secondly, the high-performance Z06, with a supercharged 6.2-liter V8, making a supercar-like 650 hp.

Each version comes in three trim levels: 1LT, 2LT, and 3LT for the Stingray, and 1LZ, 2LZ, and 3LZ for the Z06. These trims are distinguished by their technological and safety features. Magnetic Selective Ride Control is standard on the Z06 and optional on the Stingray. It allows you to adjust the suspension for different road conditions. This Chevrolet with its drive mode selector lets you choose between five modes for adjusting steering effort, throttle, and suspension.

The car is equipped with rear-wheel drive as standard. A seven-speed manual transmission is standard, and an eight-speed automatic transmission is available across the board. Every trim level excels in acceleration, with properly equipped Z06 models sprinting from zero to 60 mph in under three seconds.

The owners have said they have experienced the following:

Owner 1 – Torque converter issues as it causes vibration so it was replaced.

Owner 2 with 6.2-L V8 engine experienced shuttering and/or vibration at constant speeds between 50 and 65 mph. Chevrolet was said to assure two service bulletins.

Owner 5 with Chevrolet Corvette Z51 6.2-L V8 also had problems with vehicle lugging at speeds below 50. So he or she took 2 separate visits to the dealer. It took a total of 10 days without a vehicle before Chevrolet finally decided to replace the torque converter under warranty.

A few more other owners of the Z51 6.2-L V8 reported they needed to have their torque converter replaced as it caused vibration.

Other owners of the said 2015 Chevy model reported issues with their gear selector or linkage, leaks, transmission computer, transmission sensor or solenoid and clutch adjustment. They said to have experienced rough shifting and slipping transmission.

Owner 7 with the LT 6.2-L V8 experienced rough shifting, feeling the car surge at about 40 miles per hour, although the car's cruise control was set at 49 miles per hour. RPM went up and down by about 200 RPMs on an even road.

Owner 8 with Chevrolet Corvette LT 6.2-L V8 experienced a minor issue, which was corrected under the factory service program.

Owner 10 of an LT 6.2-L V8 model experienced car vibration to the point of needing to slow down. Chevrolet recommended transmission fluid replacement. It was done twice using heavier fluid. The problem became better but was still not fixed to the owner’s satisfaction. Chevrolet reportedly said it was the best they could do.

Owner 12 with the LT model experienced rough shifting. GM recommended to replace the transmission fluid for three times. Again it became better but not totally correct at the time. The owner was told by the dealership they will not rebuild the transmission unless it has a total failure.

Owner 13 with the same model experienced slipping transmission and was told the same advice to flush the transmission three times with an upgraded fluid – an expensive process that was not covered under the drivetrain warranty because the fix is a fluid.

Owner 14 with again an LT 6.2L V8 reported experiencing a rough ride at speed between 40-65 mph. The tachometer was reported to have shown “rpm unsteady.” The car was taken to a dealership and transmission fluid was replaced. Fortunately, the issue was resolved.

Owner 15 with a Z51 6.2-L V8 reported noticing the automatic transmission slipping. The problem was repaired under warranty and the owner has not had a problem since.

Owner 16, who has the same model reported having problems with the transmission computer but the problem is not consistent. It was not completely resolved either.

Owner 17’s 2015 Chevy Corvette transmission problem is that the, “overheating chimes resulted in limp to dealer mode until cooled off then resumed normal operation until the next overheating cycle” Vehicle was a Z06 6.2-L V8 supercharged.

Owner 18 with a Z51 reported transmission leaks and needed to have the front Transmission seal replaced. The issue was replaced under warranty and fortunately, the vehicle has not had the issue since.

Owner 19 experienced shake and/or shudder during light throttle acceleration from 25 and 80 mph (40 and 128 km/H) on steady-state driving when the transmission is not actively shifting gears.  The experience was said to be similar to driving over rumble strips or a concrete road surface that has rough expansion joints. The warranty was expired and the owner had to pay out of pocket.

Owner 20 experienced pulling into traffic on a city street twice. It was reported that making the shift when the transmission is cold into the second gear from the first gear is nearly impossible. Several times the owner pulled into traffic and couldn't shift it into 2nd gear.

When the car has to slow down due to the oncoming traffic, and he or she has to slow down, even more, to get back into first gear. The issue is normal, according to the local dealership, but the owner has to disagree as it is a safety issue. To be able to save his/her life, the owner had to rev the engine higher and shift into third gear right away.

The 2015 Chevy Corvette transmission problems are indeed common on its 8-speed automatic transmission torque converter. Cars start to run jerky and rpms fluctuate without a reason most especially at highway speeds when fully warmed up. Many owners would describe it as driving on a washboard dirt road. There was a delay after shifting into drive after a cold start and after a few seconds after engaging, it would do so violently and the car lurched forward suddenly.

Known problems with the 2015 Chevy Corvette are defective torque converters with the owner having to replace it even for the third time and yet after over a thousand miles the symptoms return again.

Dealers have reported that Chevrolet and GM have actually ordered a stop on replacing the torque converters since no fix was available. As mentioned above GM has advised to drain and flush tranny instead. Some know for a fact to refill it with mobil1 transmission fluid and it works for a little longer. But has proven worrisome because in the future service, a technician or a second owner who has no idea will most likely refill with GM fluid, and not mobil1. And again the mobil1 fix can still be considered merely a bandaid fix as again this doesn’t fully fix the issue.

Thousands of 2015, as well as 2016 Chevrolet Corvette C7 Stingray and C7 Z06, were reported to have defective 8L90 8-speed automatic transmission. Overall, owners have experienced overheating issues, a variety of leaks, failing flex plates, and software-related issues as well.

According to an article at CorvetteBlogger.com a  class-action lawsuit has already been filed against GM over the alleged defects with its 8-Speed Automatic transmission. Other vehicles that are affected by this as well are the 2016-2019 Corvettes and the following:

The consumer reported shuddering and jerking problems related to issues within the transmission and possibly the torque converter. These internal problems, according to the class-action lawsuit, will cause “undue friction” and cause the hydraulic systems and gears to malfunction. Metal shavings circulate during the transmission as a result of this.

Because of the metal shavings, some customers claimed that their transmissions needed to be flushed. As a result of the alleged defect, other drivers had to replace their transmission, torque converter, or valve body. GM has already released 13 technical service bulletins regarding shifting issues, but according to the lawsuit, none of the solutions have resolved the problem.

In 2019 five separate class-action lawsuits have already been filed against General Motors in Michigan over the alleged defects with the eight-speed automatic transmission according to carcomplaints.com. Judge David M. Lawson, who presided over the case, dismissed all plaintiffs' claims for implied warranties based on the laws of Alabama, Arizona, Connecticut, Idaho, Kentucky, North Carolina, Tennessee, Washington, and Wisconsin. Another claim under the Colorado Consumer Protection Act involving class-wide monetary damages for a single plaintiff was also dismissed.

GM has asserted that these claims should be dismissed because the company's express warranty only covers defects in materials and workmanship, not design flaws. The lawsuits claim that these issues affect all 8L45E and 8L90E transmissions, implying that the issues are caused by a design flaw, rather than a manufacturing defect, according to the automaker.

Other charges in the lawsuit will be allowed to proceed, including some implied warranty claims, according to Judge Lawson. The judge also acknowledged that the plaintiffs' allegations could be related to either materials/workmanship defects or design flaws. He also did not dismiss claims that GM was aware of problems with the eight-speed transmission before it was installed in the affected vehicles.

Judge Lawson said: “Plausible inferences may be drawn that GM had substantial knowledge about the looming problems with its new transmissions before any of the plaintiffs’ purchases were made.” The latest update at Class Action.org last October 2, 2020 states that the case is still in progress. The proposed class-action lawsuits continue to go through the motions.

The 2015 Chevy Corvette transmission problems are part of the infamous “Chevy Shake” where faulty transmissions cause shake as the driver shifts gears. A problem also found on several other GM vehicles. The shake makes the vehicles not only uncomfortable but also dangerous to drive. Drivers reported the shake was harsh enough to cause them to believe the vehicle has been struck.

It is not totally wrong to say that the 2015 Chevy Corvette is a great car, with great reviews and tagged by Edmunds as one of the world's best performance-car bargains. But before buying one just make sure to be fully informed of problems you may encounter especially when it comes to transmission. You will still want to weigh the wins and losses when it comes to choosing this model as your next car.