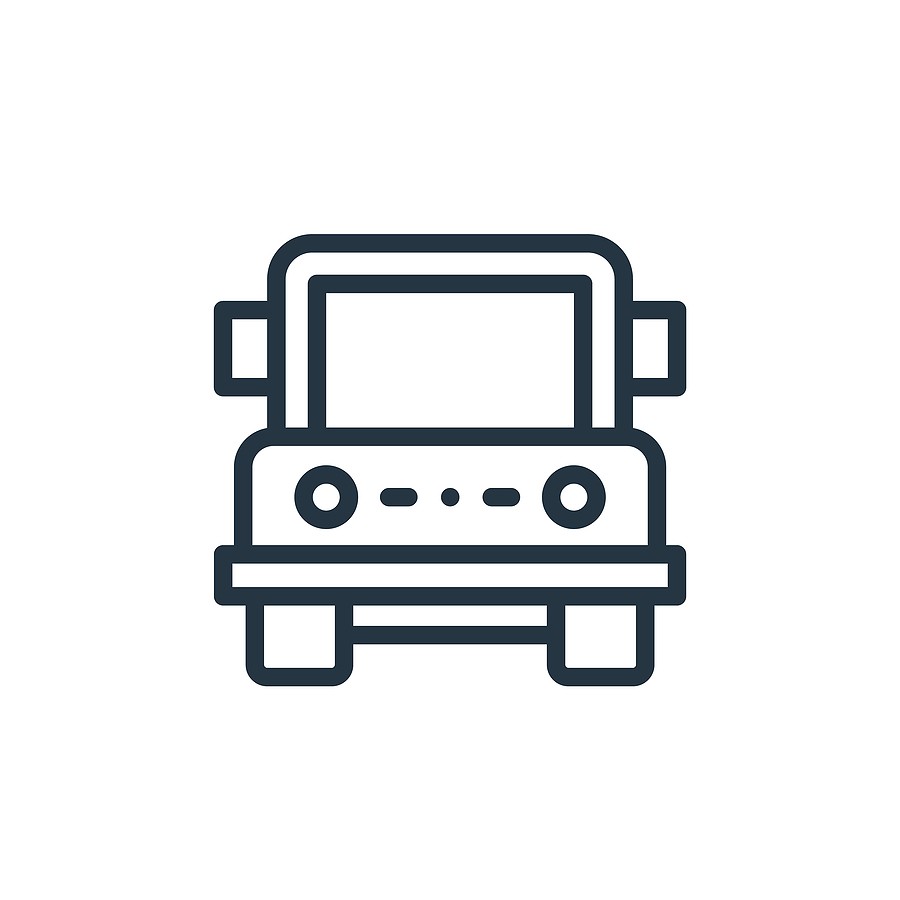 Driving a used car is a great option, but drivers need to know the risks in purchasing a used vehicle, especially a 2014 Jeep Patriot. It has several problems including transmission and electrical system issues. Over time, it may be better to send the car to a junkyard instead of making the repairs.

While the 2014 Jeep Patriot has only had a couple of recalls throughout the years, it has numerous issues including transmission issues, electrical system issues, and body and paint issues. These are serious repairs and if not made, jeopardize your safety and the safety of others.

Jeep created the Patriot in 2007 as a response to customer demand for a compact SUV. It was a solution that was less expensive and got better gas mileage than its competitors. It seemed good until frequent breakdowns occurred.

This article outlines common problems that occurred in the 2014 Jeep Patriot with its applicable repair cost given today’s pricing. Keep in mind this is simply an estimate and that prices vary depending on location and variances in models.

Before the change to a non-CVT transmission, the cars were breaking down due to transmission problems. Drivers experienced a whining sound, then a sudden loss of power, and the transmission light came on. This situation is dangerous for any driver, particularly if the trip is uphill.

If your 2014 Jeep Patriot exhibits any of the following symptoms, have it checked by a certified mechanic immediately:

The symptoms indicate that there is a problem with the transmission that must be addressed as soon as possible. Realistically, the car is not safe and road ready unless the transmission is in working order. If not, the car could stop working in the middle of traffic or roll backwards down a hill.

There are several electrical system issues for the 2014 Jeep Patriot.

The first complaint many drivers reported was that the engine would not start or turn over. This occurred at a low mileage of around 40,000 miles. This was often attributed to the vehicle’s communication platform called Uconnect. The repair averages around $300.

This could be considered a major red flag. Most vehicles operate like new around 40,000 miles – they don’t typically fail to start up. In Chicago’s frozen months, nobody wants to deal with a car that won’t turn over.

The second complaint relates to throttle control and engine stability lights. Similar to the first complaint, this problem occurred at a low mileage of around 50,000 miles. This was fixed by replacing the throttle body, which costs between $400 and $1,500 to repair.

Additionally, customers complained about the Totally Integrated Power Module or TIPM. The TIPM contains an internal fuel pump which, if damaged, could cause the engine to stall while driving or crash without warning. This is a serious issue but luckily the repair is fairly inexpensive from $100 to $500.

Finally, several customers complained that the vehicle shut down while driving. This issue could relate to either TIPM or the throttle body.

All of the aforementioned complaints occurred from 40,000 miles to 50,000 miles. Overall, they are fairly inexpensive to repair but could cause serious damage if left alone.

At the end of the day, that’s a long list and the dollar signs should catch your attention if you’re currently driving or thinking about purchasing a 2014 Jeep Patriot. The car looks cool and is roomy, but the problems under the hood may negate those perks pretty quickly.

The 2014 Jeep Patriot also has had body and paint problems.

These problems varied from paint bubbling to water leaking into the interior, misalignment of the car doors, or vibrating when the driver’s side window was open. Misaligned doors could be unsightly at best and dangerous at worst. Leaks could lead to mold. That costs this vehicle major points in our book.

It really doesn’t bother some people to drive a car covered in rust, dings, dents, and chipped paint. Other people would never! The former group of car owners is reminded that the car’s exterior provides a protective shell for what’s underneath.

Letting the car be eaten away by the elements could come back to haunt you.

Drivers complained that water leaking into the interior came from a variety of locations including the center console and dome light. Not only do these repairs require meticulous care, but they can also be very expensive depending on severity, parts, and labor. Water and electric never mix.

Similarly, aligning and replacing car doors is a difficult job. This should be left to a mechanic. The cost of this repair is difficult to estimate due to how much of the door needs to be replaced and how many doors need to be replaced. This ranges from $100 to $2,000.

These costly repairs could mean a 2014 Jeep Patriot is more suited for the junkyard than the classified ads.

The 2014 Jeep Patriot has had two major recalls throughout the years:

The consequences of these issues were high-risk and included an increased risk of crashing and injuries. For this reason, the manufacturer was responsible for issuing recall notices and completing the repair.

If you’re not sure if the recall repair has been completed, talk to a mechanic or check in with the car dealership. They may be able to check the car’s VIN (Vehicle Identification Number) against a database to find out what recalls have been done in the past.

Summary: If you are the owner of a 2014 Jeep Patriot or simply interested in knowing more about the recalls, contact your local Chrysler dealer for more information.

The 2014 Jeep Patriot is a fairly safe and reliable car.

The Jeep Patriot is a compact SUV that comes in a variety of engine sizes with either front-wheel-drive or all-wheel-drive. It also has numerous transmission options. This made it attractive to smaller families or those driving in harsh environments.

People like it because it is a smaller SUV yet dependable as a daily driver. The upgrade options are endless, making it striking for mechanics or car hobbyists.

That being said, we’ve outlined a slew of moderate repairs that could run the driver a pretty penny and fast. If you don’t have the time and money to play with fixing up this car, then look for a different ride.

If a 2014 Jeep Patriot is regularly maintained it will get about 24 MPG in cities and up to 28 MPG on the highway. Considering it is an SUV, this is pretty good!

However, if the Jeep Patriot has a problem with the TIPM and the internal fuel pump is affected, it could also affect MPG. With the high cost of gas, this is troubling.

Jeep models are famously known for their durability. The 2014 Jeep Patriot could last for up to 200,000 miles if not more. If maintained properly, the MPG is good, but MPG typically declines as the car ages.

How Many Miles Can a 2014 Jeep Patriot Be Driven?

Used car buyers are often very interested in the current mileage of the vehicle and how long it lasts; this is no different for buyers looking to purchase a 2014 Jeep Patriot. It’s also important to consider when deciding between repairing the vehicle or sending it to the junkyard.

Some cars are ready to depart for the junkyard before others due to numerous repairs or recalls. Sometimes, the owner simply does not want to invest in the repairs; it’s much easier to give the problem to the junkyard than deal with it yourself.

If regular maintenance is done and all necessary recalls are repaired, a 2014 Jeep Patriot should last at least 200,000 miles.

While there is some risk in buying a 2014 Jeep Patriot, it is lower than other models, especially if the owner is upfront about how the car has been maintained.

The cost of a used 2014 Jeep Patriot is dependent on many factors including how the car was maintained, what type of drive and engine it has, and any upgrades made to the vehicle. If the vehicle is lower in mileage and has is in pristine condition, be prepared to spend more.

When the 2014 Jeep Patriot first went on the market, buyers paid around $17,000 for the four-wheel-drive version.

Jeep models are reliable and tend to last over 200,000 miles, so the better the condition and lower the mileage, the more the car will cost. Find yourself a reliable mechanic, and you won’t go wrong.

What Makes the 2014 Jeep Patriot Great?

The 2014 Jeep Patriot makes drivers happy especially if they live in an area where inclement weather is a regular occurrence. Not only is it a visually appealing compact car, but it can also go many places other vehicles can’t due to four-wheel drive.

All drivers experience car issues and repairs at some point during the ownership, but if you are the owner of a 2014 Jeep Patriot, this article may have you worried. While paint bubbling is not that serious of an issue, transmission failure is.

If your 2014 Jeep Patriot is showing signs it needs repairs, you have a decision to make.

If you can afford the repairs and the car is worth the investment; take it to a mechanic. Ask them to inspect the entire vehicle, needed repairs, and approximate costs. Making these repairs before complete engine or transmission failure will give you peace of mind and could help the car last longer.

If you can’t afford the repairs or the car simply isn’t worth the investment, send it to a junkyard. If you can safely drive the car, go for it, but if not, call for a tow truck. Once there, discuss the details with the junkyard and receive your cash payment.

Only you can decide what is best for you. Being proactive means more options instead of being stranded on the side of the road with a dead vehicle.