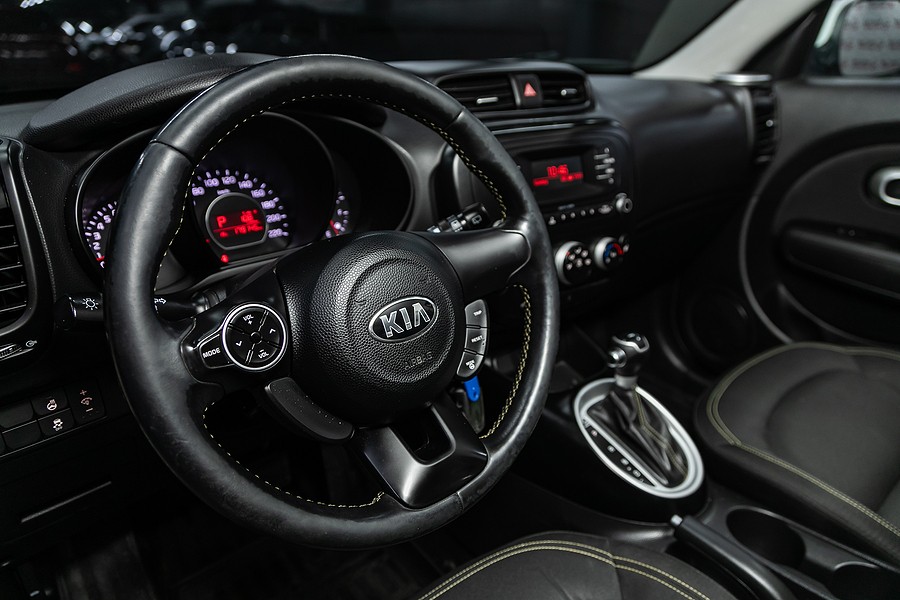 Most 2013 Kia Soul problems are related to the engine, electrical system, steering, brakes, fuel system, and interior. Although the reported problems require high repair costs in some cases, this vehicle did not receive a high number of reported complaints.

In this article, we provide a quick overview of the 2013 Kia Soul vehicle characteristics. Then, we provide a detailed summary of the most reported complaints about this vehicle. In summary, we highlight the problem, the suggested repair options and repair costs, and the mileage at which the problem occurred.

In this section, we provide a quick overview of the most characteristics of the 2013 Kia Soul.

The 2013 Kia Soul comes with either a 1.6 L or 2.0 L four-cylinder engine. This engine is associated with either a six-speed manual or automatic transmission. This car comes with about 12.7 gallons of fuel tank capacity.

Engine problems are one of the hardest types of problems that any driver doesn't want to hear about. This is because these problems usually require high repair costs, and they need a certain level of mechanical skillset to be fixed. Even if you are an experienced mechanic, you might not be able to resolve engine problems without the necessary tools.

Unfortunately, the most reported problem with the 2013 Kia Soul has to do with the engine. More specifically, several owners reported complaints about their engine's ticking, failing, or running rough.

The majority of reported engine complaints indicated hearing weird noises like ticking. Engine ticking was followed by a complete engine shut down and required a full engine replacement to get resolved. The Average reported repair cost was about $4,100, and the problem occurred mostly at vehicles around 104,000.

Other owners reported a complete engine failure without any warning signs. Engine failure happened mostly before even starting the vehicles. Unfortunately, the problem was resolved by installing a new engine for about $5,000. The problem occurred mostly at vehicles around 71,000 miles.

The last reported problem with this vehicle's engine indicated engine running rough when idle. The owners mentioned that the problem was related to the engine carboned up and needed to be cleaned. It is important to note that a couple of owners were not able to cover this problem under the extended warranty for some reason. The Carboned engine occurred mostly at vehicles around 27,000 miles.

Electrical system problems were the second most reported about the 2013 Kia Soul. Most of these problems had to do with the battery, the brake light, the plastic coating of the wires, and the pressure warning light.

A couple of owners of 49,000 miles vehicles reported frequent dead battery despite the regular maintenance of their vehicles. The problem was very severe and forced the owners to keep a jumper in their car as they had to use it even if they left the car for a couple of minutes. The complaint did not include information about repair options or repair costs; however, it was described as “Pretty Bad.”

Other owners reported frequent issues with the brake's lights in their 75,000 miles 2013 Kia Soul vehicles. The problem was resolved by replacing the bulbs for about $40, on average. The problem was described as “Really Awful.”

An interesting problem was reported about animals eating the vehicle's wires. Two owners reported having unexpected issues with their vehicles due to animals eating the wires because they are soy-based. The problem was resolved by rewiring the vehicle for about $410. The wiring issue did not occur one time; it occurred several times in a row and costed the owner's continuous repair money. This issue was reported mostly by vehicles around 34,000 miles.

Steering problems were also reported about ten 2013 Kia Soul vehicles. The only reported problem had to do with hearing some clunking noise coming from the steering when turning. The problem was resolved either by replacing the coupler, or the steering column. The average repair cost to resolve the clunking problem was about $560, and the problem occurred mostly at vehicles around 59,000 miles.

Brakes problems were not reported as frequent as the previously listed problems. Only five owners had issues with their brakes.

Some of the owners indicated that their brakes are very sensitive and over-respond whenever they hit them. The problem was associated with rear brakes wearing before the front, which was very weird. The problem was resolved by replacing the brakes for $480. Brakes problems occurred mostly at vehicles around 22,000 miles.

Brakes grinding was also reported about a couple of 1,000 miles 2013 Kia Soul vehicles. Grinding issues prevented the owners from slowing down at the right time and was described as very dangerous and could cause safety issues. To get rid of the problem, the owners had to replace the brakes for about $160.

The only reported fuel system problem about this vehicle was related to the poor mileage. Interestingly, the problem was mostly reported about newer vehicles around 6,000 miles. The owners mentioned that the vehicle doesn't get more than 20 miles per gallon with a 12-gallon tank. Owners did not include information about repair options or repair costs.

Suspension problems were reported only two times about the 2013 Kia Soul. One complaint came from an owner of an 18,000 miles vehicle. He mentioned that his vehicle has lousy traction when driving in snow days. To make things work, the driver had to put a 160 lb lifter in the back of his car. This issue caused significant damages to the vehicle and required about $1,500 on repair costs.

In this section, we included information about what current owners think of the 2013 Kia Soul.

The first owner reported a complaint to carcomplaints.com: “Yes, my 2013 kia soul had engine problems so I took it to have a tune up done. Then 3 weeks later on Thanksgiving Day was going to dinner and it gets to knocking so bad that I stopped on the Interstate and called a tow truck. I had them take it to the nearest dealership. The next Monday I was told that I needed a new engine that my lower differential was full of metal shavings So they found me an engine to replace mine. Gave me a 12,000 mile warranty on it at a cost of $4100 counting the labor. Then a few months later they send out a letter for a recall on the catalytic converters with a list of all the same signs my engine had I was told I would be receiving a refund for the work that I had done so after a few months I received a letter that because the converters were not inspected now I will not be getting a refund. Just wondering if anyone else had came across this same situation?”

The second owner reported a problem to Edmunds.com: “Nothing but problems. Kia difficult to deal with. Gas mileage is not as promised Gas gauge has too much float Head unit quit working, been replaced Wheel speed sensor almost killed me and a friend throwing my car into limp mode. Ignition switch shorted out and had to be replaced. Radio cutting out. Again. Lights and wipers cut out. Oh did I mention the horrible shake, hard shift, failure to downshift?”

The third owner reported a problem to vehiclehistory.com “I like that it is very roomy and can fit into small places and the base. But the factory tires are terrible. I slide in the snow and rain. Gets stuck in mud easily. The hatch latch will not stay larges at all times. I have to push and hold the latch closed then lock it to make sure it locks or the lights stay on and kills the battery.”

In this section, we answer the most frequently asked questions about the 2013 Kia Soul.

According to nhtsa.gov, Kia had recalled a specific list of 2013 vehicles that were made between 1/8/2009 and 10/2/2013. These vehicles had issues with the sunroof and the headliner. They mentioned that the headliner plate could get separated from the curtain airbag.

According to J.D. Power, the 2013 Kia has an “above average” reliability score of 3.5. This indicates that the 2013 Kia Soul is a good vehicle. However, deciding whether this vehicle is good for you or not depends on your goals, lifestyle, and driving style. For instance, if you prefer a vehicle with a lot of room, Kia would be a good choice. However, it is important to keep in mind that the 2013 Kia Soul has a low safety score, and the transmission might hesitate when shifting.

Luckily, the new 2013 Kia Soul came with a long list of features, including Bluetooth. So, Yes, 2013 Kai Soul has a Bluetooth.

As we mentioned earlier, the goal of this article was to help new shoppers make an informed decision about whether to buy the 2013 Kia Soul or not. Now, with this overview of the vehicle's most reported problems, the current shoppers know what exactly to look for and check, especially if they are buying used vehicles.

The article also helps current owners be prepared for the different types of mechanical problems they will face and at which mileage. This way, they can make an informed decision about whether to keep their vehicles or not, especially if repair costs got close to the actual value of the vehicle.

If you got to a point where the repair costs are closer to the value of the vehicle, you might need to consider selling your vehicle as junk. Luckily, we can assist you.

Cash Car Buyer is one of the top-rated junk car removal companies in the area. We buy all vehicles despite their type or condition; we guarantee to buy your vehicle because of every car worth something for us.

All that you need to do is to give us a call, receive our instant quote, get your vehicle removed within one to three days, receive your cash payment right on the spot. As a 24-hour junk car removal company, we have options to pick up your vehicle during the weekends or evenings.