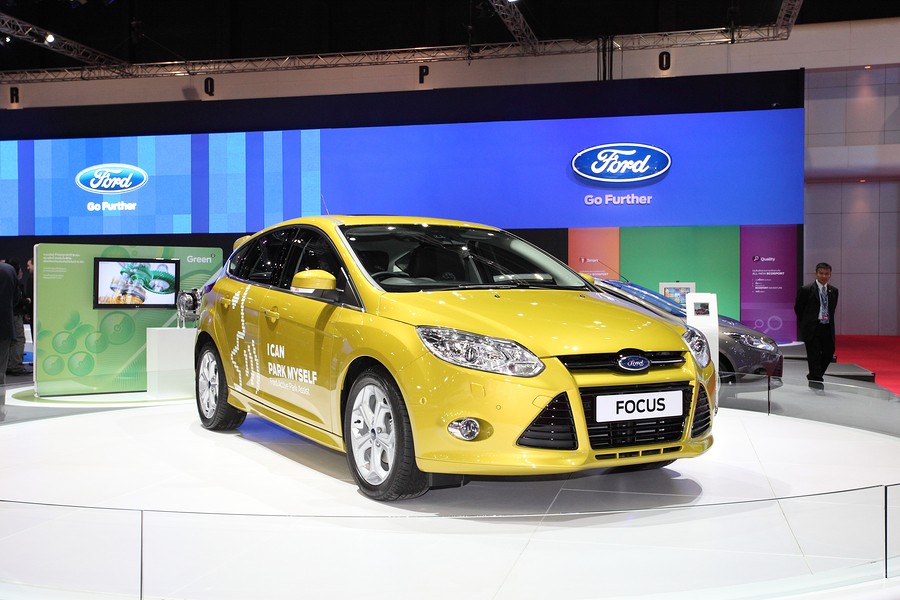 Ford Motor Company is a multinational automaker that is centered in Michigan, just outside of Detroit. The company is well-known around the globe for selling automobiles and commercial vehicles. It is also in charge of selling luxury cars under the Lincoln brand. Ford has created numerous cars over the years that are highly popular and used around the world.

An auto recall happens when a manufacturer, or the NHTSA, determines that a car model, such as the 2013 Ford Focus, has s safety-related defect. This defect prevents it from complying with the federal safety standards set forth. If this happens, the automaker has to alert owners of the problem and offer a free repair to gain a solution.

However, the Ford Focus line of cars isn’t the most successful make and model of the Ford brand. The Focus is a compact car that was first released in 1998 in Europe. Since then, they have produced a new model every year. Unfortunately, the 2013 Ford Focus underwent numerous recalls and has been an unsafe make and model to purchase for any car owner.

History of the Ford Focus

The Ford Focus was first created in 1998 and released in Europe. The Focus came after the Ford Escort, and began with North American sales in 1999. The first generation came to America in the 2000 model year, undergoing some changes from the previously released European version. The car was launched as a three-door hatchback, four-door sedan, and five-door station wagon. The five-door hatchback debuted a few years later in 2001.

In 2002, Ford launched a high-performing vehicle of the same model, the Focus RS. it came with a 2-liter engine, a limited-slip differential, Brembo brakes, and other performance changes. The Brembo brakes were from the aptly-named Italian car company known for creating performance and luxury vehicles. Most of the components on this model were revised and upgraded from the previous years.

The second generation came to be in 2004. It was launched in September of the same year in Paris, and debuted as a 3 and 5-door hatchback. The basic suspension was widely unchanged from the previous years. The Ford body shell had a 10% stiffer construction, and offered a better ride according to Ford – although critics claimed that the car lacked the handling capacity it previously did.

In 2007 and 2008, the Ford Focus saw a slightly changed version, with a new design apparent. Major changes included a new bonnet, removal of moldings along with the doors and sides of the vehicle, new pull-back headlights, and a bigger lower grille.

By 2009, the Ford RS was launched, using a modified version of the ST engine, the 2.5-liter engine.

In 2011, the third generation was born. Ford released an Mk3 worldwide, combining the North American and international models into one. Ford unveiled the new Ford Focus in the 2010 North American International Auto Show. The design was a five-door hatchback, with a new 2.0-liter direct-injection engine. The direct-injection engine utilized an injector to get the fuel right into the engine. A five-door station wagon was also created for the 2011 model.

The models that were created shortly after the inception of the third generation began to experience a host of problems. The Ford Focus isn’t the first Ford car to have recalls either. The new models began to experience rust under the bonnet, rust developing on the inside of the trunk lid, paint wearing out on the metal skin of the lid, and issues with the brake lever. These issues pre-dated the 2013 Ford Focus model, which underwent numerous recalls – and was a sign that the issues that had been building up finally came to the pinnacle of problems.

There are numerous types of recalls that can occur within a vehicle. The types of recalls are usually broken down into various categories depending on what they affect, and why the recalls were instated.

Body, Interior, and Other Recalls

Recall Hatchback Can Unlatch With Press of Release Button

This recall happened on September 28, 2016. Ford recalled Focus models between the years of 2013-2017 due to the hatchback button malfunctions. The hatchback release switch might require only one press to open the hatchback – and the design requires multiple presses. For vehicles with a manual transmission, this has numerous reports of occurring. After all, transmission issues are a costly problem, and can involve your car becoming salvaged. This doesn’t comply with the federal requirements of how to open a hatchback, in order to prevent the hatchback from opening unintentionally. If the hatchback opened too easily and prematurely, there is an increased risk of injury.

If this is happening on your 2013 Ford Focus, then you should be aware that a Ford dealership should perform the recall on your vehicle. Ford should notify you of the affected vehicles, and will check for other incomplete recalls on your vehicle.

Door Latches Do Not Secure The Door Closed

This recall happened on September 6, 2016, after Ford noted that they were recalling the 2012-2015 Ford Focus models. The door latches might not fully secure the door closed, and they could open while driving, creating a safety hazard. If the latches do not keep the doors closed while moving, then an unintentional opening could result in a passenger from falling out of the car or getting kicked by outside sources. If the door isn’t secure, the occupants have a higher risk of getting injured. This problem occurs in the 2013 Ford Focus, and is one of the many reasons for recall. If you don’t feel comfortable keeping your 2013 Focus, then these doors can be sold for money while you sell your used car parts.

The Left Rear Child Safety Lock May Not Work Properly

This recall occurred in early 2013, when Ford recalled certain model year 2013 Focus and C-Max vehicles built in 2012. The last recall that is in the body and interior category that has affected the 2013 Ford Focus deals with the child safety lock. The left rear door lock assembly was not put together in the correct manner. This resulted in the child lock not being able to engage properly and efficiently. If the child lock is not engaged, the door can be opened from the inside, which will highly increase the risk of injury to an unbuckled child. If a child doesn’t have their seatbelt on and can open the door, this increases the risk of the child falling out of the car.

The only recall that is in the electrical and lights category deals with the exterior lighting concern. Certain Focus vehicles, such as the 2013 model, are equipped with HID headlights. HID headlights are high-intensity discharge lights, and are usually overpowered by LED lights. LED lights have a longer lifespan, and have an instant illumination, compared to the HID that takes a few seconds to achieve the full brightness.

The recall due to he HID headlights was because the front side marker lights might not function correctly. The vehicle will be less visible to other cars during darker times, such as driving in the night or in tough conditions. If you don’t have the illumination of the side marker lights, it can increase the risk of a crash.

Ford dealers will have to replace the damaged splices with new splices to provide a solution. Engine issues are one of the main reasons that a car can end up salvaged.

Stuck Canister Purge Valve Might Cause Your Car To Stall

Ford had to recall certain 2012-2018 Ford Focus models in October of 2018 due to issues with the 2.0-liter engine. The 2013 Ford Focus has an issue with the excessive vacuum. This can cause the engine to stall while driving without a warning, increasing the possibility of a crash. If you don’t have any warning of an engine stalling and you can’t restart the vehicle, this is a highly dangerous situation caused by the excessive vacuum.

The vehicles with specific gasoline engines, such as the 2013 Focus ST, do not have the powertrain control module update as intended. The recall about issues with the manifold absolute pressure system occurred in December of 2015 for the 2013-2014 Focus ST models. The powertrain control module is a powerful computer that manages the engine’s ignition system, fuel injection, emission systems, positioning of the rotating assembly, exhaust system, transmission, and engine functions. This can cause the canister purge valve to malfunction, and cause the excessive vacuum in the fuel vapor system.

The stuck canister purge valve that causes vehicles to stall has affected numerous 2013 Ford Focus cars. The total number of vehicles affected is almost 200,000 cars, and has been occurring for numerous years. The high number of cars affected shows that this is a widespread issue that is highly dangerous to 2013 Ford Focus owners.

The recall involves parts sold by Yakima, and not the products sold by Ford. However, the Yakima rack is incorporated into the 2012 and 2013 Ford Focus models. Since the racks do not fully contact the door frame, they are more susceptible to fall off during use. If you feel unsafe using your car, there are other steps you can take, like getting rid of a car that can’t be driven again.

What If I Do Not Feel Safe Driving My 2013 Ford Focus?

If you have a 2013 Ford Focus, you should know that there are numerous recalls within the car. The recalls are within various categories for the 2013 Focus, such as the body, interior, electrical, engine, and transmission portions of the vehicle. Due to the high amount of recalls, the 2013 Ford Focus isn’t safe for anyone to drive.

Since the Ford Focus for this year is not safe for any driver, your best option might be to sell your car for some money. First, you need to remove all non-metal parts from the car. You can sell some of these parts for some extra cash, like the seats and electrical components. Second, find a reputable location that can provide you with a fair quote and a trustworthy service. We recommend heading to CashCarsBuyer to earn some money for your junk car, and start saving for a new vehicle!