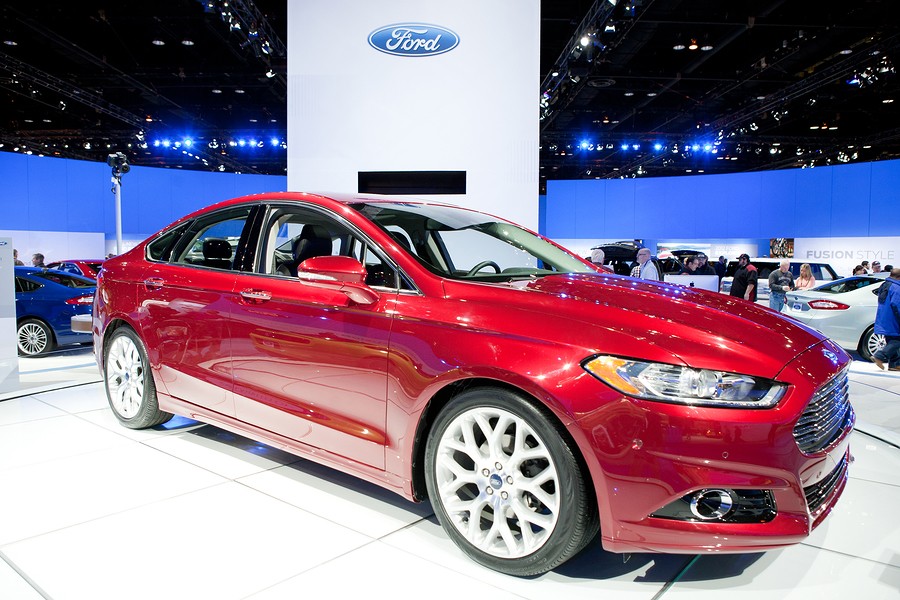 The Ford Fusion is a 4-door midsize sedan manufactured and sold by the Ford Motor Company. Ford Motor Company, also known as Ford, was founded in 1903 by Henry Ford, and has continued to be a staple in the car industry for decades.

First introduced in 2006, two generations of this model have been produced in varying conditions, such as gasoline, gasoline/electric hybrid, and gasoline/plug-in hybrid. The Fusion came about to replace the Mondeo for the Latin American markets, and to come to the market between the Ford Focus and the full-size Taurus. The first generation was from 2006-2012, while the second generation has been widely produced since 2013.

Although Ford is a widely-popular car company, the Ford Fusion has undergone a host of problems – with most of these issues occurring in just one year. The 2012 Ford Fusion has key issues that need to be addressed in order for a car owner to feel safe driving this vehicle. The problems in the 2012 Ford Fusion mainly deal with the steering problems, engine problems, and issues with the brakes, although there are many NHTSA complaints that need to be recognized and addressed.

The category with the most user and NHTSA complaints with this specific model is the steering category. The most prevalent and dangerous issue that affects this model is the power assist steering failure.

The power assist steering failure problem was so prevalent and dangerous that Ford issued a recall dealing with the electric power-assist system. The vehicles affected in this recall have electric power steering assist systems that have been known to shut down as a result of a steering motor sensor fault.

In addition, this issue with the steering is extremely dangerous to passengers within the car, since a loss of power steering assist, and extra steering required at lower speeds can increase the risk of a crash. The date this recall was announced was back in June 2015, and almost 400,000 vehicles were affected in this recall.

Although the power assist steering failure is the most prevalent and damaging issue that is associated with the Ford Fusion problems in the steering category, there are many reports of the power steering failing to work after usage. The steering wheel is directly connected to the car’s power steering, racks, suspension, wheels, tires, and brakes – meaning, any problem with the connections can cause the wheel to vibrate. This problem costs an average of $1,270 to fix, and occurs at just under 100,00 miles. The reported solutions for this issue is to replace the steering unit or replace the control arms and power steering rack.

Despite having numerous issues with the 2012 Fusion’s transmission, the engine has caused some trouble with this specific model as well. The most common issues when dealing with the Fusion’s engine is the vehicle speed control, throttle body failure, and a loss of power while driving. Despite your vehicle having these issues, you can still look into trading your car in without fixing these issues.

The vehicle speed control can be affected and cause you to be unable to accelerate your vehicle while driving. The brakes may also have no desired stopping effect on the car, which causes you to be cruising, with almost no control as to the speed of your vehicle. This has caused 14 crashes, 10 injuries, 2 deaths, and has a severity rating of 10. This problem generally occurs at an average of 55,000 miles, which is very low for a problem like this to occur.

Second, the throttle body can fail while driving, prompting a throttle replacement. A symptom of this problem is your car stalling, and you can’t accelerate your vehicle. The check engine light might accompany this loss of power, prompting you to pull your car over to the side of the road. An issue with the throttle body position sensor can affect how your car runs. Sometimes, you can wait a few minutes and then restart the car in order to get to your desired destination. This is a dangerous problem that generally happens at 44,000 miles and has a severity rating of 9.

Lastly, you could experience a loss of power while driving. Users have reported that their vehicle loses power, their accelerator won’t respond, and the problem can’t be fixed despite replacing the throttle body. You might also have a worn-out accelerator cable, which causes your car to take a long time to accelerate. This occurs at 70,000 miles typically, and has a severity rating of 9, due to the danger associated with a lack of control in your vehicle.

The 2012 Ford Fusion so far has had steering issues, engine problems, and is now joined by faulty brake concerns. The top issues within this category deal with the electronic stability control, the service brakes, and the traction control system.

The electronic stability control causes the car’s power steering to be very difficult to control, and can sometimes cause the power steering to completely seize up while using. This has caused 7 crashes, one injury, and occurs at around 75,000 miles. With a severity rating of 10, this requires the owner to check the traction control system in order to diagnose the issue.

Service brakes within the Ford Fusion have also caused a headache for multiple owners. Users have reportedly pressed the brake pedal to the floor, but a limited amount of braking power was provided, meaning it took a lot longer to stop and more effort to slow down. You might also feel your car wobbling or scraping while you brake. This has caused nine crashes, four injuries, and occurs at just below 60,000 miles. Buying new brakes for a Ford Fusion costs an average of $185-$209, with labor costs between $88-$112.

The last braking issue goes hand-in-hand with electronic stability control. Both of these issues require the user to have their traction control system diagnosed and, ideally, fixed. Unfortunately, this problem might not have much to do with the traction control switch, but deals with a glitch, causing the brake hydraulic control unit to remain open. Ford recalled over 600,000 vehicles due to a valve within the hydraulic brake control unit sticking open, preventing the driver from being able to brake.

The 2012 Ford Fusion clearly has issues in numerous categories, with the drivetrain and powertrain being no exception. There are multiple reports of the vehicle experiencing a jerking sensation every time before accelerating. The car also has issues switching between gears, the advance trac light coming on, and the brake pedal not working correctly. These problems have caused at least two crashes, and occur at an average of 62,000 miles. Having a powertrain warranty can ensure that you won’t spend top dollar to fix your vehicle.

Regarding the electrical problems with the 2012 Ford Fusion, the main issues are electrical failure while driving, battery dying, and the engine not starting.

The electrical failure causes the Fusion to shut off without any warning lights indicating the problem. The car can’t be driven when the electrical problem occurs, and sometimes can’t change the gear from one setting or the next. Unfortunately, this isn’t the only Ford model with extreme electrical issues. There are reports of the headlights and indicators failing to work while the user tries to start and drive the car. There are some instances where the car will all of a sudden start working, but the electrical will fail while driving, causing all of the lights to shut off, creating a very dangerous situation. This occurs at around 58,000 miles and has a severity rating of 7.3.

The battery dying in the Fusion is a common occurrence with this specific year and model. There seems to be an issue with the battery draining, and Ford not recognizing this as a detrimental problem that needs recalling. The average cost of replacing a battery costs between $209-$217, with labor costs ranging from $26-$34.

The last electrical problem deals with the engine not being able to start. This goes together with the battery dying, since the engine not starting generally occurs after a driver jumped their car due to a dead battery. The average mileage of this problem is around 62,000 miles, and has a severity rating of 6.5.

Despite the steering, engine, and braking categories all garnering more user complaints than the seatbelt/air bg category, the NHTSA has issued over 300 complaints due to the unsafe manner that the airbags operate in. In addition, there have been two recalls directly associated with the airbags in the 2012 Ford Fusion.

The first recall was announced in January of 2017. Ford Motor Company recalled 2012 Ford Fusions that were equipped with certain air bag inflators that were assembled as a part of the passenger frontal air bag modules. If a crash occurred and the airbag should deploy, the inflator can rupture due to the propellant break-down occurring after long-term exposure to humidity and various temperatures.

When an inflator ruptures, the metal fragments can strike the vehicle passengers, resulting in injury or death. Ford was in charge of notifying the owners, and dealers are responsible for replacing the frontal airbag inflator for no fee. Over 650,000 units were affected in this recall in 2017.

The second recall was in January of 2019. Ford Motor Company recalled certain 2012 Ford Fusion models that dealt with the same issue – the metal fragments hitting the driver or other passengers, causing serious injury or death. The difference between this recall and the previous one was that the inflator could explode, instead of just rupturing. Ford was in charge of notifying owners, and dealers were responsible for replacing the passenger frontal air bag inflator for no fee.

What If I Don’t Feel Safe Driving My 2012 Ford Fusion?

If you have a 2012 Ford Fusion, you might not feel safe driving this vehicle due to the ample amount of safety problems and recalls associated with this year’s make and model. The numerous engine issues, electrical problems, braking concerns, steering faults, and airbag safety issues have made this an unsafe vehicle to drive. Also, driving a vehicle that has known recalls is an unsafe and risky choice that can put the lives of everyone in your car at risk, especially due to the extremely-dangerous airbag problems.

We recommend bringing your vehicle to a reputable location that can provide you with a fair quote for your junk car. First, remove all of your non-metal components before bringing in your vehicle. You can sell these for extra cash before selling your car. Head to CashCarsBuyer to obtain a fair quote, reliable service, and deal with trustworthy individuals who know what they’re talking about.